Behind the Scenes with NASCAR WAG Eva Busch 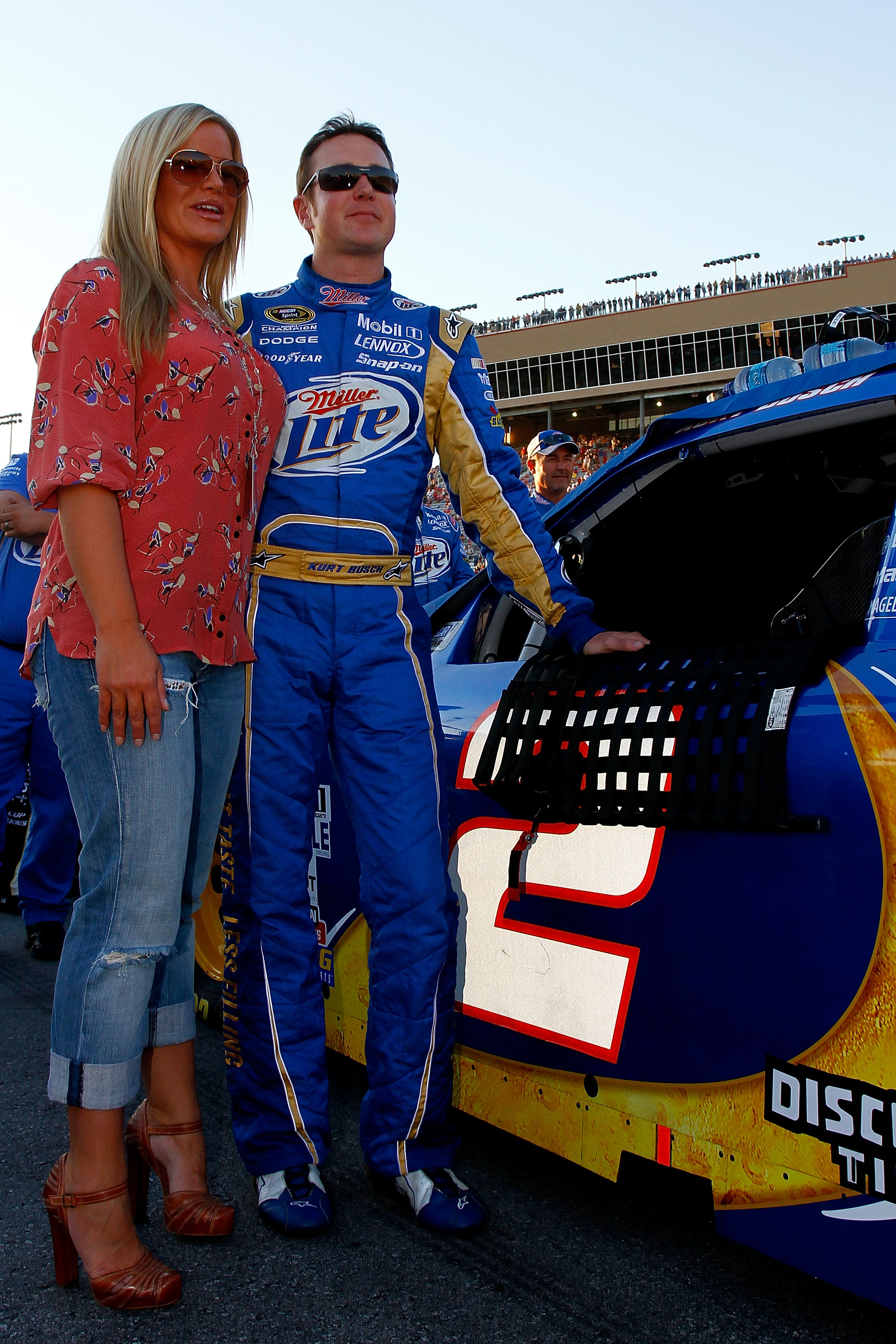 The most famous and controversial brothers in this NASCAR era have to be Kyle and Kurt Busch.

Behind elder brother Kurt stands his loving wife Eva Bryan Busch.  She has been with him through the good and the bad, including a Sprint Cup Championship in 2004 and a six-month feud with his brother after the 2007 All Star Race. 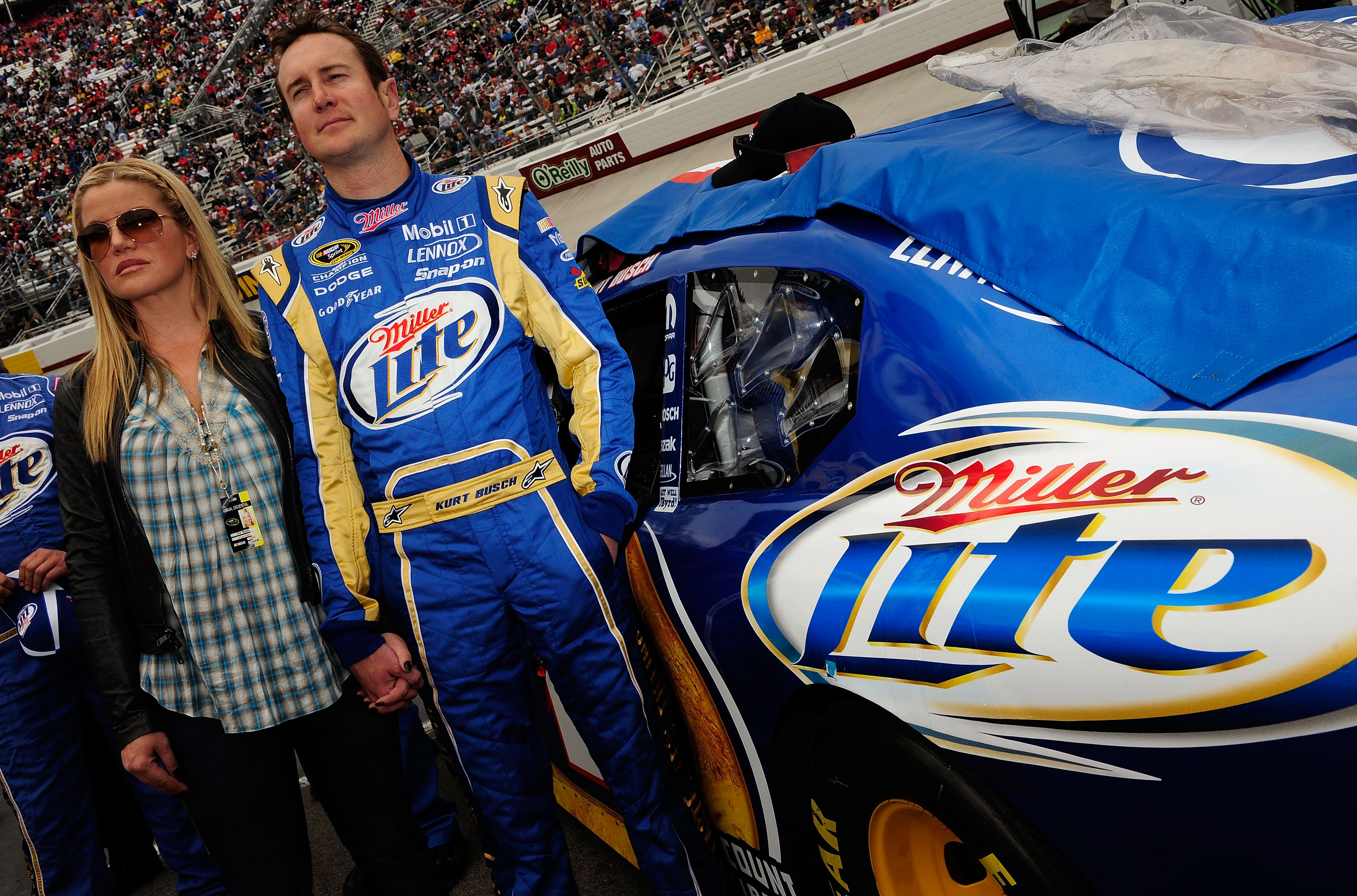 Before Eva met Kurt, she worked at First Virginia Bank.  She had graduated from Old Dominion and lived in Virginia Beach, Virginia.

When set up on the blind date by Kurt’s spotter, she was told that he was a veterinarian.  That ruse was quickly ruined when she saw his face on TV at the restaurant for taking second at Pocono the weekend before. 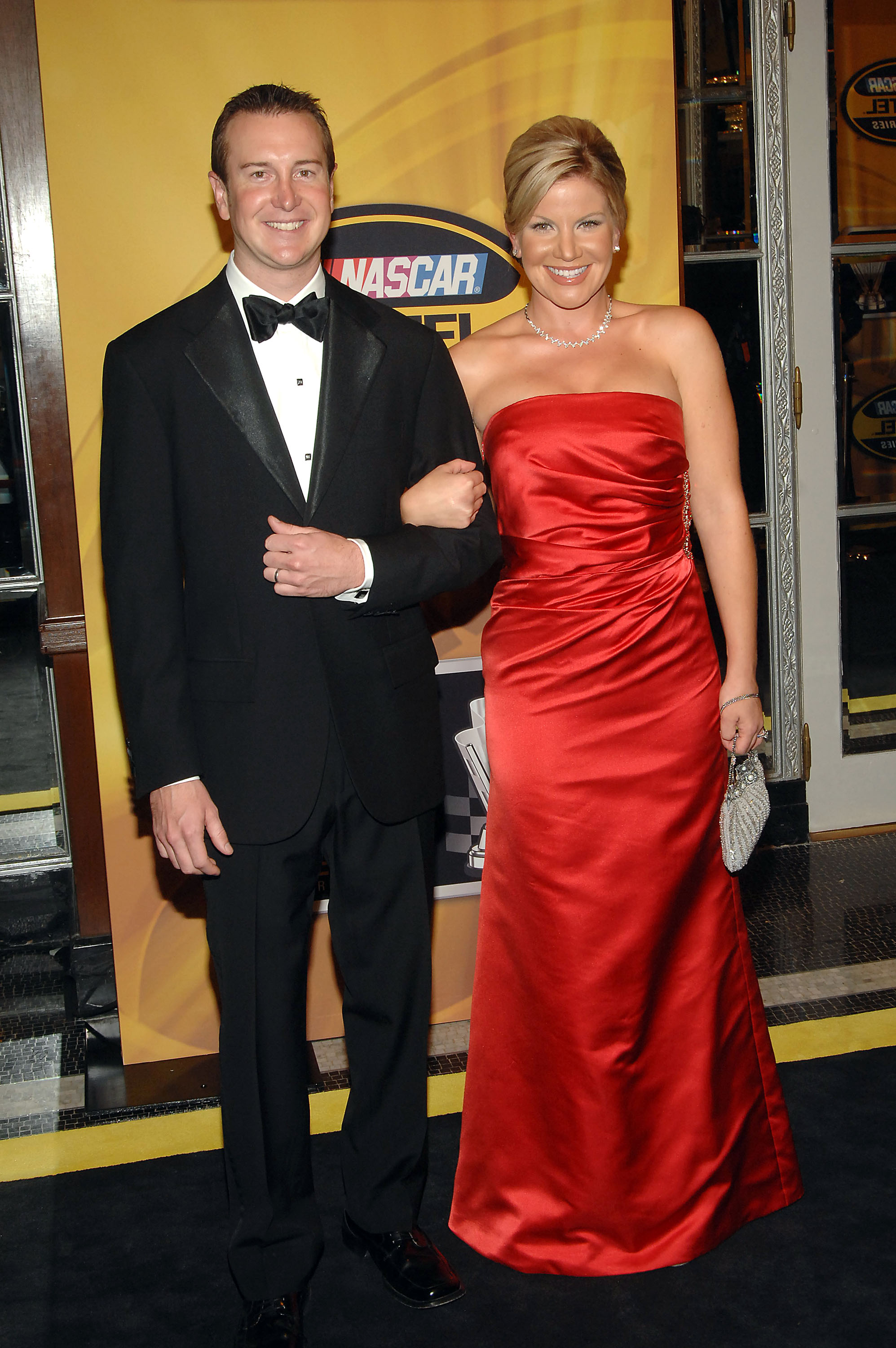 Eva currently is the vice president of Kurt Busch’s racing company.  She has also taken a low-key role in multiple charities, including her husband’s.

The Kurt Busch Foundation has many events throughout the year that Eva helps to plan and run. 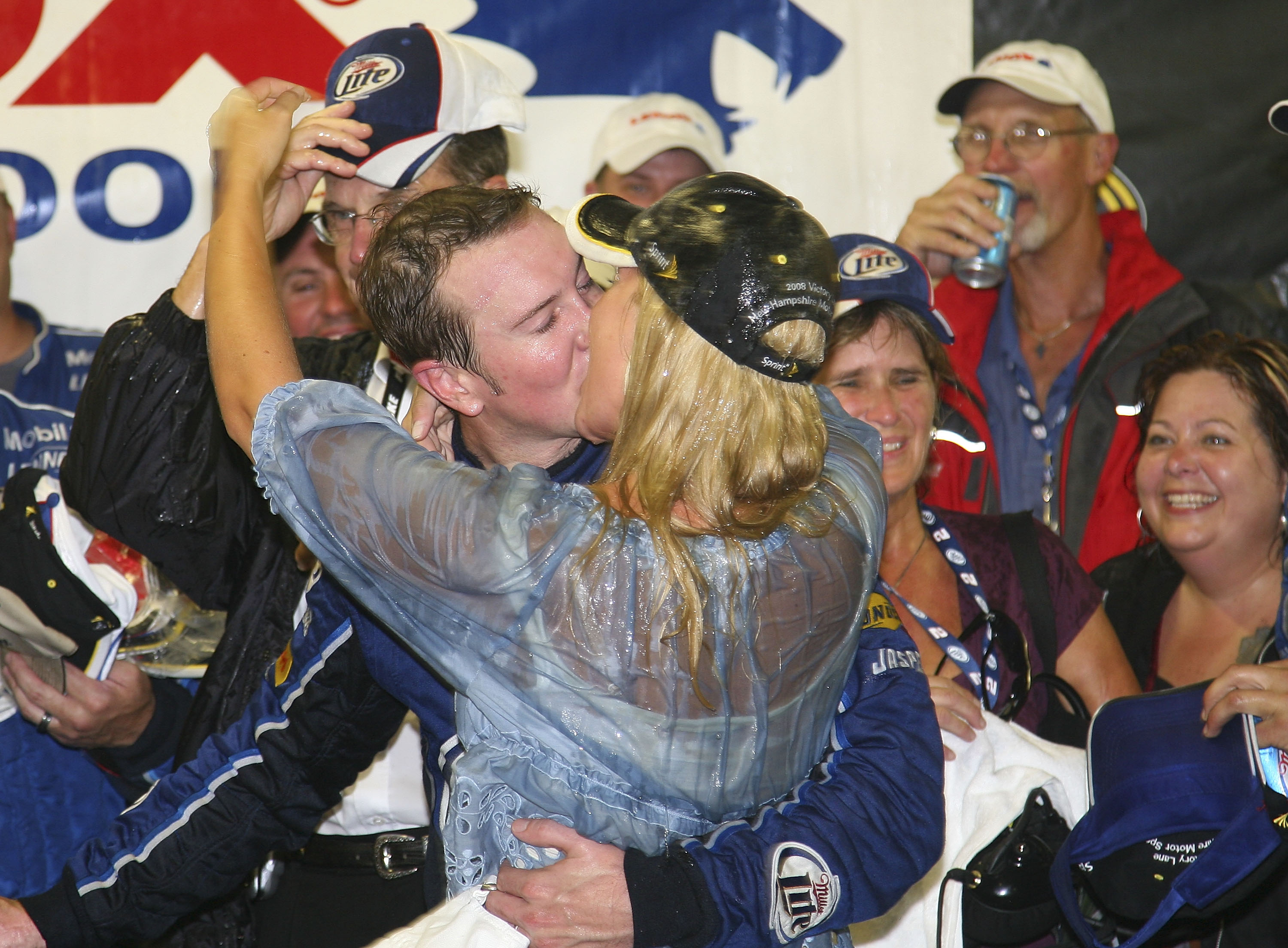 The Busches have no children, but like many NASCAR families, they have pets who are their "children".  There is no word if they plan to join the NASCAR baby boom, but if they do join the current trend, I am betting Kurt hopes the due date is July 27th. 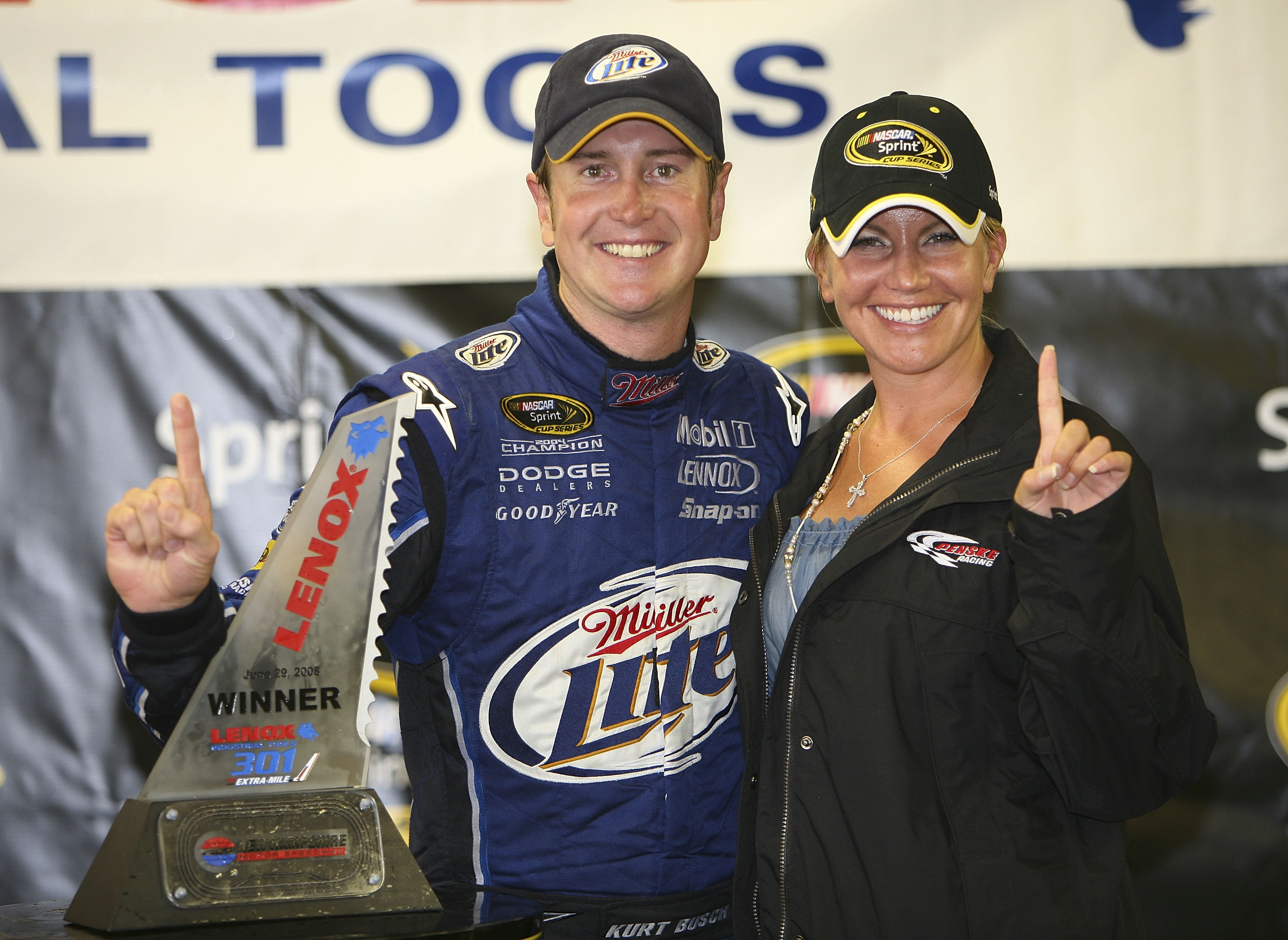 Eva is one of the lower-key wives in the Cup series, but her husband and his brother more than make up for her quietness.