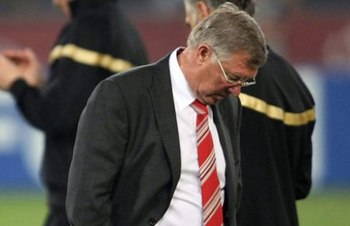 The Premier League is four matches old and Manchester United is struggling to catch up to defending champion Chelsea, whom they trail by four points.

Sir Alex Ferguson's Red Devils also had a poor Champions League outing last night as they failed to break a gritty Rangers defense. Earlier in the weekend, they had conceded two quick late goals as they drew against Everton.

The Red Devils were seen as the major challenger for Chelsea's EPL title. But by what they have shown on display in the past month it seems that they will fail yet again to stop Chelsea from defending its title.

In the following slides we will take a sneak preview into the five reasons why Manchester United will not be crowned Premier League champions. 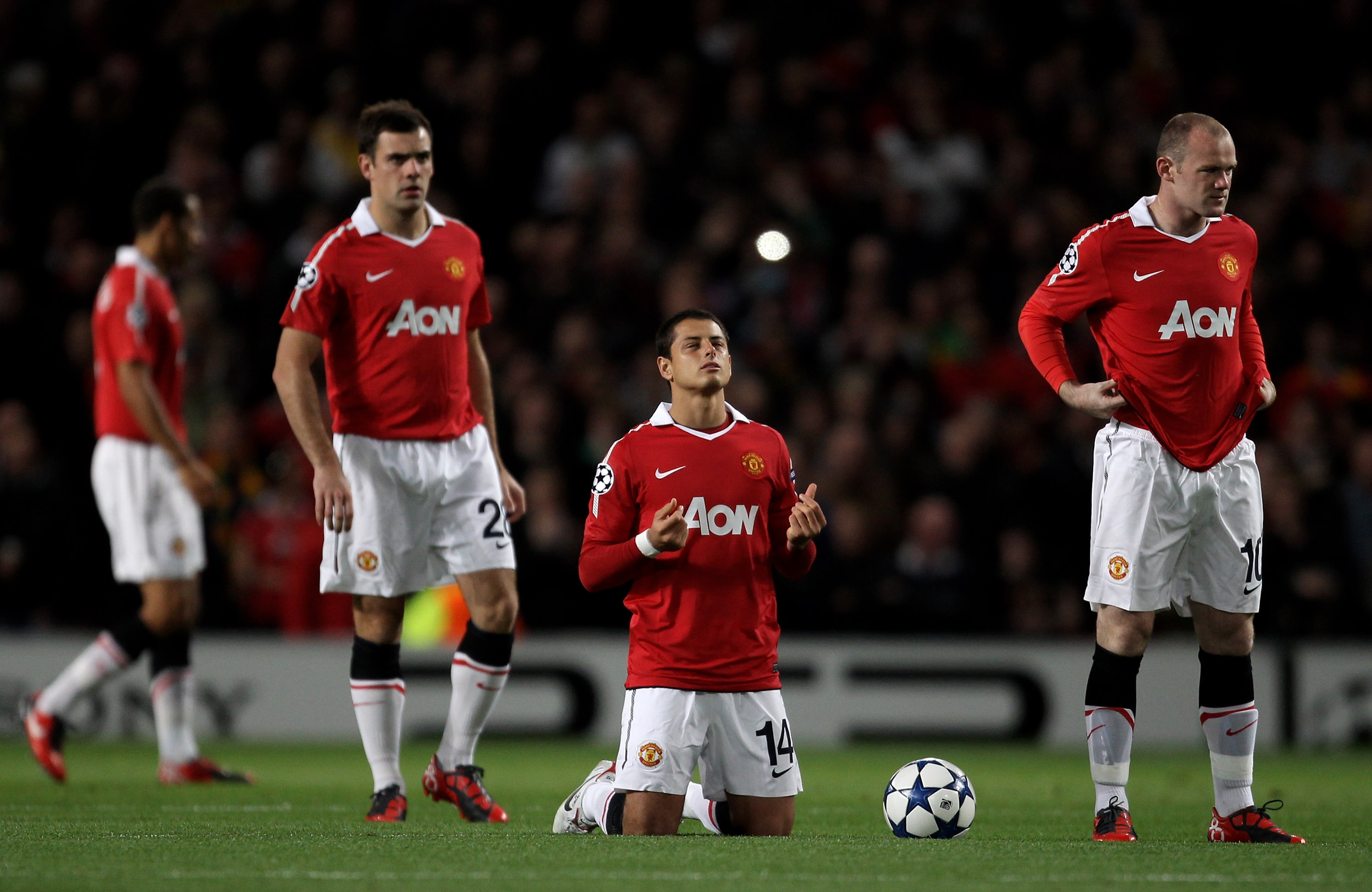 Sir Alex Ferguson has been seen as the propagator of young talents. Be it Beckham or Ronaldo or Rooney, old Fergie has created gems out of virtually unknown youngsters with potentials.

But it seems that quality is missing nowadays, as the youngsters signed by him or promoted as world beaters have really been below-par in their performances.

Except the promising youngster Javier Hernandez, none have been very impressive. Be it youngsters Fabio, Rafael, and Johny Evans in defense, Anderson in midfield or Macheda in strike none of the youngsters has shown enough to subsist Sir Alex's claims of them being world-beaters.

While other top clubs have a host of talented youngsters plying their trade, and preparing to take on first-team responsibilities United's youngsters still seem to lack that extra edge to don Red Devils' colors. With United's prime players on the verge of retirement, the lack of quality players will take its toll as the season continues.

Sir Alex has no ideal replacements for his ageing stars, and it is going to take a lot in United's performance as was proved yet again in last night's game against the Rangers.

Lack Of Money To Spend 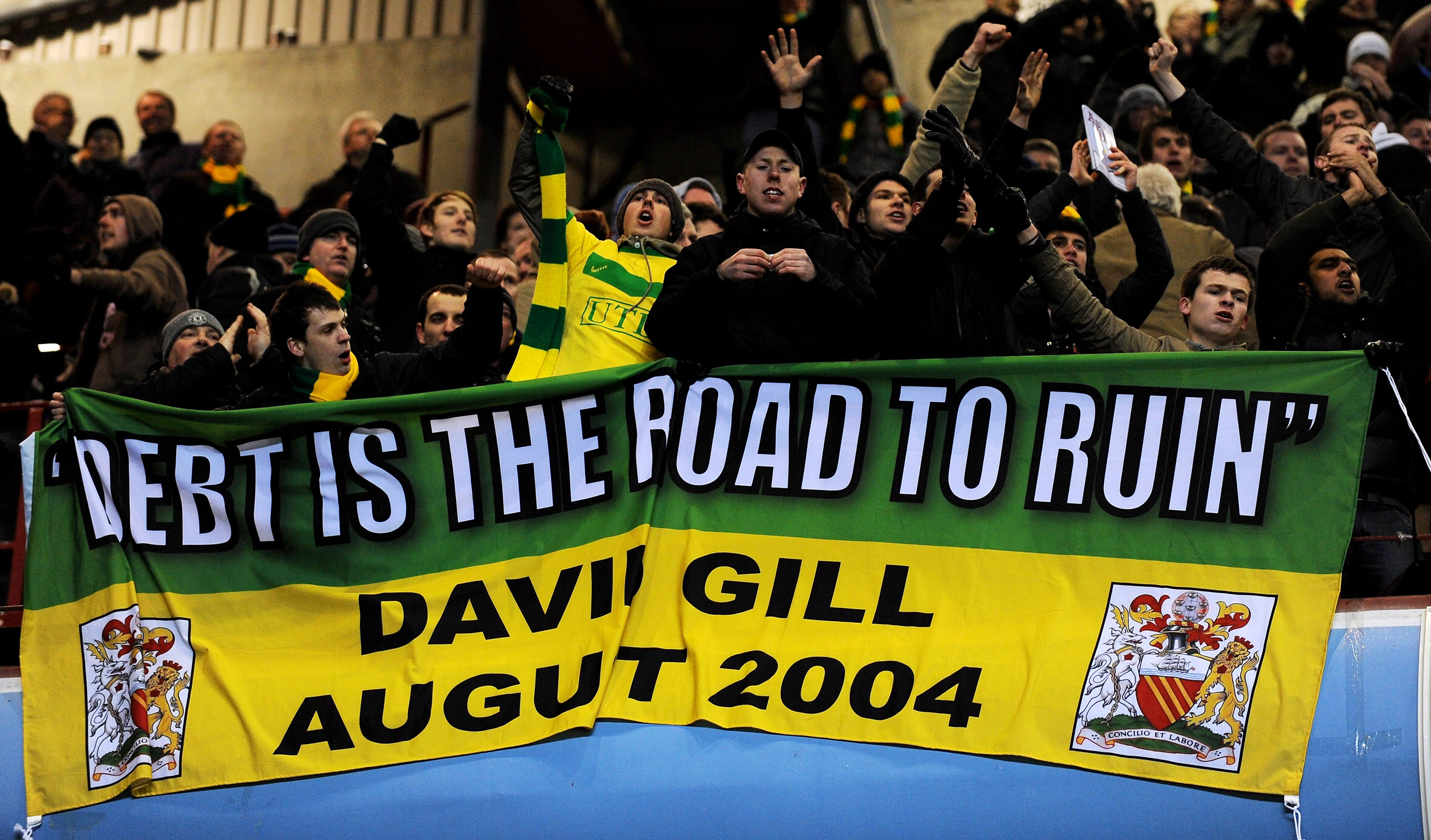 Manchester United's owners have dragged the club into huge amounts of debt, and that has taken a toll on their transfer funds.

This transfer window saw United very passive in the transfer market as they only bought youngsters at cheap rates which underlined Sir Alex's limited funds. Though neither the United manager nor the Red Devils' owner are ready to concede, but it is now a known fact that Manchester United is struggling for funds.

Sir Alex has failed to find any ideal replacement for CR9 as well as Carlos Tevez. Moreover, his ageing midfielders cannot play a full season. So Ferguson needs to sign some quality players to replace the likes of Giggs, Scholes, Ferdinand, and Neville.

The lack of sufficient money stopped United from competing with high spenders like Manchester City and Real Madrid, who pipped them in signing some top players who were on Fergie's radar. With Ferguson showing not much interest in making any new moves in the winter, the lack of players to hold fort will stand in the way of United and the Premier League title this season. 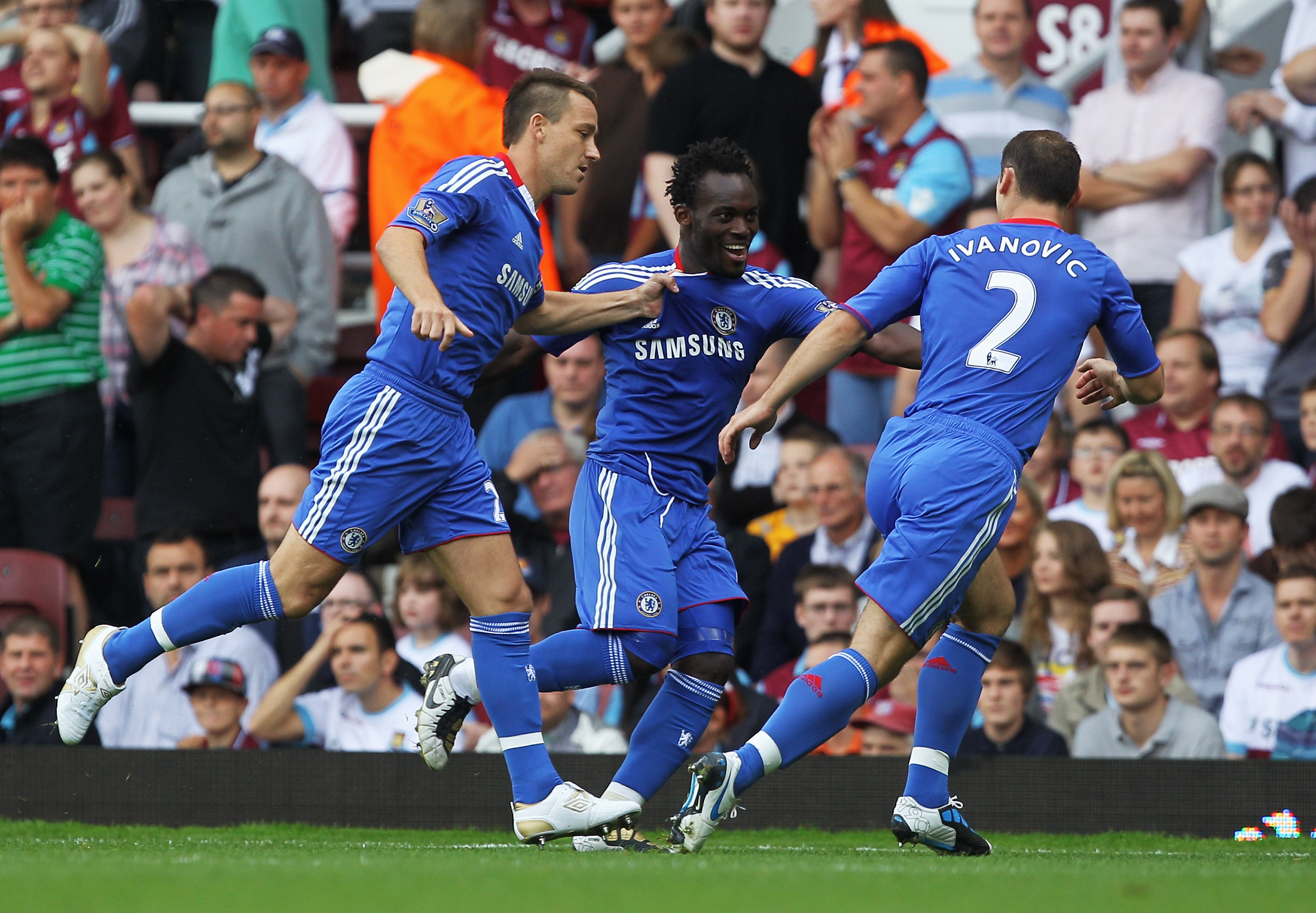 The Double winning Blues' have started off their new season in style registering 17 goals and conceding only one.

After a poor preseason, the West Londoner's made the most of their comparatively easier fixtures and shrugged off any rustiness they had. Ancelotti's men presently seem the most fearsome team in the Premier League given their form and style of play.

Though they face some tough fixtures over the next couple of weeks, they are still the favourites to defend their title unanimously. They are now the best team in the league and unless something ominous happens it does not seem that this Blue Blizzard is going to stop anytime soon.

Manchester United has already started its new season, fumbling and stumbling at Fulham and Everton, which saw them concede late goals and be satisfied with a draw. They are already four points behind league-leader Chelsea, and does not seem impressive.

With Rooney's lack of form, ageing stars and now Valencia's injury, it seems the season may end in a nightmare for Fergie's boys if not worse.

If Chelsea continues its blitzkrieg form as they are expected to do, the Scots dream of winning a 19th Premier league title with Manchester United will stay just a dream, an unfulfilled dream. 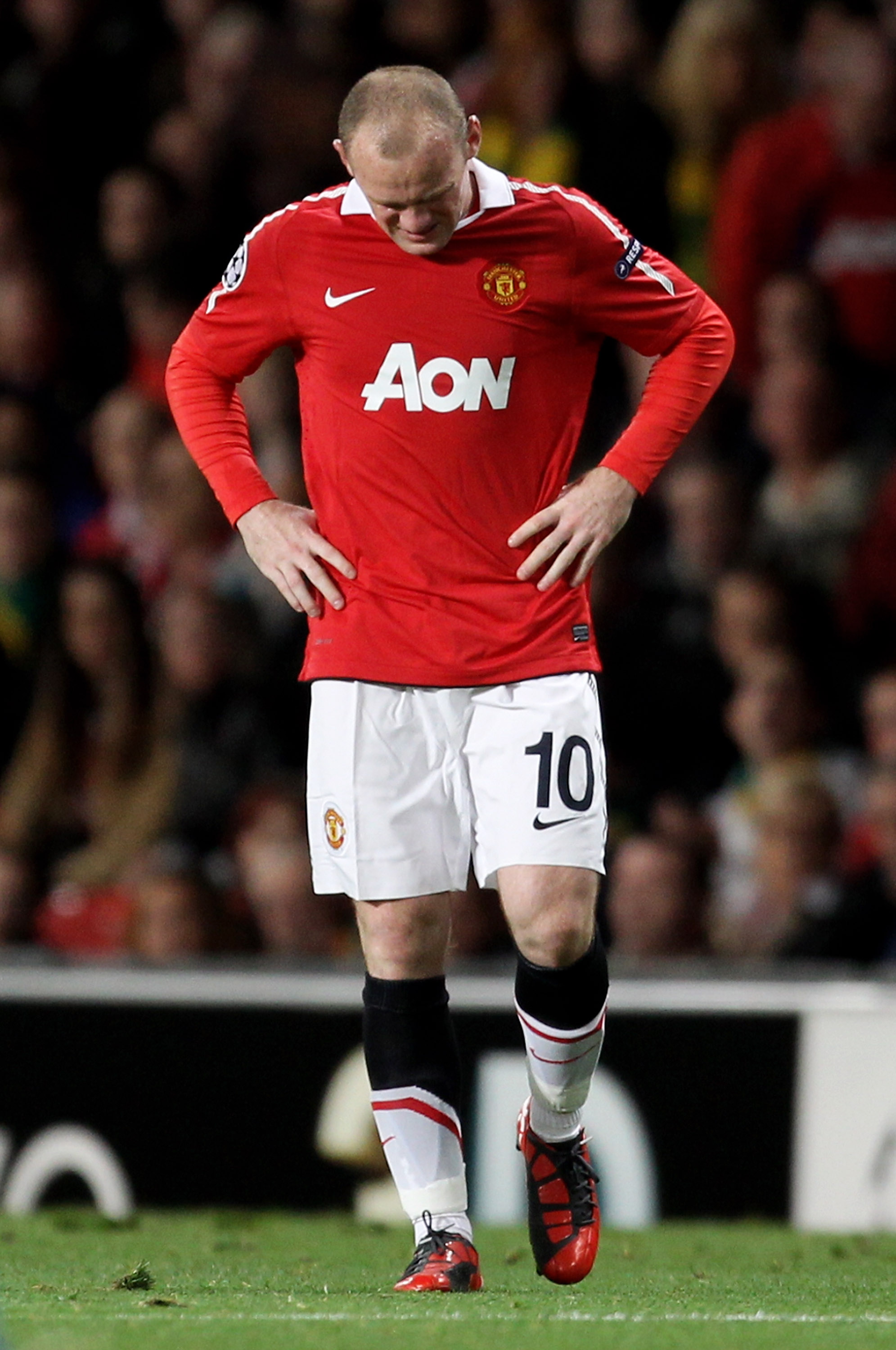 Manchester United's star striker and Sir Alex Ferguson's Mr. Dependable has been in the news lately for all the wrong reasons. After a disappointing World Cup that saw him cut out as a lame figure at England's attacking front, and an equally poor start to the new season it was revealed that he had been using the services of a prostitute while his wife was pregnant with their first child.

It might have been his increased libido at work when he cheated on his wife or some form of weird fantasies. Though no one will never know the reason, what everyone will know is that Rooney will never command the same respect as before and this scandal is going to take a toll on his form, which it already has.

It was the reason he was rested in the Everton game, and could manage only a half-chance in last night's game against the Rangers. The former Everton player who has a history with prostitutes has been a shadow of his earlier self, lacking that sharpness and flair in front of the goal. His form from the previous season has vanished in thin air, and that should be causing sleepless nights to the United faithful, as well Sir Alex.

Though Dimitar Berbatov is in good nick at present, his past history tells us that he is unable to carry a team like the United on his goal-scoring boots through the whole season. The moment he stops scoring, the United will be in further trouble.

Without goals they cannot dream about winning their 19th Premier League title. 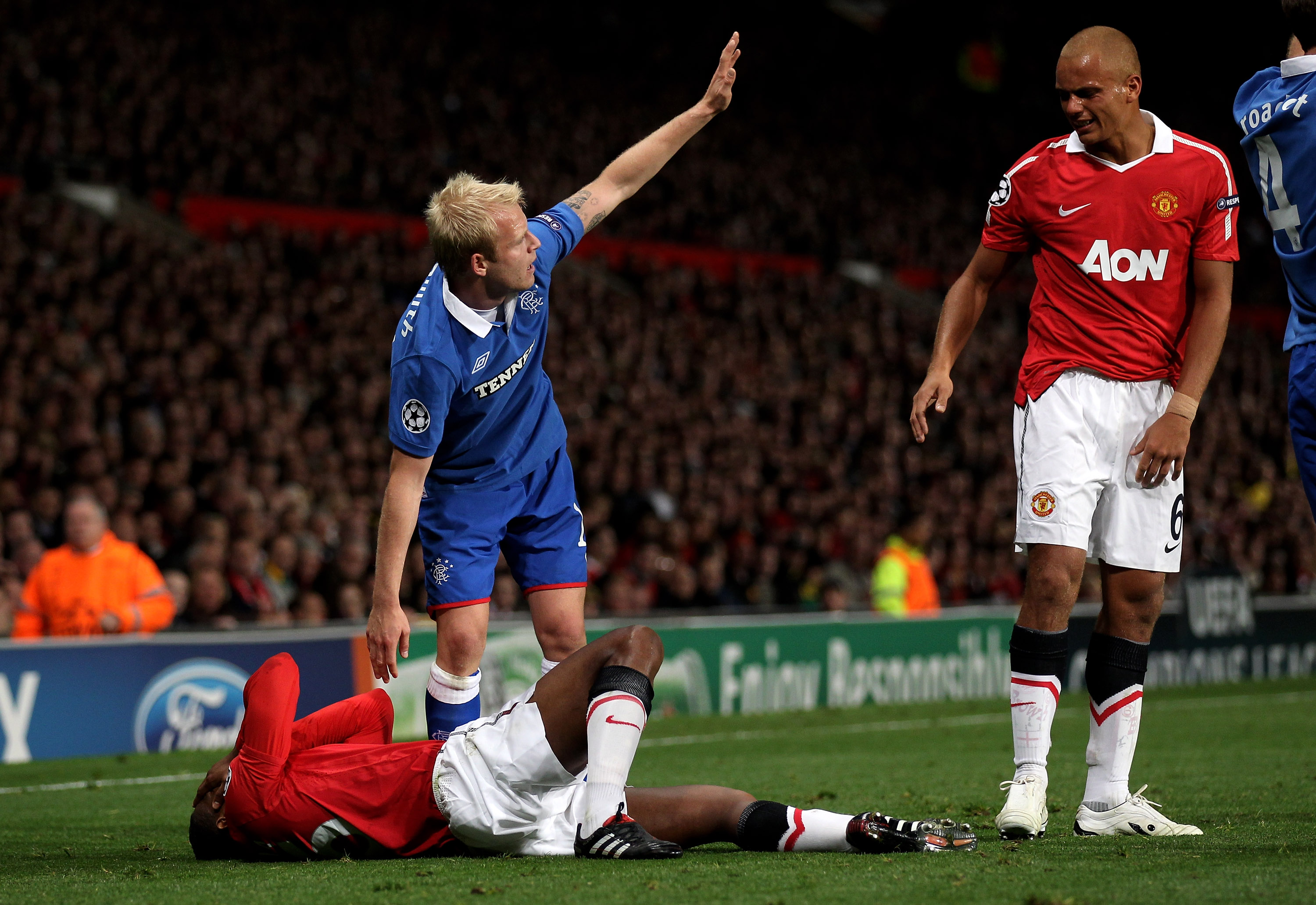 Yesterday's Champions League outing at home against the Scottish champion Rangers turned from bad to worse, and then to horror as the Old Trafford crows watched their in-form and impressive midfielder Antonio Valencia being stretchered away from the field with a dislocated and broken ankle.

Sir Alex Ferguson has already announced that Valencia will be missing the rest of the season. Valencia's injury will heap tremendous pressure on Fergie as he looks to replace his able winger. He has only three wingers at his disposal in the likes of Nani, Obertan, and Giggs. With the youngster and inexperienced Obertan still remaining far from being fully tested and Giggs, who will be 37 in two months time, is not expected to play every game there will be immense pressure on Nani.

So Ferguson faces a problem in the lack of a quality winger, and that will affect the Red Devil's performance undoubtedly. With the United already four points behind defending champion and title favourite Chelsea, Valencia's injury will not help Manchester United to keep pace with the high-flying Blues.

The Ecuadorian's absence will take its toll on Manchester United's performance, and it will turn out to be a reason for the United's failure to be crowned Premier League champions. 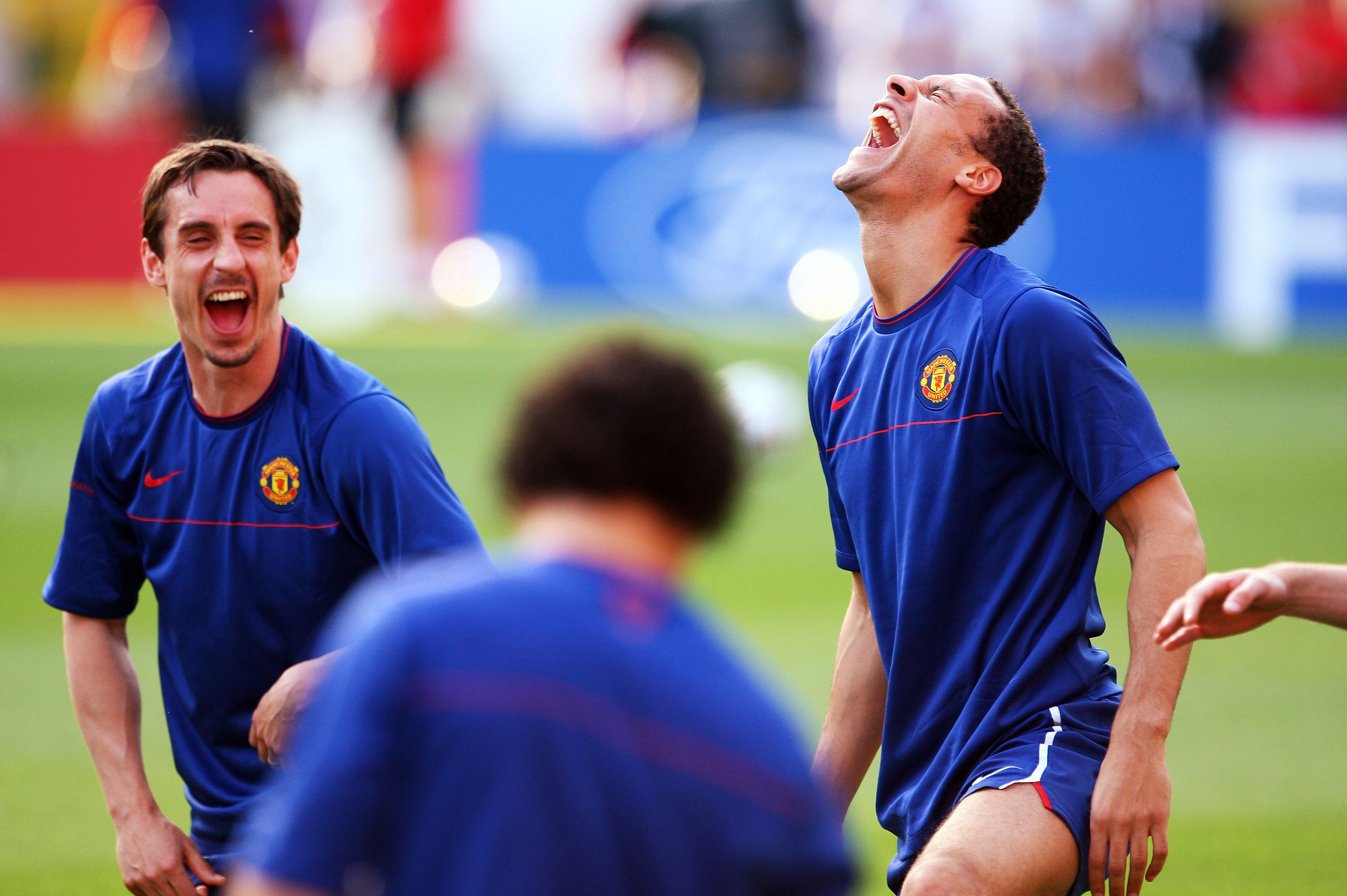 What should be more worrying for Fergie rather than Rooney's form or Valencia's injury is his poor defense. Ferdinand & Co. have conceded five goals in their four Premier League outings.

The United defense lacks the harmony and compactness from last season. Ferdinand seems rusty returning from his injury, and Wes Brown too looks jaded at times. Age has taken its toll on Gary Neville, and Patrice Evra too seems overworked at times. Nemanja Vidic is missing his previous season's sharpness, while the youngsters have yet to impress.

The United defense was previously deemed to be impenetrable, but this season it looks vulnerable and if this continues then United will be in lots of trouble. New signing Chris Smalling has yet to impress, and with the United still to face some tougher opponents, it might get more difficult to hold fort.

If their defensive performances against mid-table clubs Everton and Fulham are anything to go by, then the Red Devils will have a harried time with their more tougher opponents both in the domestic as well as European level.

So without a strong defense they have no chances of winning their record-breaking title this season.