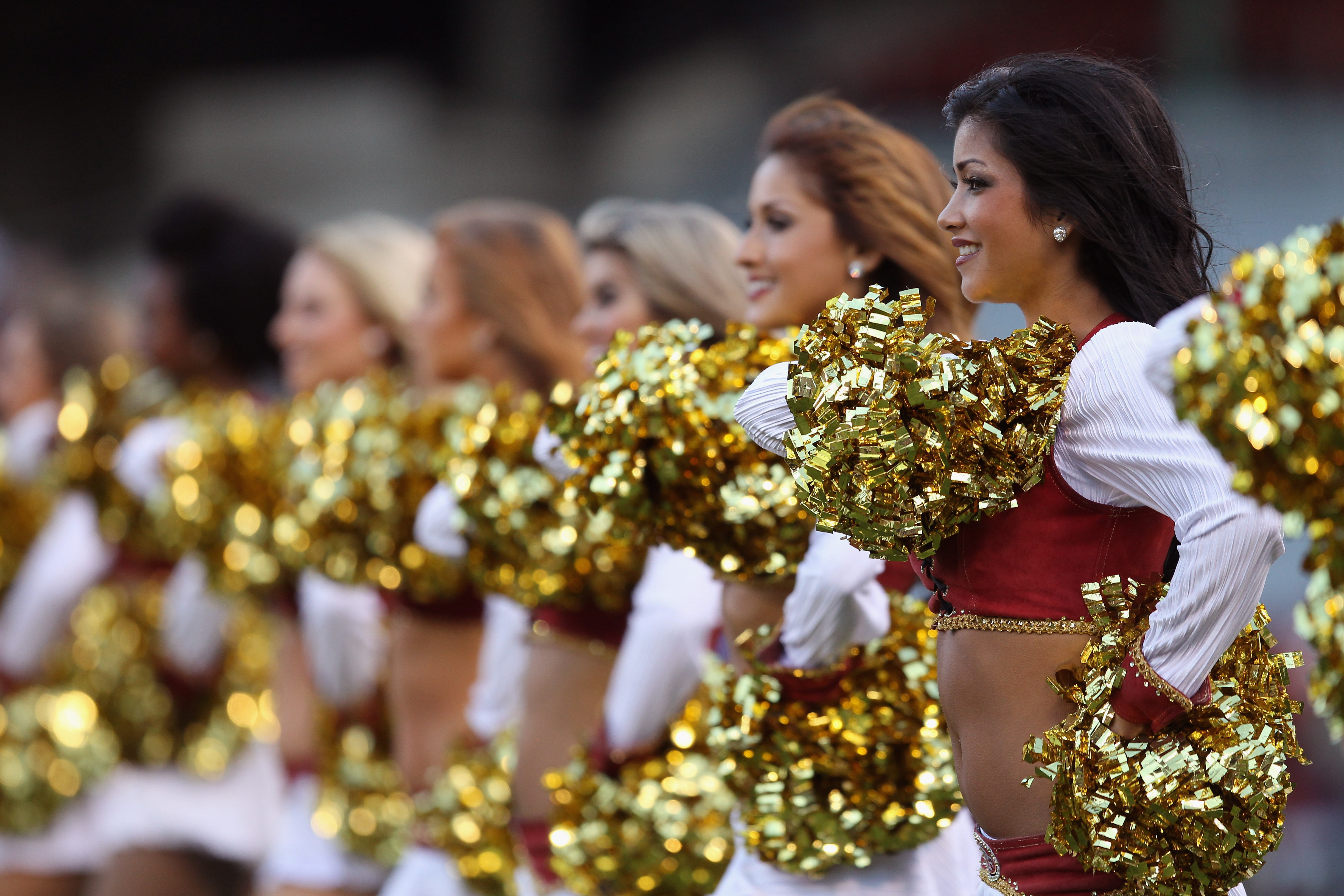 I want to get with them.Ezra Shaw/Getty Images

For me it's like college football but way better.

In the second game of the preseason Taylor Mays made his first play that 49er fans will hopefully see for years to come.

From a revious article:

"Taylor Mays in the secondary took advantage of a new NFL rule that allows a defender to knock a player out of bounds to make the play an incompletion.  The old rule was more fair where a receiver could still make a reception if knocked out of bounds by a defender; nonetheless Mays demonstrated the increased value of a hard-hitting safety by knocking the receiver out of the air and entirely off the field to make the call an easy one for the officials.  It wasn't a hit for the ages (like the one Nate Byham took) but Mays made the play and the pass went incomplete."

Look how confused #49 gets.

David Carr takes command like you want a QB too and throws a beautiful pass.

Nate Byham was drafted as a blocking TE and went and and got this ball showing he's got some hands too.

Dixon dominated this game and made Indy look real thin.

This game is why so many 49er fans are high on Dixon.

Gore didn't play much in pre-season but Mike Singletary gave him the start against The Raiders to see what kind of chemistry he would have with his newly drafted Offensive Line.

This was Gore's first run in over Eight months.

Things are looking up!

#6: Anthony Dixon's TD Against The Chargers

Anthony Dixon has a hell of a game against the Colts in week 1 and fell off until this run in the final preseason game.

This run in one word is dynamic.

#5: Patrick Willis Sticks It To Favre

Brett Favre's first game back this year was against the Niners.

Favre was only in for four plays and this was one of them.

Minnesota handed the ball off after this play and got Favre off the field for good.

Shut up about Favre already.

Nate Davis showed what he can do here when he learns the playbook.

Check out the view from behind the goalline and listen to the audio.

2010 7th Round draft pick CB Phillip Adams got a chance to show what he can do on special teams and cemented his spot on the team on this play.

10-0 Colts after the first quarter.

Reggie Smith picked off this deflected pass from the Colts' backup QB and put the Niners on the board.

#1: Opening Drive Versus The Vikings

This is what we want to see from Alex Smith.

He completed on three straight 3rd downs and did it all with no Vernon Davis, no Michael Crabtree, and most of all no Frank Gore.

Delanie Walker showed he's ready for the season to start.  The Line looked awesome.  Dixon finished off the drive with a spectacular run.

The Vikings have an elite starting defense in the league and if the 49ers can consistently start games like this then it's going to be a fun year. 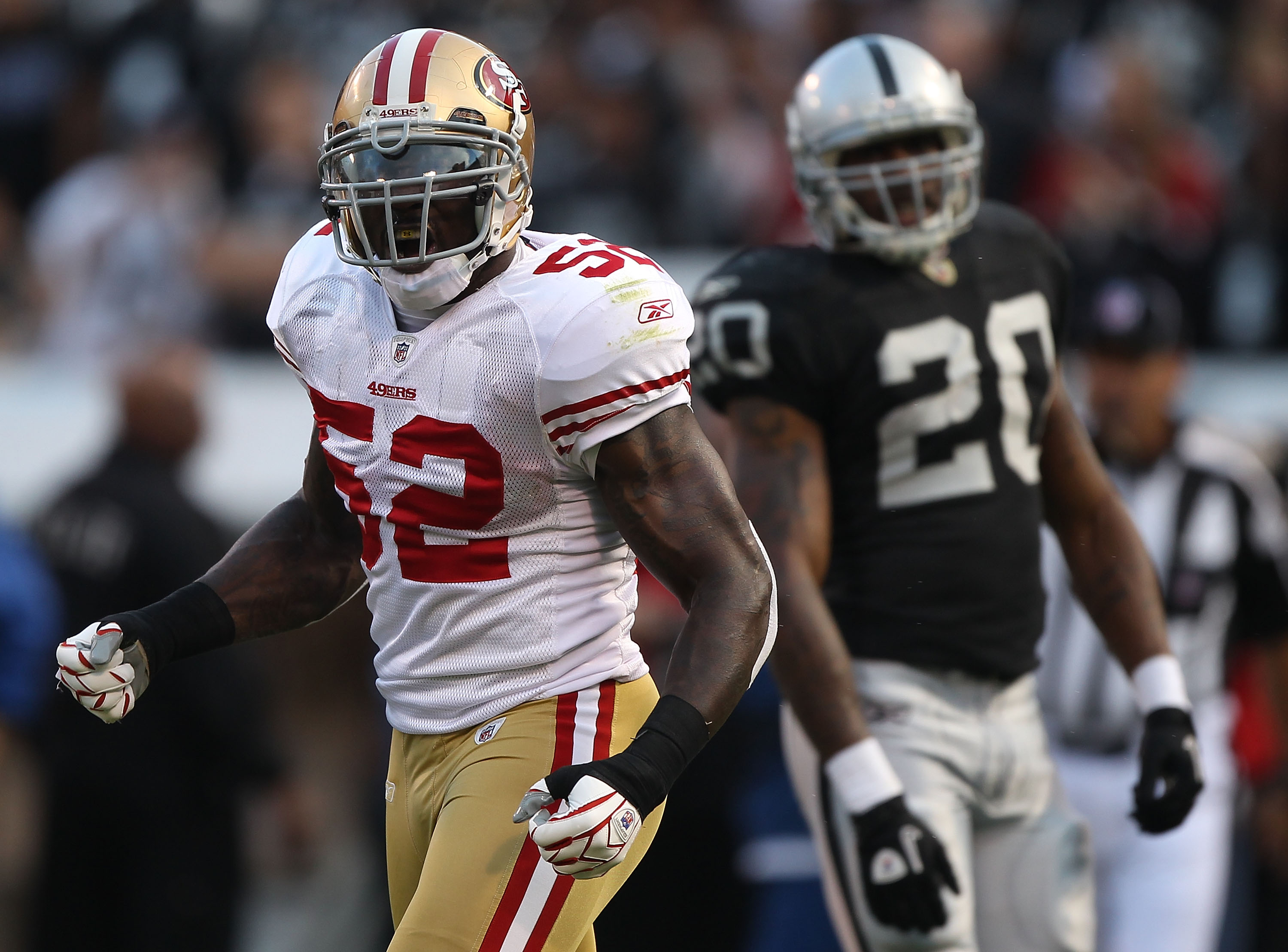 Do it in the comments section below by copying and pasting the url from a site like youtube.com or describing it yourself!

On To The Regular Season 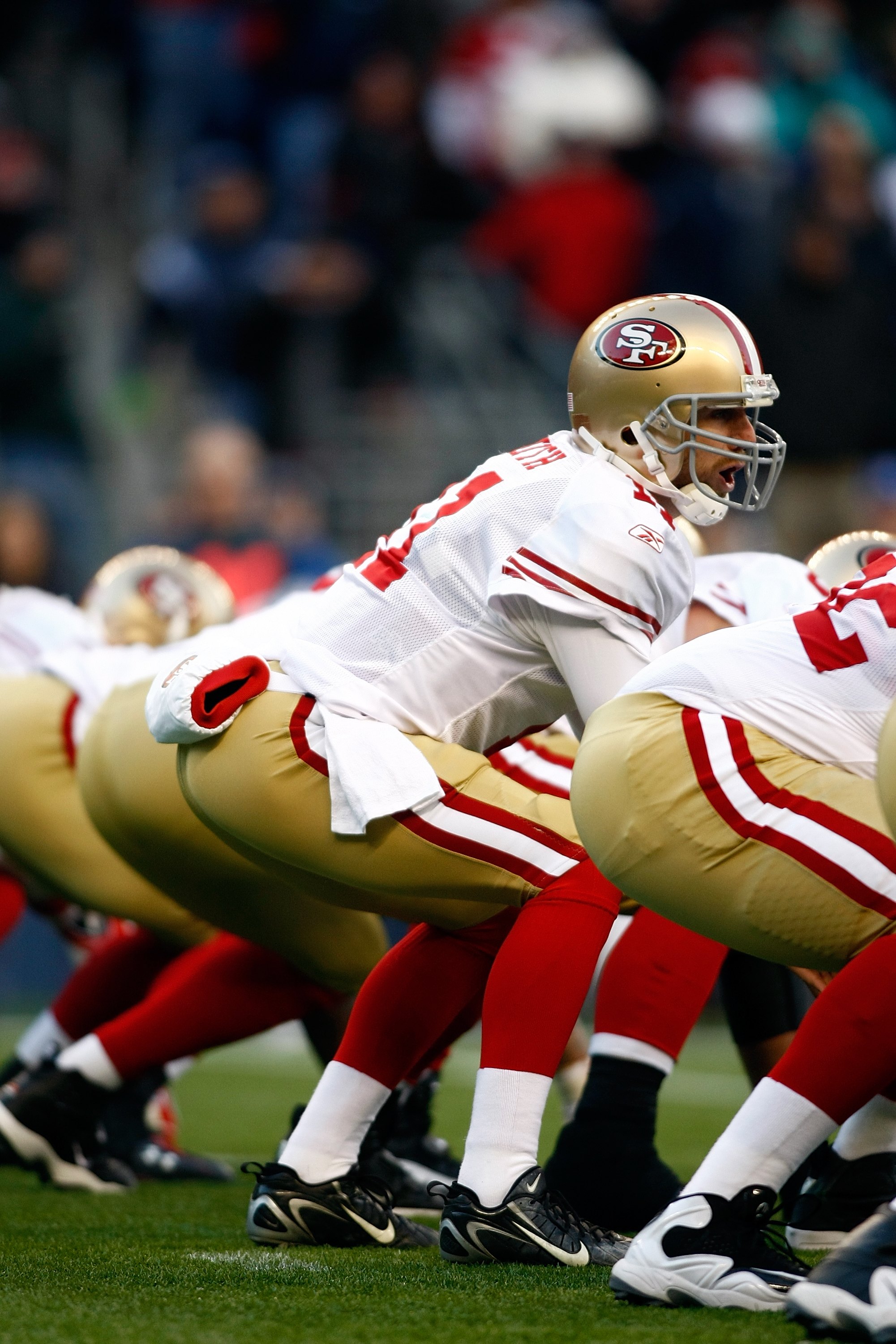 Now the games count and the 49ers are certainly ready for game #1 versus Seattle.

Check out my article here for a week one preview: