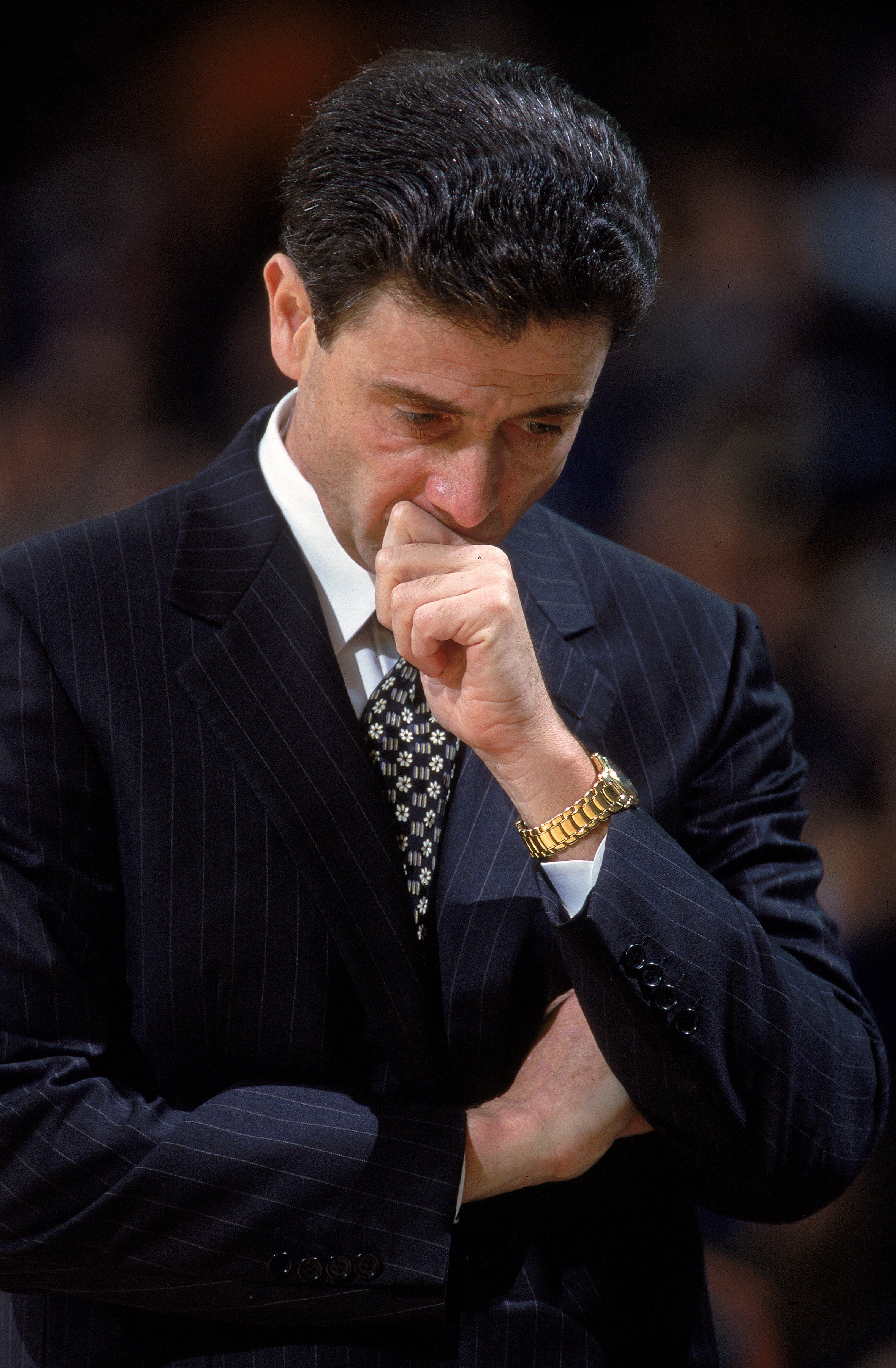 First of all, why the 1989 line of demarcation? Well, that was the first year the NBA had only two rounds in the annual draft, increasing the importance of your first round selection. There were more teams grabbing into a smaller pot, so your margin of error was reduced.

Second of all, I don't have all day to devote to this...had to draw the line somewhere!

I'm looking solely at first round picks here. You can't fault anyone for a boo-boo in the second round.

In this time, the Celtics have had very few draft days that didn't leave you shaking your head. Antoine Walker and Paul Pierce were no-brainers, but there have been many, many more that just seemed silly at the time.

On a couple of these slides, the gaffe won't be the particular player selected, but the decisions made regarding that player.

I hope you enjoy reliving the pain of these picks, and please feel free to defend your favorite players from this gallery of "who's he?" 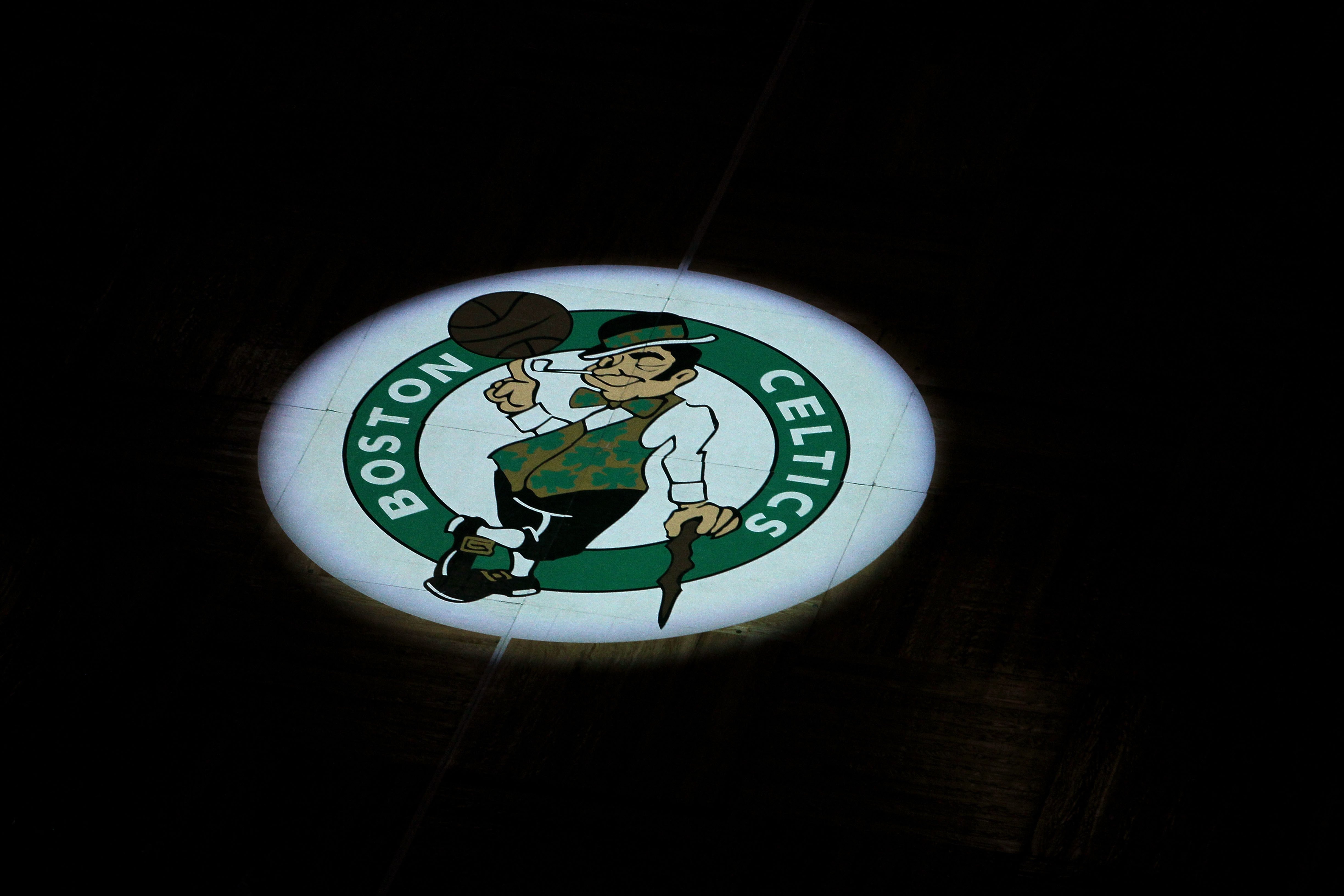 Smith appeared in 112 games over two seasons before being waived by the Celtics. He produced next to nothing.

The Celtics still had the Big Three around, so this wasn't a critical "now" pick, but just look at the names they left on the board when they made this selection: Shawn Kemp, Tim Hardaway, and Vlade Divac. 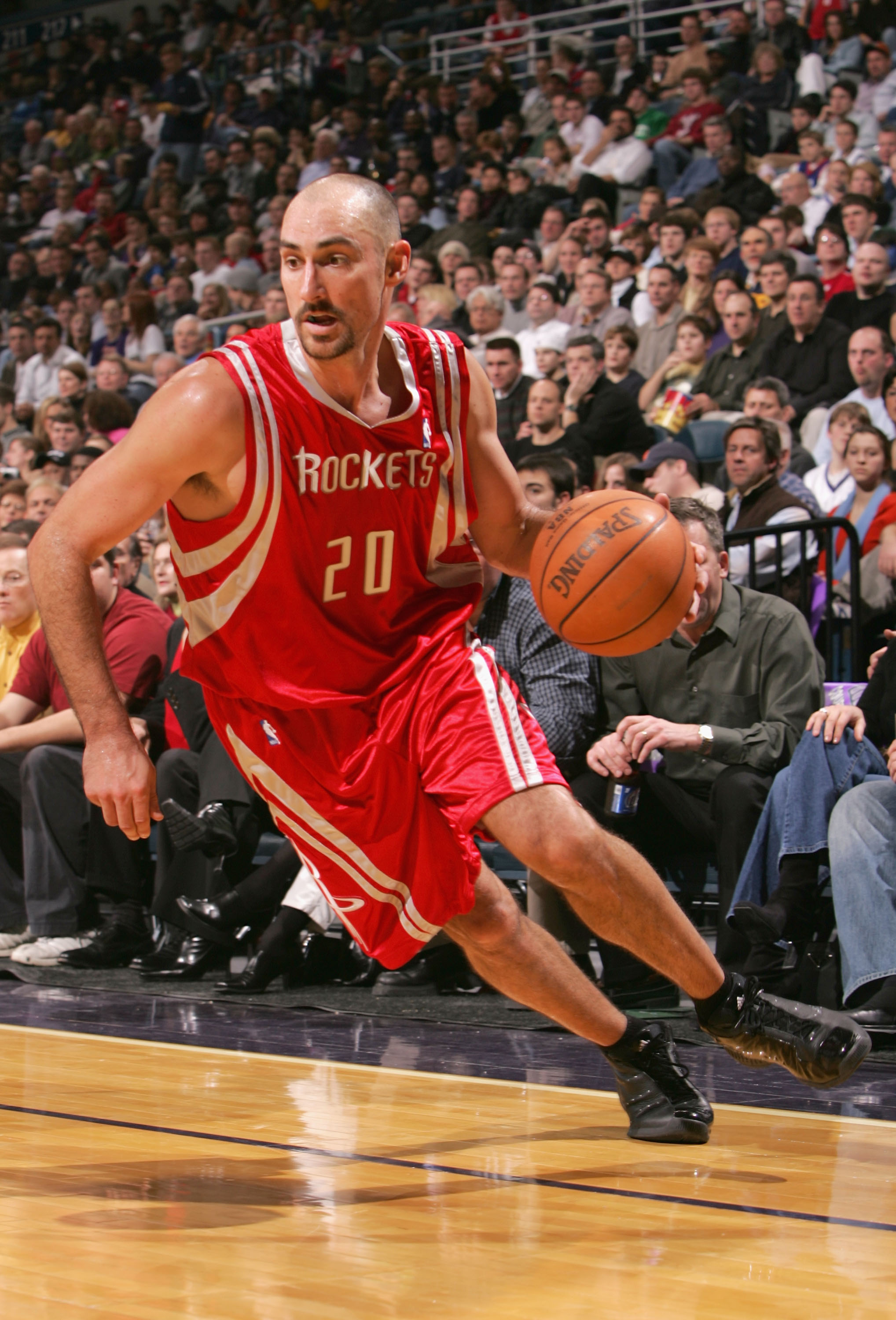 I've got nothing against Jon Barry as a player or as a pick.

Barry was selected out of Georgia Tech as the 21st selection of the 1992 draft. Outside of the fact that Latrel Sprewell was still available, this isn't a terrible pick.

What is terrible, however, is that Barry never played for the Celtics. He was traded to the Milwaukee Bucks for Alaa Abdelnaby in what became a three-year battle to find a decent center.

Abdelnaby, besides not being the decent center the Celts were looking for, had gone to Duke. Double-strike. 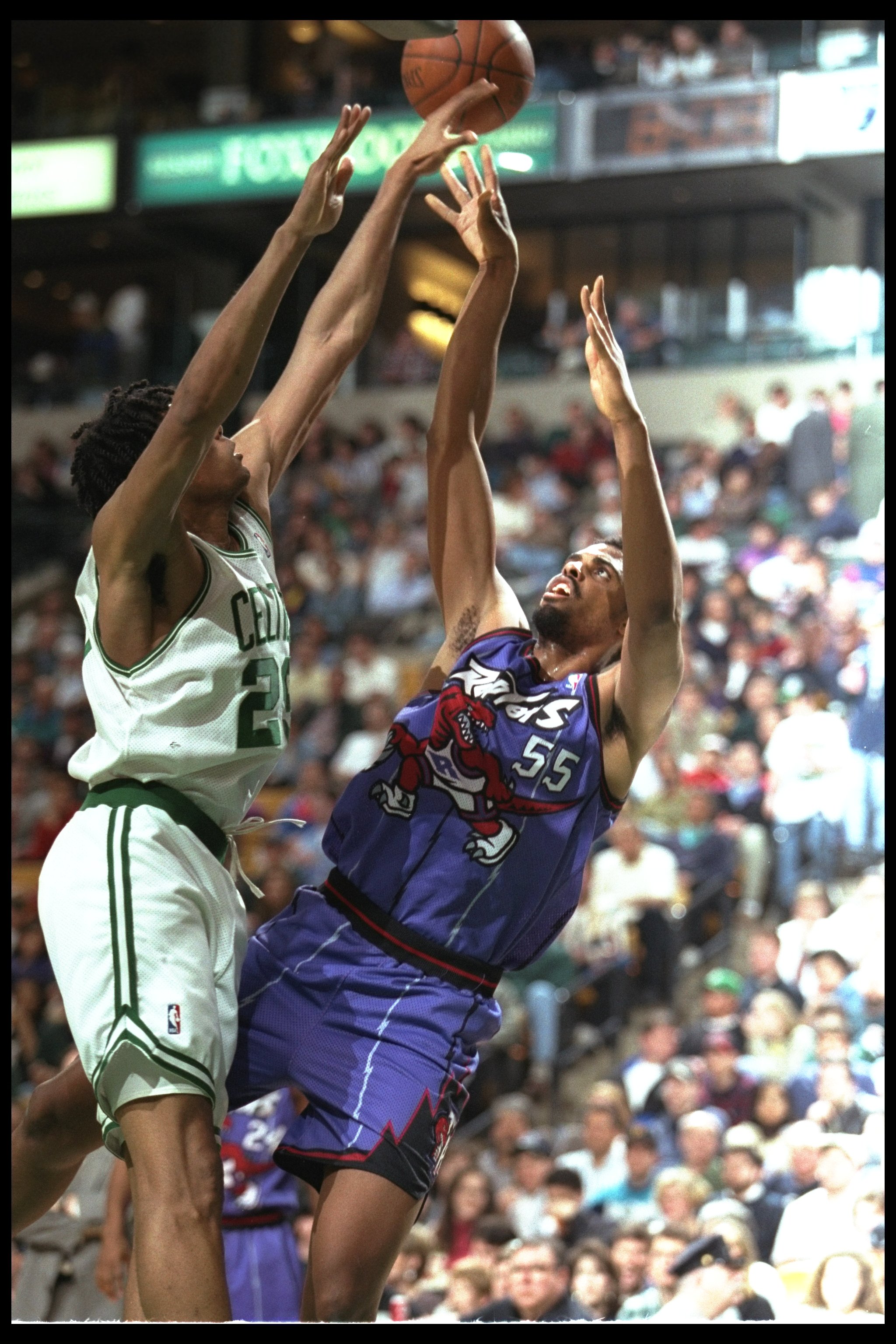 Ironic that the only photo that popped up in the Getty search has a Raptor-clad Earl facing the Celtics.

While an excellent shot-blocker in college, Acie Earl was not a very good basketball player at Iowa. He was tall though, so the Celtics selected him with the 19th pick of the 1993 draft.

Hey, maybe he could be a decent center! Nope.

Earl was awful in his two seasons with the Celtics before the Raptors thankfully selected him in the expansion draft.

By the way, a cat named Sam Cassel was still on the board. 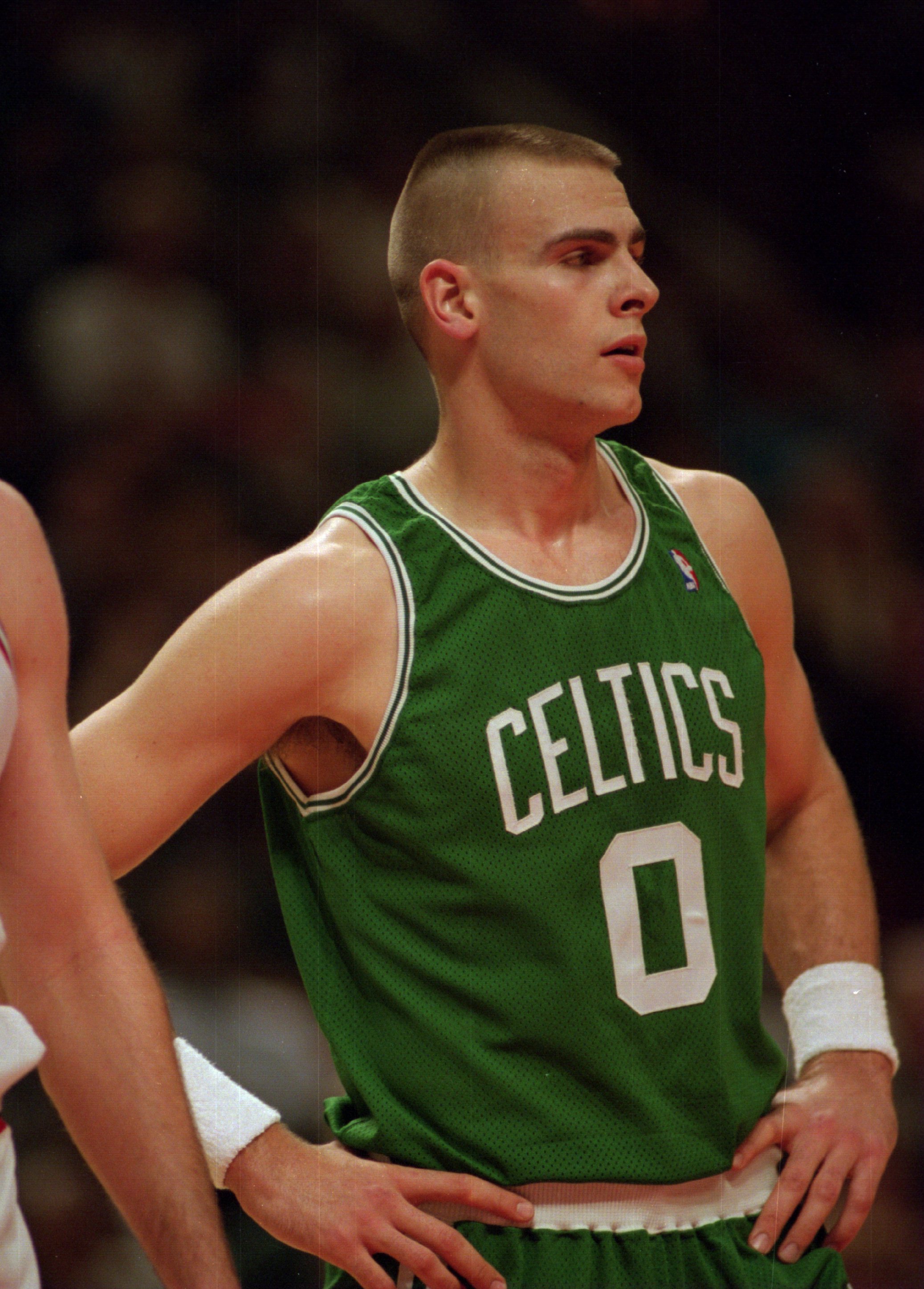 Okay, it's a pretty weak draft. Abdelnaby and Earl are crap, and we still need a center. Let's take the slowest guy in the draft!

The Celtics used the ninth pick of the 1994 draft to select Eric Montross out of UNC. He wasn't pathetic in his two seasons with the Green, and he was parlayed into two number one picks in a trade with Dallas.

On the strength of the fact that one of those picks became Antoine Walker, I'll be nice to Montross-ity. 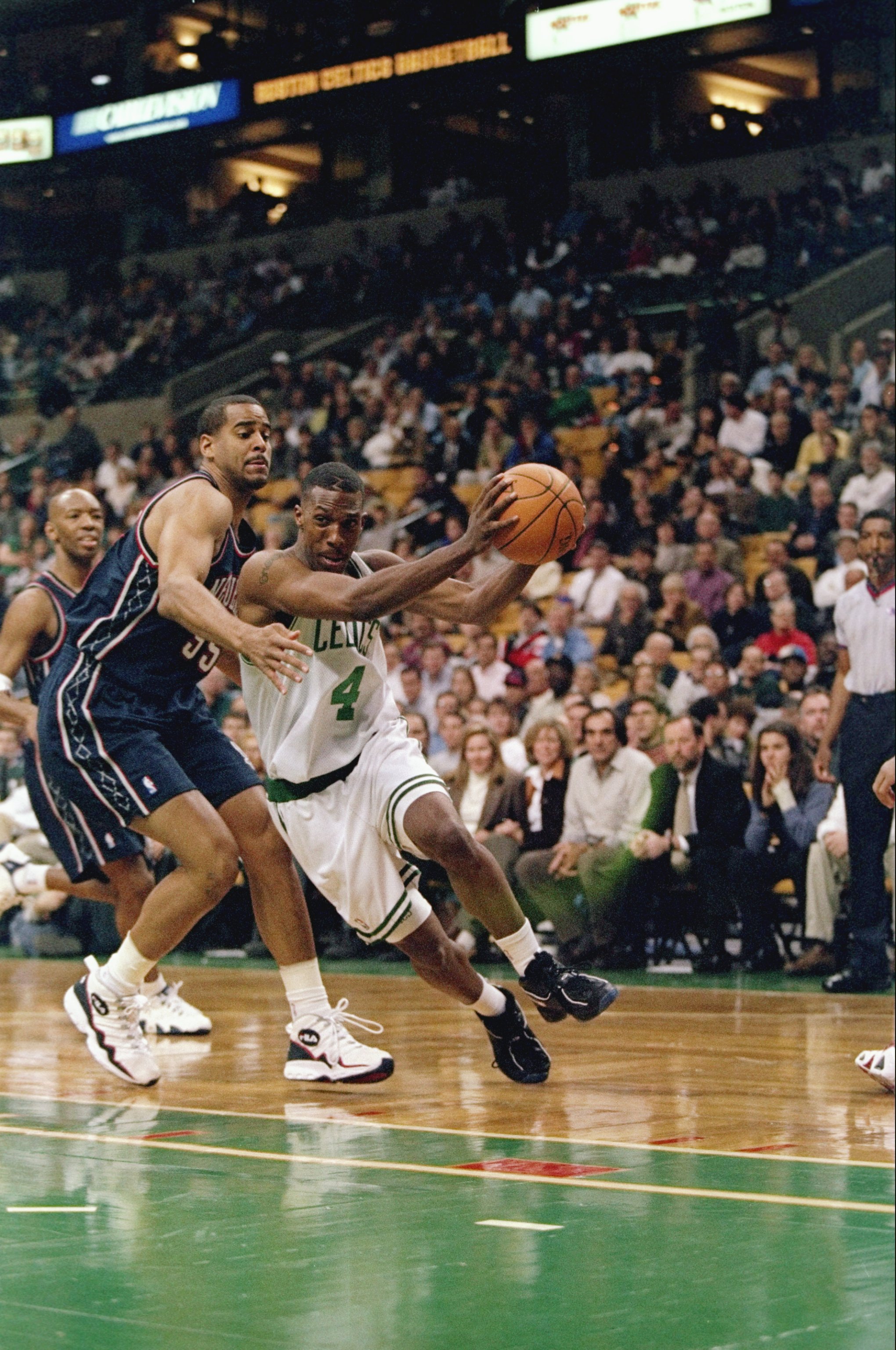 This one isn't so much about the players selected, but the decisions made after the fact.

We all know the Chauncey Billups, drafted with the third pick in 1997, didn't immediately show the leadership qualities he went on to display with the Detroit Pistons and Denver Nuggets, but Rick Pitino had a very short leash on the kid.

Billups was traded halfway through his first season for a player that used to be Kenny Anderson. Clearly a desperation, "win now" move.

With the sixth pick, Pitino selected one of this former UK players Ron Mercer. Mercer was actually fairly productive in his two seasons with the Celtics before Pitino the Genius traded him away for Eric Williams, a player the Celtics had actually drafted in 1995 before giving him away to the Nuggets for two second-round picks after two pretty solid years.

One bright side of selecting Mercer instead of Tracy McGrady (still on the board) was that, with McGrady in hand, it is unlikely that Pitino would have selected Paul Pierce the following year.

The rampant stupidity involved in dealing with these two players damns this draft. 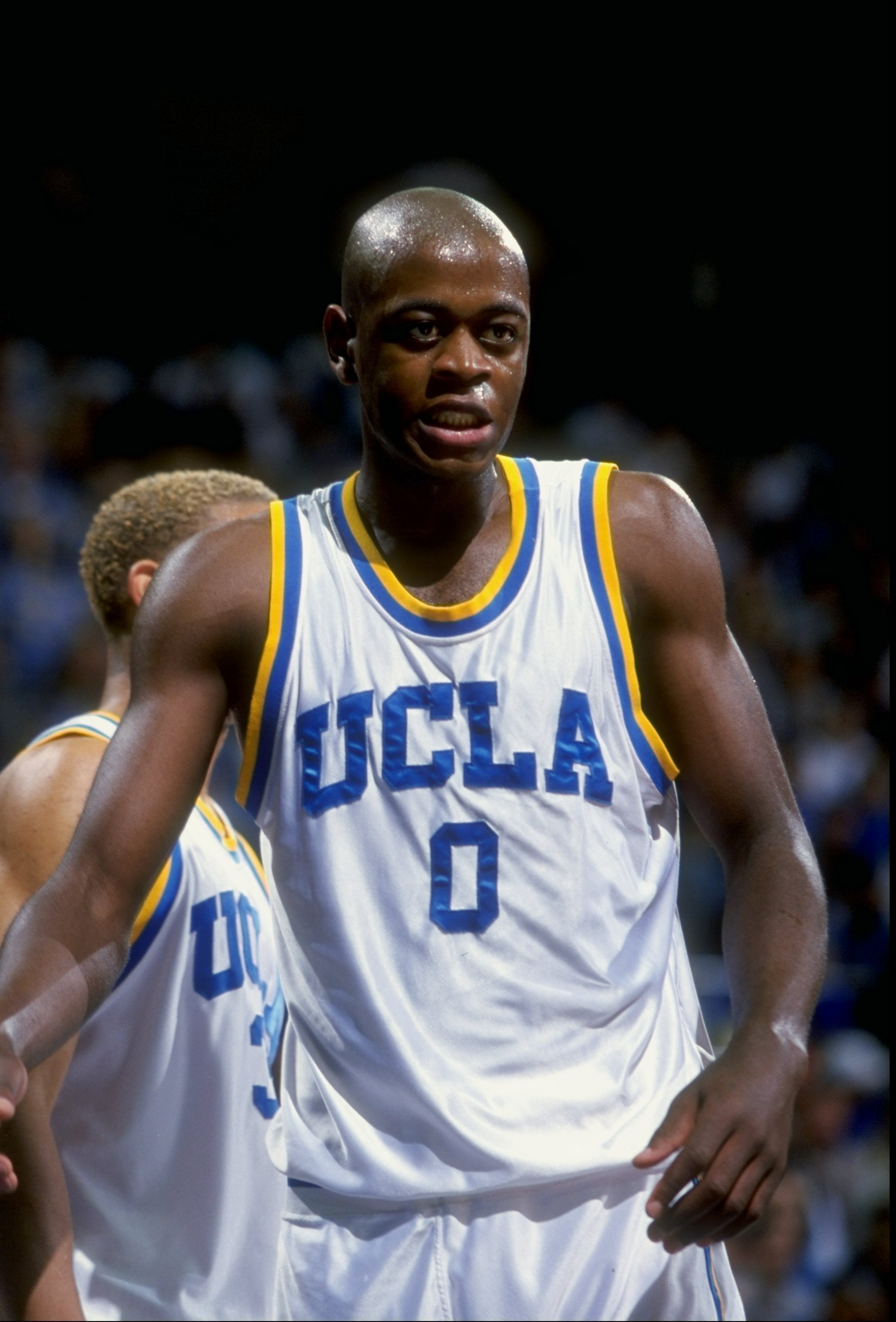 Who is Jerome Moiso, you ask?

The Celtics, for no known reason, used the eleventh pick of the 2000 draft on this kid. He did absolutely nothing in his one year with the Celts, before being traded to the 76ers for a conditional first-round pick in 2003.

Moiso was out of the league within five years.

Some of the notable names available at the time of his selection include Hedo Turkolgu and Etan Thomas. 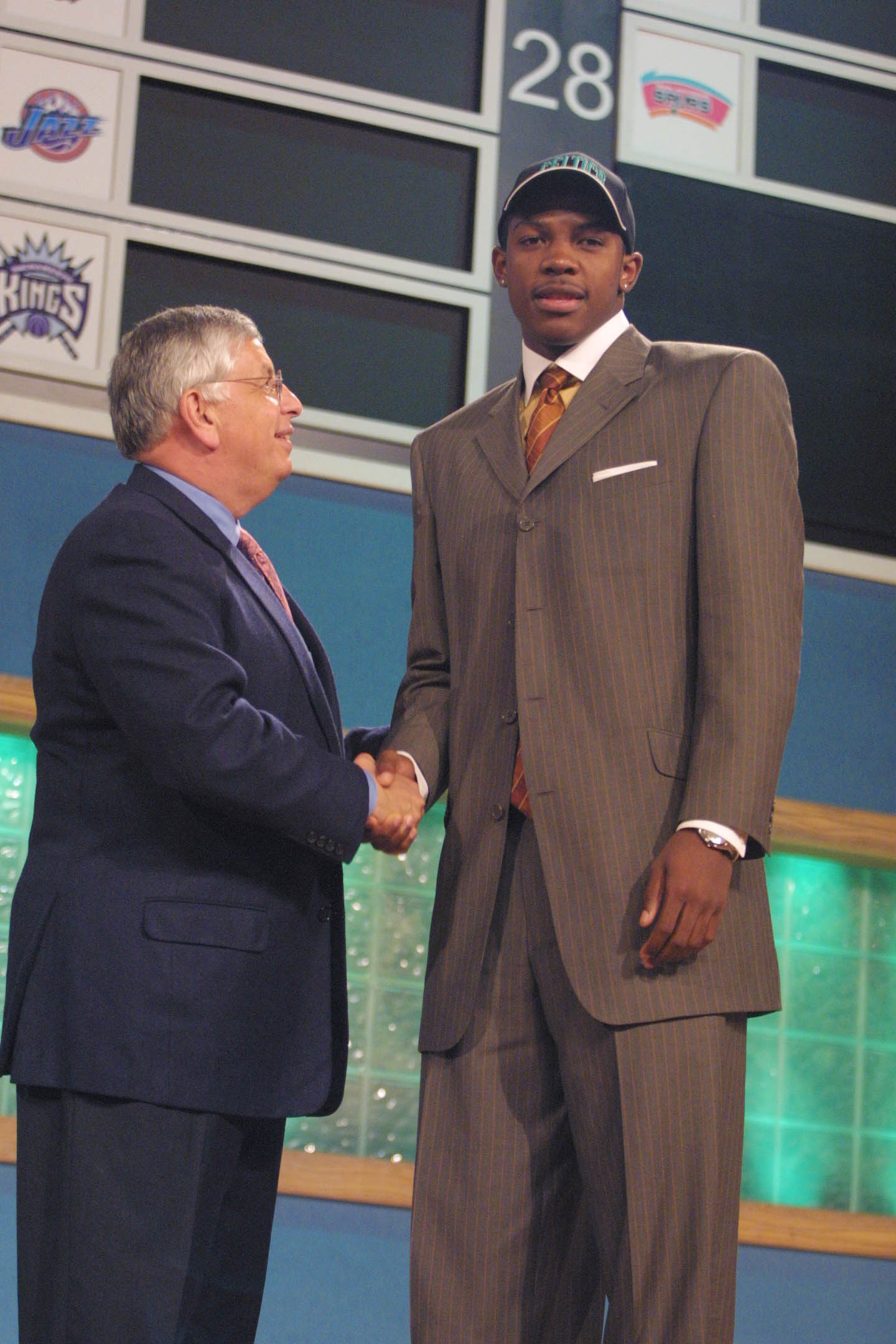 The 2001 draft was simply nauseating.

Yes, that is Joe Johnson you see with the Celtics hat shaking the hand of David Stern. Boston selected Joe with the 10th pick of the draft. I was pleased. Then he was shipped off to Phoenix after just 48 games with the Celtics. Why? Slick Rick needed to obtain another UK player, this time Tony Delk.

The Celtics weren't done yet.

With the eleventh pick, they selected Kedrick Brown out of Okaloosa-Walton Community College. Never mind that Troy Murphy, Richard Jefferson, Zach Randolph and Tony Parker were still on the board. Nope, we gotta get this kid from Okaloosa!

Brown did nothing at all in his season and a half in Boston before being dumped off on Cleveland in a trade for Ricky Davis. Yuck!

Finally, just to make sure everyone in Boston lost their lunch, the 21st pick was used on Joseph Forte, a too-small shooting guard with no defensive abilities at all.

Forte was predictably terrible during his one year in Boston before being shipped off to Seattle as part of the trade for the legendary Celtic Vin Baker. Oh, my bad. Baker was terrible and washed up before getting to Boston. 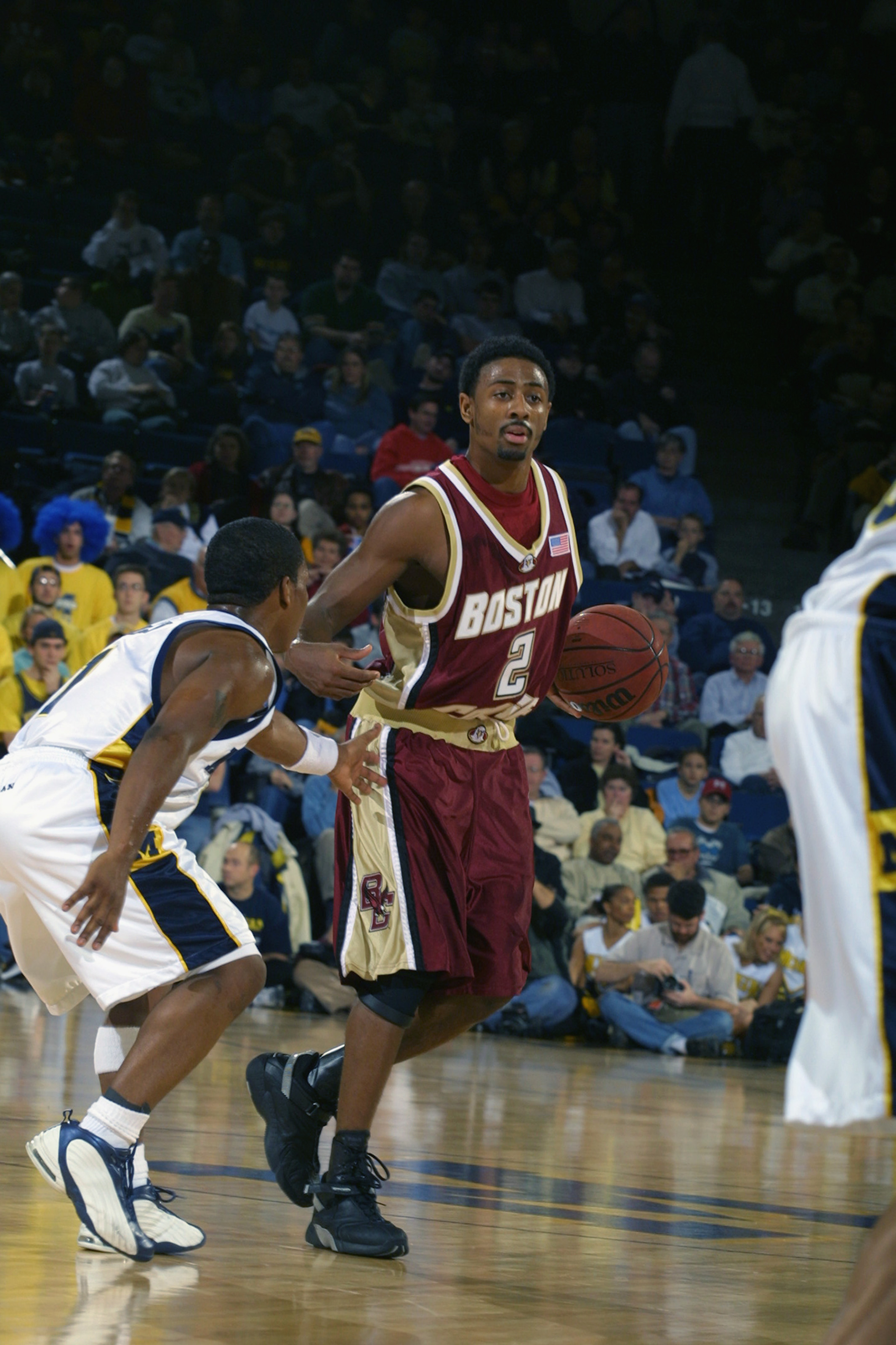 Tough to argue with the net result here, as both players were immediately shipped out in a draft-night trade with the Grizzlies for Marcus Banks and Kendrick Perkins, but still...

Troy Bell was taken with the 16th pick of the draft. There might have been a person or two in Boston happy that the team had selected a local product (Bell played at BC), but it made no sense from a hoops perspective. A wonderful college player, Bell never projected as a pro.

Bell played exactly four games in the NBA before washing out. That suggests that the selection might have been unwise.

Dahntay Jones, a Dukie, was taken with the twentieth pick. Jones has been able to stick around the NBA for a while (he averaged 10 points per game in 2009 with the Pacers), but this was another highly suspect pick.

Kendrick Perkins obviously worked out pretty well for the Celtics, but, given that he was the 27th pick of the same draft, why not just select him at 16? Maybe even use that 20th pick on someone like Boris Diaw, Travis Outlaw or Leandro Barbosa. All were still available.

Maybe Marcus Banks was the true target of the draft night deal in the first place? Who knows.

Grade: C, as in "Circuitous," the method used to obtain Perkins. 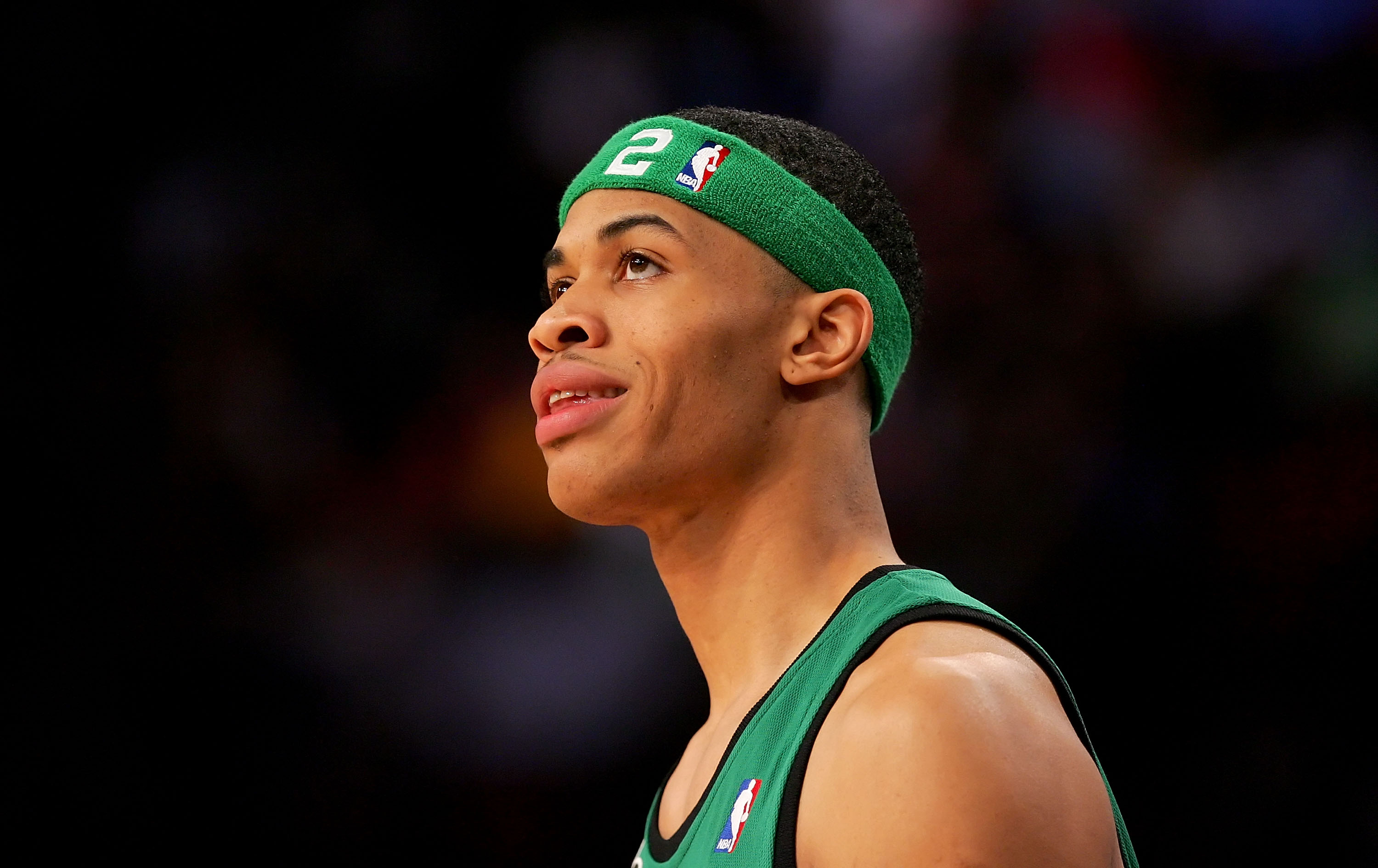 Gerald Green was selected with the 18th pick of the 2005 draft. There usually isn't going to be a ton of value when you pick that low in the draft, and 2005 was no exception.

About the only player of note still on the board when the Celtics made this pick was David Lee, and 29 other teams passed on him.

After two mediocre seasons, Green was included in the trade with Minnesota for Kevin Garnett. He currently plays in Russia.

The Celtics probably should have just dealt away this pick before the draft.

Green's biggest value could be as an object lesson to 18-year-old kids who think they're ready for the NBA just because they can jump over a building in a single bound. 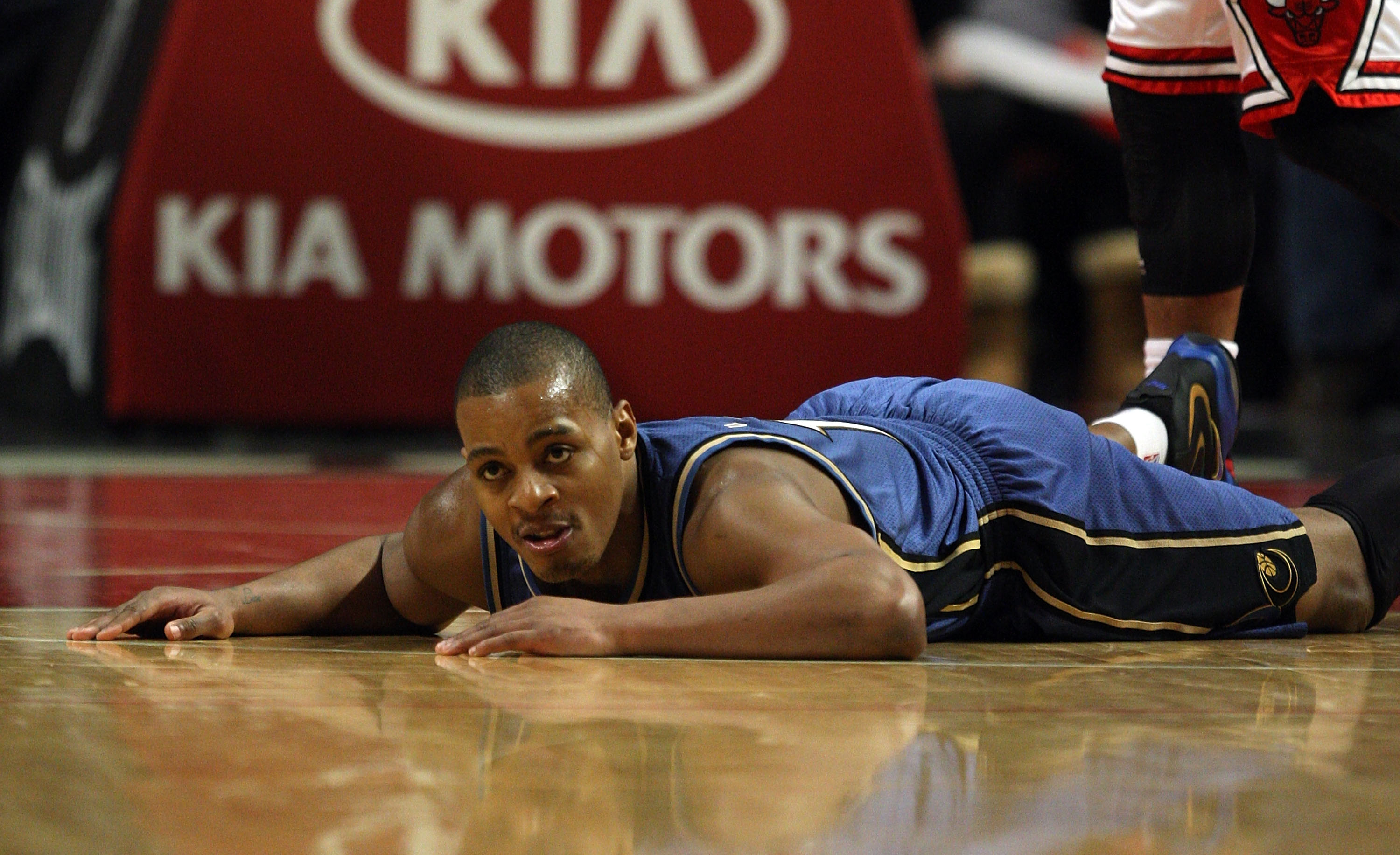 Randy Foye was selected with the seventh pick in the 2006 draft. The Celtics were actually picking this for Portland, as they had reached an agreement to obtain Sebastian Telfair for the pick.

I was seriously questioning Danny Ainge's intelligence by this time.

Foye would have been bad enough if selected with the intent of keeping him, but using him to obtain Telfair was sheer lunacy.

Telfair played one forgettable season with the Celtics before being included in the 2007 trade for Kevin Garnett that convinced me that Ainge was a genius.

Other notable players on the board at the time included Rudy Gay, Ronnie Brewer, and Rajon Rondo. 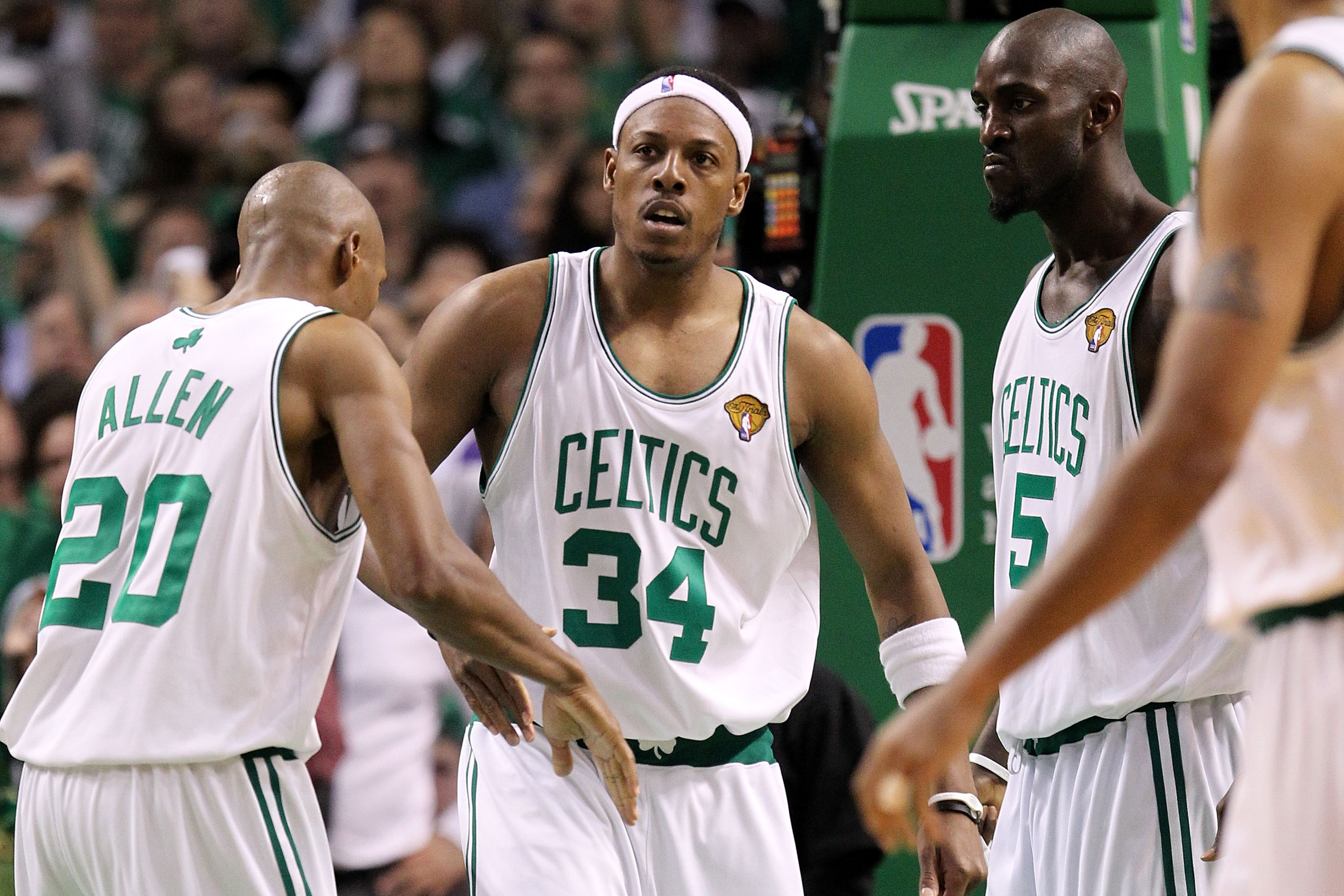 Turns out that the 18 or so years of horrid picks (give or take a gem here and there) were all part of a master plan by the genuine genius Danny Ainge.

Well before he even retired from playing, Danny had the wheels of this plan in motion. How he got the Celtics brass to hire the criminally inept Rick Pitino as Supreme Overlord of the Celtics, I'll never know.

It all came to a head when the fifth pick of the 2007 draft, plus Delonte West, were sent to Seattle for Ray Allen. Then Al Jefferson and everyone whose name Ainge could remember were sent to Minnesota for Garnett.

I love it when a plan comes together.