In Limbo: Five NBA Teams That Are Complete Wild Cards Next Season 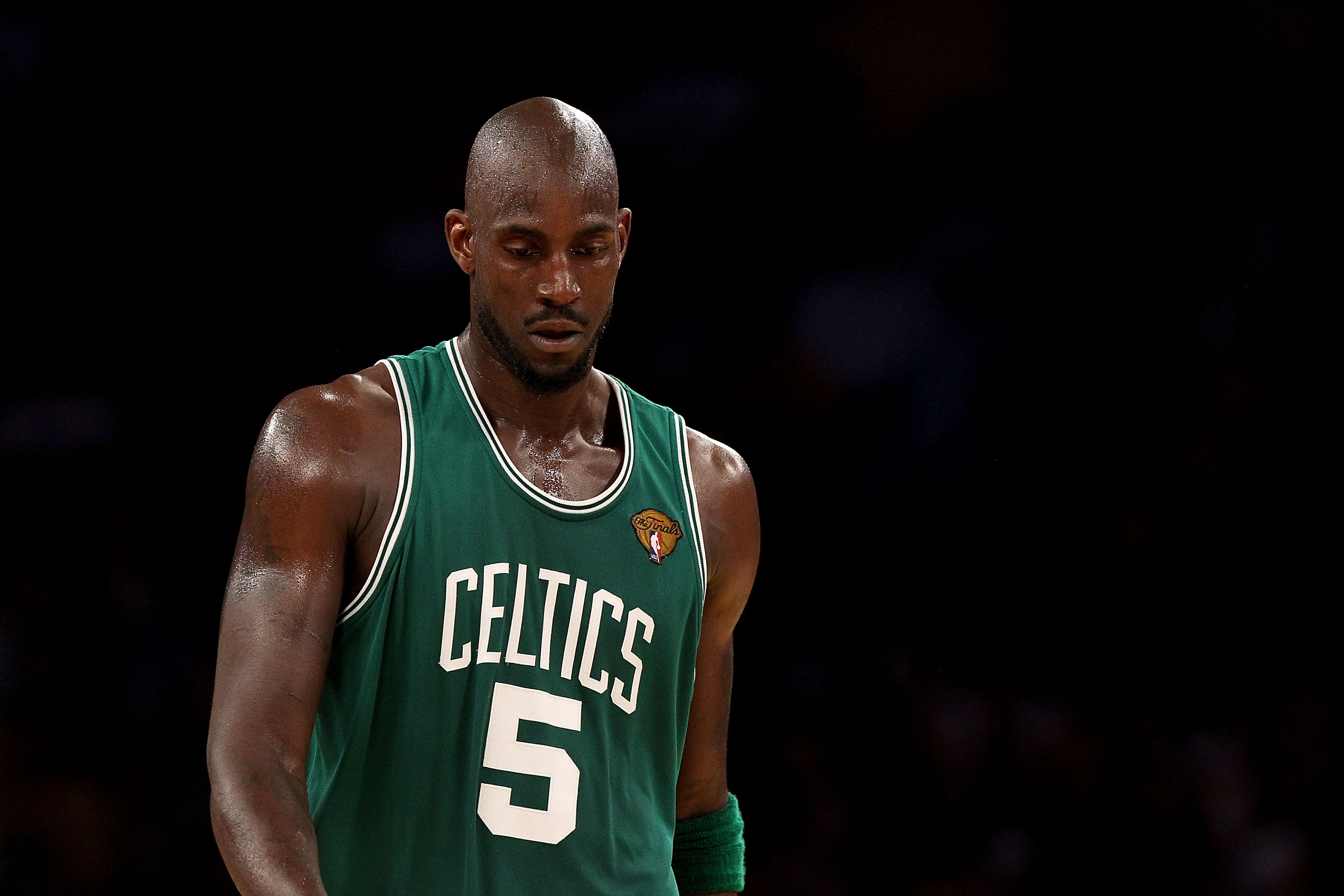 We are coming up quick on the beginning of NBA training camps across the nation.

That is just how these things work, but sometimes, there are teams that slide into a gray area.

And that gray area is the "what the hell is this team going to do" area. You look at a teams roster and just think, they either have it or they don't. In this case, you have teams that you cannot picture anything else but uncertainty.

That is what these teams have to offer, uncertainty.

Thank You For Reading.

Greg Oden, former No. 1 pick in the NBA draft.

The team's immediate success depends on his health and his consistent presence on the floor. We all know about Oden's injury issues and when he is on the floor, Oden is a dominant force.

That is why the Portland Trail Blazers are in limbo, we just cannot estimate their ceiling.

Along with Oden, Brandon Roy has had minor knee injuries throughout his career and a Portland Trail Blazers team without their all-star is nothing close to what they are with him.

Throw in the Rudy Fernandez issue (whom, if I may add, played very well in today's loss to Serbia in the quarterfinals) and the possible age issues of their solid point guard Andre Miller, and what do you get?

But heck, as long as Marcus Camby is healthy, and Joel Przybilla comes back entirely healthy, then the Blazers can, more or less, afford to lose Greg.

That's not to say that the Portland Trail Blazers would like to lose Oden to injury again, but if it were to happen, it wouldn't be devastating.

The Portland Trail Blazers are a top five team in the NBA with all of their talent completely healthy; but without, well then we really don't know what to expect.

Age is an issue for the Boston Celtics.

Tired legs seemingly caught up to the Boston Celtics last season until Paul Pierce and company turned on the afterburners and put on a show in the playoffs, guiding themselves to the NBA Finals before falling to the Los Angeles Lakers in seven games.

So... What's next for the Boston Celtics?

Do we see a new Rajon Rondo era of Boston Celtics basketball begin?  Or will next season be a carbon copy of the Celtics 2009-10 Campaign?

It is really up in the air.

Kevin Garnett is a big piece to the puzzle, his intensity on the defensive side of the ball is almost key to their defense. Pierce and Ray Allen also need to be there, healthy and serviceable.

Which I fully expect they will be at least serviceable, but if they want to experience the same success that they have in past years, they are going to need to keep their youth.

Or maybe just their ageless talent.  Whatever it may be, the Boston Celtics have everything they need on paper to compete in the Eastern Conference, but sometimes things don't translate onto the court.

Age and health issues make the Boston Celtics a wild card next season, lets just hope we get to see another run by the big three.

I don't think Amar'e Stoudemire has it in him to lead the New York Knicks to the playoffs.

Sure, he is a perennial all-star, and the Knicks have surrounded him with talent that fits into the D'Antoni offense, but I'm still skeptical that it will be enough to make them a solid Eastern Conference playoff team.

Raymond Felton is an underrated point guard, and his ability to see the floor on the fast break will provide valuable to the new run-and-gun Knicks.

The New York Knicks also added an array of shooters.

Kelenna Azubuike, Roger Mason, and Anthony Randolph will, in theory, spread the floor for Stoudemire and allow him some room to create points in the paint.  Add those offseason acquisitions to the core of Danilo Gallinari (really, that's all the Knicks had left), and you have a very potent offense.  But that is it.

There is no defense involved, and there probably shouldn't be when you are being coached by D'Antoni.  Still, even though the system doesn't require defense, the other teams in the league are still going to try and score on you; and if you can't stop them, well you better hope that your offense can outscore them.

Really making every game rely on how well each player is shooting.

So what can we really expect from the New York Knicks? I have no idea.  You tell me.

I have been on the New Jersey Nets bandwagon since their poor 2009-10 Campaign ended.

Why?  Because the Nets have more talent than their record implies.

Brook Lopez will be someone you should watch closely next season because he very well could emerge as a top-flight post presence in the NBA.  That is, if he hasn't already proven his worth.

Derrick Favors could end up being the X-factor for next seasons Nets.  If he provides something more than just sheer athleticism, showing his potential on a night to night basis, then the Nets have a decent shot at being a playoff team.

The Nets didn't exactly make any splashes in the offseason, but their additions were more than just mediocre.

Possibly the biggest pick-up for the Nets was Troy Murphy.  A nightly double-double power forward that will give the Nets a hard working rebounding machine and possibly a few second chance points a game while Favors progresses.

Travis Outlaw and Anthony Morrow will spread the floor, giving the Nets both a consistent deep shooting threat and a clutch scorer.

Still, the only thing the Nets have to show for their efforts is a 12-win season.  They are going to need to prove to everyone that they are better than their record implies.  Until then, we don't know what we can expect from the Nets.

I guess the only way they have to go is up.  But just how far up will the Nets be able to go?

The Los Angeles Clipper are a weird bunch.  They have the talent to be a playoff team, but they are chronic under-performers.  Each and every year it seems as though the Clippers disappoint the NBA community.

This year should be different, but heck, It could very well end up being the same. With the return of Blake Griffin from season-ending surgery on his fractured kneecap, the Clips seemingly plug the last hole on their lineup and solidify their frontcourt as serviceable, if not very good.

I fully expect the Los Angeles Clippers to compete for a playoff spot come February; But hey, the Clippers continue to prove me wrong.

This time though, the Clippers seem poised to be competitive. Eric Gordon has emerged as a dynamic scorer at the World Championships, and Chris Kaman is expected to repeat his all-star-worthy 2009-10 season.

Baron Davis will continue to be one of the leading scorers on this Clippers squad (that is, only if they can keep Baron motivated).  The Clippers may not be the best team in the West, but they have the talent to advance into the tournament.

This time, the Clippers are going to need to prove to us that they can actually overachieve.  A large task, to put it simply. 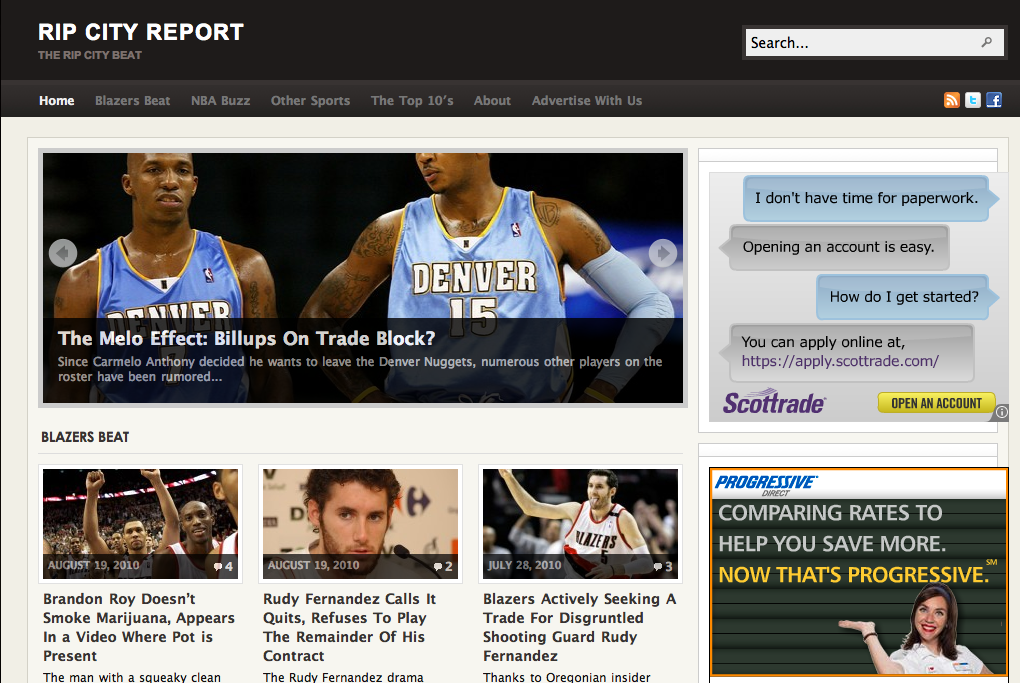 If YOU liked what you read, please feel free to check out one of our other titles.

- Who has the Best Home Court Advantage in the NBA?

- The Funniest/ Best Celebrations of All Time

- The Jordan Effect: Seven Teams That May Never Win A Championship In The Miami Era

- Sweet Kicks: Ranking The NBA Stars On Their Signature Shoes

- Worst injuries of All Time (With Video)