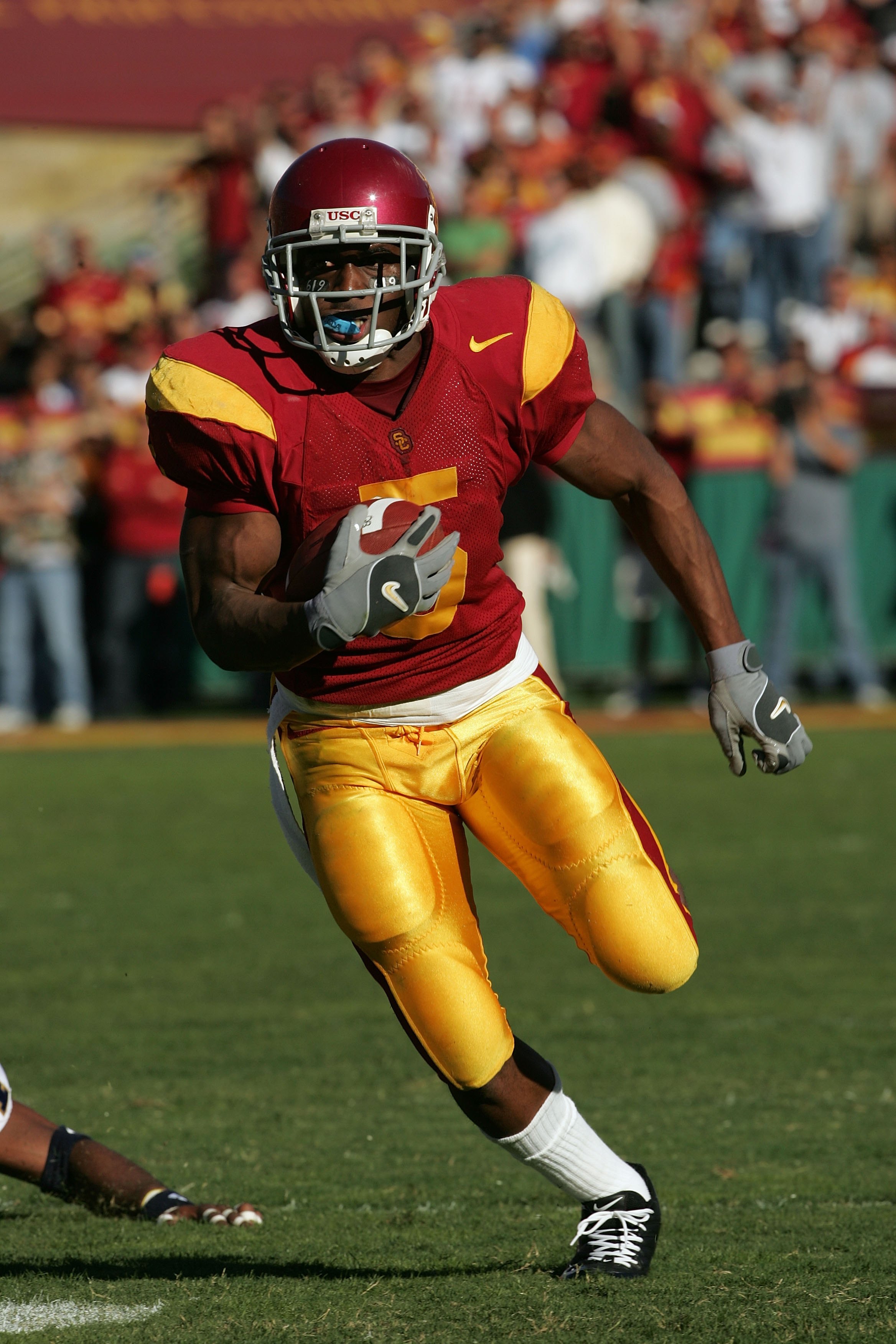 Many people believe that Vince Young should receive the award since he finished second in voting afterwards, however, the Heisman Trust apparently will not give, but just take in this instance.

The arguments as to why Bush should keep his Heisman or why he should give it to Vince Young have been numerous, but I'm going to state my case as to why this decision is the correct decision for college football. 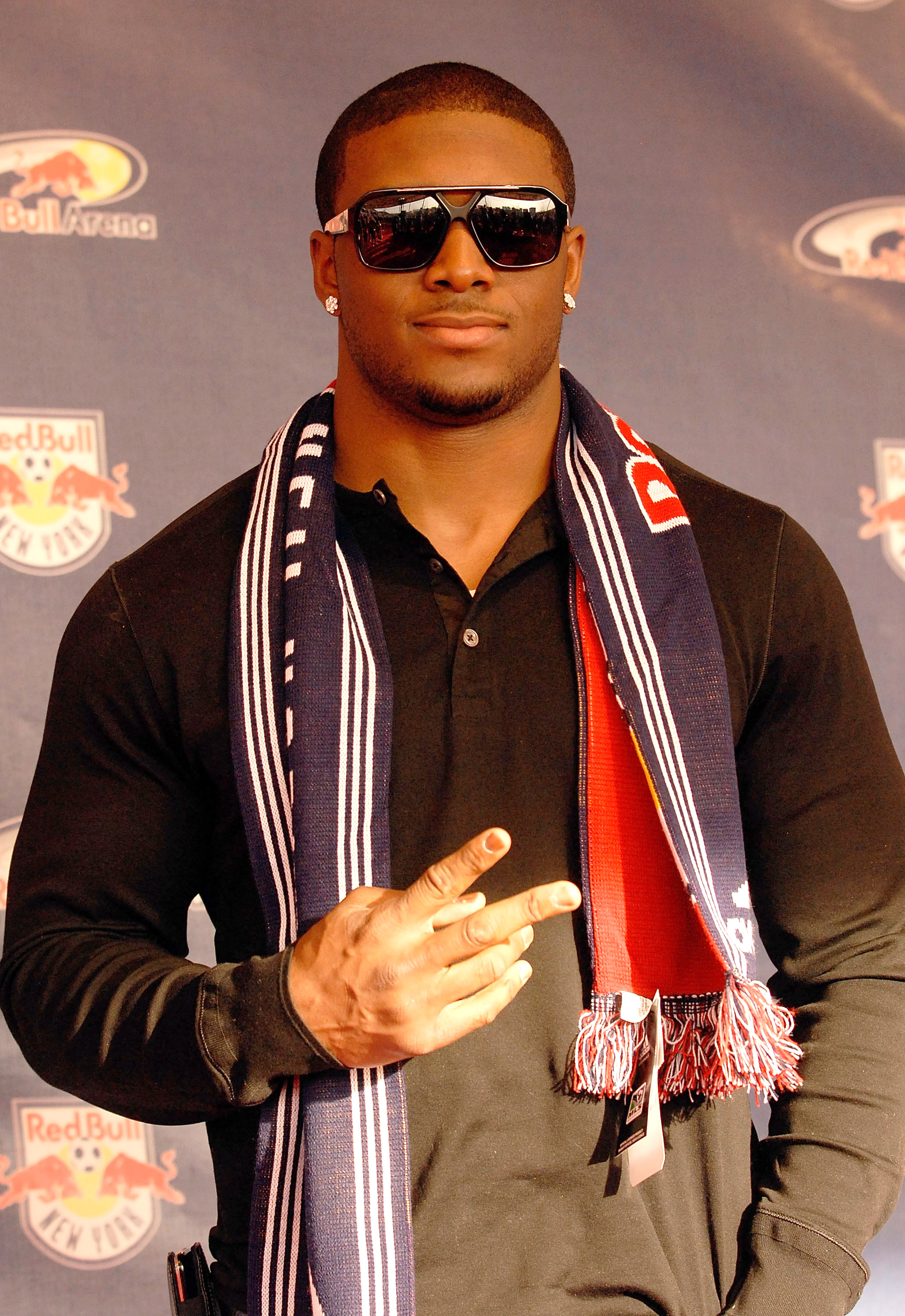 Are rules meant to be broken? Absolutely not. If I shoot someone, I should be prosecuted for it. If I cause trouble in school, I should lose my dessert for the night, and if I take money or something for pecuniary gain from someone, I should pay the consequences.

Reggie Bush was an amazing college football player; there is no denial of that. In 2005, he had 200 carries for 1740 yards rushing to make a 8.7 yards per carry average and 16 touchdowns.

He had this amazing leaping ability to almost fly towards the endzone and make impossible scores. He was an amazing running back to watch. You cannot deny that and say that you're unbiased. You just can't.

Yet, you cannot get around the fact that Reggie Bush should not have even been in a place to do that because under NCAA rules, he should have been serving a suspension during 2005 because according to ESPN.com:

"The NCAA ruled that Bush received lavish gifts from two fledgling sports marketers hoping to sign him. The men paid for everything from hotel stays and a rent-free home where Bush's family apparently lived to a limousine and a new suit when he accepted his Heisman in New York in December 2005."

That's the facts people. Regardless of whether or not he was the best player on the field, the issue is that he shouldn't have been on the field. His suspension is like a bout of leprosy. We take him away and put him in a colony.

If you can't take the consequences, you shouldn't break the rules.

Reason No. 2: An Example Has To Be Set For The Future 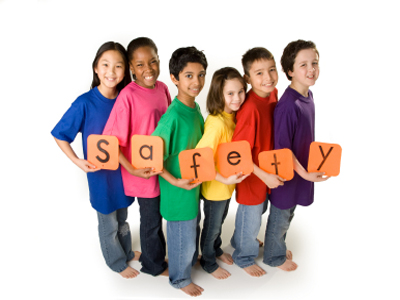 My biggest peeve about this is how some people just want to shrug this off like it was just a mistake or something minor where you step on someone's foot and say you're sorry.

Well, guess what? Its not that simple. Taking items from sports marketers is the sports equivalent of taking a bribe in my mind.

And bribery? That's a felony ladies and gentlemen. That's the simplest way to put it in my eyes.

The NCAA cannot just let this slide either because what they do sets precedent in case, heaven forbid, something like this should happen again.

If there is no punishment, then there is no incentive to not commit the offense! Why do we resist the urge to drive 100 MPH on the freeway with the top down and the wind blowing in our faces?

Because we know that if we are caught, we get a giant ticket. If the rules are not enforced with discipline, then there are no rules.

Punishing Reggie Bush and taking away the Heisman Trophy may be debatable as proper justice, but to do nothing is no justice and ergo there is no law.

I want the new athletes of this generation and hereafter to know that they do not play for money, and if they get a pass on the rules, then they'll realize that since they are great athletes, they won't be punished. That they are above the regular people.

This country is founded on the principle that all of us are created equally. Not one of us can say he or she is above someone or above the rules of society.

If these athletes get that kind of arrogance, who knows what it will breed? I can see arrogance of that level causing more severe crimes than just taking gifts.

Do the math and and you'll understand.

So, the NCAA has to do something, and I believe taking the Heisman is the right thing. 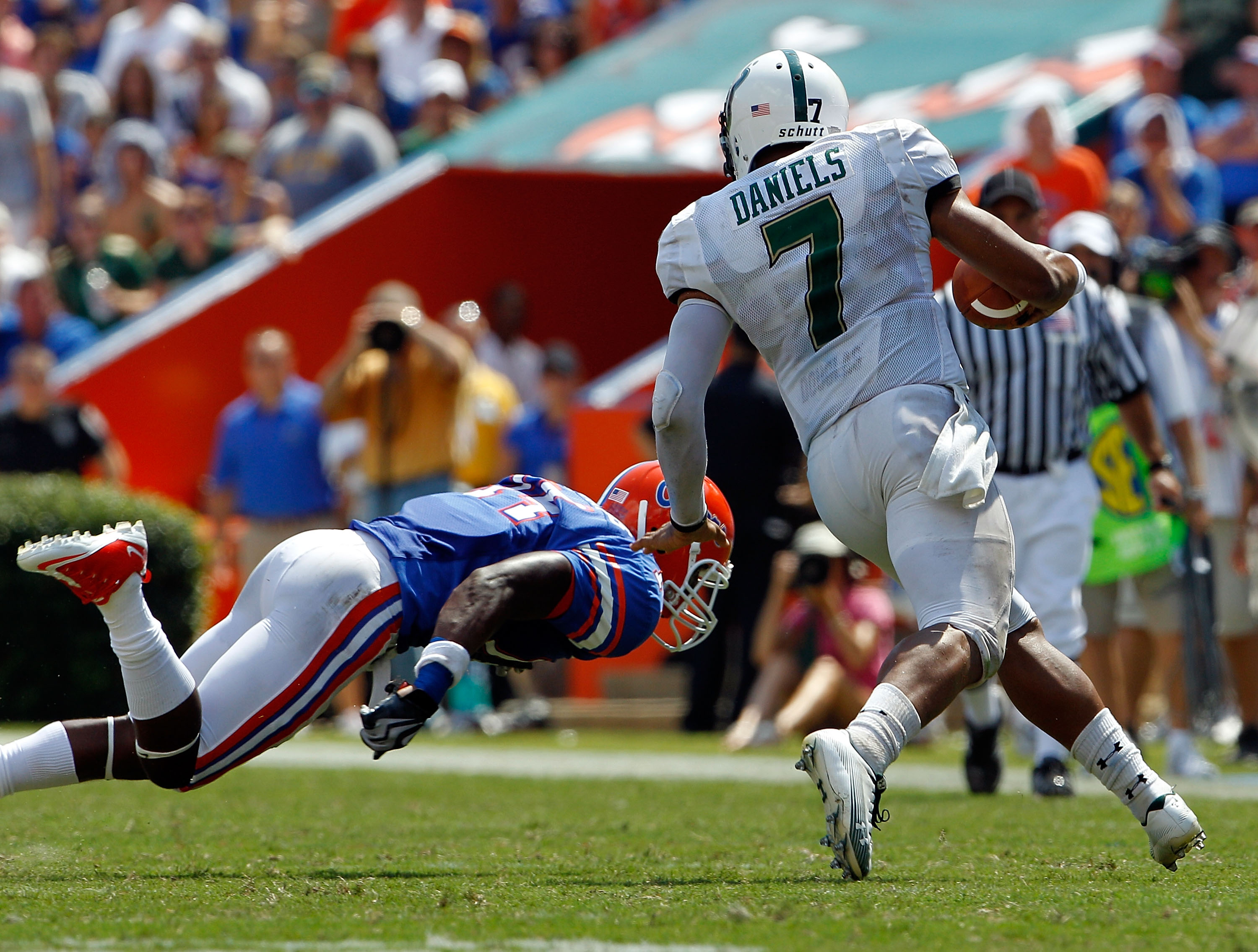 I'd bet the money I have stored up in T-bills that if I took a gigantic survey of lets say... a thousand people, and I asked them if they watched football, and if they did, which would they prefer? College or professional? A sound majority would say college football.

The reason is because the National Football League is a business. Players hold out for long periods of time to get contract extensions. New draft picks get ridiculous contracts with embarrassing amounts of guaranteed money. I think the biggest contract record has been broken like five times in the last year, and Peyton Manning still needs to get his extension.

Politicians lie, businessmen cheat, the middle man is hurt, and so many jobs go to illegal immigrants that a lot of people hate the idea of business. They need a place to go to for solace, for comfort, a place to relieve themselves of the evils of reality and live in an ideal world.

Just you and your team. The NFL doesn't provide that, but college football does.

Well, when Reggie Bush took those gifts, he violated college football and its purity. He made himself out to be about money, and in the college world, you play for your fellow alumni, your fellow brothers in the locker room, and the cute girls in the dorm that you want to ask out.

You do not play for money or anything of pecuniary gain. To allow Reggie Bush to keep the Heisman would be a slap in the face of the fans who watched him, and in the faces of the men who ate Ramen noodles in the offseason while he had steak.

Reason Four: It Prevents Any Kind Of Sabotage In The Future 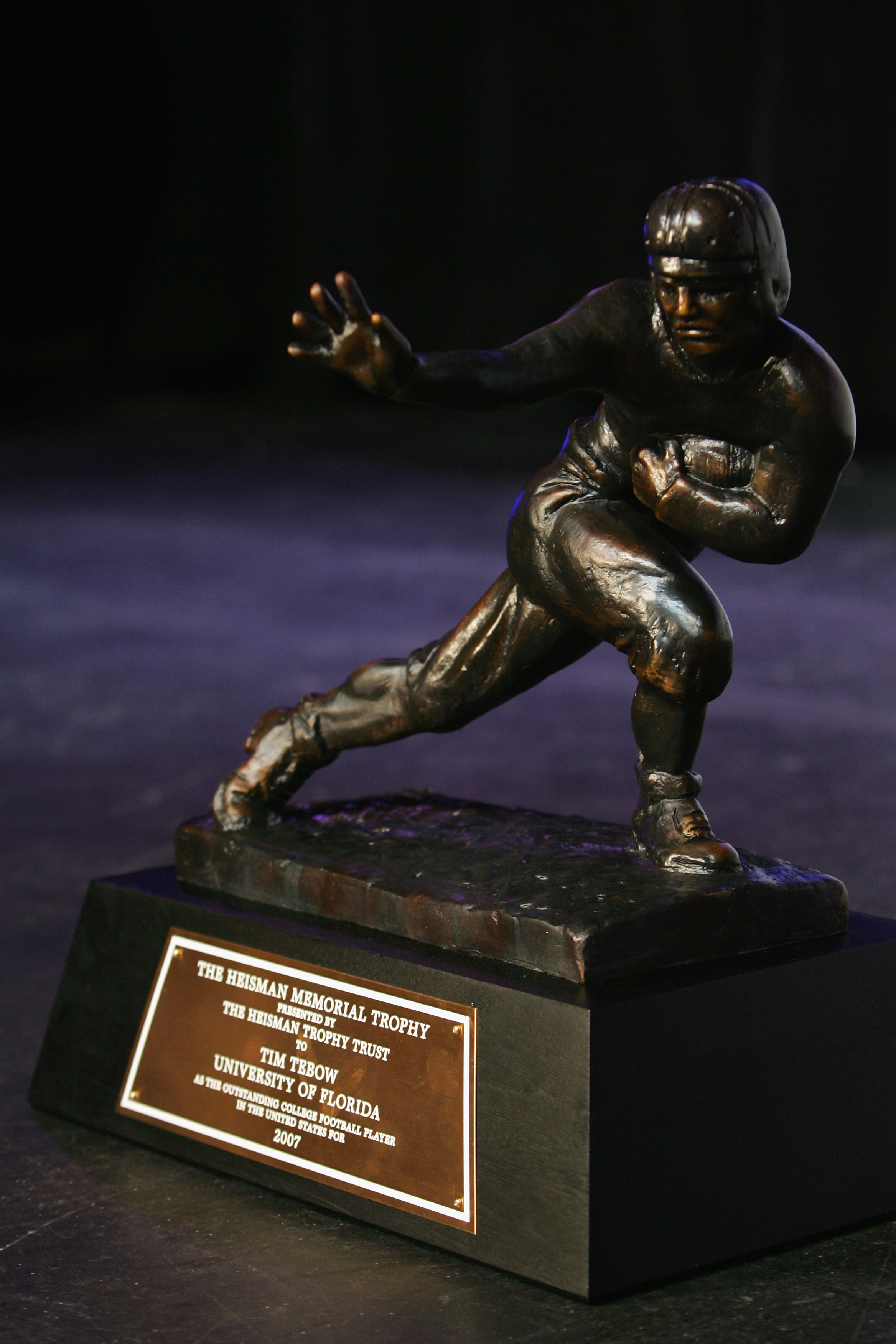 I'm from Texas. One of my greatest memories is seeing the Longhorns kick that field goal to beat USC and win the National Championship. I felt that Vince Young had been robbed really of the Heisman. I felt he was better than Reggie Bush.

However, I have to agree with the method that the Heisman Trust went about doing.

The Heisman will not be awarded to Vince Young, it will only be vacated. Granted, I think that Vince Young deserves it, I cannot, in good conscious, say that by giving the award to Vince Young does the right thing for college football.

Look, I'm no nut job that thinks that Plutonians have come to Earth and have mini-colonies in our spinal cord tissue, but I can possibly see that by giving the award to Vince Young makes awards and recipients open to danger.

I don't know how, but I can definitely see someone from another school doing something illicit to smear a recipient and maybe even frame him so that the award can be taken from him and given to the candidate that the framer favors.

I'm not paranoid, I'm projecting a possible scenario. It is no different than if I left a loaded gun around a house full of kids, one of them might play with it and someone dies.

Now granted, framing a person just to get an award is extreme, but last I checked, there was parent who murdered a hockey coach because the coach wasn't playing his kid.

America has extremists in it, so the idea that you cannot toss the award around like a hot potato takes away the incentive to make someone look bad because another person won't get the award.

Granted, someone could do something just to make a player lose the award, but it is far less likely now that they gain nothing of real value if they should succeed.

For those of you who still doubt me, I ask you if you thought suicide bombers could hijack our planes ten years ago?

Reason Five: It Is The Right Thing To Do 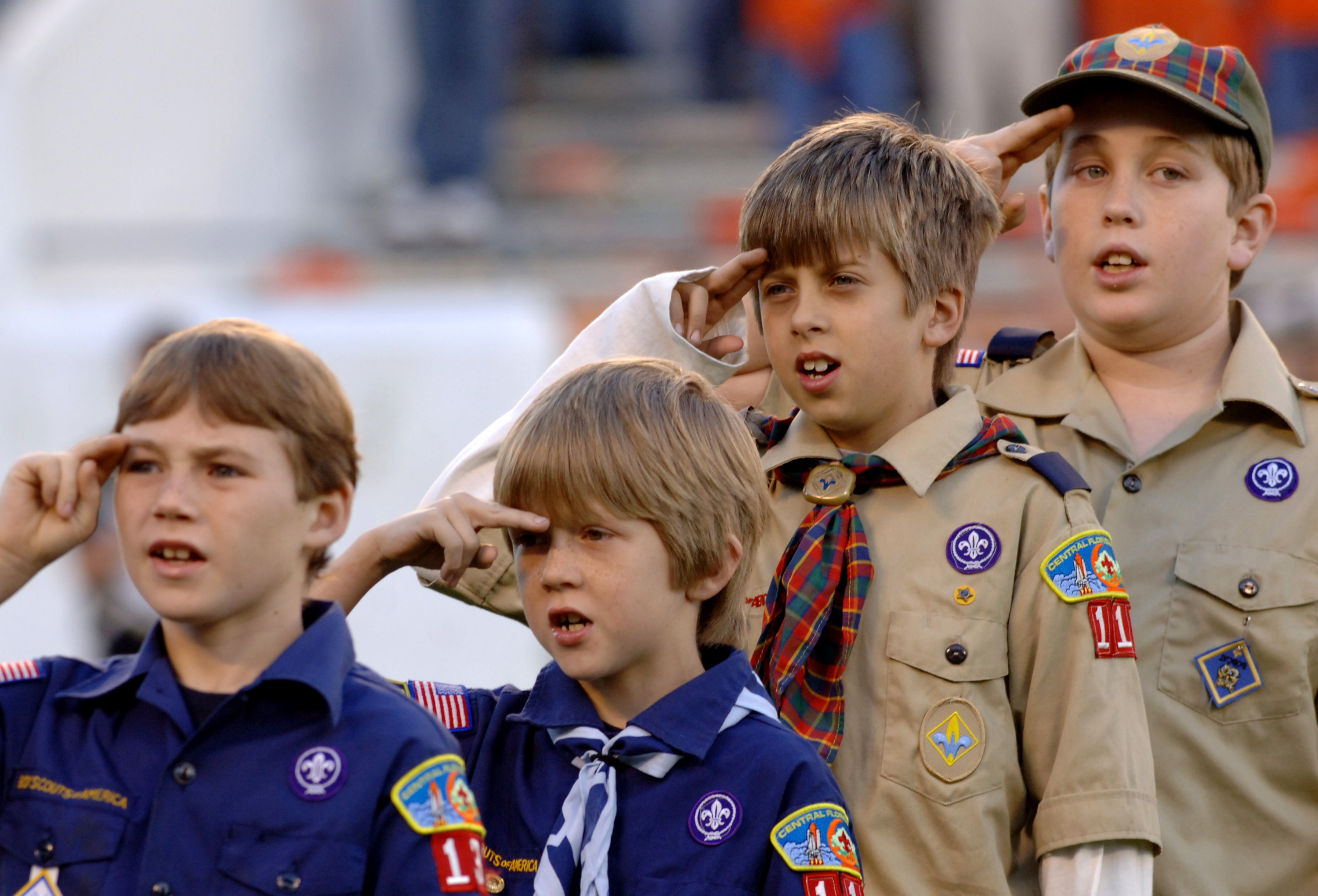 The Heisman Trust has to do something okay? They cannot do nothing because that'll just kill the view of college football and its appearance of integrity.

They cannot give the award to Vince Young because that might look like favoritism, and the Heisman Trust doesn't want or need pictures of horns projecting on internet-altered pictures of the trophy.

Last, they cannot do a revote because people might not judge them by what they did in college, but how they've done in the NFL instead.

This is the right and most prudent thing to do when it comes to the debacle of Reggie Bush.

This closes the worst chapter in the history of college football.