NASCAR Power Rankings: Gearing Up For Richmond and the Chase 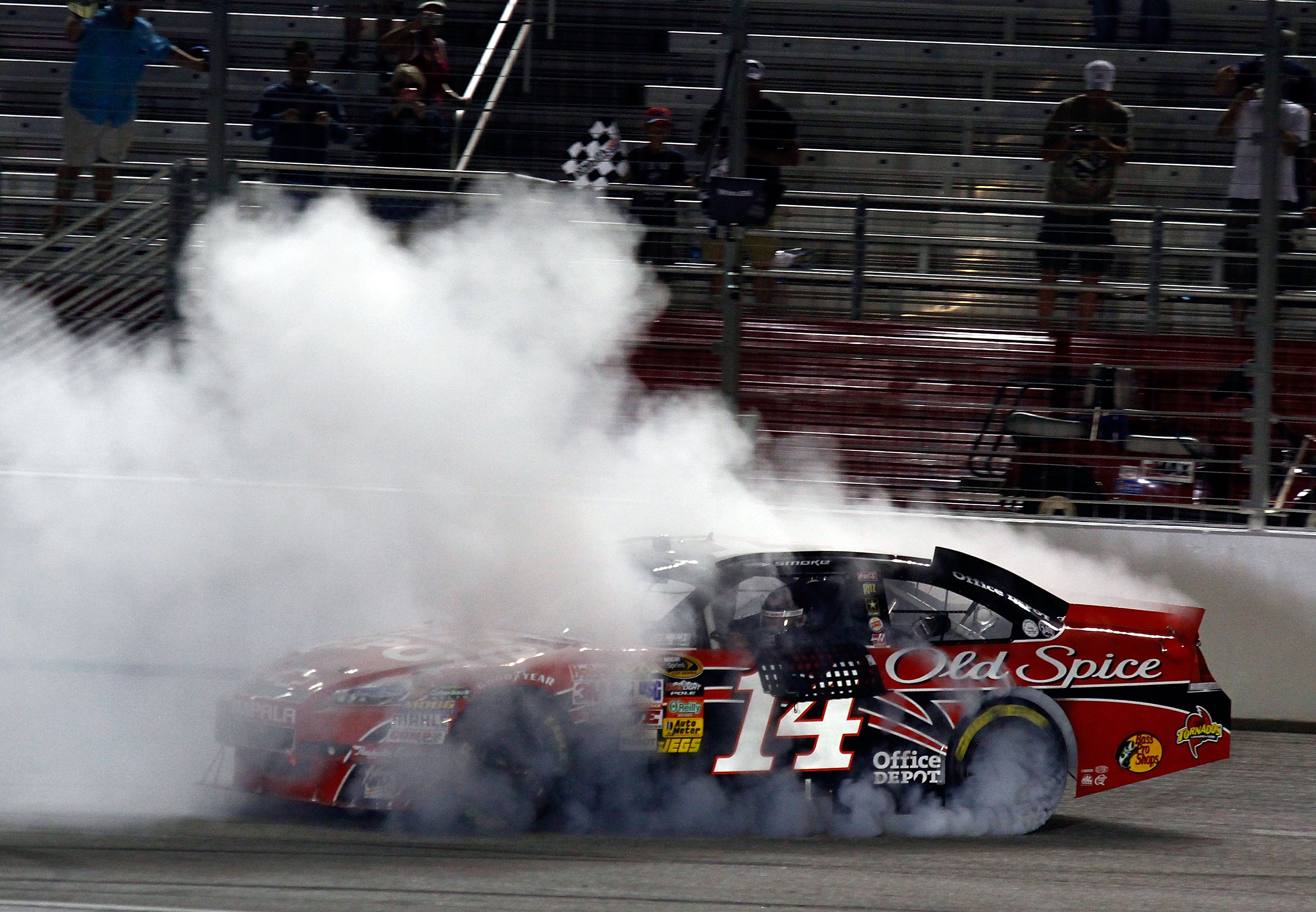 Sunday night's Emory Healthcare 500 at Atlanta was a heck of a race, wasn't it? Tony Stewart scored his first win in over 30 races, Carl Edwards nearly scored his first in about 60, and for once, Kevin Harvick didn't look completely invincible.

The racing on track was intense from beginning to end, and we were even treated to some post-race fireworks between Ryan Newman and Kasey Kahne.

This weekend we head into Richmond for the final race of the Sprint Cup regular season. (For those interested, I'll be live-blogging it here at B/R—chaos and calamity will ensue.) It's more important than ever that a team be hitting its stride right now, to head into the Chase with plenty of momentum and a better shot at the overall title. 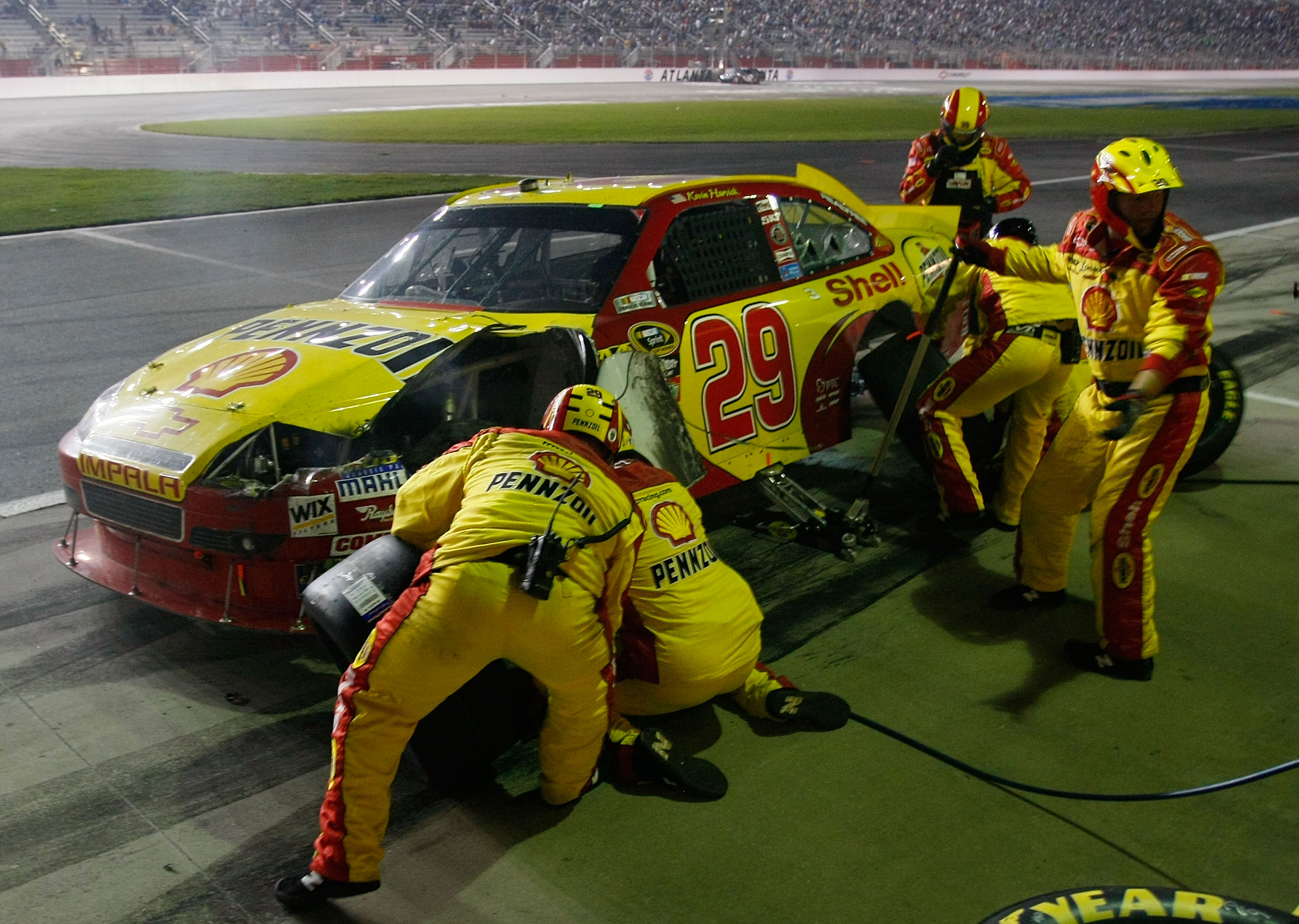 Yeah, missing the pits last night and tearing up the left front fender was a bit of a problem. But I can't knock Harvick down a peg in the rankings right now based on a single instance of bad luck, especially when the next guy I have in the rankings hasn't won a race yet.

Plus, think of it this way—if you had to have a couple of bad-luck races, wouldn't you rather have them before the Chase starts, and not after? 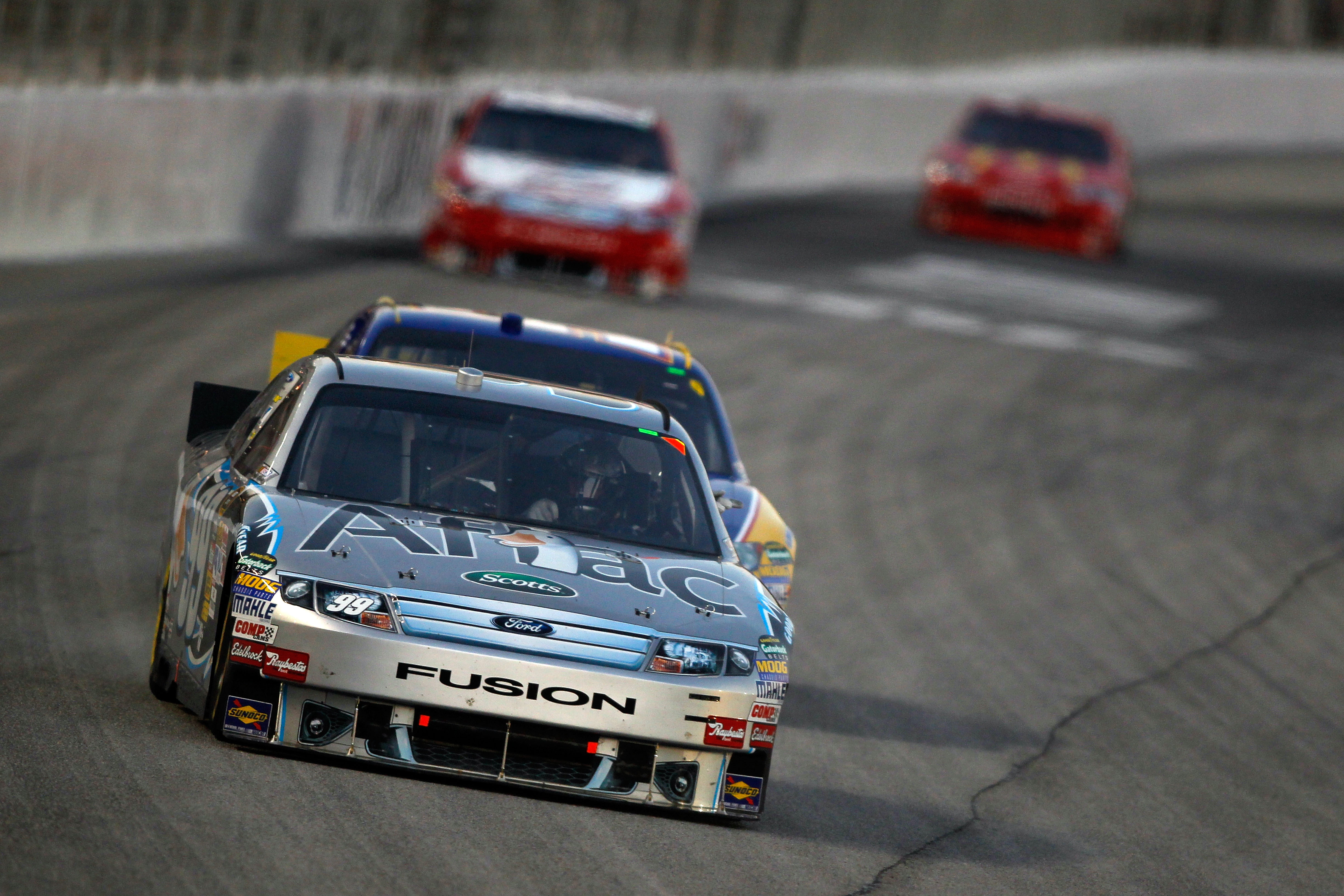 Cousin Carl just needed a few more laps, or maybe for that last caution to never have happened, and he could have finally broken that huge winless drought dating back to Homestead in 2008. It's been quite a while, hasn't it? 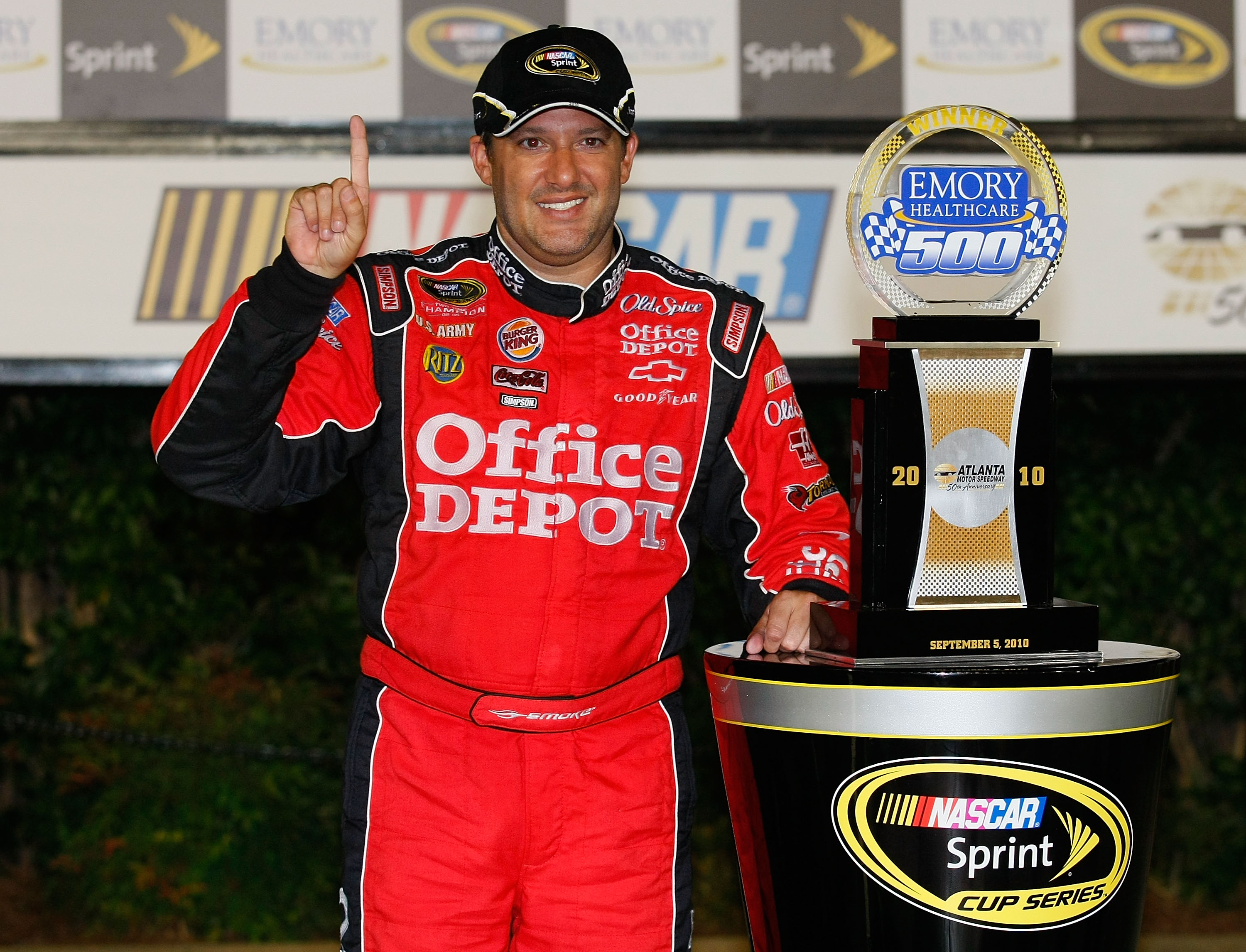 Believe it or not, Atlanta marked Stewart's first win of the season, despite an absolutely torrid on-track run through this summer. It's usually when Smoke heats up, but consider that in the past 14 races—the majority of the regular season, any way you cut it—he's finished worse than 15th only twice.

He's driving like he needs a new sponsor for next year. And, well, that's true. You have to wonder if Mobil 1's taking a long, hard look at that No. 14 team right about now. 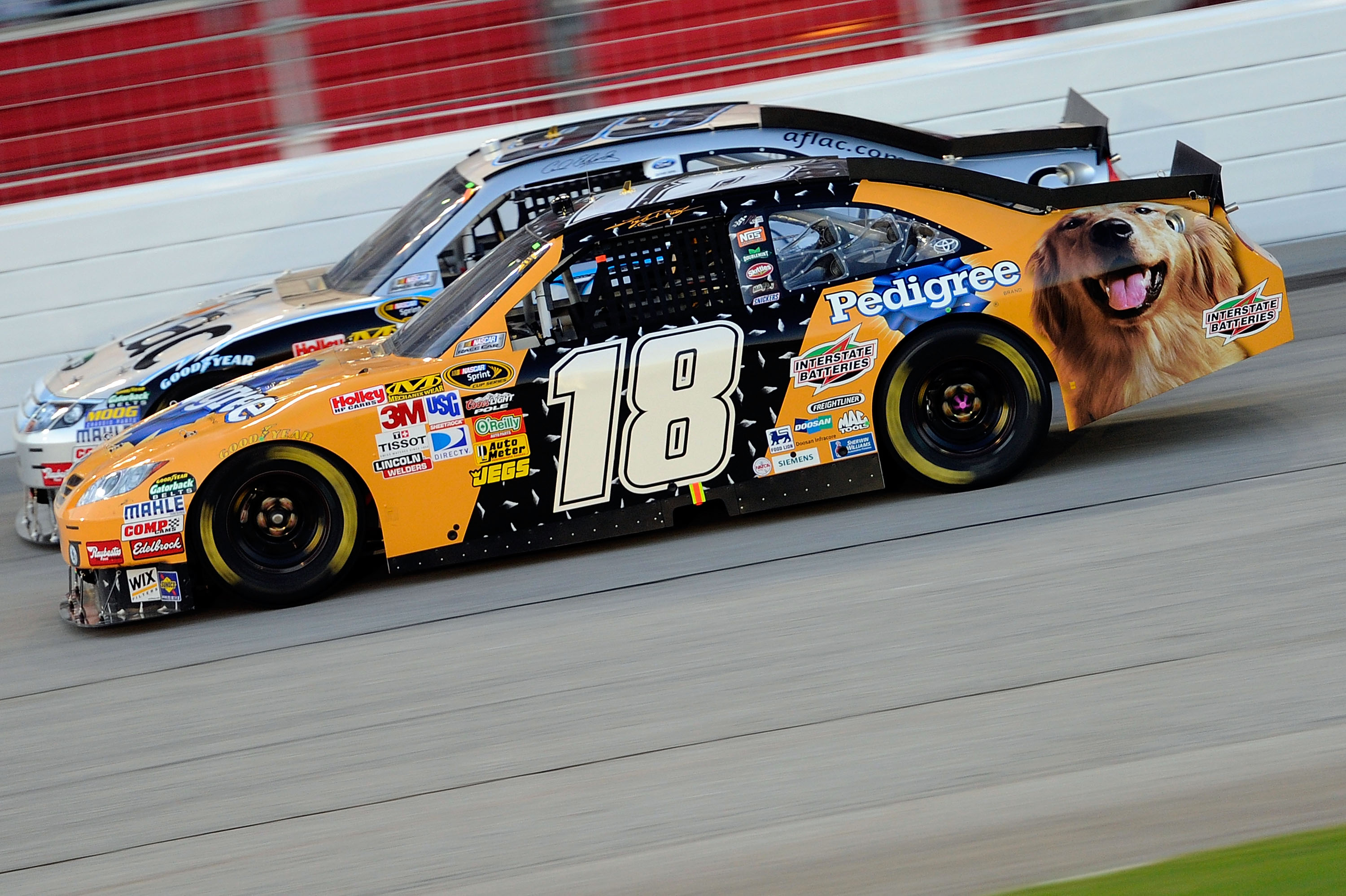 Rowdy moves down a spot in this week's rankings not due to a bad race on his part (his recovery from losing a lap due to the speeding penalty was impressive), but due to an excellent race on Tony Stewart's. The No. 14 car outclassed the entire field, including Kyle.

But salvaging a fifth-place run was still a pretty good effort. And that's what this team needs if they're ever going to find late-season success—they need to learn to overcome adversity and turn it into strong finishes. 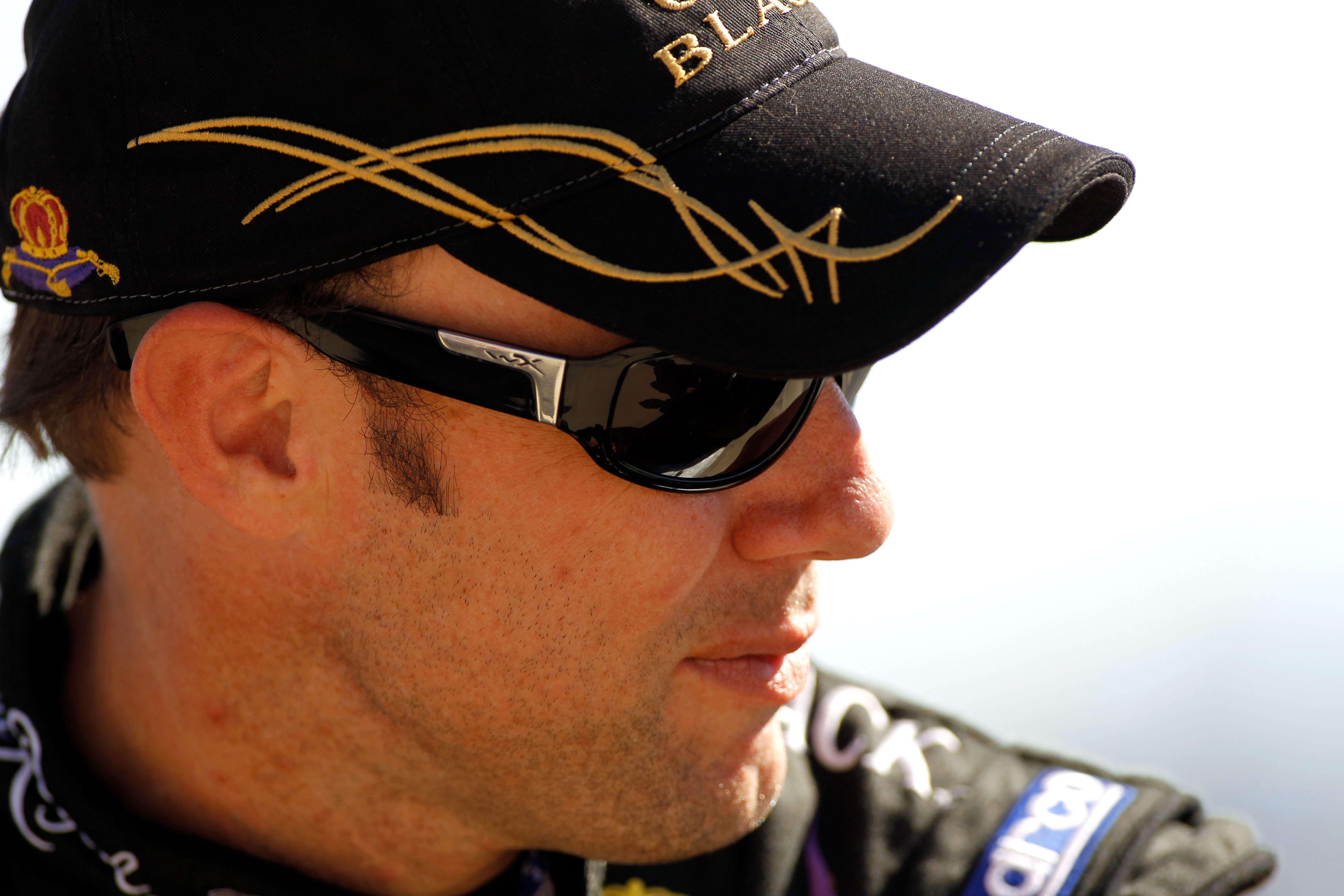 Kenseth moves up on sheer luck. He drove a quiet race from the 30th starting position to finish 11th last night. Meanwhile, his closest power ranking rivals, Denny Hamlin and Greg Biffle, had miserable luck knocking them out of contention last night. Jeff Gordon and Kurt Busch didn't do anything to propel them THIS high, while I'm still looking for more out of Jimmie Johnson before calling that a top-five team again.

Plus, Kenseth's got the same stuff as Carl Edwards in his car. And Edwards is clearly back. Success by association, if you will. 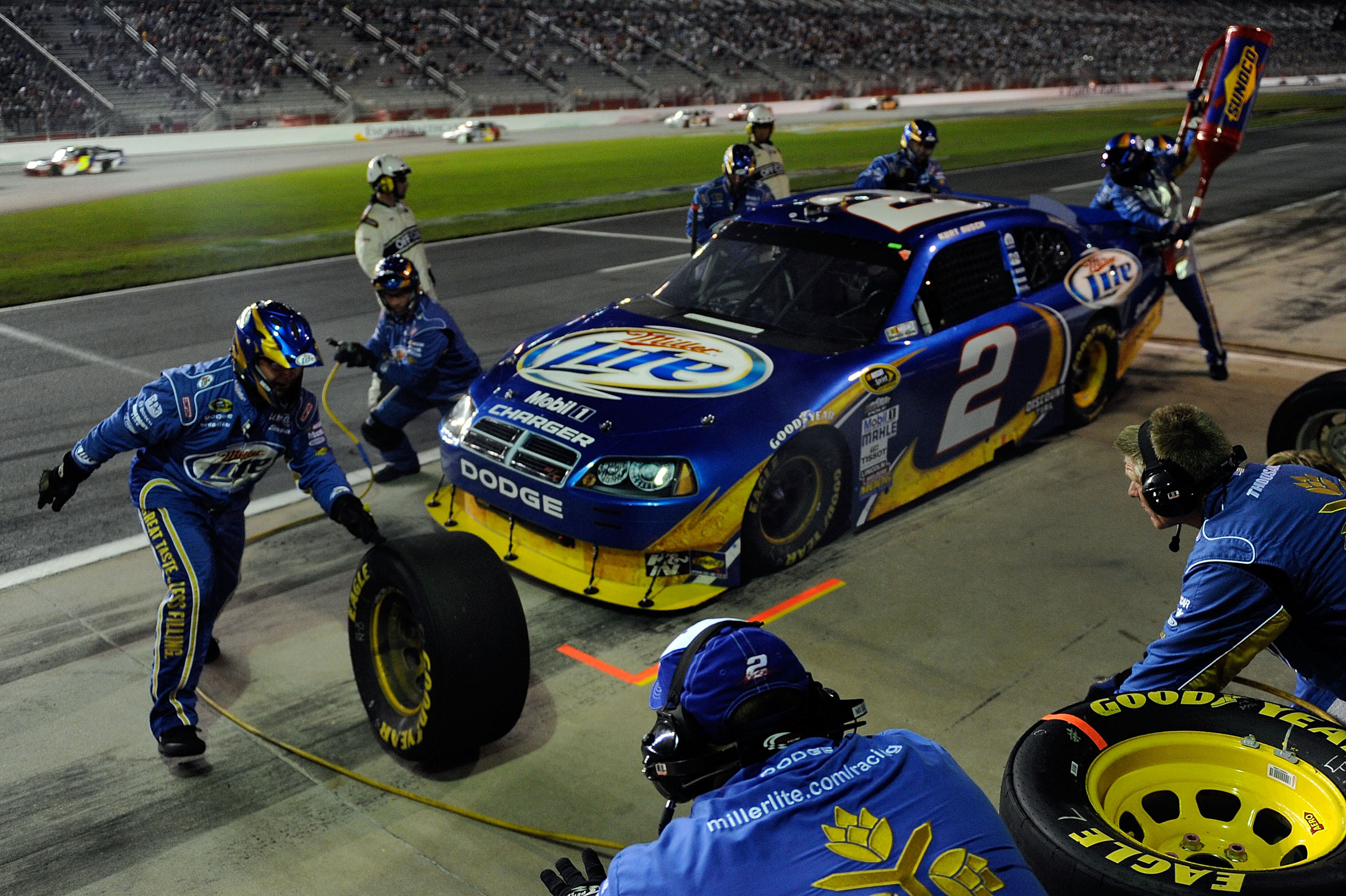 The Blue Deuce ran up front for 10 laps last night and eventually made a sixth-place run out of it. That's a solid run, though you would hope they could at least achieve as much when they made a mockery of the field at Atlanta in the spring.

Still, an okay run, combined with bad luck on the part of some other Chase contenders, elevated Busch to eighth in the points. That's kind of a good day, No? 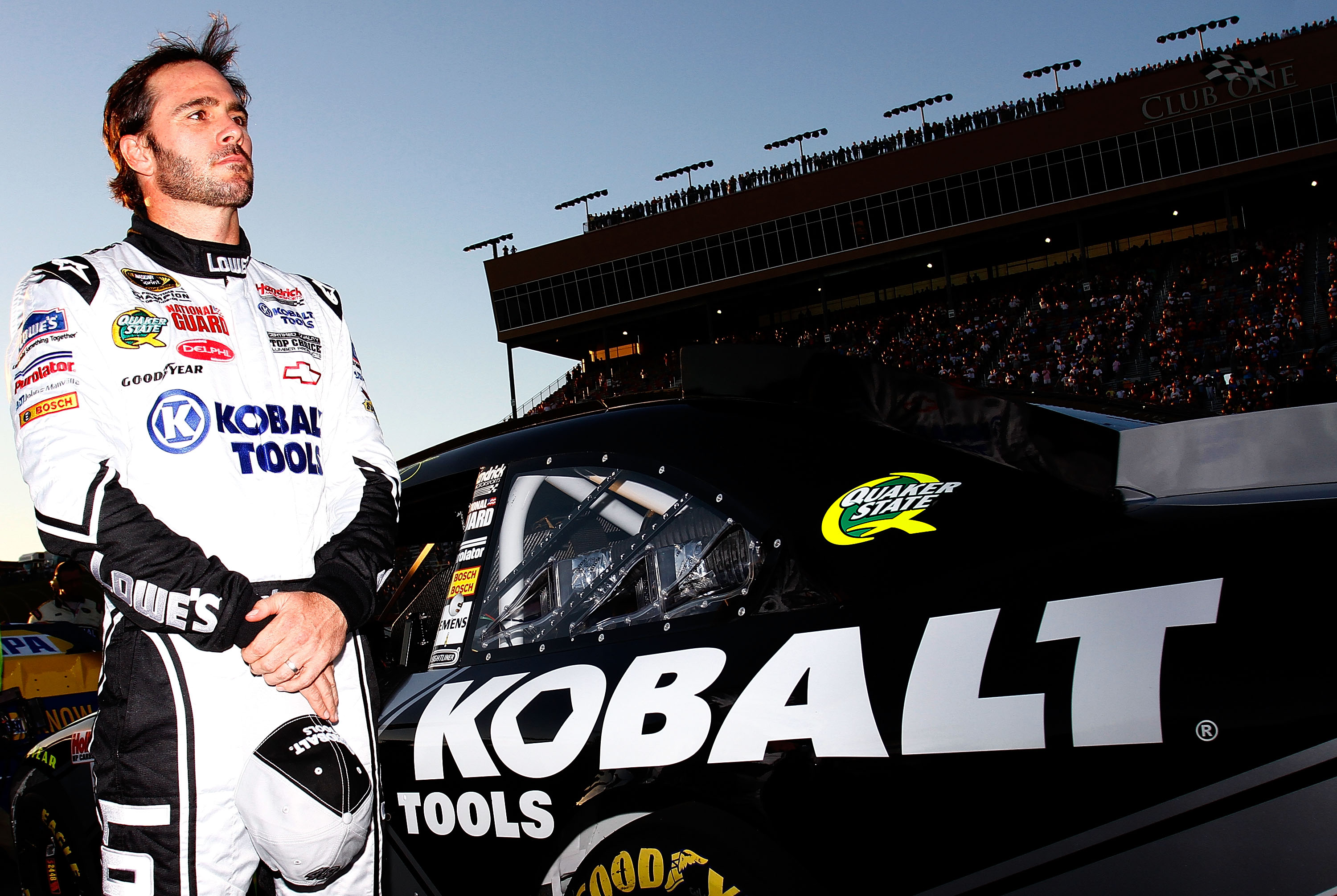 I probably underrated Johnson last week. But let's face it—we haven't seen the No. 48 team that we're all used to yet, and that has a lot of people, me included, questioning them. Maybe we're just subconsciously hoping that we'll have a new champion this year, especially if it's Kevin Harvick, who's been the class of the field all year.

Of course, this is probably gonna blow up in all our faces, Death and Taxes will prevail once again, and I'll implore everybody to go watch IndyCar racing. 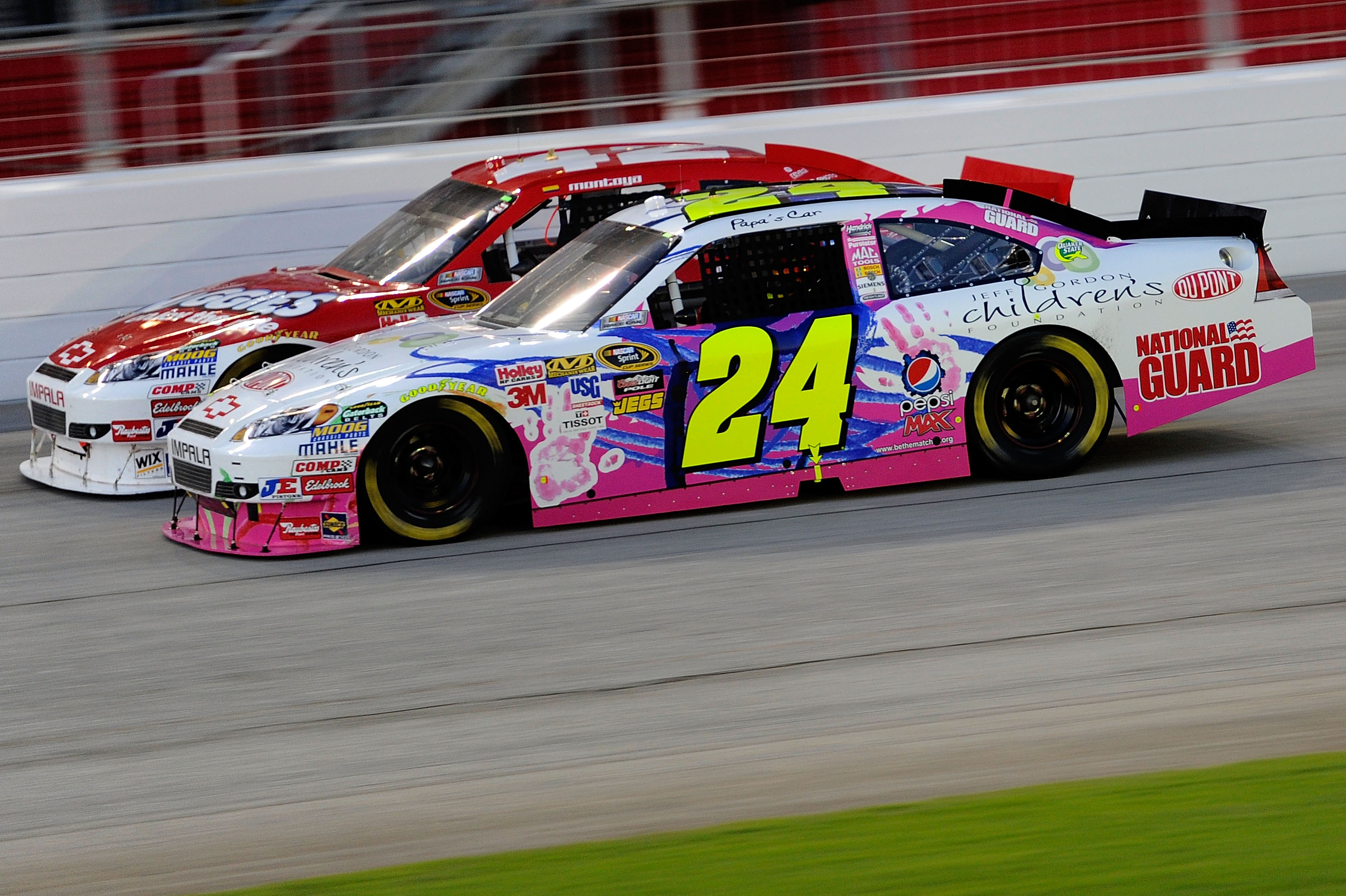 I only got one comment on last week's power rankings—a Gordon fan asking me if I was a "hater" for ranking him so low. Nope—just looking at the way the team's run recently. The team's run of five straight top-five finishes from Michigan to Chicago was fantastic, but what have they done since?

The answer: two top-10s, not all that much time spent up front, and an average finish of 15 on the dot. Gordon is beginning to feel like the St. Louis Blues used to be in hockey—always generally around, but never really doing all that much. It stinks, but it's like the No. 24 has never been the same since the Chase format robbed them of the 2007 title.

(For those not getting the reference, the Blues made the NHL playoffs every year from 1980 to 2004, but never made it past the second round. That's exactly what Gordon's team feels like right about now.) 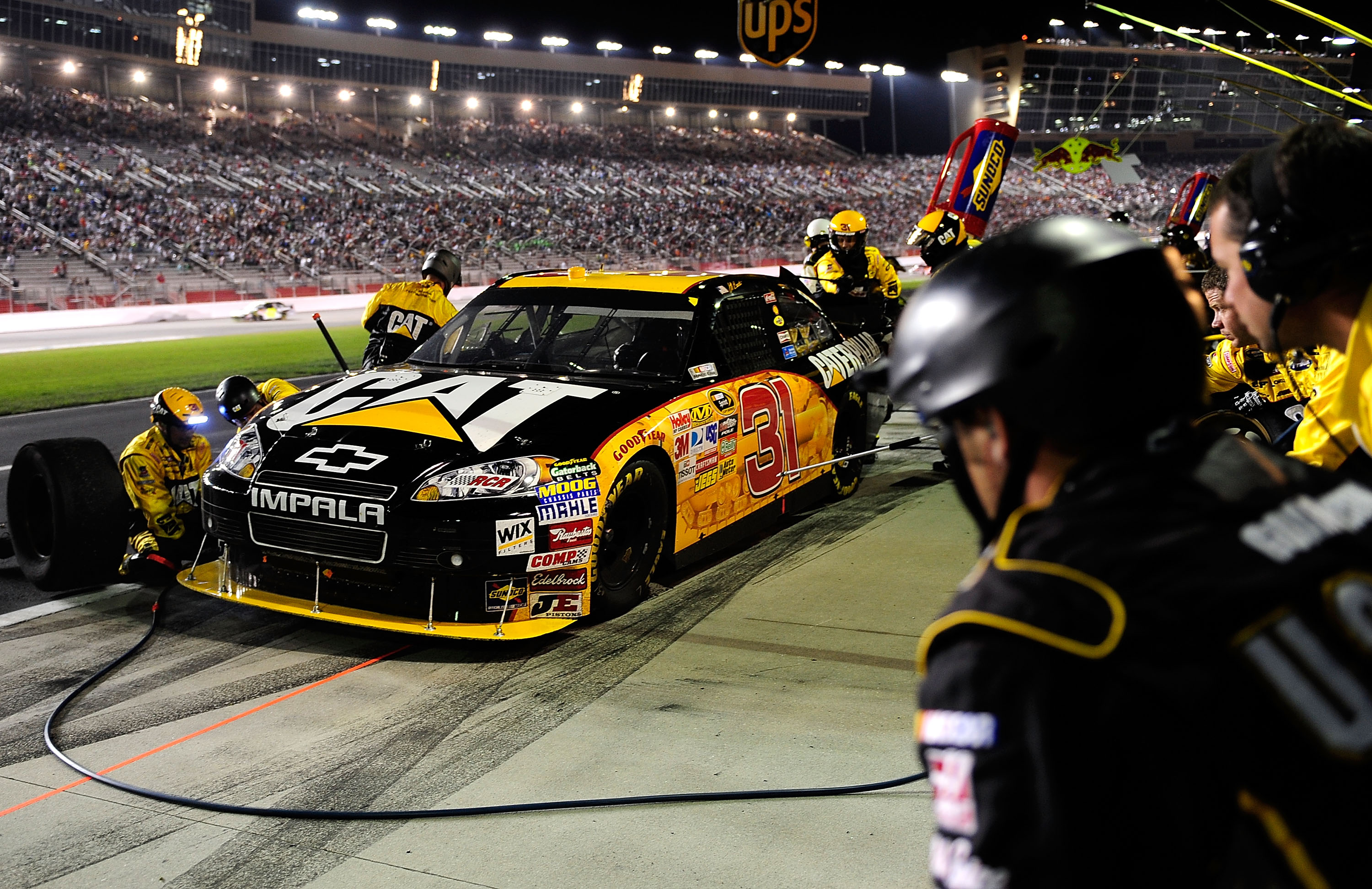 I keep forgetting that this team is in the Chase. I honestly do. They're like the invisible men. Last night they finished a strong fourth, coming all the way from the 26th starting spot to do it, but let's face it—because they're not one of NASCAR's marquee teams, they don't get the attention.

I mean, it also helps render you anonymous when one of your teammates has been dominating all season, and the other is getting a huge publicity boost from being the last guy to make it into the Chase.

I bet if I asked you off the top of your head where they were in points, you would not have said sixth. 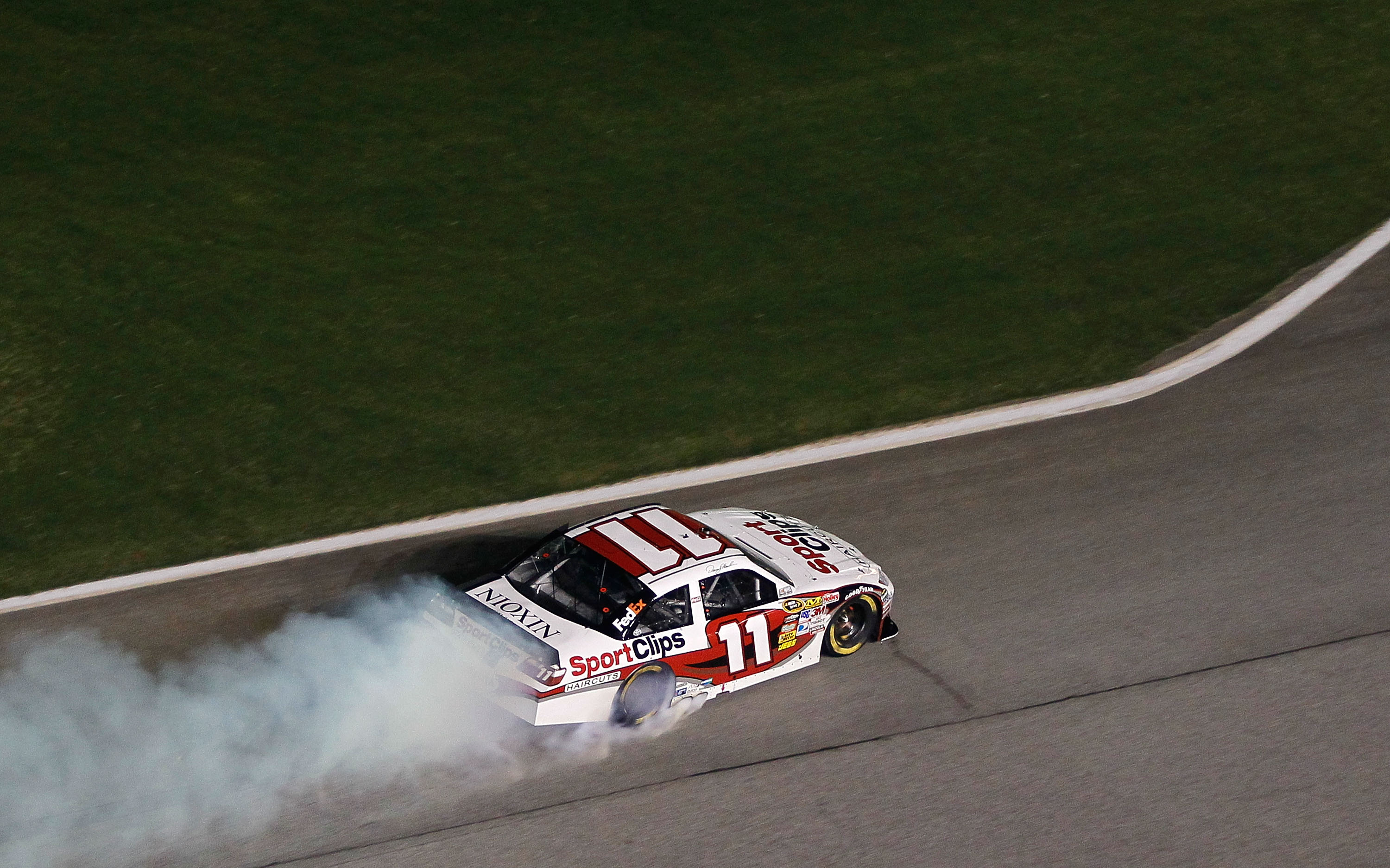 Droppin' like a cylinder in a blown engine—that's Hamlin in this week's power rankings.

The pole was sure a nice thought, but for what happened last night to happen is unacceptable for that team. It's especially bitter when Hamlin had just brought his team's reliability into question in an interview before qualifying.

So much for that. 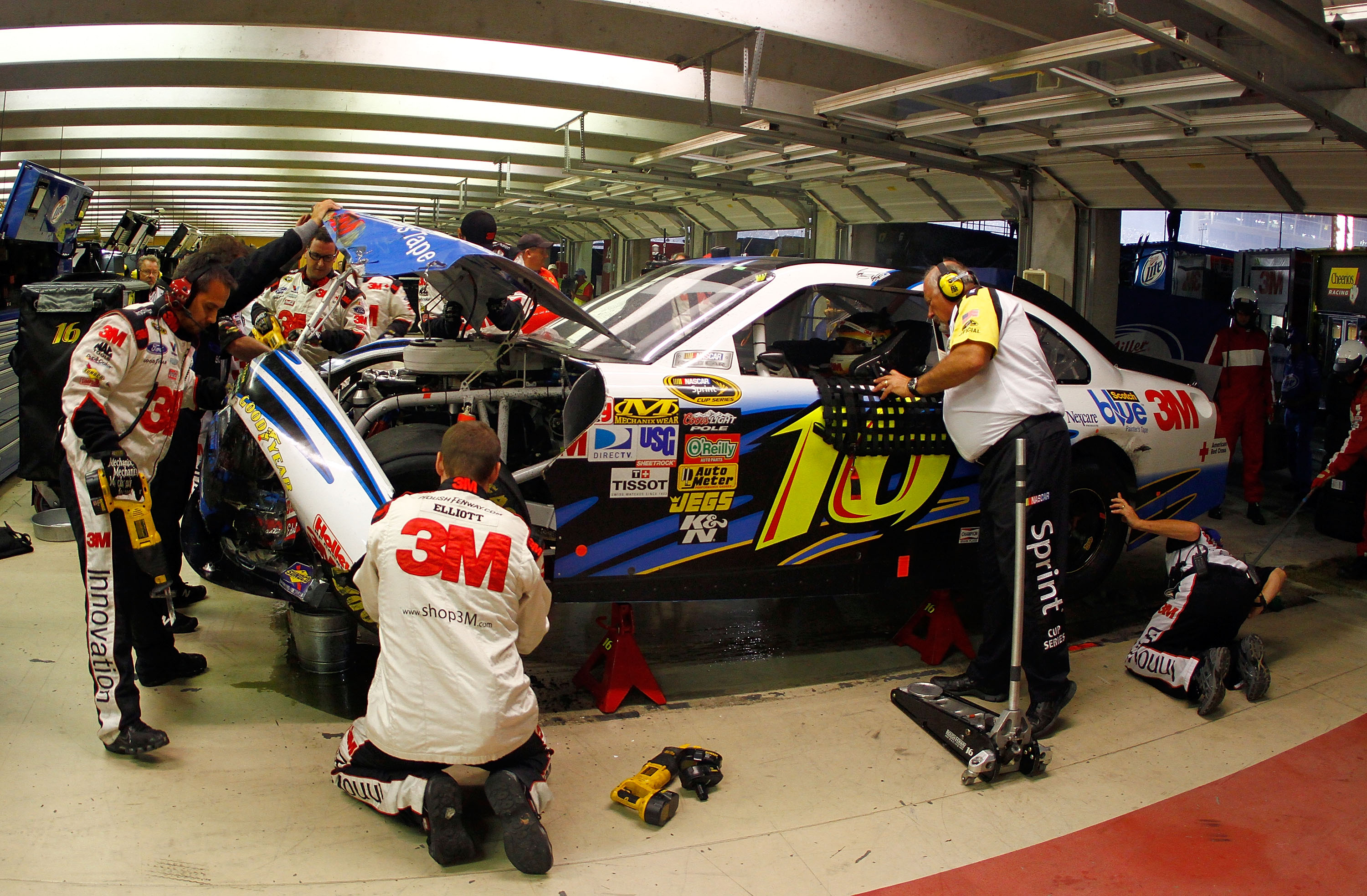 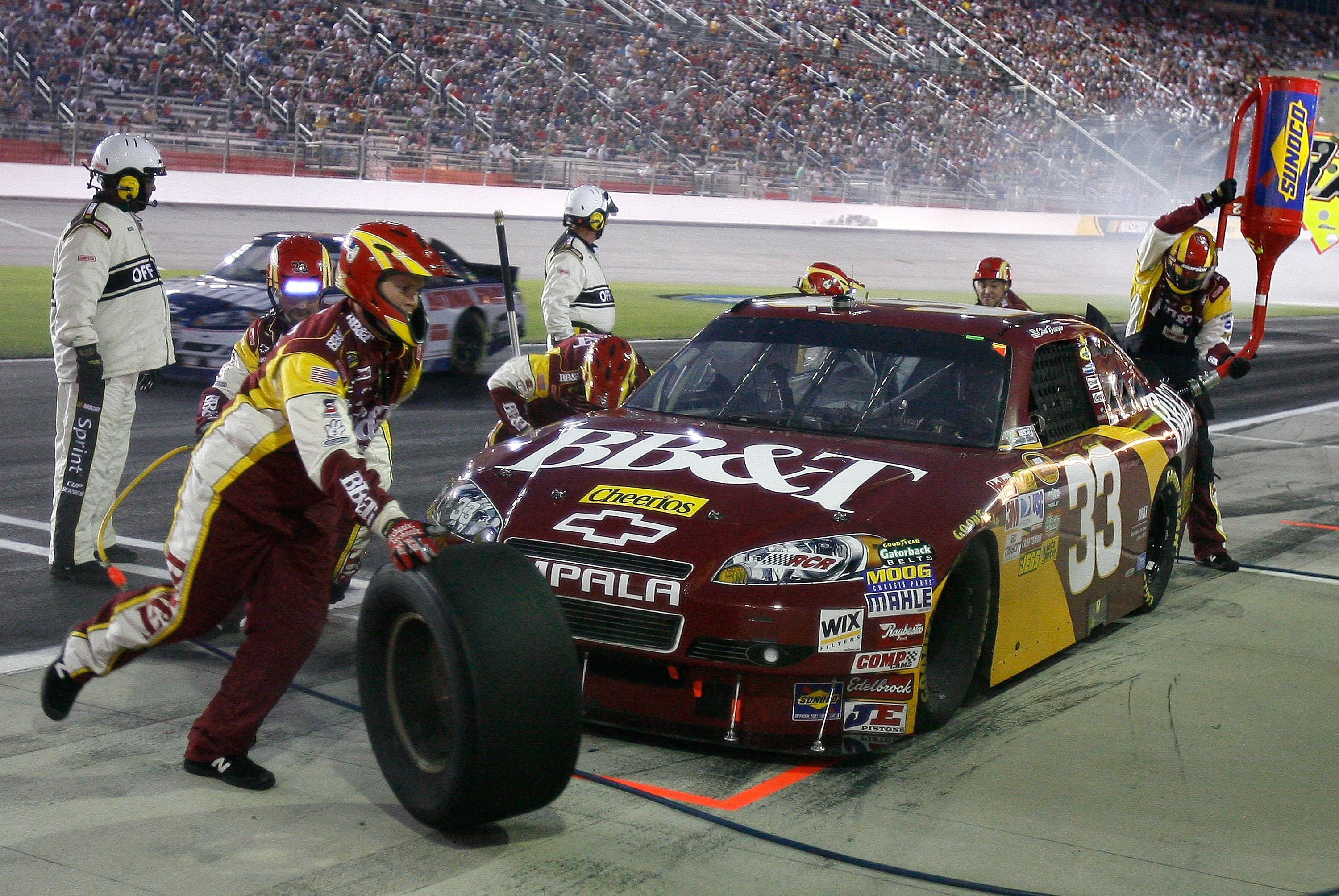 Yeah, looks like I was wrong about Jamie McMurray. My bad.

Bowyer finished seventh as his closest competitors for the final Chase spot, McMurray and Mark Martin, finished 15th and 21st, respectively. Which is, you know, good for them, but you need more than four top-five finishes all year to really contend in that. 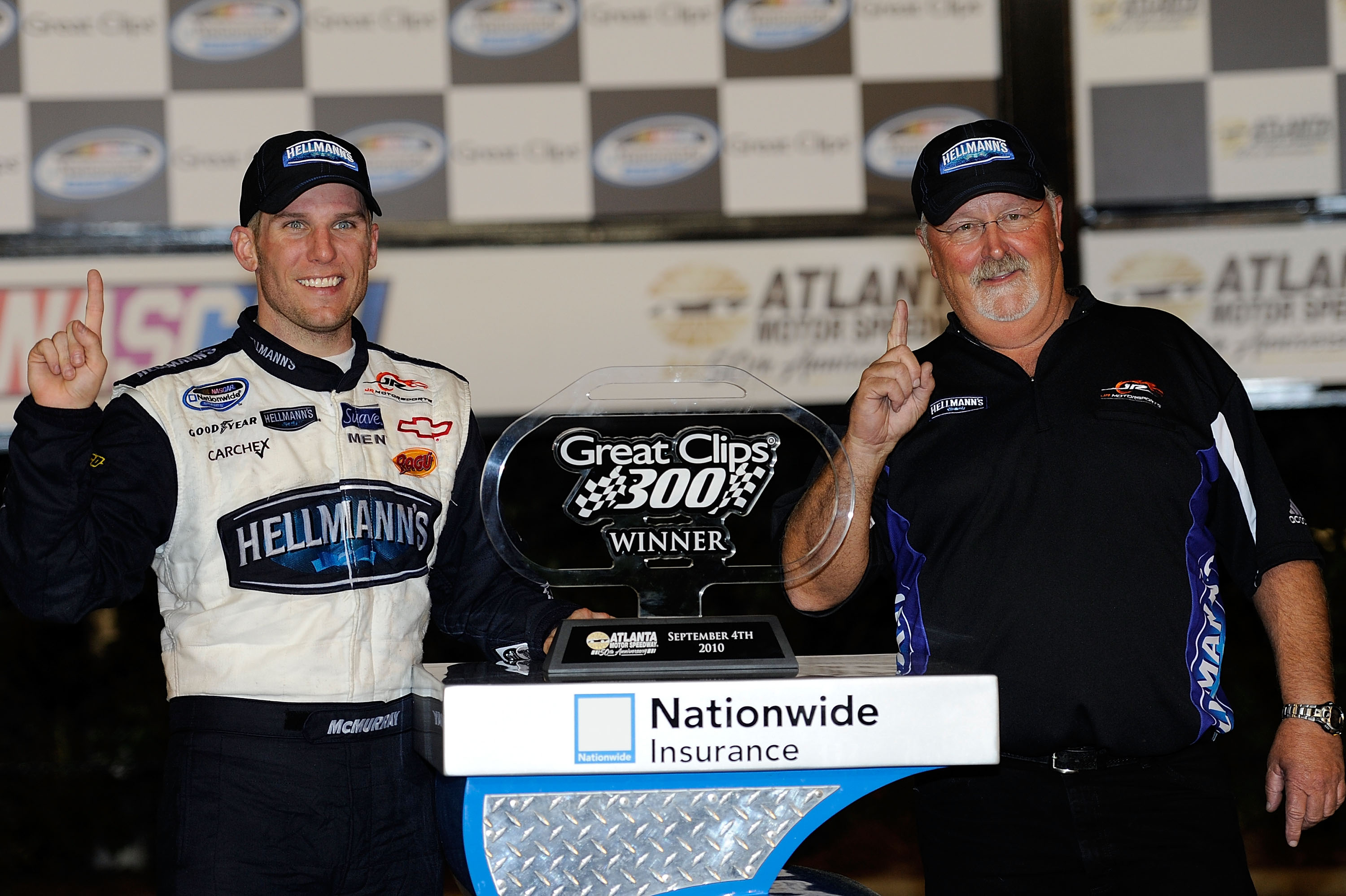 I was so confident in Jamie Mac pulling out the upset and finding his way into the Chase. Really, I was. This team has proven itself in the clutch, hasn't it?

But now he's 14th in points and has almost no hope without pulling a Jeremy-Mayfield-on-steroids-type run out of nowhere at Richmond. He'd also need Bowyer to have bad luck of, well, McMurray-in-2004 proportions. It's really not going to happen.

Shouldn't have wasted that win on the Nationwide race, pal. 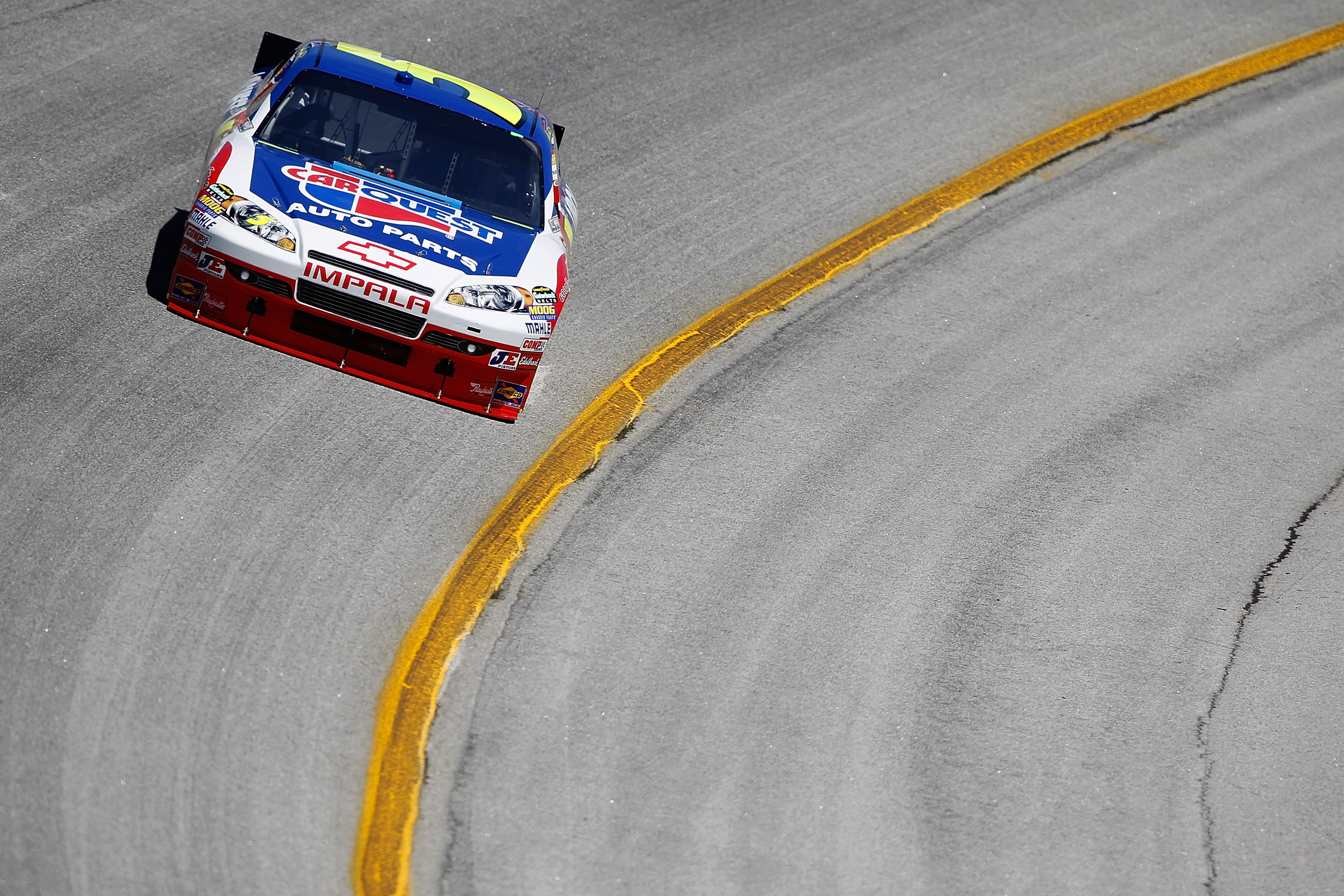 Staying right where he is as a nod to his Hendrick Motorsports team re-signing major partner Quaker State as a backer for the foreseeable future. The No. 5 car will carry their primary colors for four races next year, almost completing their primary sponsorship rotation for next year.

Now if only they could get that damn Wal-Mart deal in place. 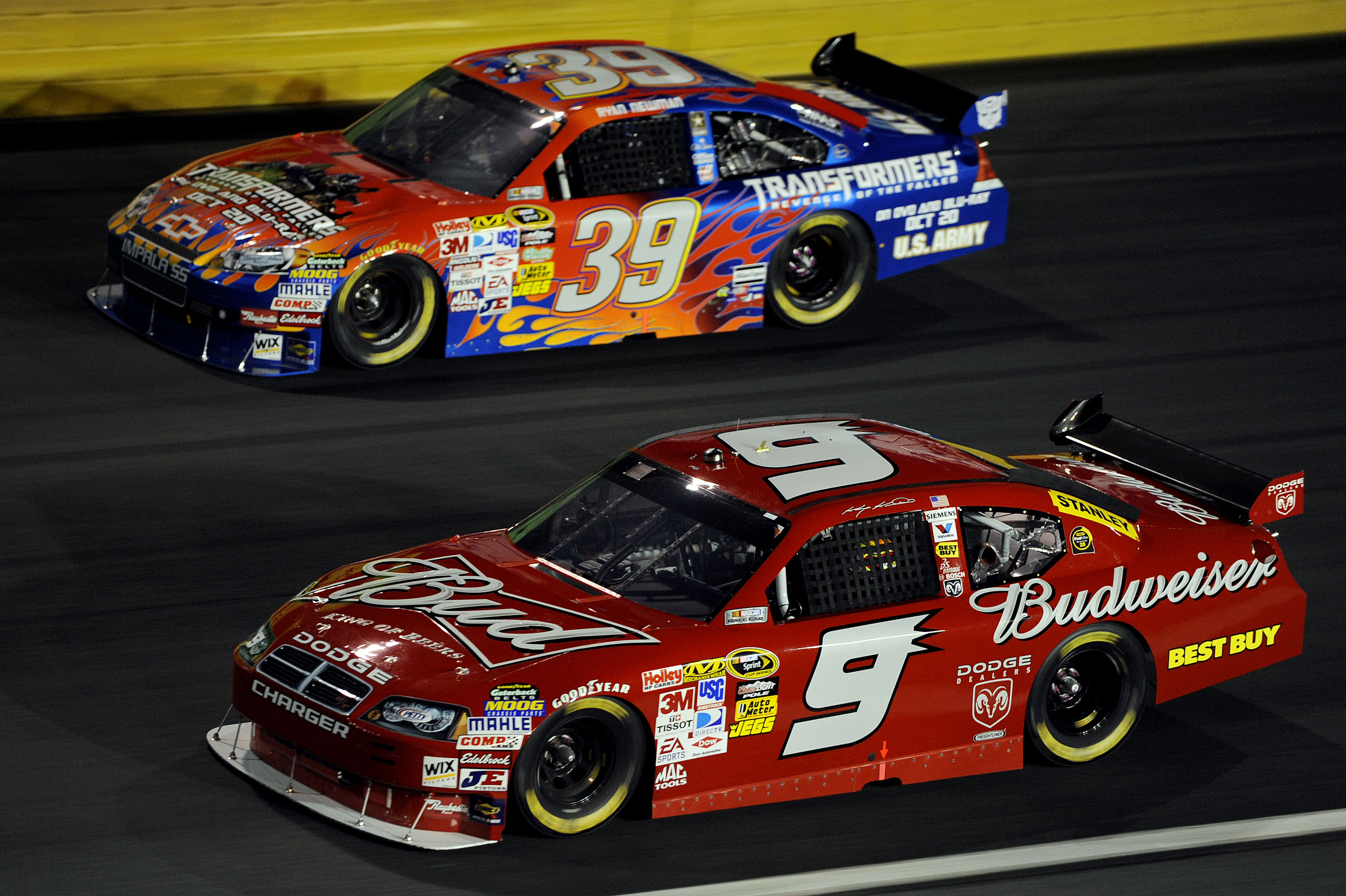 Unfortunately, Getty Images didn't have any photos of their post-race confrontation, sticking us with this photo from last year, but if you watched the broadcast, you know what happened. And damn, was it fun to watch.

Kahne got racy Sunday night in an attempt to pay Newman back for turning him into Kurt Busch, an incident that cut down Kahne's left front tire and left him 15 laps off the pace in 32nd. He tried to turn Newman with three to go, but the Rocketman managed to save the car from wrecking. Meanwhile, Newman propelled himself up to 13th in points with a ninth place finish.

That's all for this week. Enjoy Richmond, folks, and see you in the live blog.