Great football minds have been known to create great defenses.  Here is a listing of five deadly defenses of the 20th Century that changed the nature of the game forever.

1) The Split 60 of Jerry Claiborne

A running back for Bear Bryant at Kentucky in the 1950s, Claiborne combined the rugged taskmaster role of his own coach with that of cerebral technical planning.  Successful at VPI (Virginia Tech) and Maryland before returning to his Alma Mater, Claiborne took an existing defense and modified it to the point where he is identified with its creation.

So named because of the six-man front with spacing gaps which outflanked the offensive tackles on the ends, the real strength of the alignment were the tackles, who shot the natural gaps of the offensive line trying to stretch and mirror the wide defensive front.

At Maryland, Claiborne coached perhaps the most formidable Defensive Tackle of the past half-century in Randy "The Manster" White.

Nowhere is there a more respected coach in the history of football—a genius who asked for no quarter, and gave none.  Wilkinson was the most organized man in America, according to his associates.

We all know his phenomenal coaching record, much of it due to the creation of his Okie 5-4, later modified at times to the 5-3.  It is what it sounds like: a five-man defensive front designed to destroy the opponents' running game.  He retired at age 47 with a record of 145-29.

Enter into the discussion one Don Ettinger, a two-way guard/linebacker who played in 1941, went to the War, and returned for the 1946 and '47 seasons in Lawrence.

Ettinger may be the most influential player in defensive history. Why?  Because he came up with the idea of the red dog, where a man playing behind the defensive line would come running into the line and attempt to tackle the runner or passer.  Today this is widely known as the Blitz.

Florida A&M head-coach Jake Gaither took a basic cover zero defensive ploy and moved the corners up and put them on an island with the receivers.  The legendary Rattler coach promoted the idea of closing the space upon the snap of the ball instead of backing up.

Looking around the conference upon his arrival at Missouri in 1958, Devine calculated that Big 8 teams ran over 90 percent of the time. He created a five-man wall with two linebackers up close to the line, and a natural umbrella four-man cover unit.

Devine stopped those running teams of Oklahoma, Nebraska, and Colorado by overpowering the blocking up front.  In his third year the Tigers won the Orange Bowl.

Dutch defender is available on a free transfer 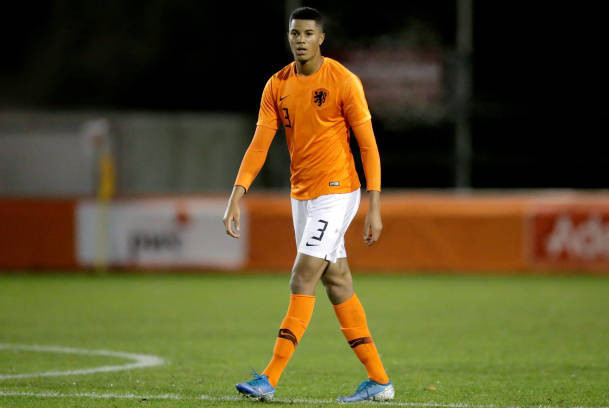