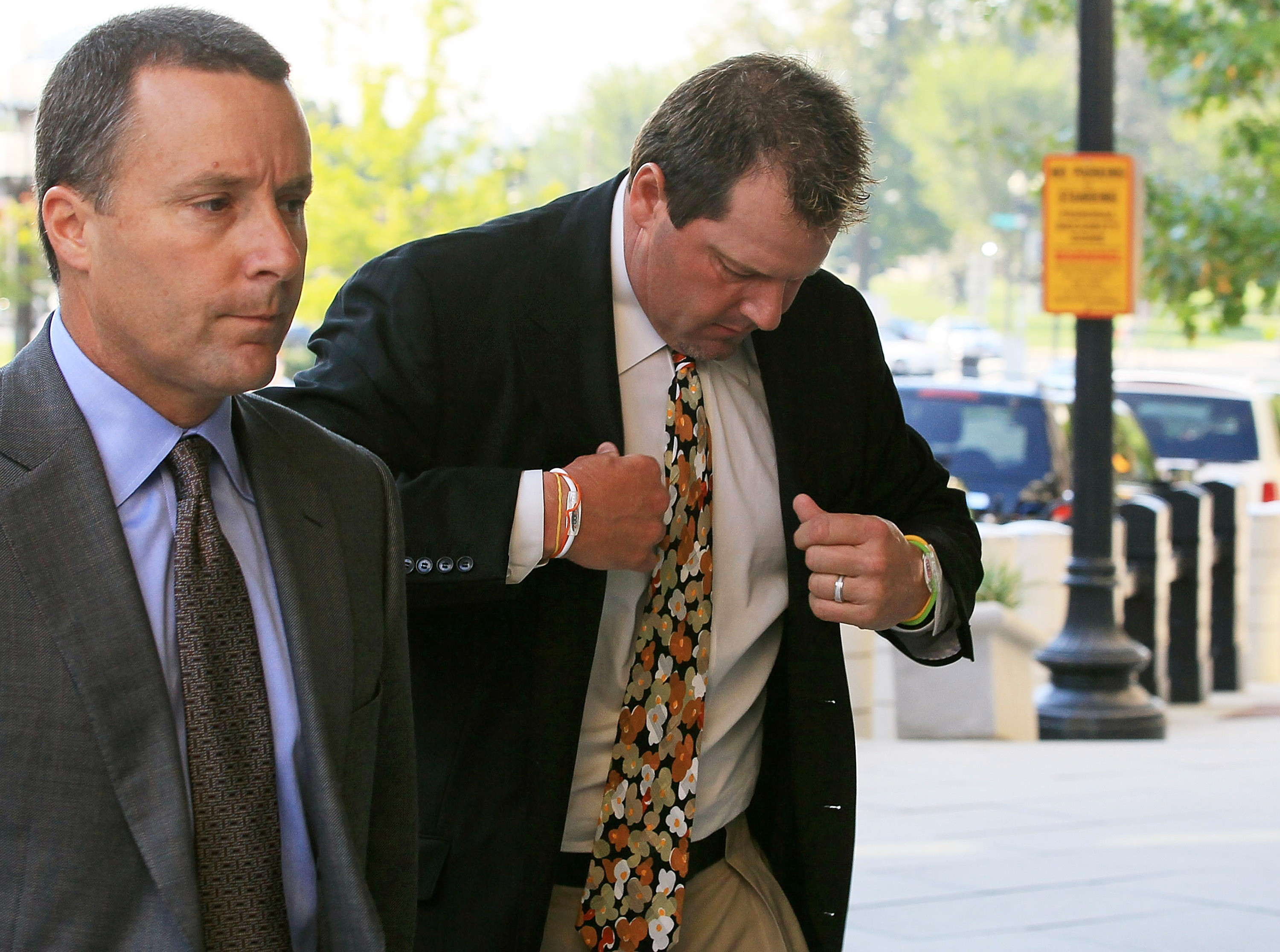 Clemens pled not guilty to the Congressional charges levied against him today.Mark Wilson/Getty Images

Roger Clemens plead not guilty to the perjury charges levied against him Monday, according to a report from the Associated Press.

Clemens was accused of lying to  Congress during a hearing regarding the use of steroids and HGH in baseball.

If he's convicted, he faces jail time of up to 30 years, and a fine up to $1.5 million. But the real damage was done today, as Clemens' not guilty plea has already sealed his fate.

Here are 10 reasons why Clemens' Hall of Fame dreams were dashed today.

10. He Has Yet To Produce Factual Evidence That He Never Used

One of the men on the outside of this picture is lying. Which one?Pool/Getty Images

When Clemens appeared before Congress in 2008, alongside accuser Brian McNamee, he took a very interesting stance on his drug use. Rather than providing other explanations for some of the things McNamee was claiming, Clemens simply denied the accusations entirely.

His defense was based entirely on the sentence: "Come on guys; you know me! I'd never do that!" He's never provided proof, and it's now too late to subject him to a drug test. The "c'mon guys" defense is rarely seen in court, due to the fact that it seldom works. The fact that he's been unable to provide any evidence in his own defense is a good indicator of his Hall of Fame chances. 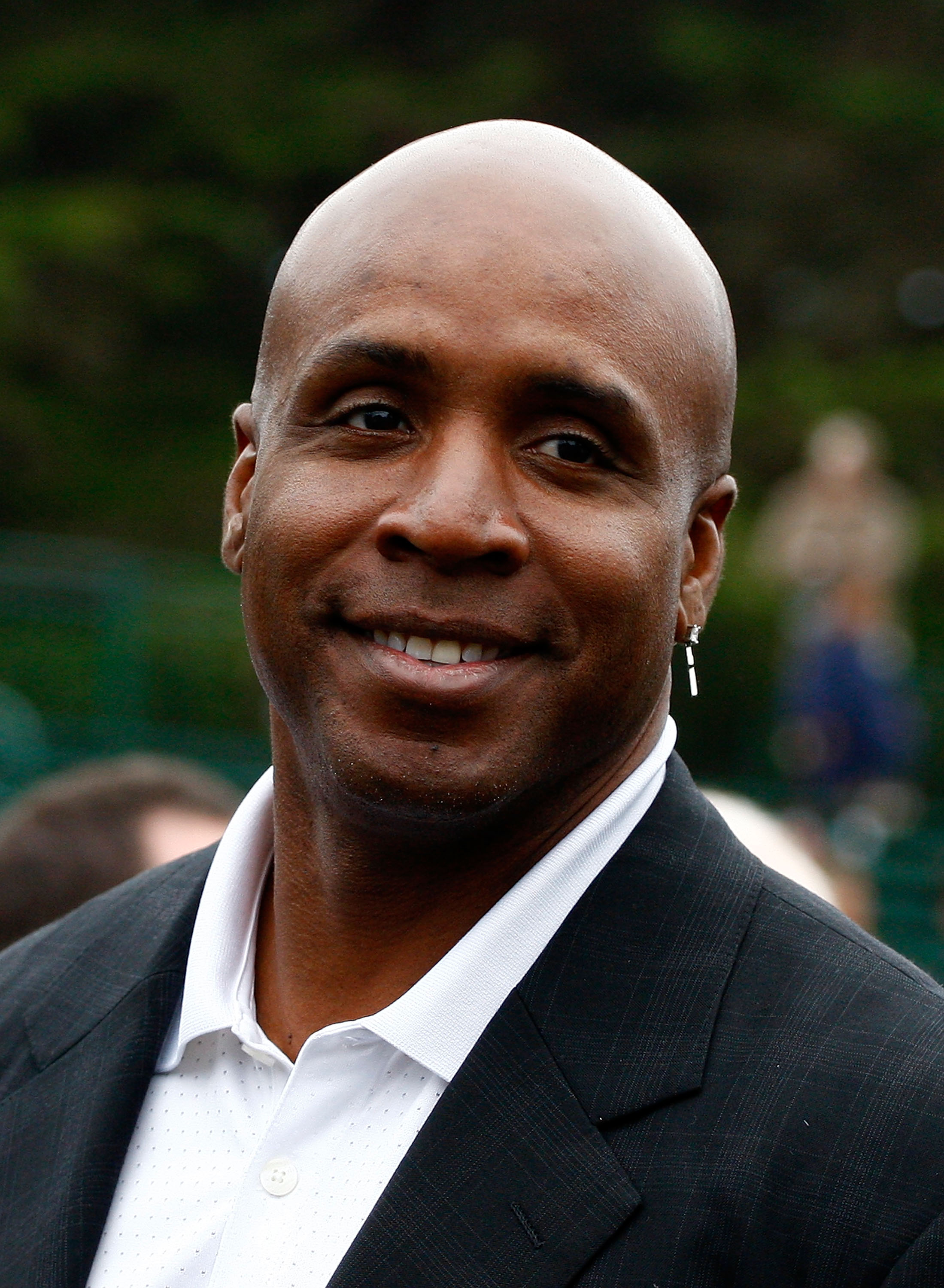 For those of you who forget quickly, Clemens isn't the first steroid era player to be subject to perjury charges.

The first player to be subjected to the perjury investigation is one Barry Lamar Bonds, former outfielder for the Giants and Pirates. Bonds was arraigned on March 21, 2007, and is slated to go to trial in March.

Bonds hit 762 home runs, but his bust is nowhere near Cooperstown. Do you know why? No one will vote him in. All writers need is to hear perjury, and they blacklist a guy faster than Senator McCarthy. Think it won't happen to Clemens? Think again. 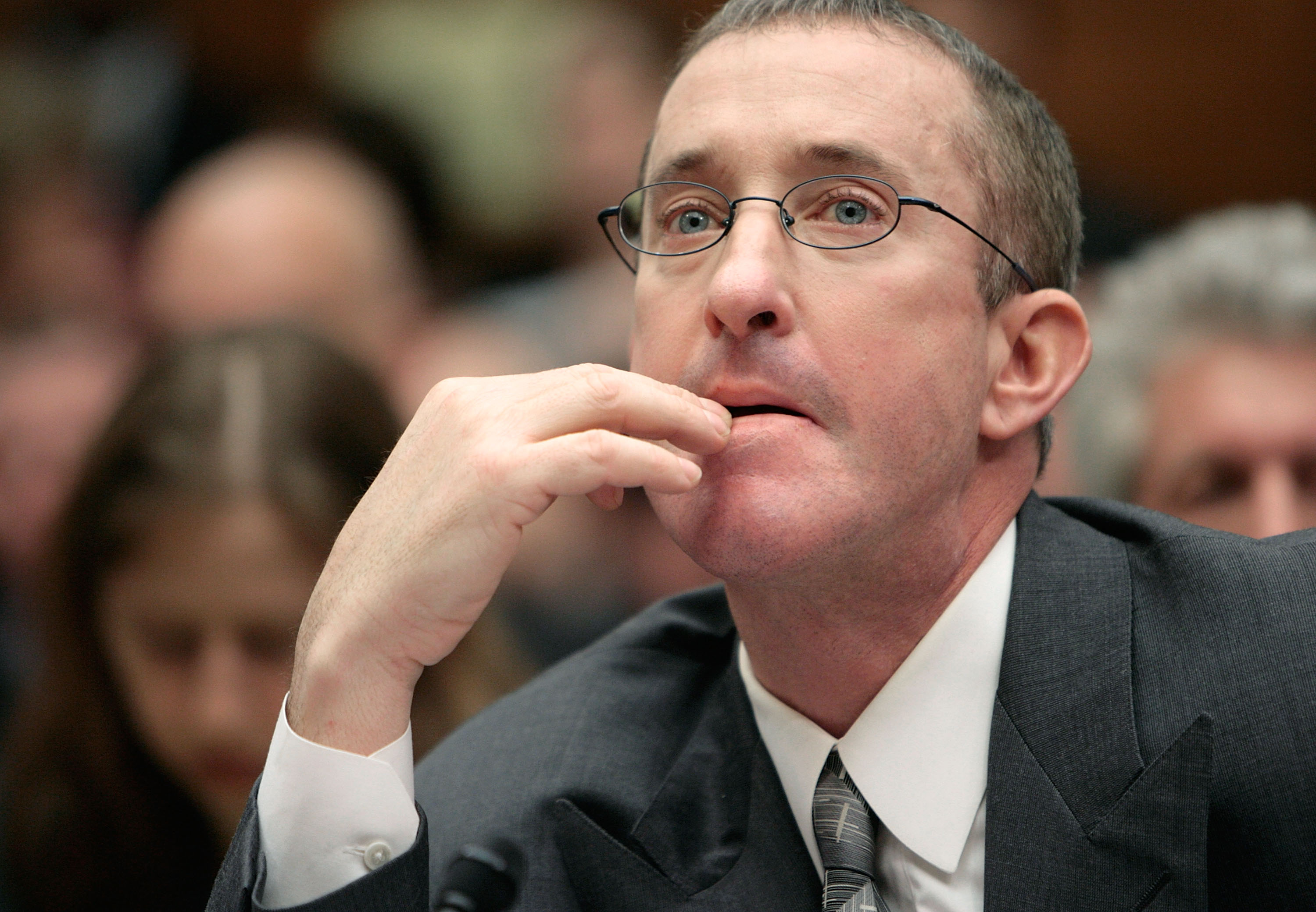 Roger's accuser has been nothing but helpful to investigators.Chip Somodevilla/Getty Images

Regardless of what happens with the trial, there is one indisputable fact that can be gleaned from these goings on: either Clemens or former trainer and current accuser Brian McNamee is lying.

McNamee claims to have old syringes and other physical evidence to support his accusations. McNamee also correctly stated that both Andy Pettitte and Clemens' wife, Debra had used HGH. Why tell the truth about those two, and lie about Roger?

If the physical evidence turns up, rest assured it would be incredibly damning to Clemens' case. 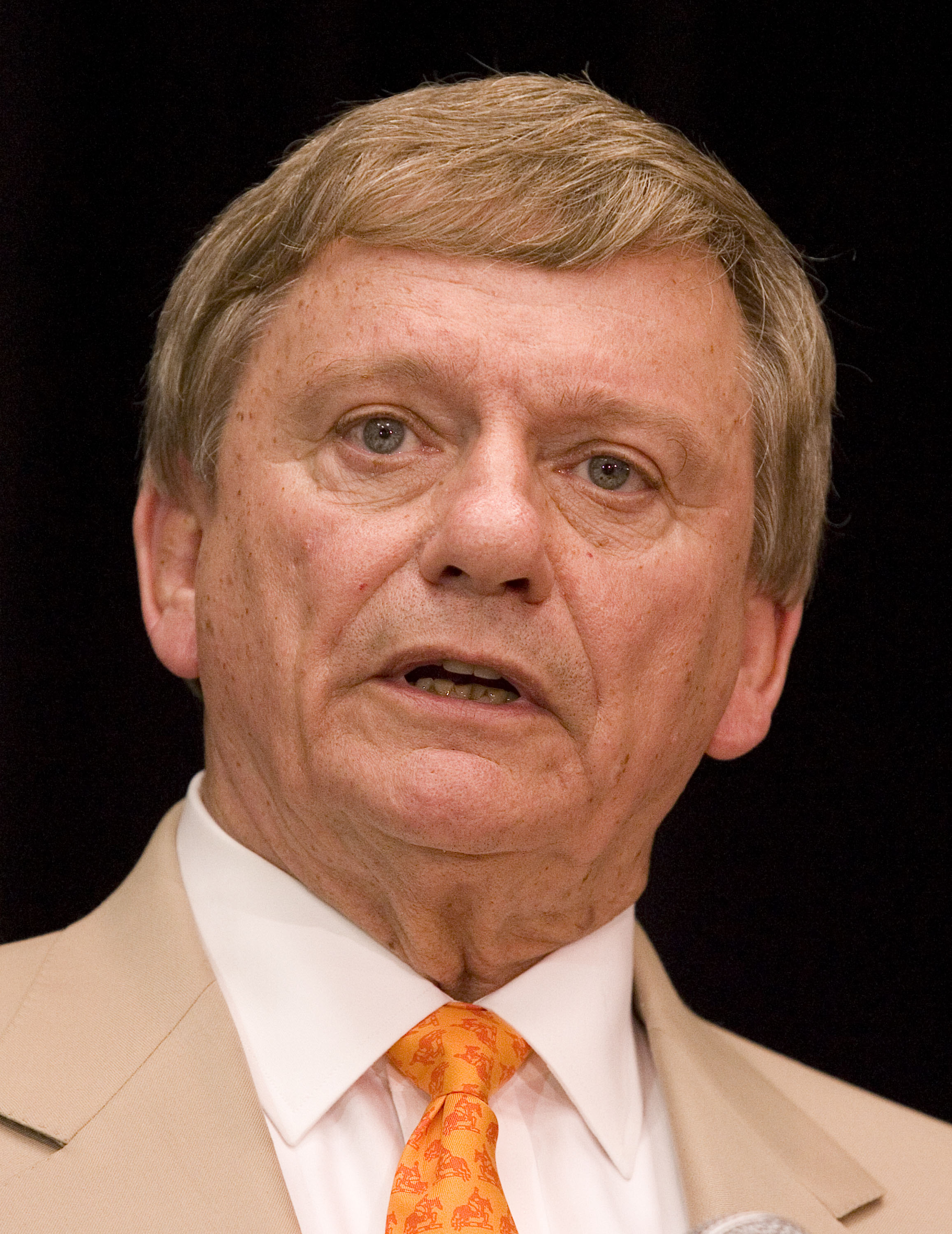 Hardin is an accomplished trial lawyer in Texas, but has struggled with the Congressional hearings thus far.Dave Einsel/Getty Images

Hardin is a big shot trial lawyer in Clemens' home state of Texas. He's had definite success at just about every level of court, but for whatever reason, his counsel has been lacking regarding Clemens.

Hardin has struggled in this trial, and his defense of Clemens has proven dangerous. The strategy they employed during the initial hearings involved name-calling and occasional bullying.

If Hardin can't improve his counsel to Clemens and pull out a victory, no amount of denying will keep Clemens in the Hall. 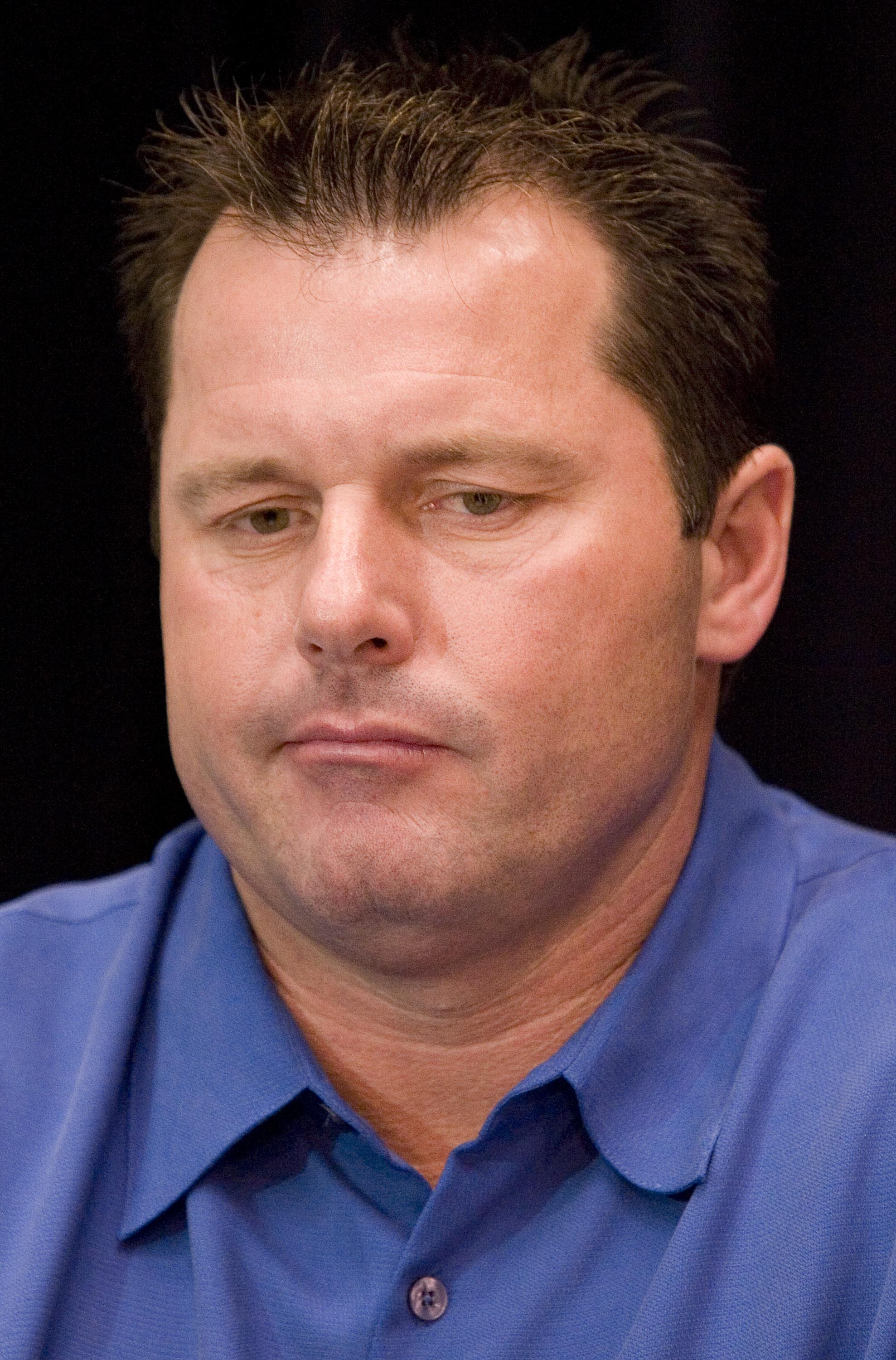 Clemens has acted as arrogant as this face looks.Dave Einsel/Getty Images

One of the more condemning aspects of Clemens' defense has been the Rocket's perceived arrogance and dismissiveness of the entire proceeding.

He has at times appeared to be a bully, and at others, has shown his manipulative side (such as the phone call to McNamee when the story broke).

By refusing to take the very serious charges against him very seriously, Clemens has undermined his whole defense, while turning off a significant portion of the population.

Maybe Clemens thinks that if he acts like the accusations and charges aren't serious, he'll get away with lying (if he is). But since this has moved into the trial stage, it's time to drop the machisimo and show concern over the charges. 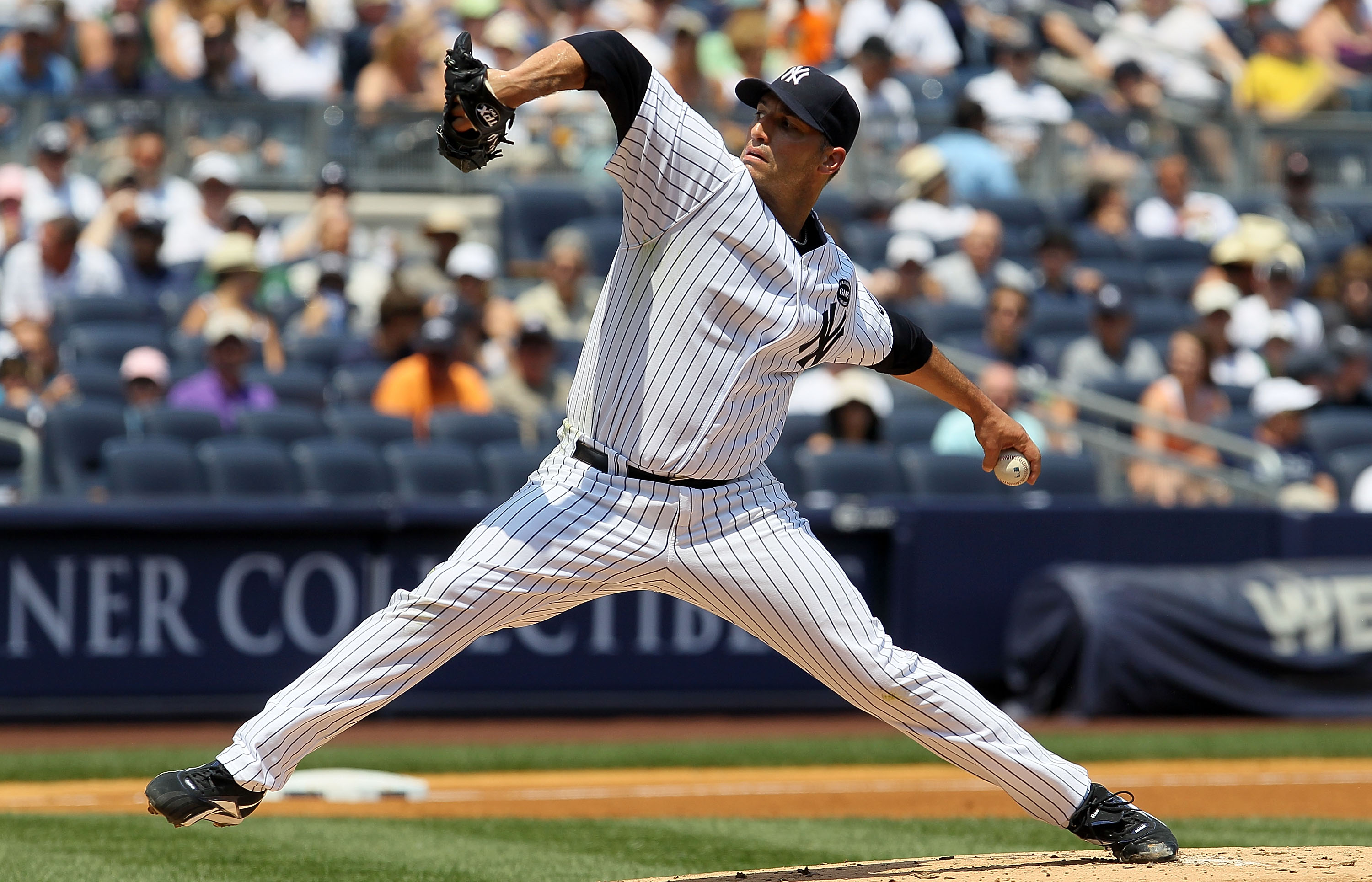 Pettitte will be the key witness for the prosecution.Jim McIsaac/Getty Images

Remember when Clemens and Pettitte were fast friends, who went from New York to Houston back to New York together?

Those days are long gone. Clemens didn't just burn his bridge with Pettitte, he poured napalm on it, lit it on fire, and bombed the ashes for good measure.

In 2008, Clemens said Pettitte "misremembered" seeing Clemens use HGH. Now, Pettitte is the star witness for the prosecution.

We'll see in the coming months just who "misremembered" events. 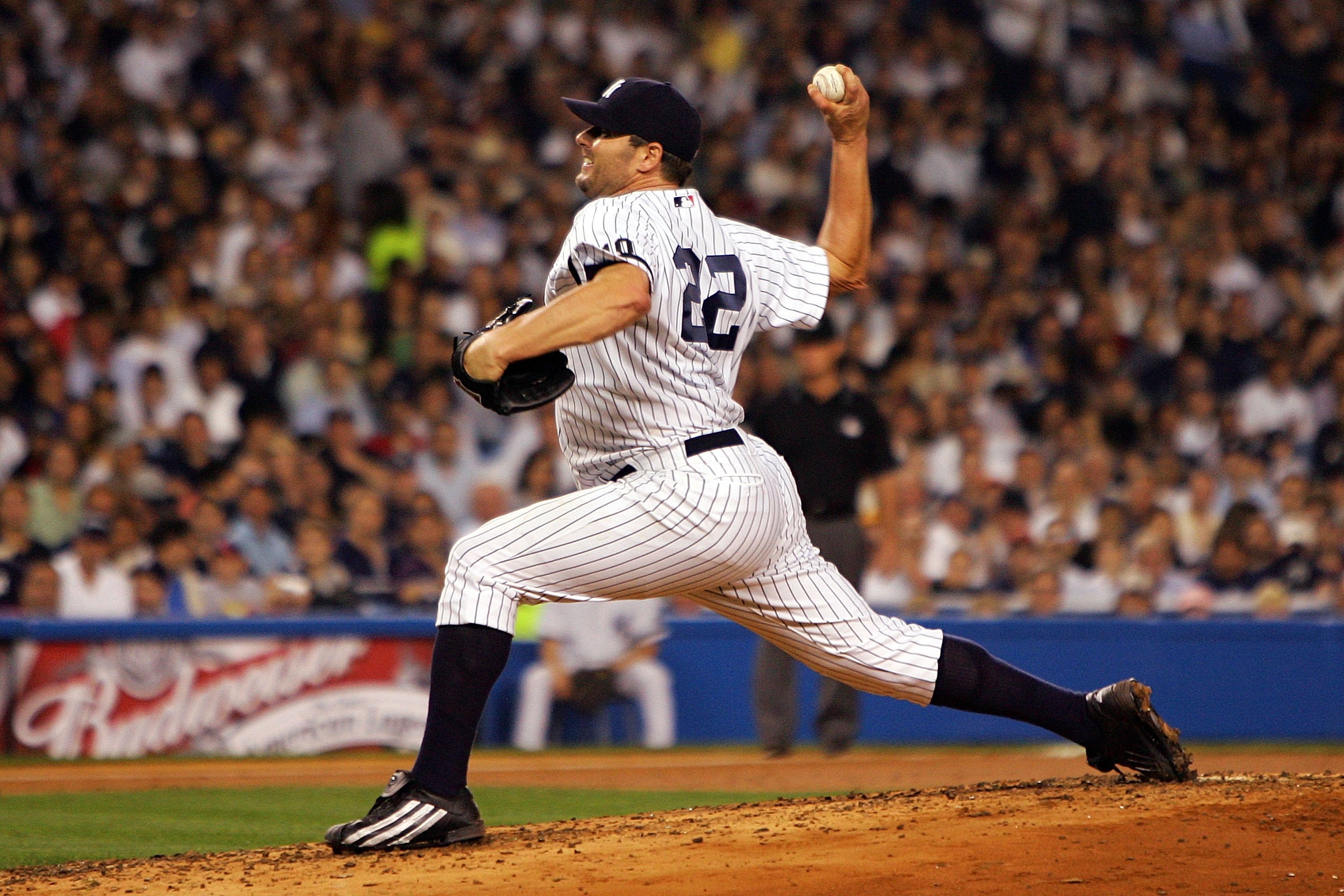 It's hard to redeem yourself when you aren't playing.Jim McIsaac/Getty Images

Clemens retired from baseball for good after the 2007 season, still squeaky clean and bound for Cooperstown.

Then, these allegations hit, and Clemens' name was tainted forever.

Players like Alex Rodriguez and Andy Pettitte have admitted to steroid use, but are continuing to play at a relatively high level now, when they are clean, making the case against admitting them tougher to sell.

Clemens will not be suiting up in a major league uniform again for a multitude of reasons, not least of which is the fact that no team would hire him as things stand right now. Since he has no shot at redemption regardless of how things turn out with his trial, it will be difficult for Clemens to truly clear his name in the minds of voters, regardless of his official status. 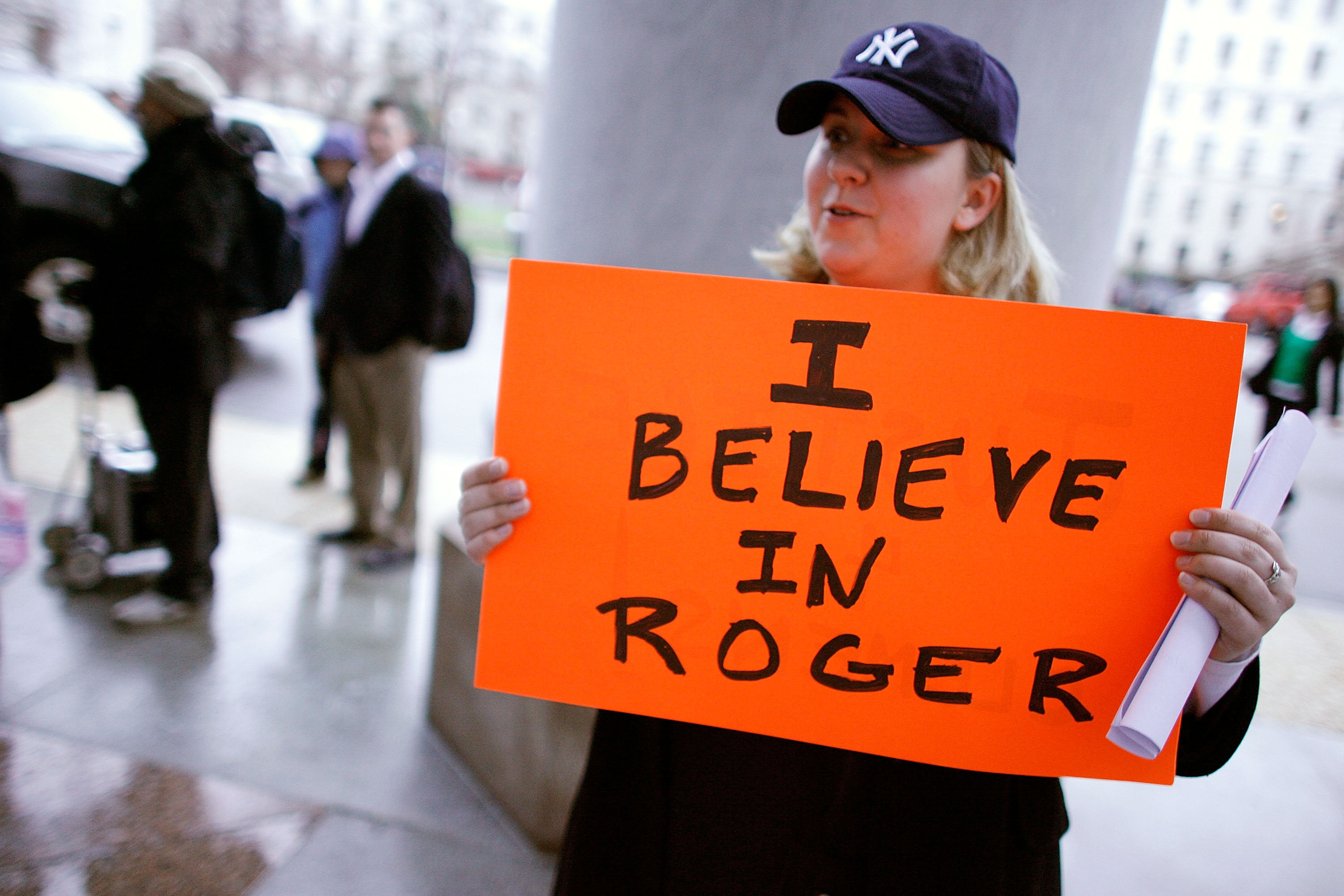 When news of the allegations against Clemens went public in 2008, the general populace was split. Clemens had a significant number of the population supporting him.

Now? That support has waned considerably. He still has supporters, of course, but those fans have become fewer and further between.

Why did so many change their minds? A combination of Rocket's arrogance, cynicism and evidence has turned many against the 7-time Cy Young, 1-time MVP winner.

Don't think for a second that voters aren't attuned to the shift in public opinion. Expect that to be reflected in any vote with Clemens' name on the ballot. 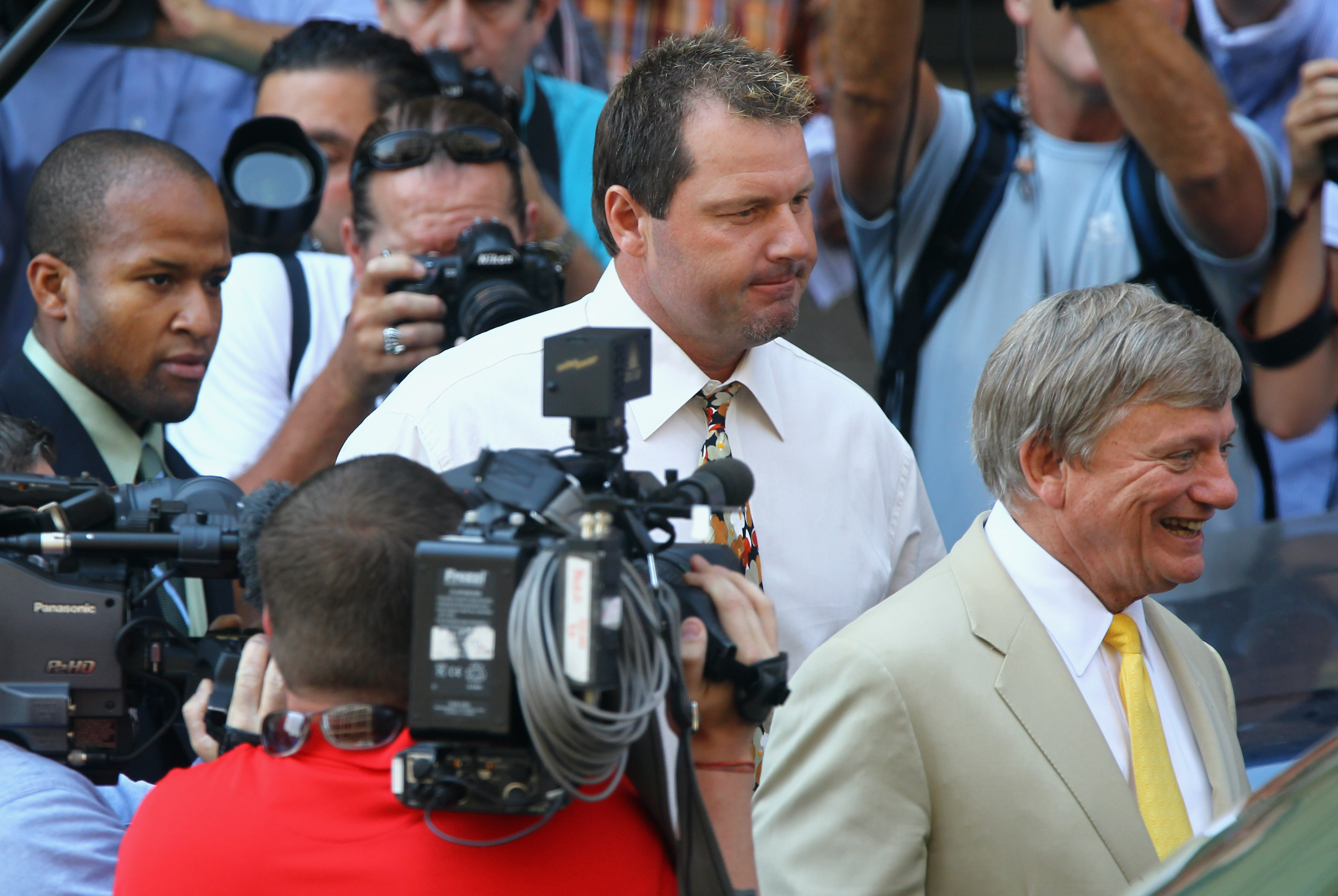 Regardless of the general public, the result of this trial, or anything else, it's difficult to see baseball writers voting Roger Clemens into the Hall of Fame after the past couple years.

There are writers across the country who have turned against Clemens in recent months, due largely to his handling of things. He's played heavily on his relationship to writers and the general public in his "c'mon guys!" defense. He's name-called, and generally acted like the bad guy in things.

Baseball men like apologies. Even if they're fake. If Clemens lied, rest assured, we will know by the end of this trial. And if he lied, he has no shot of ever getting to Cooperstown.

Just look at Pete Rose. He lied about betting on baseball as a manager and can't drum up enough support to be put on the ballot. Someone who lied about steroids? Doomed.

1. The Federal Government Doesn't Make Accusations Like This Every Day 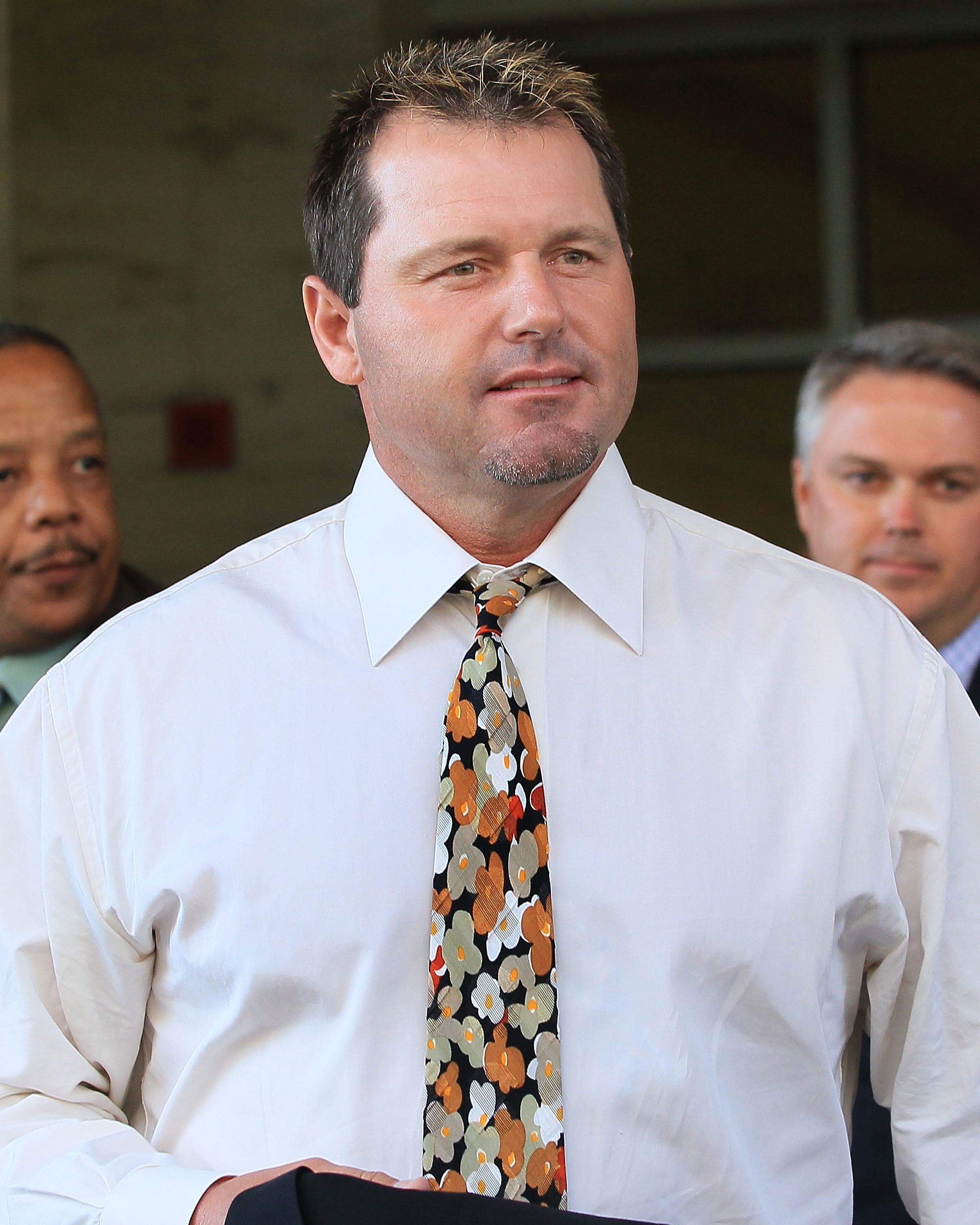 He may continue to claim he's telling the truth, but the Fed's decision to take him to trial suggests otherwise.Mark Wilson/Getty Images

The Federal government seldom takes people to court for perjury without a good reason. It wouldn't make sense financially or practically to do so if they don't think they can win.

This tells me that the Feds have Clemens dead-to-rights. In his arrogance, he's refused plea bargains and offers that would have saved face. They were always willing to take this to trial, and that makes things seem pretty cut and dry.

In short, it's going to be hard for Clemens to attend a Hall of Fame ceremony in an orange jumpsuit in prison.

It could be that he's innocent. We don't know. But regardess, his baseball fate has been sealed.