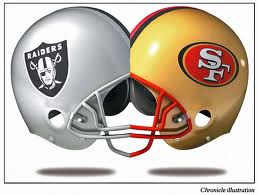 Week Three of the NFL Preseason is usually the week that most teams showcase their starters.

Here are the five things that will be determined Saturday night when the 49ers and the Raiders meet.

Darren McFadden: Will He Prove That He Is a Starter? 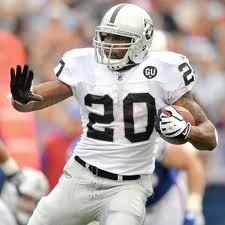 For the first time in two weeks, Darren McFadden practiced on Tuesday, breaking for two long runs during a team scrimmage. Asked how he felt, McFadden responded, "I felt good. I felt like I was able to do everything that I'm supposed to do."

If Darren McFadden has any hope of winning the starting running back position, it starts on Saturday night against the San Francisco 49ers. I, for one, believe that Bush is the better overall back, which he has proven on the field.

Nevertheless, Saturday night will be his chance, if he is healthy enough. A report out of the Raiders camp is that he tweaked his hamstring again. If McFadden is out or underperforms, Bush is the starter in Week One in Tennessee.

This week rookie Jared Veldheer worked at center with the first team offense. With Samson Satele injured, Veldheer will be interviewing for the starting center position against the 49ers. Even before Satele’s ankle injury, he had not proven to the coaching staff that he was worthy of the starting role.

When asked about the transition Veldheer responded, “It’s two different worlds. You just have to transition yourself, outside to inside. This week I’ve been able to get back into that inside world more. It will be fun on Saturday.”

Physically, at 6’8", Veldheer would be the tallest starting center in the NFL. And beside Robert Gallery, the Raiders' running game—to the left—will be formidable. Veldheer played center in high school and he was the third string center at Hillsdale College.

If Veldheer’s timing is right and his snaps are crisp, expect Veldheer to solidify himself as the Raiders' anchor.

Louis Murphy Will Prove That He Is The No. 1 WR 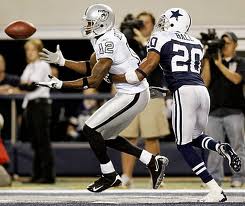 You can’t stop Bey, you can only hope to fatigue him.

Bey, however, has no catches in two preseason games. So either Bey parties like a rockstar before games or he's suffering from CGF—"Chronic Gameday Fatigue."

Look for Bey to assert all his talents and abilities in order to catch his first pass Saturday night against the 49ers, but look for Louis Murphy to continue to prove that he is the No. 1 receiver on the Raiders' roster.

The Raiders Defense Will Prove That They Are for Real! 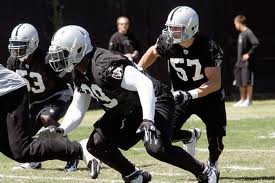 Twelve sacks in two games, and a strong run defense (aside from the 89 yard run by Matt Forte last week) are highlighting the new Raiders defense.

The Raiders' front seven will face their most formidable challenge on Saturday. Look for the Raiders to stuff Frank Gore and beat up on Alex Smith all day.

If the 49ers are smart they will replace Smith early, because I predict the Raiders' front seven to amass between 5-7 sacks.

Jason Campbell Will Throw His First TD as a Raider 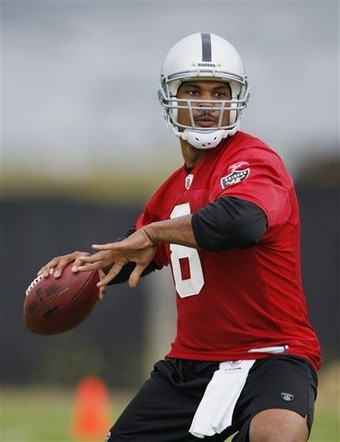 Repetition equals results. After two games, Jason Campbell has had enough repetitions to feel comfortable enough to go out and throw a touchdown.

If the offensive line gives him time, which they should, look for Campbell to find Zack Miller or Louis Murphy for his first touchdown of the preseason.