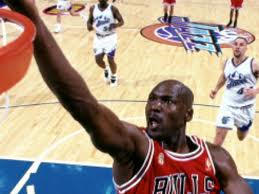 NBA players are some of the best athletes in the world. They have impressive skills, and create plenty of big highlights. From point guards using flashy passes, to shooting guards making three's, to big men throwing down huge dunks, there are many different types of highlights and I will attempt to cover all the bases.

I have assembled a list of 10 great highlight films. I'm not saying these are the best ten videos of all-time, but I'm pretty confident you'll like them. There isn't really a lot of big time news this time of the year, so I thought I'd put together a list of good videos.

Feel free to post link's of your favorite highlight videos if you think I missed something. I can't post 50 videos, so feel free to go ahead and post some links. Enjoy the show.

Here are some sick shots from way, way downtown. I mean, these are some really long bombs. I think it's important to note that new Miami teammates LeBron James, and Chris Bosh are back to back at four and three.

It's no secret that Kobe Bryant is one of the best shooters in the game today, and this just reinforces that statement.

This clip is a little bit old, as it's from the 2005-2006 season, but these three's are no doubt still extremely impressive.

One second he's just staring down his defender, and the next, he's draining a triple with a hand in his face. When Kobe gets hot, nobody can stop him. You just have to hope he cools off quick or you could be in serious trouble.

Why not just put Kobe videos back to back? Personally, I can't get enough of Kobe. This time he's knocking down midrange jumpers and throwing down absolutely ridiculous dunks. Everybody sees Kobe as just a shooter, but Kobe is one of the most athletic players in the NBA today.

He is the complete package. Anything you could ever want in a player, Kobe is. If this video doesn't convince you, I don't know what will.

Yes, this video is from college, but Derrick Rose is an absolute animal. And he's dominating the NBA, so I'm going to go ahead and put it on here anyway.

Although many of Rose's wins at Memphis were vacated, the video is still there, and there is no denying his dominance. He drives the lane so effortlessly and watching him cut through defenses is like watching a knife cut through butter.

Derrick Rose was one of college basketball's best players of this decade, not to mention one of it's fastest.

Everybody knows that Dwayne Wade is one of the NBA's best.He can play the point or off the ball which makes him even better. He can twist, turn, and get to the free throw line as well as anyone in the league. He is extremely versatile, and I don't need to tell you he's a highlight machine.

This is one of the longer videos, but a Dwayne Wade video is worth it.

You had to know this was coming at some point. I mean, come on Jordan was arguably the best players (and dunkers) in NBA history.

I know you've seen all the classic Michael dunks a million times, but you can't make an NBA highlight video without Jordan.

I was very tempted to just put in a video of Kevin Durant at Texas, but I decided that an OKC highlight film was about just as good. Kevin Durant was the NBA's scoring champion last season, and is the preseason favorite for the MVP.

Durant has very deep range, and has a developing post game. I expect Durant to give us some great highlights to work with this season. I am excited about Kevin Durant's highlight potential in the future, and if he can refine all parts of his game, he can improve on his 30.1 points per game this season.

Chris Paul is arguably the best passer in the game today, and he pulls off pretty flashy stuff routinely. CP3 is currently stuck on a bad team, but if he gets traded to the Knicks he and Amare Stoudemire could create some crazy highlights.

Either way, teammates will appreciate CP3's ability to distribute the ball, and continue to pick apart defenses like nobody else can

King James needs no introduction. Ever since he was drafted he has done nothing but dominate the NBA. Whether he's throwing down a dunk, or hitting a game winning three, James simply dominates.

There is no way to really contain James, you just have to watch.

The ultimate big man. Shaquille O'neal is an animal on offense. When he was in his prime there was really no stopping him.

I've always liked watching Shaq. When the Lakers were dominant about a decade ago, Shaq was the centerpiece. O'neal was like nothing we had really seen before. He physically dominates everybody. He is a beast.