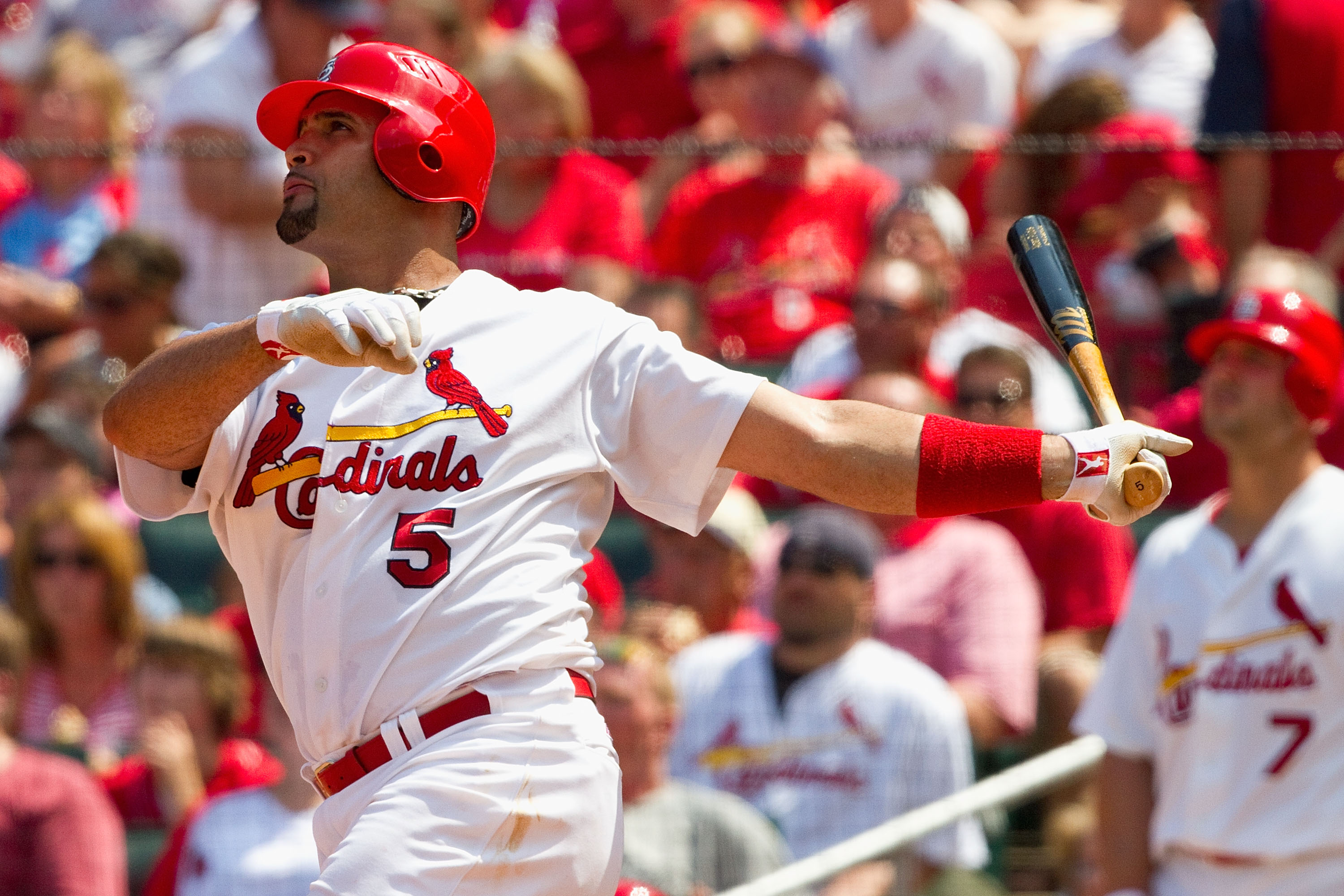 Preface: This article is not just the best players at each position, no matter the circumstances (payroll, player preferences, owners, etc). The criteria used for the article includes all of the before mentioned attributes and they are factored in to each position.

The 2010 season is over for the Los Angeles Dodgers. Faithful fans are still watching, but the Boys in Blue are really only mathematically in it, not realistically.

As such, many are already looking forward to next season, and what could be for the Dodgers under certain circumstances.

Here are the optimal choices at each position, given payroll expenses and availability. For the sake of structure, only 2011 free agents are considered, although free agents with potential options in their contract are included.

According to mlbtraderumors.com, the Dodgers will still owe $15 million in deferred payments to former outfielders Juan Pierre and Andruw Jones.

The Dodgers will have $40 million to play with right out of the gate, but they'll have Hiroki Kuroda and Vicente Padilla to resign, and both are expected to ask for higher salaries.

"Andre Ethier, Rafael Furcal, Jonathan Broxton, and Matt Kemp account for the raises.  More increases will be due to arbitration-eligibles: Chad Billingsley, James Loney, and Hong-Chih Kuoenter their second year, Russell Martin his third, and George Sherrill his fourth."

Sherill will most likely be non-tendered as well due to his poor performance and high $5 million salary.

When all is said and done, the Dodgers will have a payroll around $100 million-$120 million, with about a $35 million-$50 million allowance.

Of course, all this depends on the status of the divorce between Frank and Jamie McCourt. 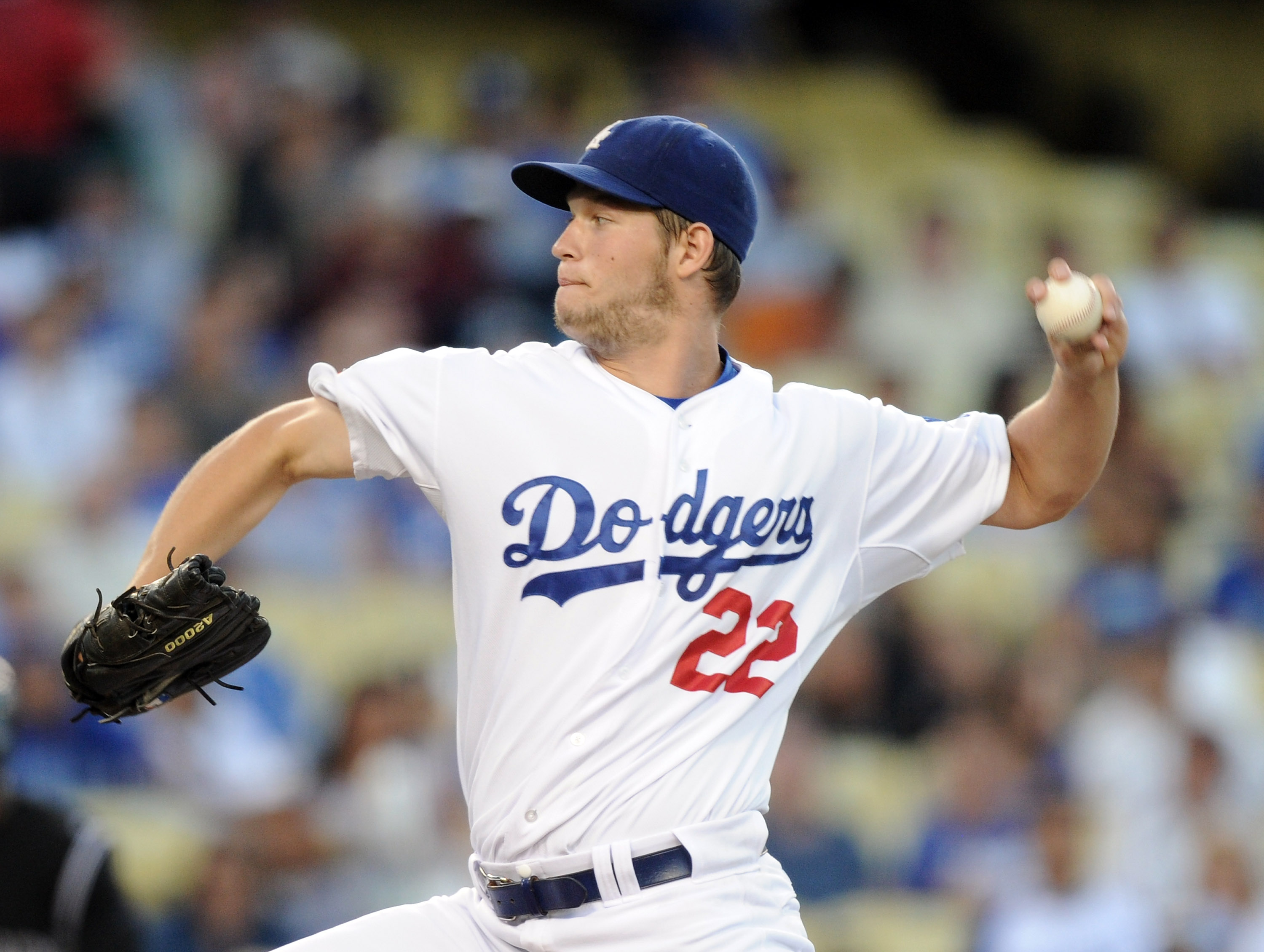 4. Vicente Padilla, or see options below

I'm predicting General Manager Ned Colletti has learned from dumping Jon Garland after he performed well down the stretch in 2009.

Thus far, Lilly has been nearly flawless, and he has always wanted to pitch for the Dodgers.

He may be a cheaper option for the rotation as the Dodgers look to spend money bolstering their line-up.

Carl Pavano, Ben Sheets, Dontrelle Willis, Nate Robertson and Rodrigo Lopez will be on the radar for replacements of Vicente Padilla, who may demand a higher contract but would be too great an injury risk for the Dodgers to fork out the extra cash.

Most would like to see Cliff Lee or Roy Oswalt in this list, but realistically, Oswalt is monetarily out of reach, and with the Texas Rangers rebuilding under aggressive new ownership, Cliff Lee will likely be re-signed.

Bringing back essentially the same rotation will conserve funds for bolstering the offense, and the current starting pitching staff has been very respectable when healthy.

The Dodgers will have about $40 million left for position players with this rotation. 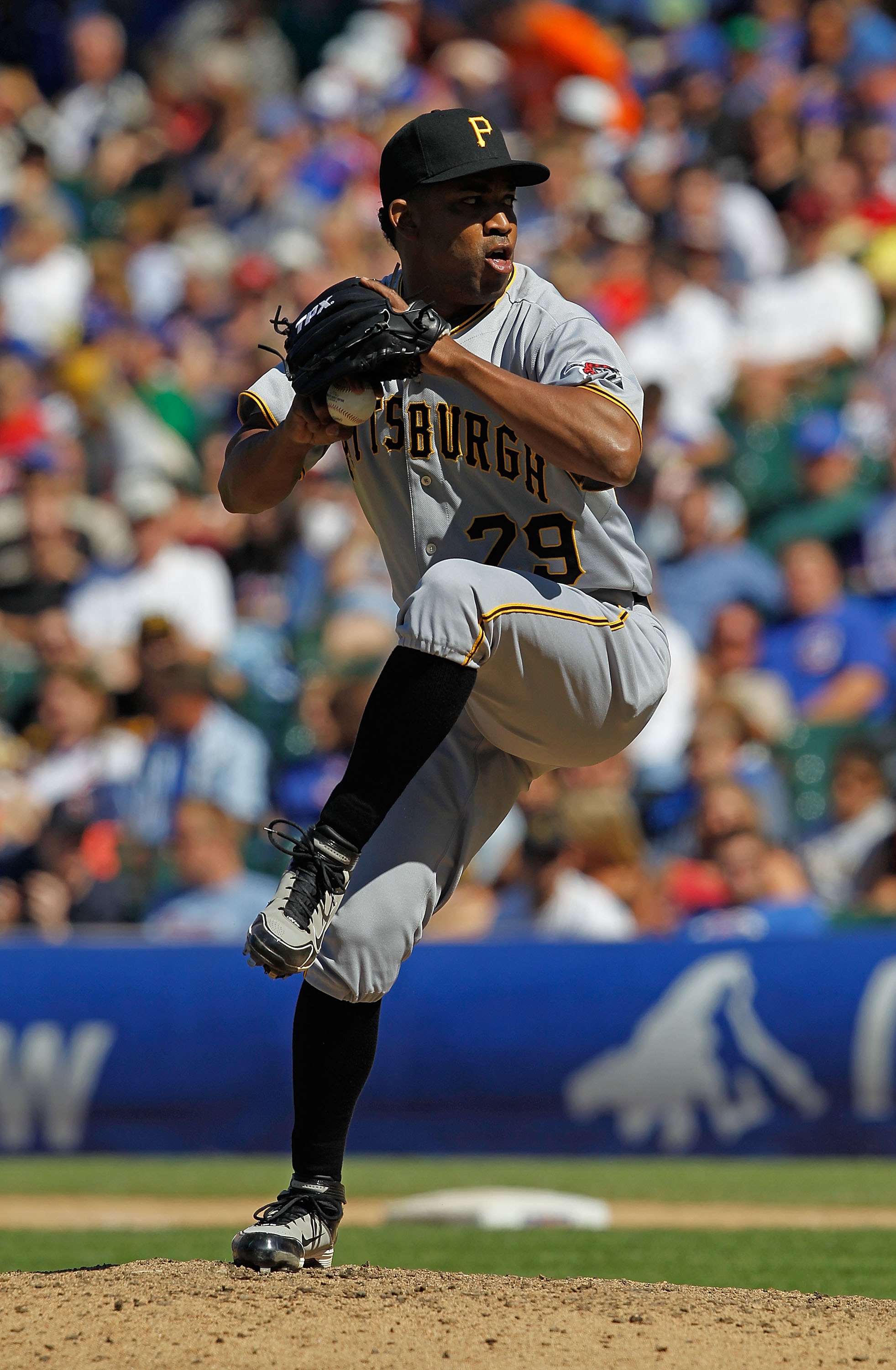 In a bold prediction, I think the Dodgers will pick up veteran reliever Octavio Dotel's $4.5 million option for 2011 and he will become the permanent closer.

Jonathan Broxton will likely stay on as the set-up man or situational fire-baller. Broxton has pitched his way out of the close role and appears more comfortable in specified situations.

Mentioned earlier, Geore Sherrill will likely be an unrestricted free agent, so the funds in the 'pen are available for Dotel. Fellow left-hander Hong-Chih Kuo will stay on to take over the role vacated by Sherrill.

Chad Qualls and Brian Fuentes will be on the radar, but ultimately looking from within will be the best option for Los Angeles.

Fuentes could be the fall-back option as he is already playing nearby with the Los Angeles Angels of Anaheim.

Jeff Weaver's future with the Dodgers is uncertain, but he is a Scott Boras client, so he will probably wind up playing a full season, maybe with another team, possibly in a reunion with his brother in Anaheim.

Left-handed relievers will be plentiful in the 2011 free agent market. Former Dodgers Joe Beimel and Mark Hendrickson will be available, as well as Dennys Reyes and resurgent Arthur Rhodes.

Look for several changes to the bullpen due to ever-present inconsistency and shortcomings in relief.

The Dodgers probably won't spend too much in this area, but will add a couple of established arms for a bargain rate. There are still plenty of funds to go around. 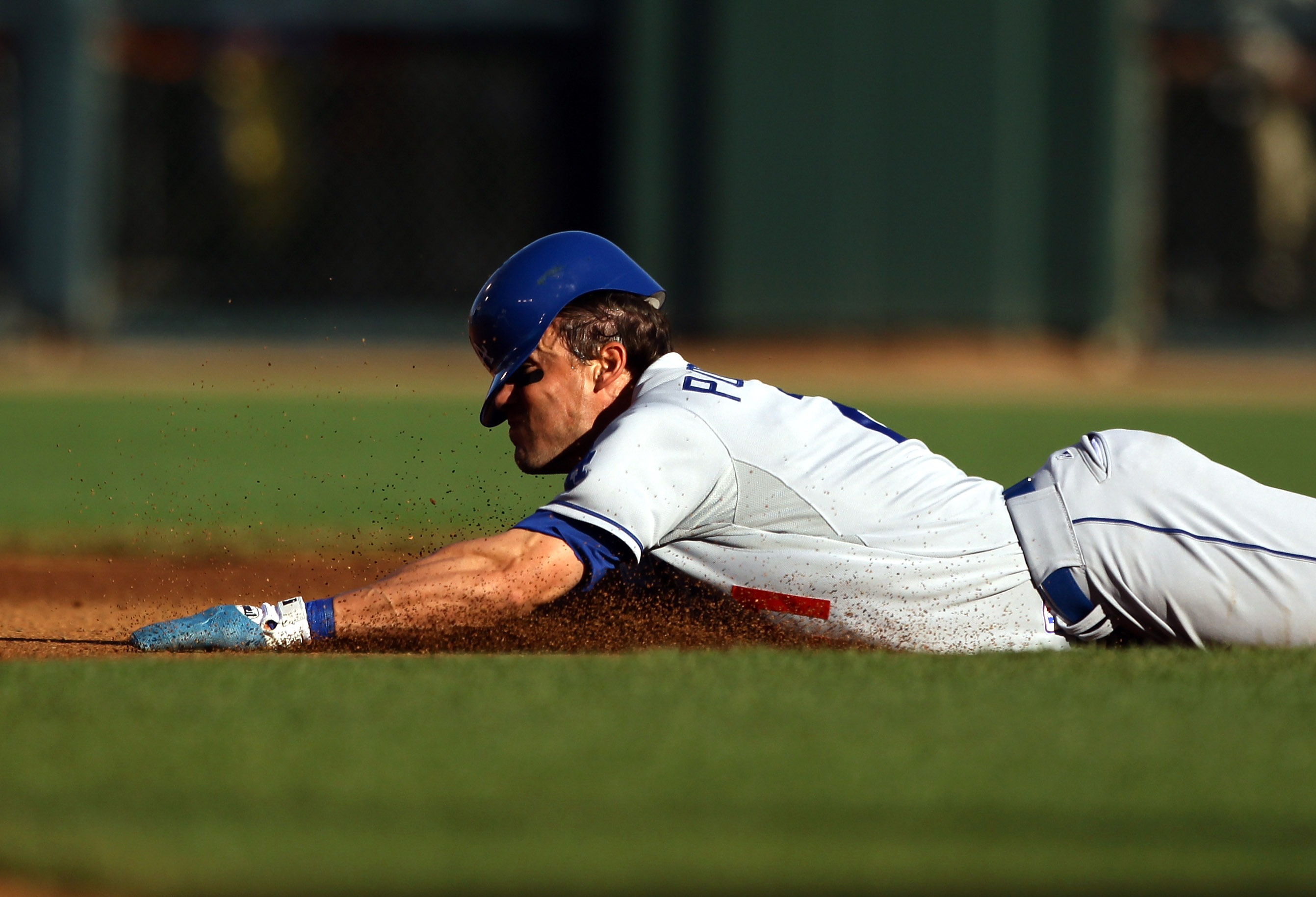 1. Left Field: Scott Podsednik has been another great pick-up this season. After a rough debut, Podsednik has batted well, stolen bases, and fielded his position.

L.A.'s love affair with the young star is straining, as Kemp continues to struggle at the plate.

Trading Kemp could provide room to sign a slugger out of the available free agent market during the off-season, while Podsednik would resign as another bargain with a $2 million club option.

2. Center Field: Podsednik could move to center field, or be a fourth outfielder option. Reed Johnson will likely be a free agent again.

His struggles to stay healthy don't appear to be going away, and he would be the odd-man-out in the event of an off-season signing.

With Podsednik being the fourth outfielder or moving to center, it would clear the way for someone like Adam Dunn or Johnny Damon to move in to left field.

Both of these outfielders are considered "Type A" Free Agents, and would require a high dollar-amount contract.

The main issue surrounding Dunn is his demand for a multi-year deal worth at least $40 million, and his declining fielding skills may remind the organization and fans of another over-paid outfielder...

More likely, a speedy outfielder to bat behind Podsednik or Ryan Theriot will be the move.

3. Right Field: Andre Ethier is going to be around for a while, but he will be making more money next season.

The Dodgers will have just enough money to revamp their infield with a key addition. 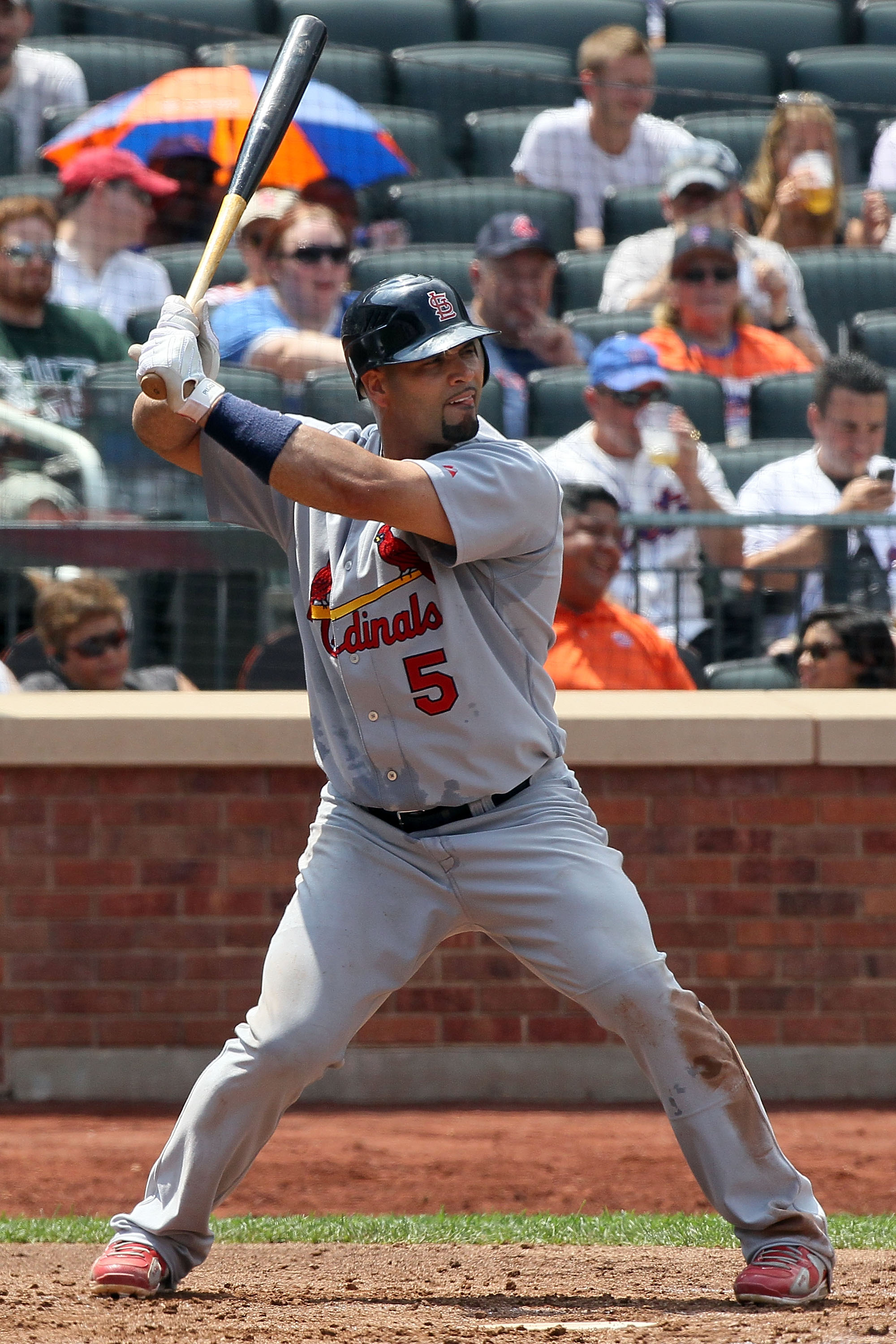 Here's where the comments start coming.

With the Cardinals signing outfielder Matt Holliday to a mega-deal, concerns over St. Louis' ability to re-sign Pujols immediately surfaced.

If the Cardinals' upper management let him go, you'll be able to hear the crying and screaming all the way from Los Angeles, which is where Pujols could end up at the expense of an ace starting pitcher.

Pujols would require a contract that resembles the dollar figure and season length of Alex Rodriguez's record deal.

There are really only two teams that would be able to afford his services if St. Louis doesn't make the necessary sacrifices.

The Dodgers and the New York Yankees would be the likely suitors willing to drop their allowance to get him.

Pujols' abilities are undeniable. A consistent, productive hitter with plenty of power, and a fielder with increasing abilities at first base.

James Loney could move with a sign-and-trade deal for prospects and cash considerations.

Now I fully understand this is a long shot, but it's my fantasy roster and Pujols is my fantasy first baseman.

Saving money on a starting rotation and a few veteran outfielders would be the ONLY way this could happen, and even then it will be difficult.

Another major first baseman will be available after Pujols in Prince Fielder. The current Milwaukee Brewer would also need a lucrative contract, but he is do-able under similar circumstances.

The Dodgers may also consider soon-to-be-free agent Derrek Lee, who is currently playing out the remainder of his contract with the Atlanta Braves.

2. Second Base: Ryan Theriot will be re-signed and stay with the team, likely for nearly the same amount of money he currently makes.

3. Third Base: Casey Blake is still under contract and will remain with the team for one more season.

4. Shortstop: Rafael Furcal is still under contract and will see an increase in his salary.

Again, Pujols is a long shot, but it's a fantasy roster with a slim possibility.

5. Catcher: Russell Martin has also been under-impressing fans lately, and his contract will expire at the end of the season. The Dodgers can offer him arbitration, but may decline, making him a free agent. The Dodgers are probably wondering if he can perform like he did in his All-Star season. There will be several talented catchers on the market.

He will get an increase in his contract, and will likely take the remainder of funds available in the off-season.

Feel free to comment with your own suggestions or ideas, but I'm sure you will without me saying so!