Derrek Lee: 10 Reasons He Will Win the Braves the NL East and Beyond 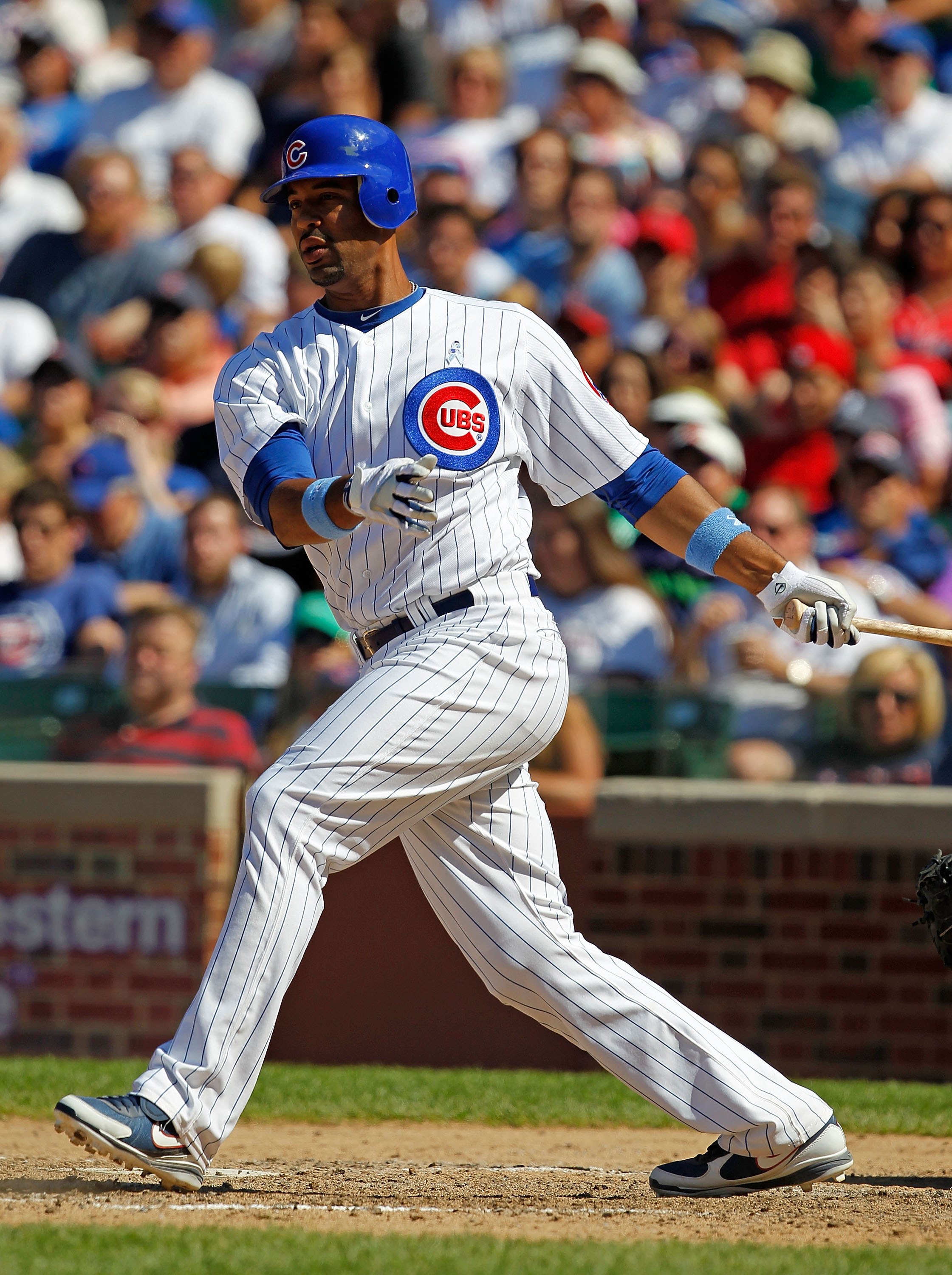 Just because it is after July 31st does not mean that trades are prevented from going down. The Chicago Cubs and the Atlanta Braves are showing that by pulling off a deal that will send Cubs first baseman Derrek Lee to Atlanta.

It is a significant move for the Braves who lost Chipper Jones for the season due to an ACL injury and are without a corner infielder.

The deal is not yet finalized, but expectations are that the trade will be finalized over the next 24 hours. When completed, it will be a stroke of intelligent baseball by the Braves, who need a bat for the stretch run while the Cubs begin the process of taking apart a team with highly paid veterans. 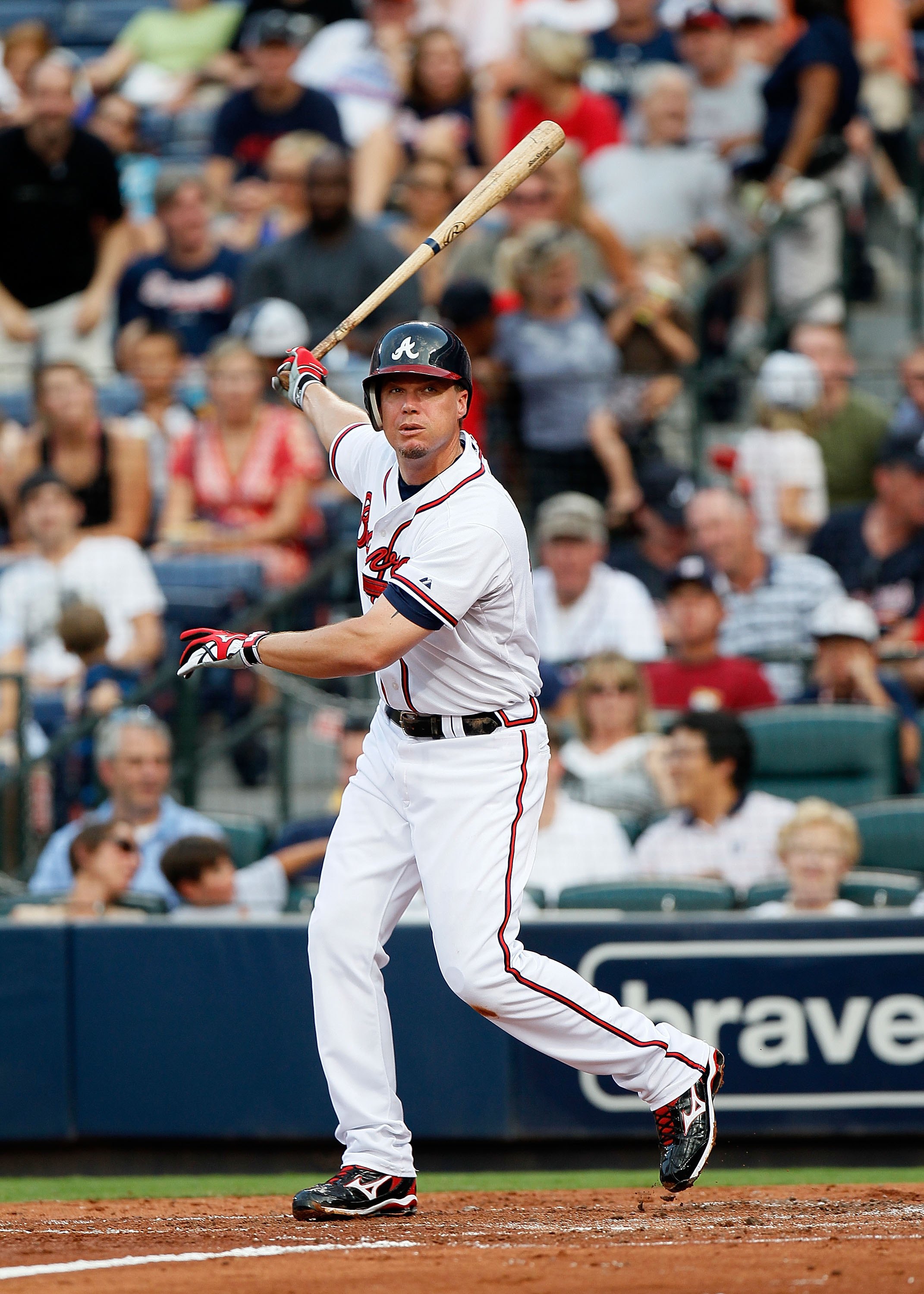 As mentioned, Chipper Jones is out for the remained of the season due to an ACL tear.  That leaves a void on the hot corner and in the lineup that needs to be filled. The Braves have won on the back of their very strong pitching, but cannot head into the postseason with a hole in the middle of the order. Lee not only plugs the hole but gives the Braves an upgrade over Jones this season.

Get Him On The Cheap 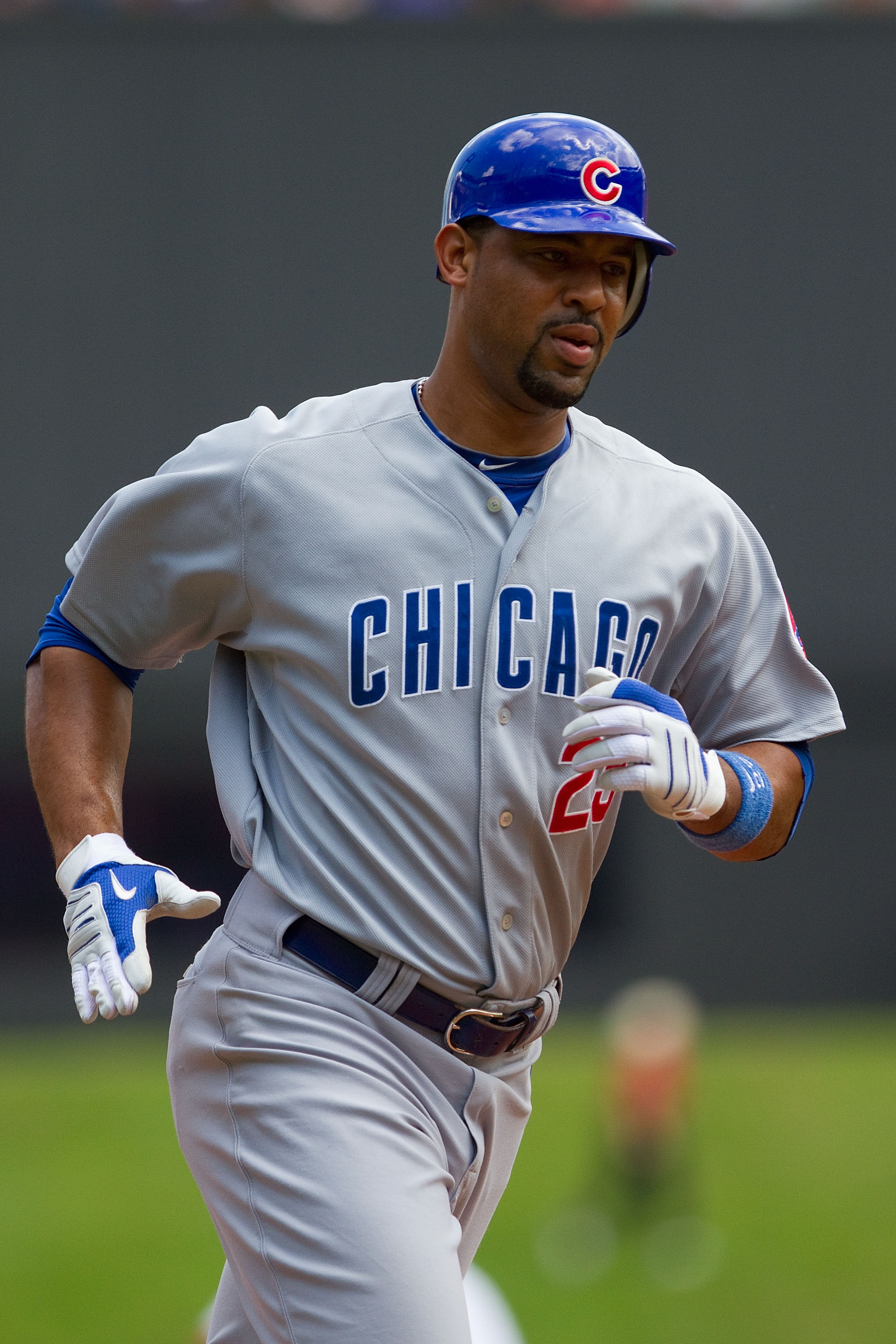 Derrek Lee is in the final year of a five-year, $65 million contract. Combine that, with the fact that this is waiver trade, and the Braves will able to land a big bat for the final six weeks without giving up much in return. Plus, the Braves are under the thumb of Lee's contract which is a wise move for a team that is still feeling out how it wants to build its payroll in the future. 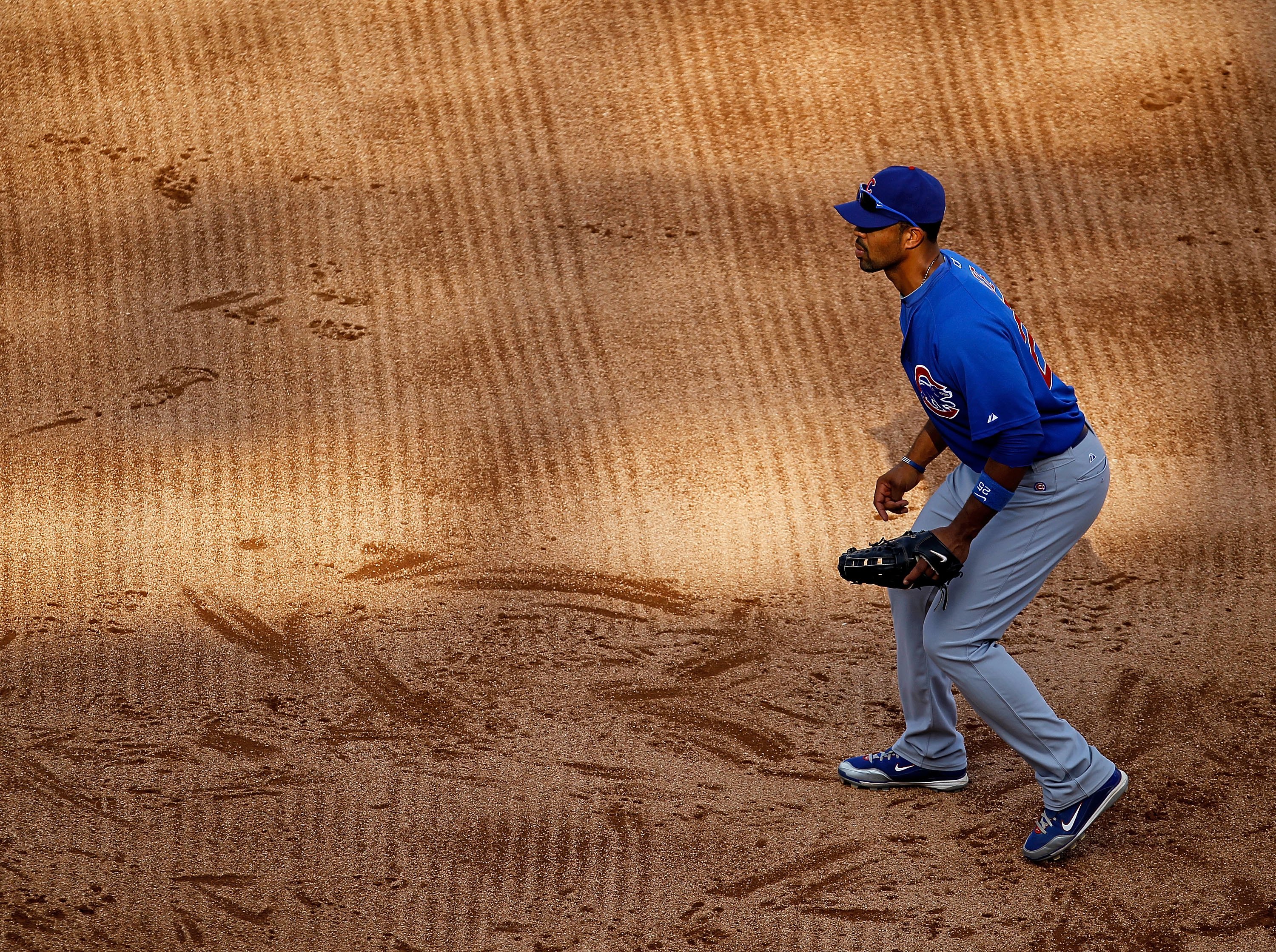 Acquiring Lee now gives the Braves the flexibility to move Troy Glaus back across the diamond to the hot corner, or take him out of the lineup entirely, and give the infielders a boost with a sharper glove at first base. Lee is a three-time Gold Glove winner who provides a much bigger target on the bag. 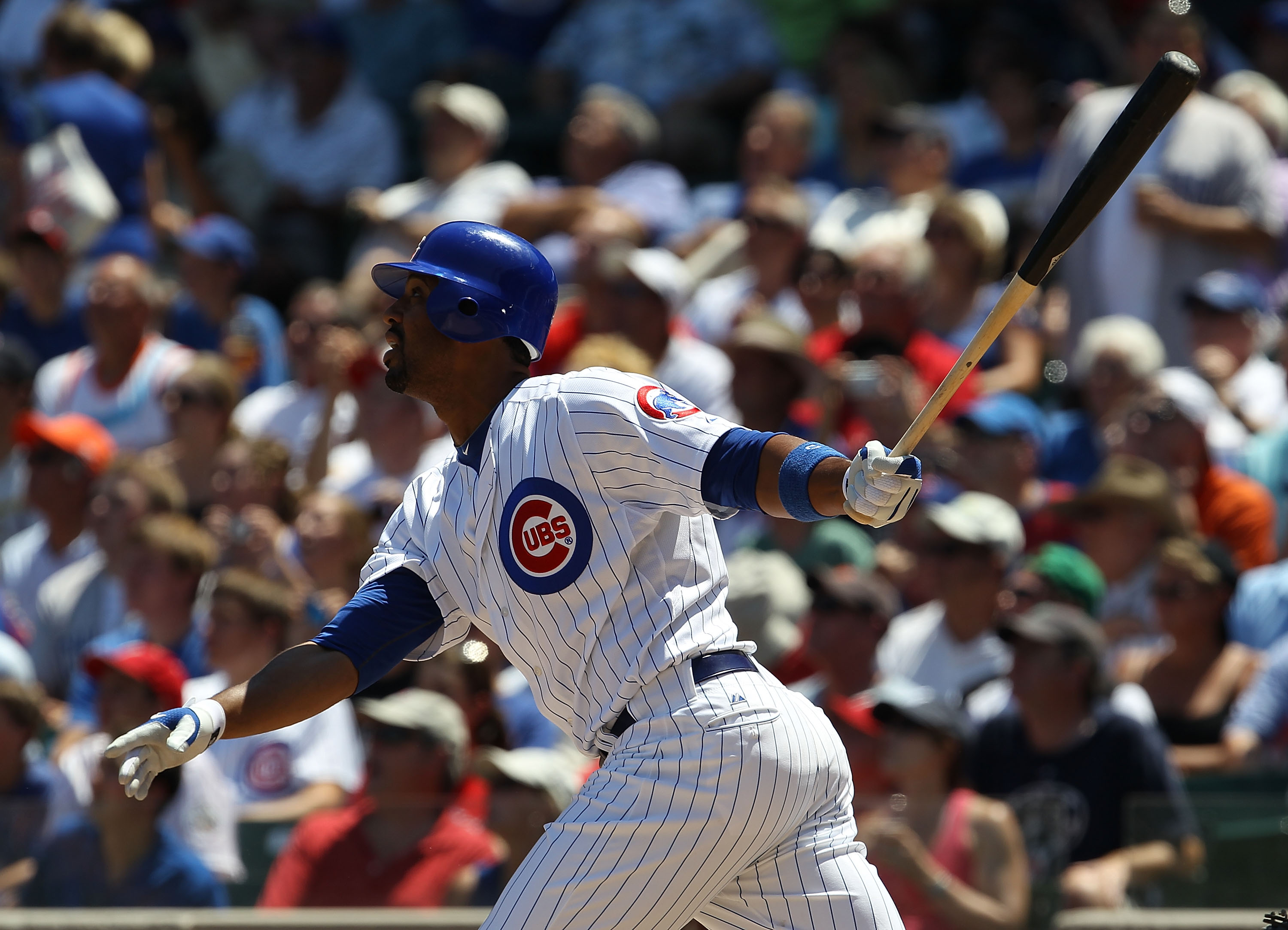 What's one way to get a player motivated? Trade him from a mediocre team to a first place, playoff contender. That is the exact scenario Lee finds himself in as he likely heads to Atlanta which currently enjoys a 2.5 game lead in the NL East compared to the Cubs 50-70 record. 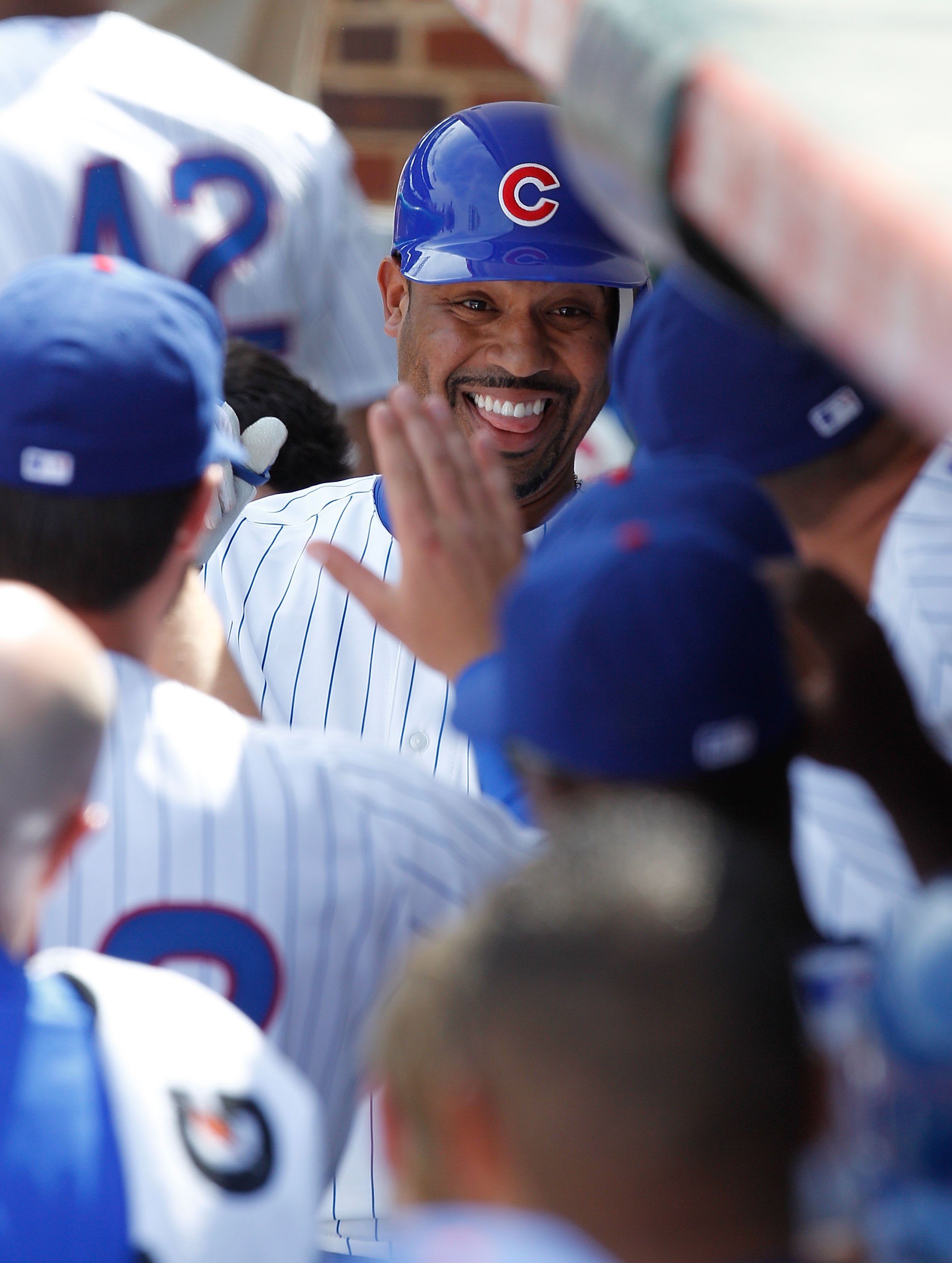 The Braves have a number of veterans on the team including Tim Hudson and Billy Wagner, but Atlanta is otherwise a fairly young team.  Losing Chipper Jones for the rest of the season certainly doesn't help. Sure, Chipper will likely remain around the team in some fashion, but Lee provides a jolt of veteran leadership and hunger to win. That can be an invaluable quality for a young team.

Gives The Team a Jolt 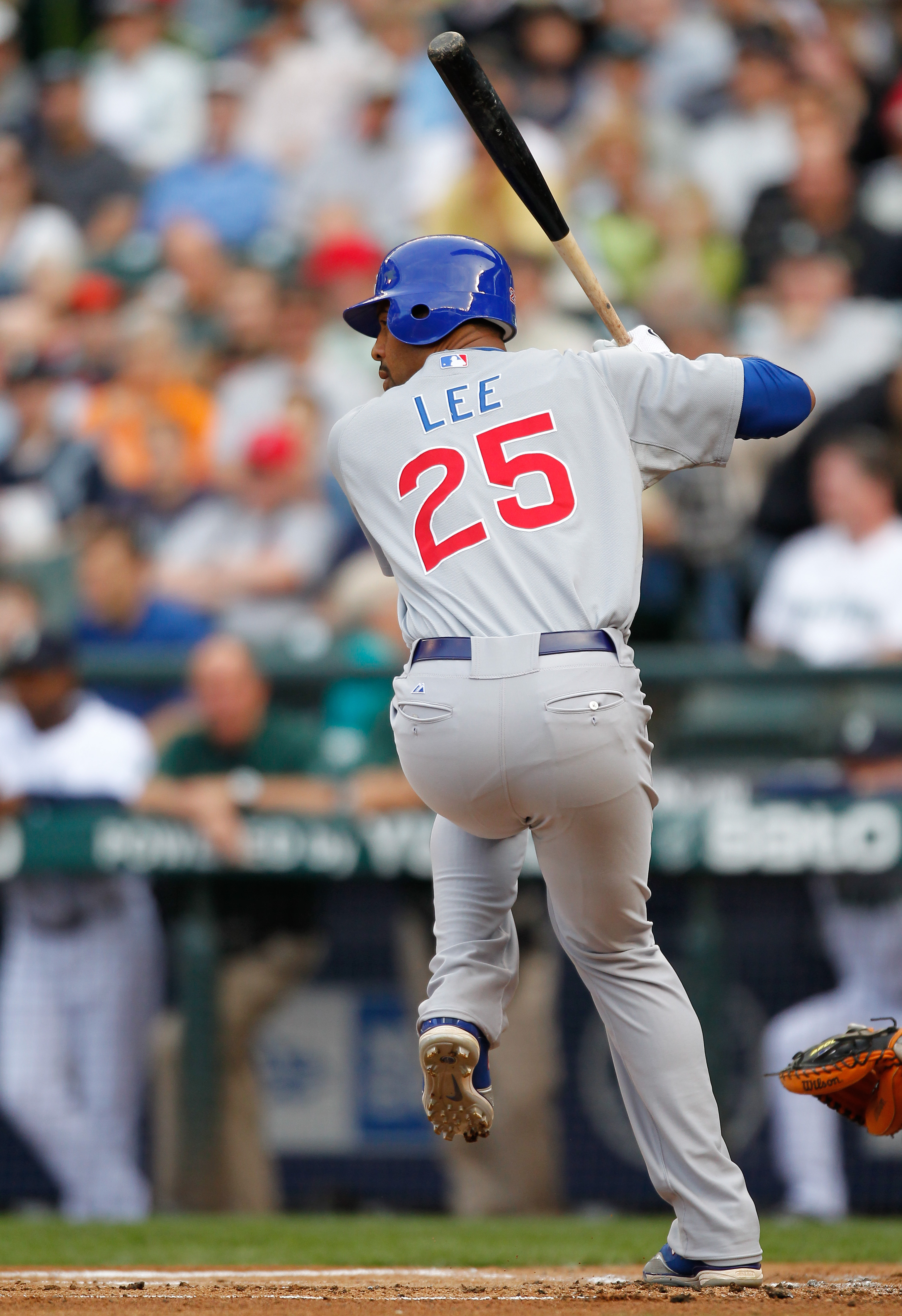 The Braves clubhouse couldn't help but feel a sense of deflation when it found out that Chipper Jones was lost for the season.

With one swift move, the Braves front office pumped air back into that balloon thanks to the impending acquisition of Lee.  Players like to see that the organization will do whatever it takes to win now. Well, with a 2.5 game lead in mid-August in Bobby Cox's final season, the Braves pulled no punches to ensure that the Braves contend at least through the end of the regular season. 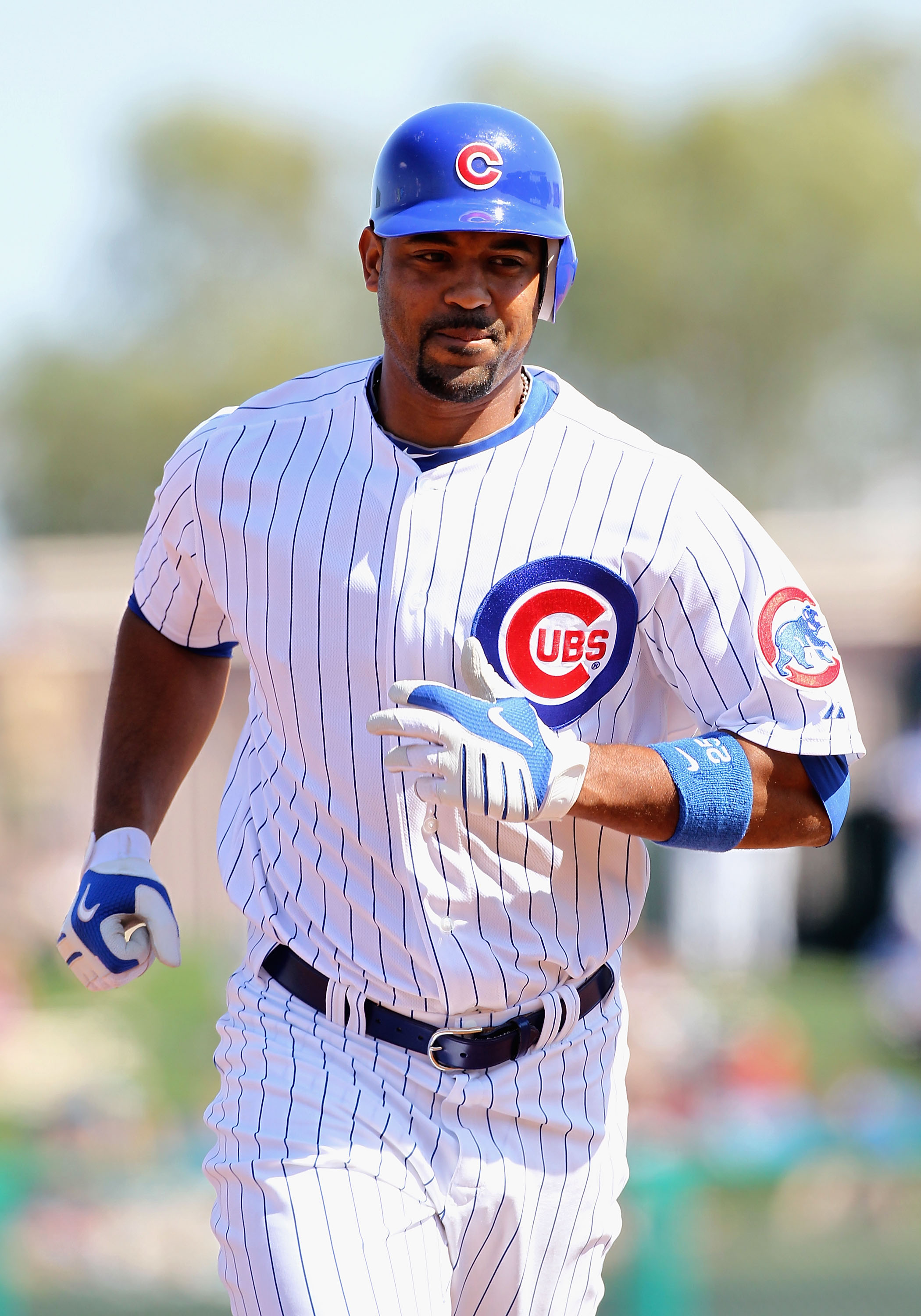 Troy Glaus has simply not hit in the second half like he did in the first half and has watched his batting line fall to .243/.343/.406.

That isn't going to get it done, especially in a lineup that needs instant offense. Meanwhile, Lee has hit roughly .300 since the start of July with six home runs and an on-base percentage pushing .380. 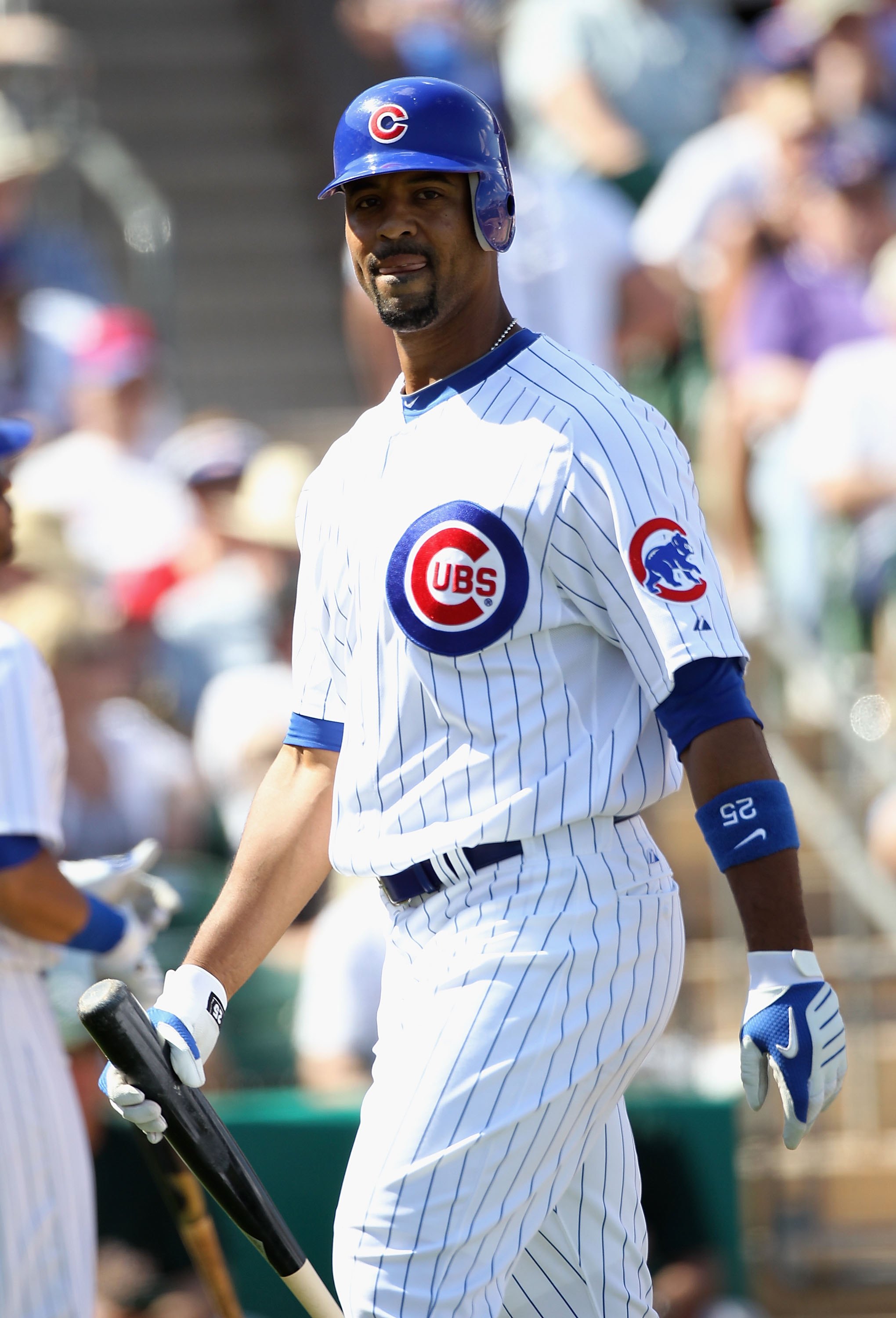 Remember when it felt like the Braves were in the World Series every year? Well those days are long gone. It's been over a decade since Atlanta won the pennant, but now they bring in a big piece with a ring on his finger. Lee won the World Series with the Marlins in 2003 and understands what it takes for a young team to overcome odds.

Braves Are Ready For a Run 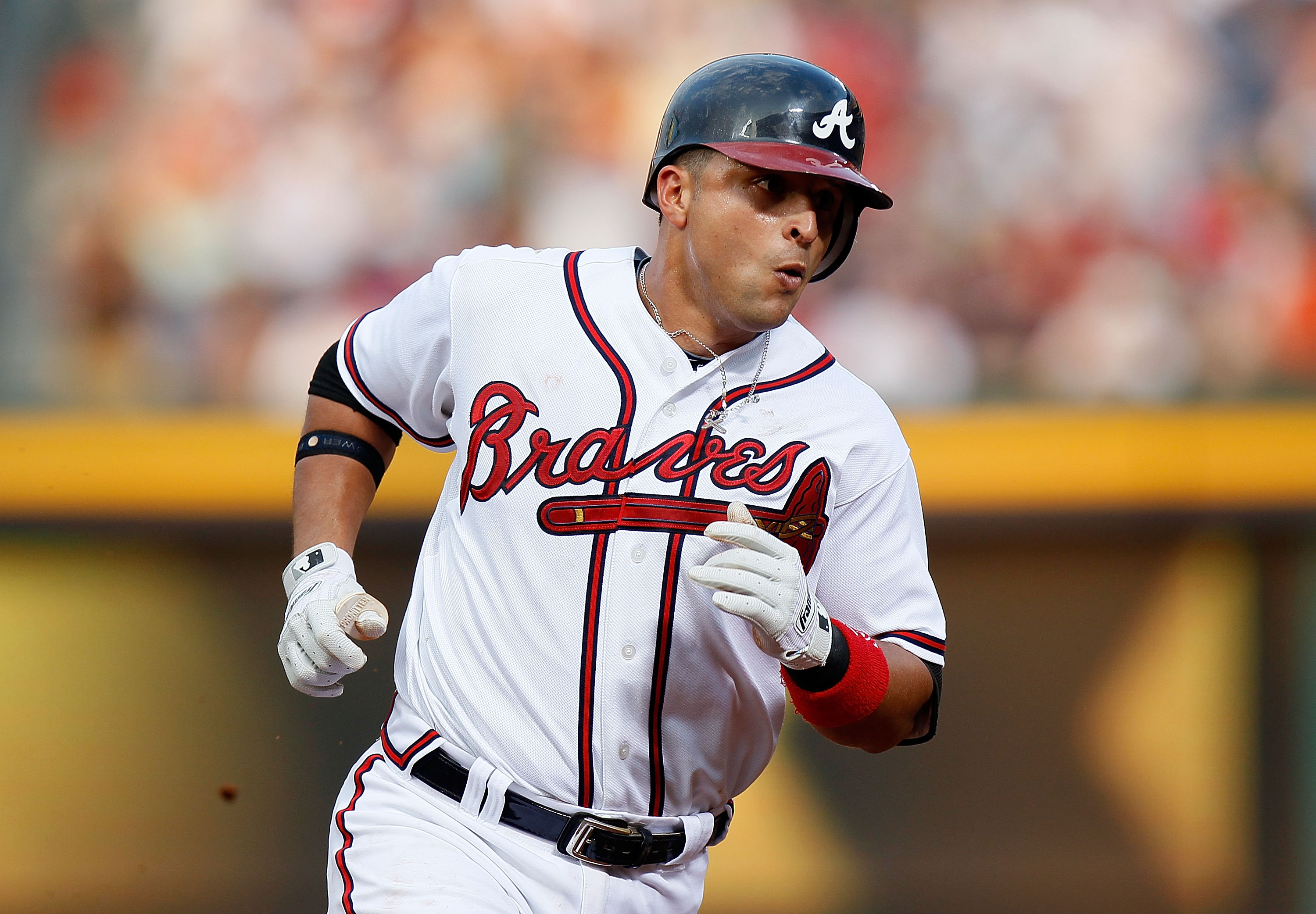 The Braves recently got Martin Prado back from the disabled list. They added shortstop Alex Gonzalez at the trading deadline and their starting pitching has performed with nearly a 2.00 ERA for the last month.  The pieces are in places for a big push to the end of the regular season and Lee could be the one last catalyst to get Atlanta rolling toward its first division title since 2005. 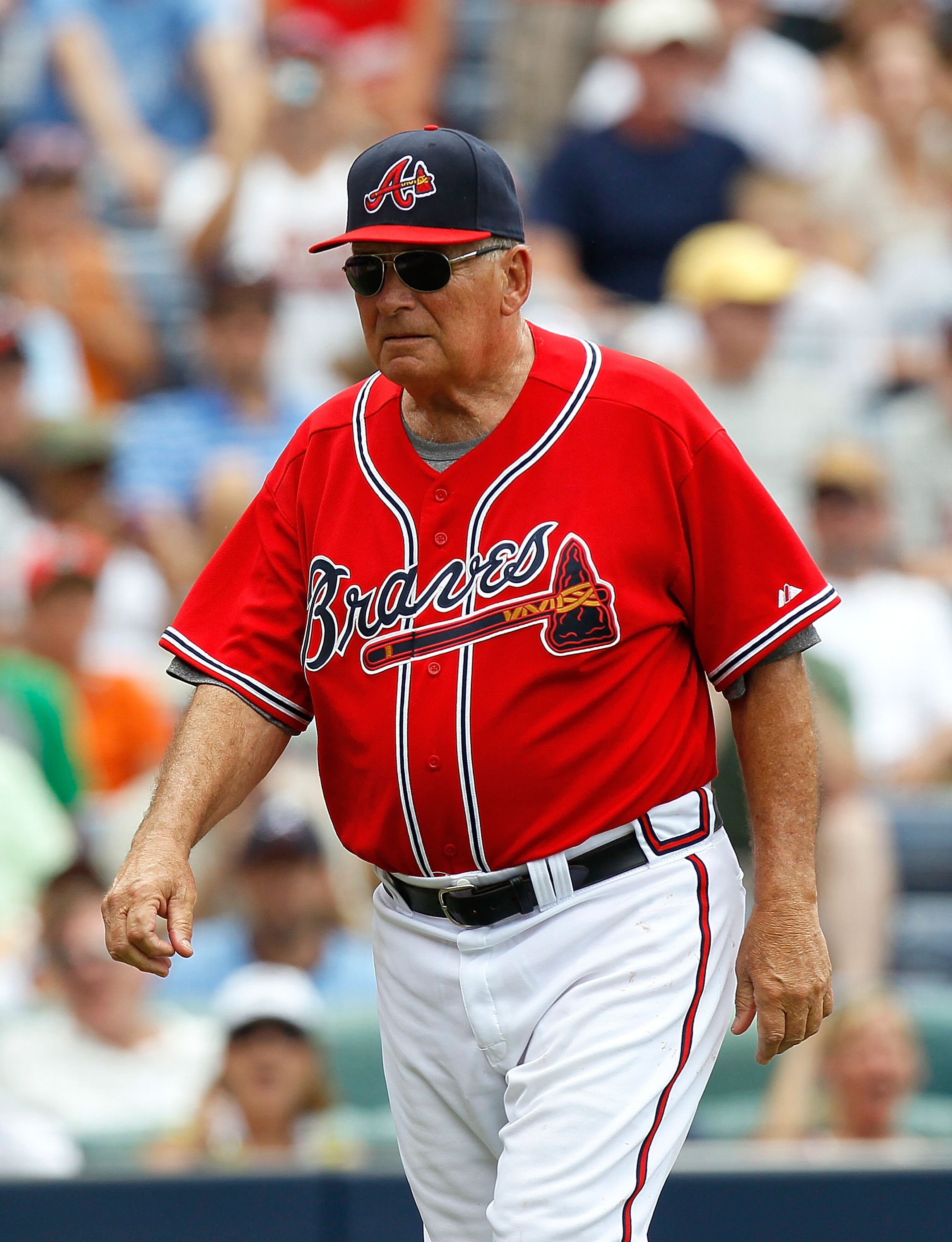 Bobby Cox has long leaned on his veterans for on the field and in the clubhouse support. When Chipper Jones went down, the long-time Braves manager lost a big part of his methodology. Enter Lee, who gives Cox a veteran presence he can work with to keep the team's singular focus and can be a guy Cox relies on during tough games down the stretch.