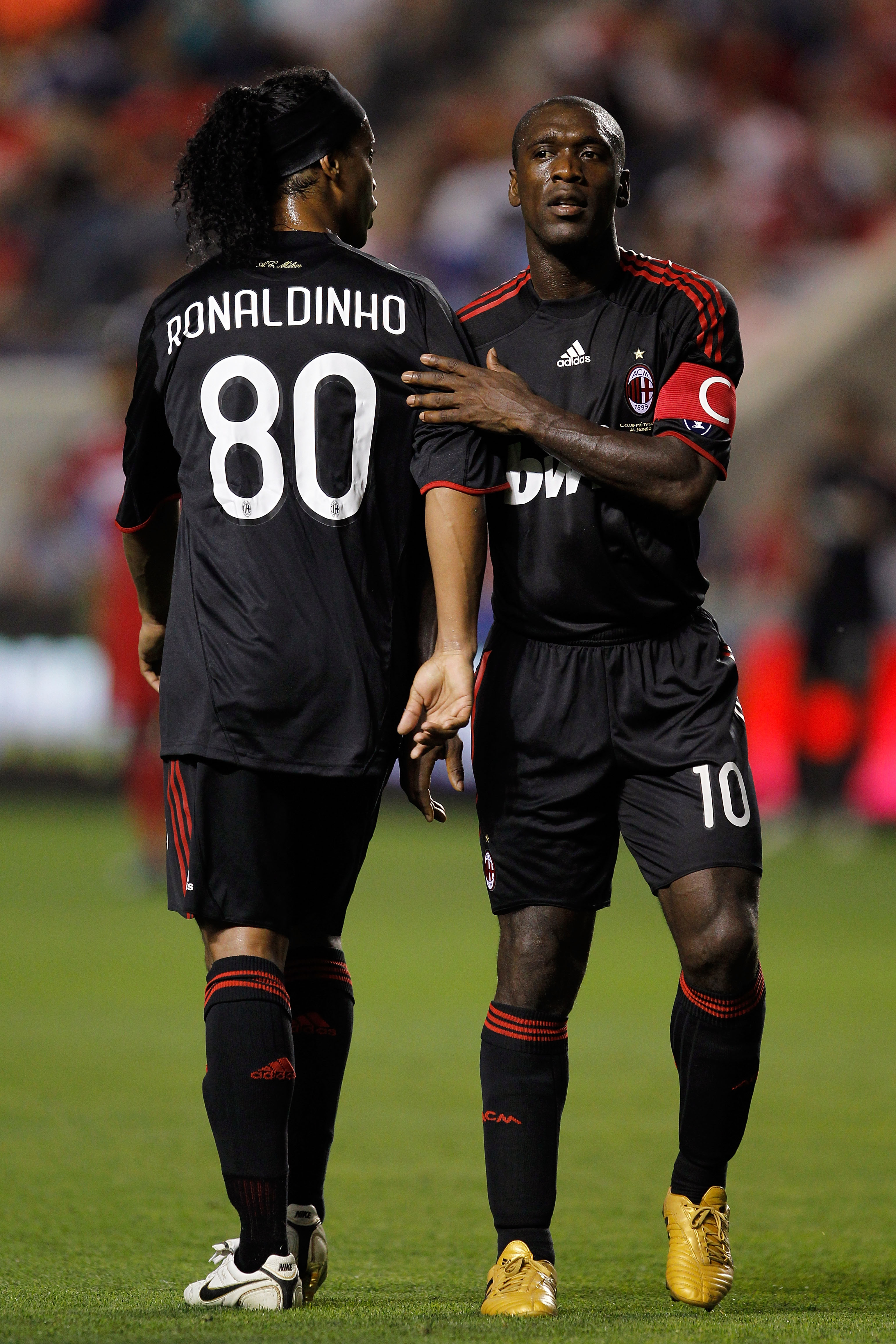 AC Milan is getting ready for the new football season.

Expectations are really high despite not having major signings this summer.

Allegri is optimistic, but everybody are wondering what will happen with him if he won't play like President Berlusconi want's.

Berlusconi is still in his own world because he keeps saying how Milan can win the  Serie A title easily under his management. This comment brought a lot of laugh to everybody.

No major departs were happening in Milan however Storari went to Juventus for 4.5 million €. Dida and Favalli retired while Beckham and Mancini ended their loan spell in Milan.

Major signing should be Kevin Prince Boateng, the guy that must bring something new in Milan.

Also Yepes, Amelia and Papastathopoulos. Nothing special but at least something. 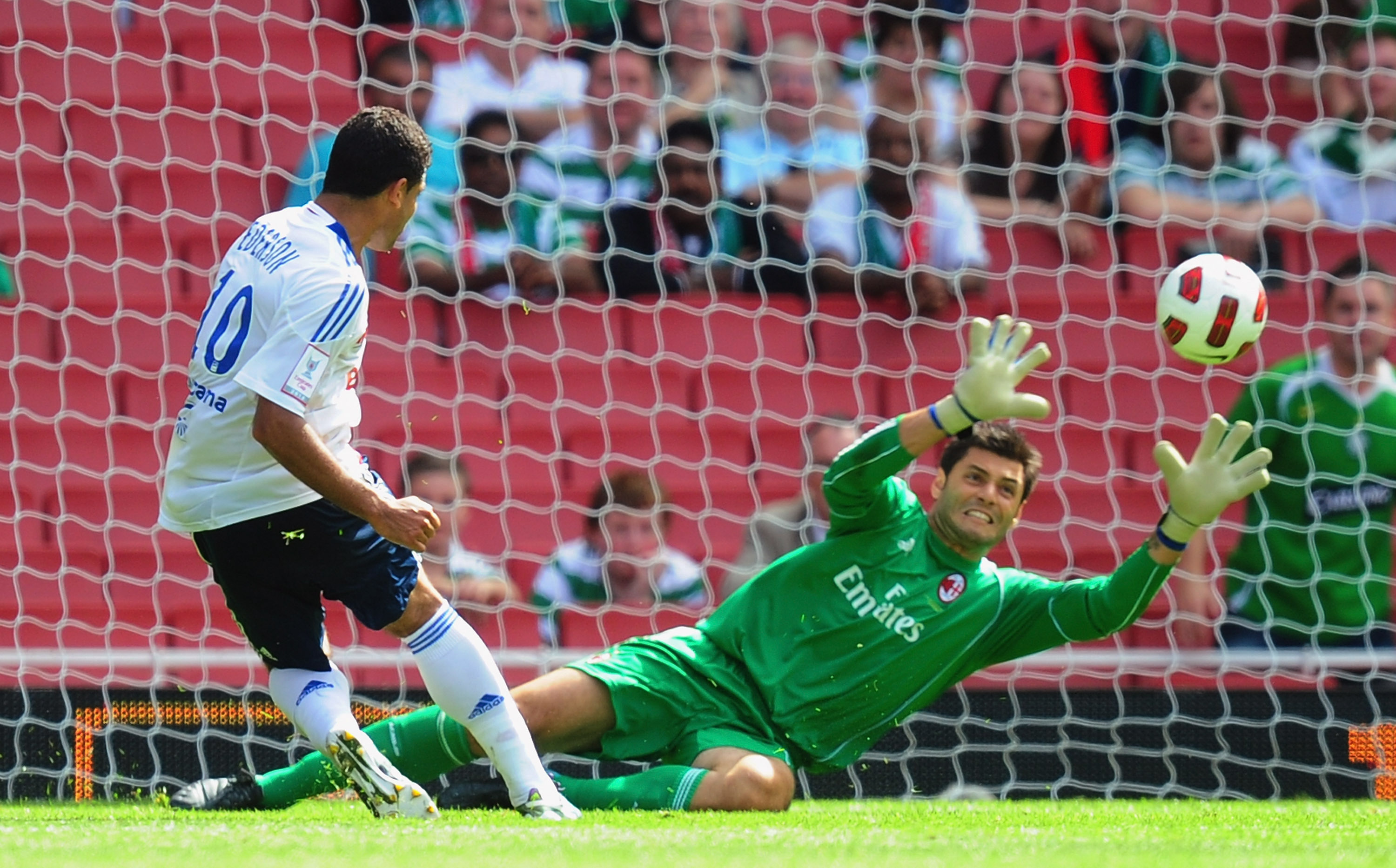 - Brought on loan from Genoa. He will probably be the starting GK after great performances in pre-season matches. He had some amazing saves and it could be the main factor to put him on a goal as the first choice.

- Abbiati is also a candidate for first team but I think after injury he should wait a little bit. Amelia should take the first place and Abbiati will wait for his chance.

- Everybody knows that Flavio is the reserve in AC Milan

- It's a little weird that AC Milan didn't have any goalkeepers from their youth academy.

Does that mean they don't work good enough with goalkeepers? Definitely in the near future they should promote at least one goalkeeper. 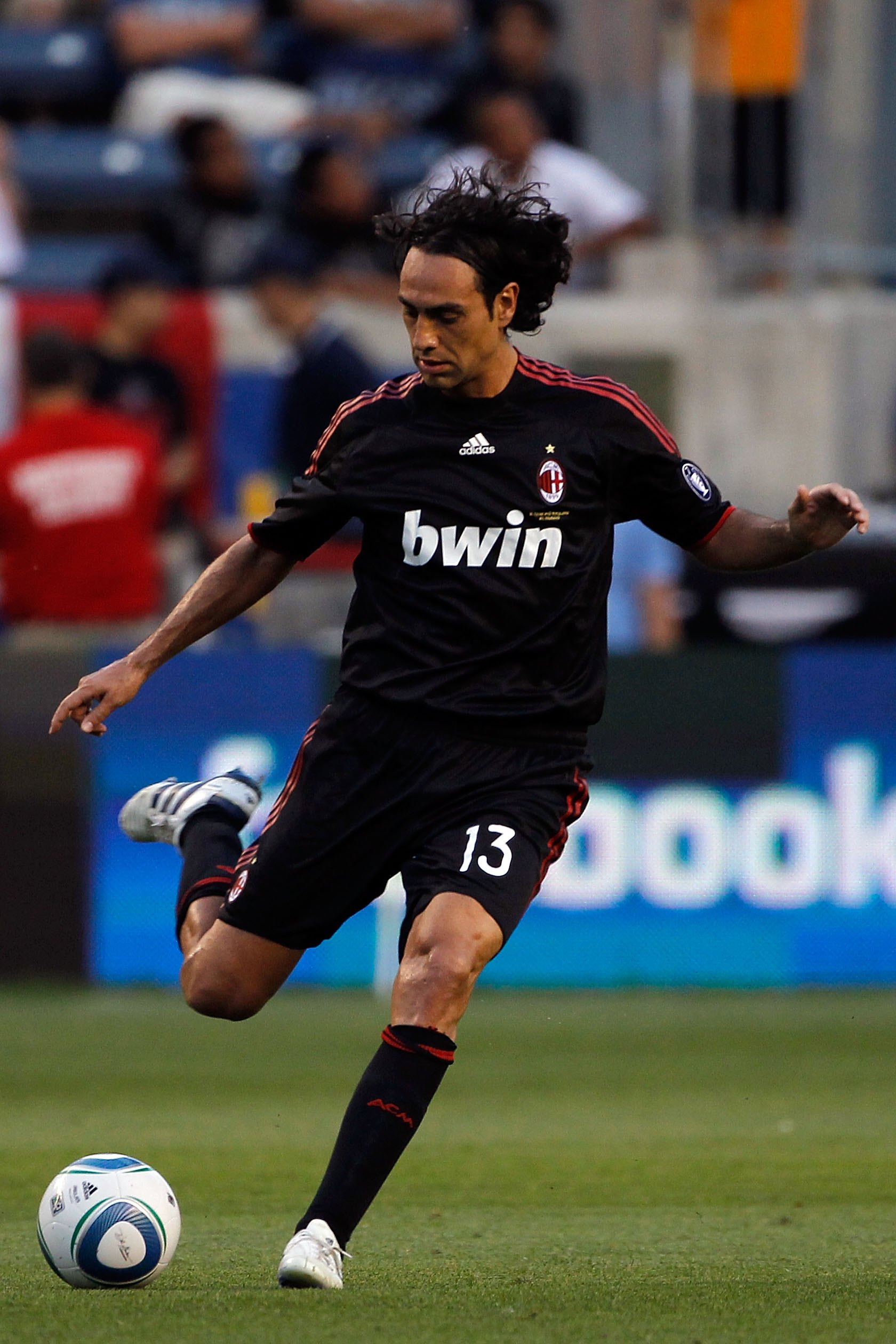 - Most experienced defender in Milan squad. It is expected from him to have a great season. We just hope that he will avoid injuries, especially his back problems. He had a lot of problems with that.

- Great Brazilian defender will once again have a great partnership with Nesta. You got to love when Thiago starts going forwards with the ball and manage to be a threat to opponents.

- Amazing fullback that can play on both sides. He played really well in preseason matches and he will be great part of the team. He can still play on great level.

- Great addition to Milan defense. Very smart and aggressive player. He will help a lot in Milan defense. The best thing is that he is a young player.

- Luca had really good season last year and he should keep up with good work this season. He is really decent player.

The rest of the defenders: 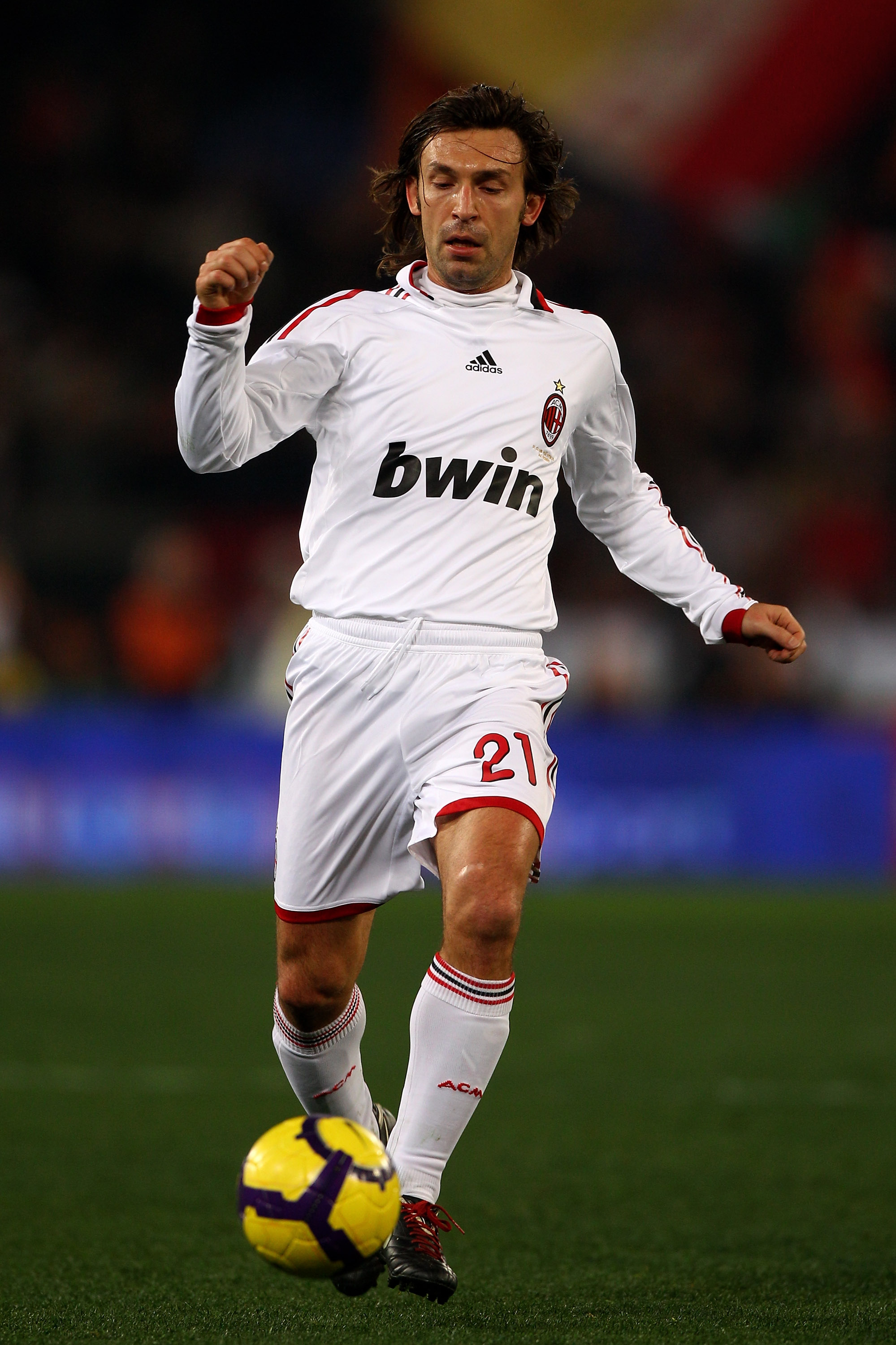 - The brain of AC Milan. This wizard will have to do great work. We all saw how he was missed at the World Cup for Italy. When he came back everything looked much better on the field. Pirlo should have a great season ahead of him.

- Brazilian should be a key player of AC Milan once again. Just remember his amazing assists and goals. He brought a lot to the Milan game. Without Ronaldinho, Milan will miss a lot. Ronaldinho should probably act more as a leader of this team just like he was in Barcelona.

- Captain played really well last season. He should play like that this season and he will be part of a starting lineup without problems. There are many people who are questioning his abilities but I think that he improved greatly.

- This Dutch maestro had some decisive goals for Milan in Serie A. He is not good as he was before but I think he can still play on big level. Definitely could surprise everybody.

- Flamini needs to show us his performances from Arsenal days. He can be really good if he wants to. Great talent that still didn't show excellent matches in Milan shirt.

- Great addition to Milan squad. After excellent performance on last World Cup in South Africa, he is ready to try his luck in one of the biggest clubs in the world.

The Rest of Midfielders:

- Gattuso probably past his best. But these youngsters should get their chance in Milan first team. Milan should start putting young players in fire. 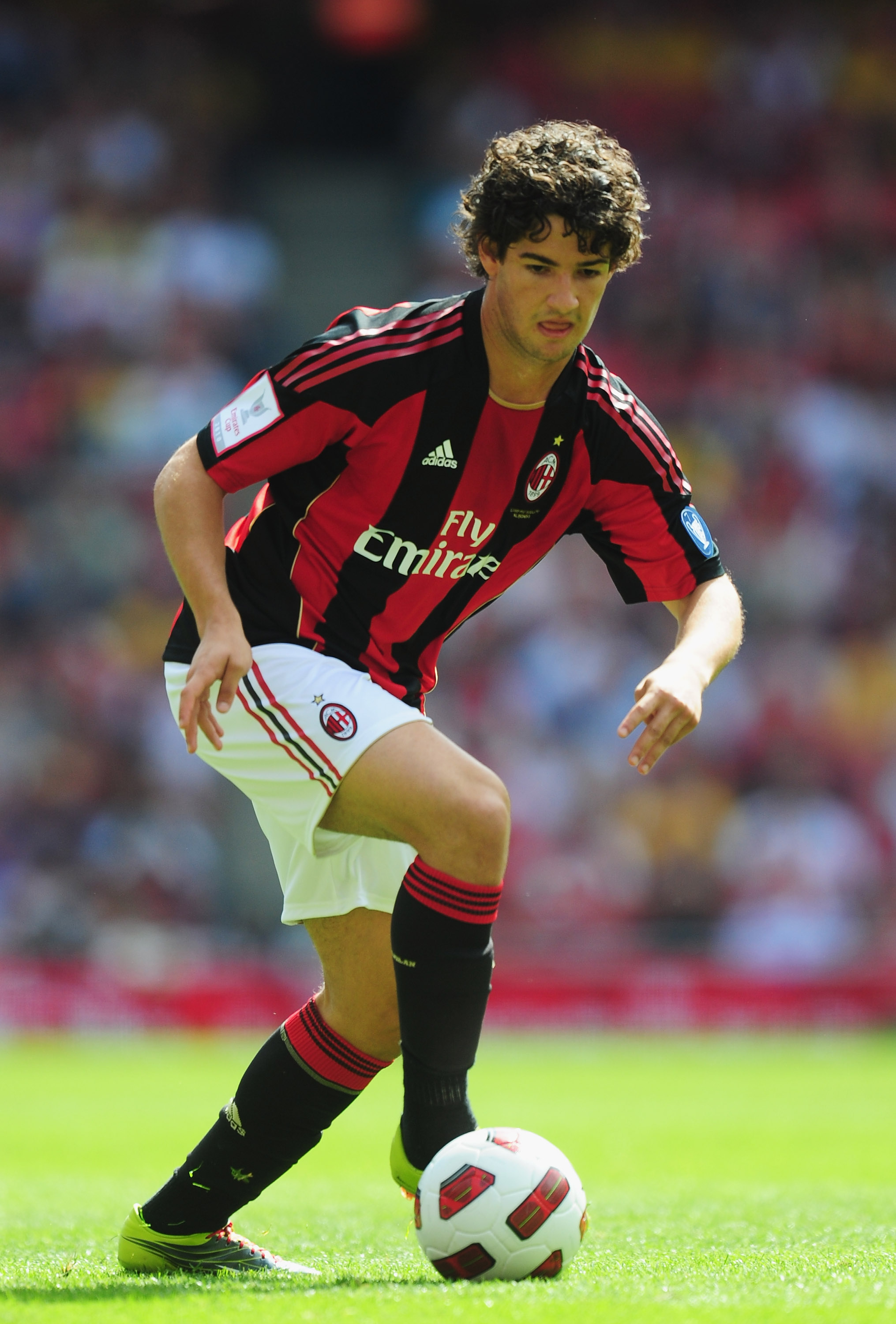 - He is going to be one of the key players in AC Milan for this season. Pato just needs to avoid the injuries, and he will soon be called the best forward in the world. Amazing speed and great finishing.

- Marco had pretty good 14 goals last season, but the main problem is that you can't see him against big teams. Sure he scored nice goals but that is not enough.

- Very sad story right here. We all know ex Milan coach Leonardo didn't want him in Milan. Because of that Huntelaar didn't get any good chances to prove himself. Hopefully under Allegri's command he will get the right chance.

- Pipo definitely knows that his time has past and that he will get some chances from the bench but who knows, maybe he will surprise us all and still score many goals.

- Young Ghana player should get some chances from the bench. I just hope he won't be part of co-ownership or being loaned. 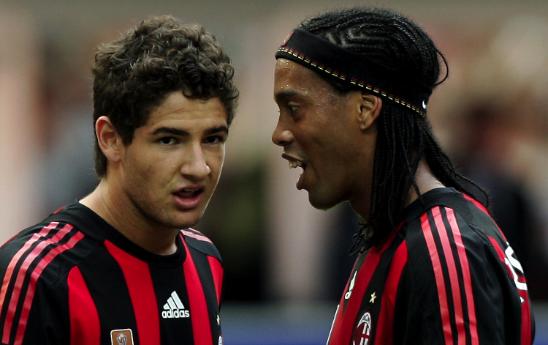 We expect to see great things from this Brazilian duo. Amazing assists from Ronaldinho and great finishing by Pato.

They will be a major threat for every opponent.

They just need to avoid to injuries and everything should be alright.

Players Who Will Improve 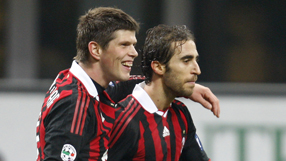 First, both of these guys should get a first team chance to prove they are worth of having Milan shirt.

Flaimini should repeat his awesome performance from Arsenal days and he can be very useful and Milan would benefit a lot.

Huntelaar can be a deadly finisher. Not from the bench, actually from the start.

Hopefully Allegri will consider giving them a lot of minutes in this season.

Players Who Will Have Big Season 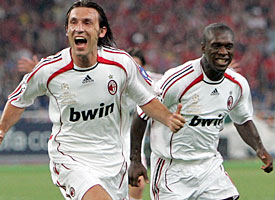 This duo will manage to reunite their awesome duo from past few years.

Pirlo will shine and be the brain again.

While Seedorf, will again decide few games for Milan and score crazy goals. 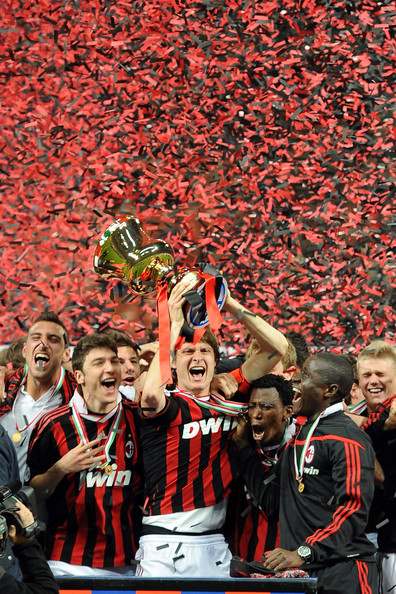 These three players should be promoted and start practicing with the AC Milan first team.

Lately, Milan didn't promote anybody. They only use these youngsters for friendly matches and maybe for Coppa italia, the competition that AC Milan doesn't take seriously.

It is time to promote these youngsters and help them to develop into great players.

Also, AC Milan should stop doing those stupid co-ownership deals and loans. because it doesn't really make sense to give away your great talents in such a stupid way.

Expectations In Serie A 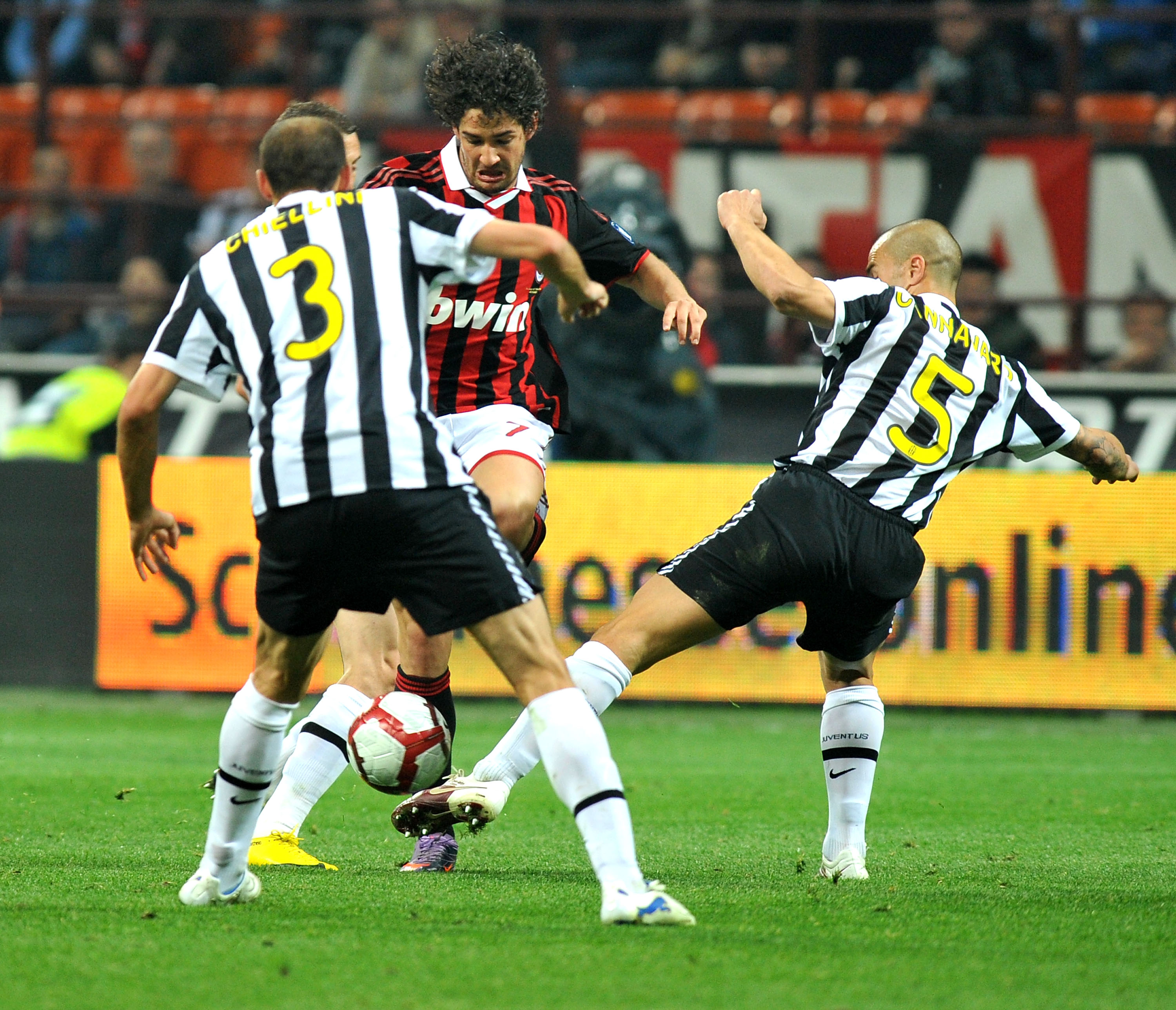 Galiani, the vice president said that he expects AC Milan to be 3rd in Serie A.

But, can Milan seriously manage to be 3rd in Serie A?

Transfer Campaign was once again poor and nobody understands how can Galiani expect such a high position in Serie A.

AC Milan has the quality to be in 3rd place, but when they keep having bad results against small teams everything will go wrong.

Allegri should try to motivate every player to do great in every game, even against small teams.

Because you win the league by defeating small teams.

AC Milan will probably end up somewhere around 4th-6th place. 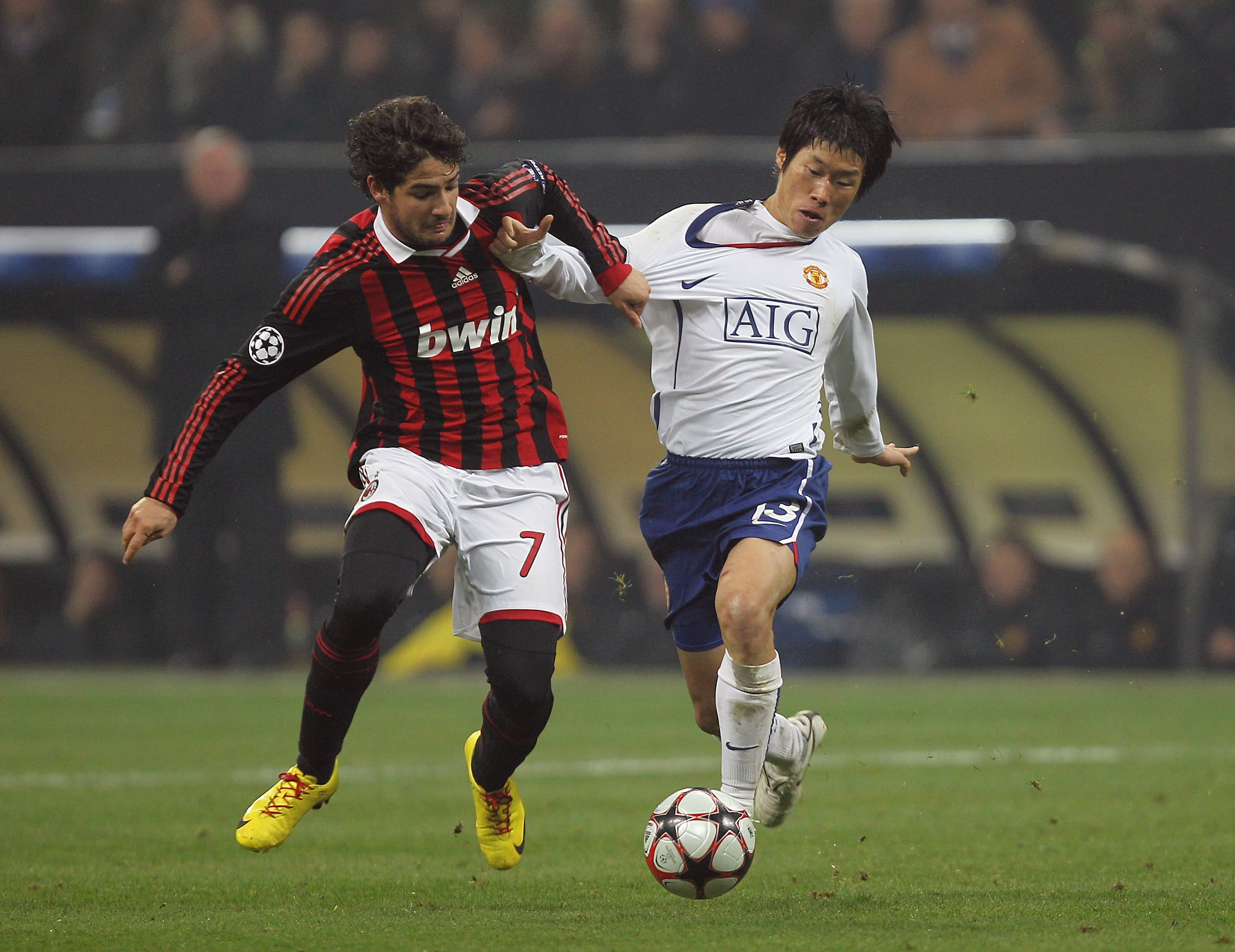 They had some good matches like, beating Real Madrid 3-2 and Marseille 2-1.

But that wasn't enough as they finished second in the group stage and they got Manchester United.

In new champions league season AC Milan got lucky. They are in first place, which means that they will have easier opponents but they might get Real Madrid once again.

It is expected to get to quarter finals at least for this new season. They might do that but only if they finish first in their group.

We all know that AC Milan is one of the best teams in champions league history. You never know with AC Milan in Europe. They are capable of doing a miracle. 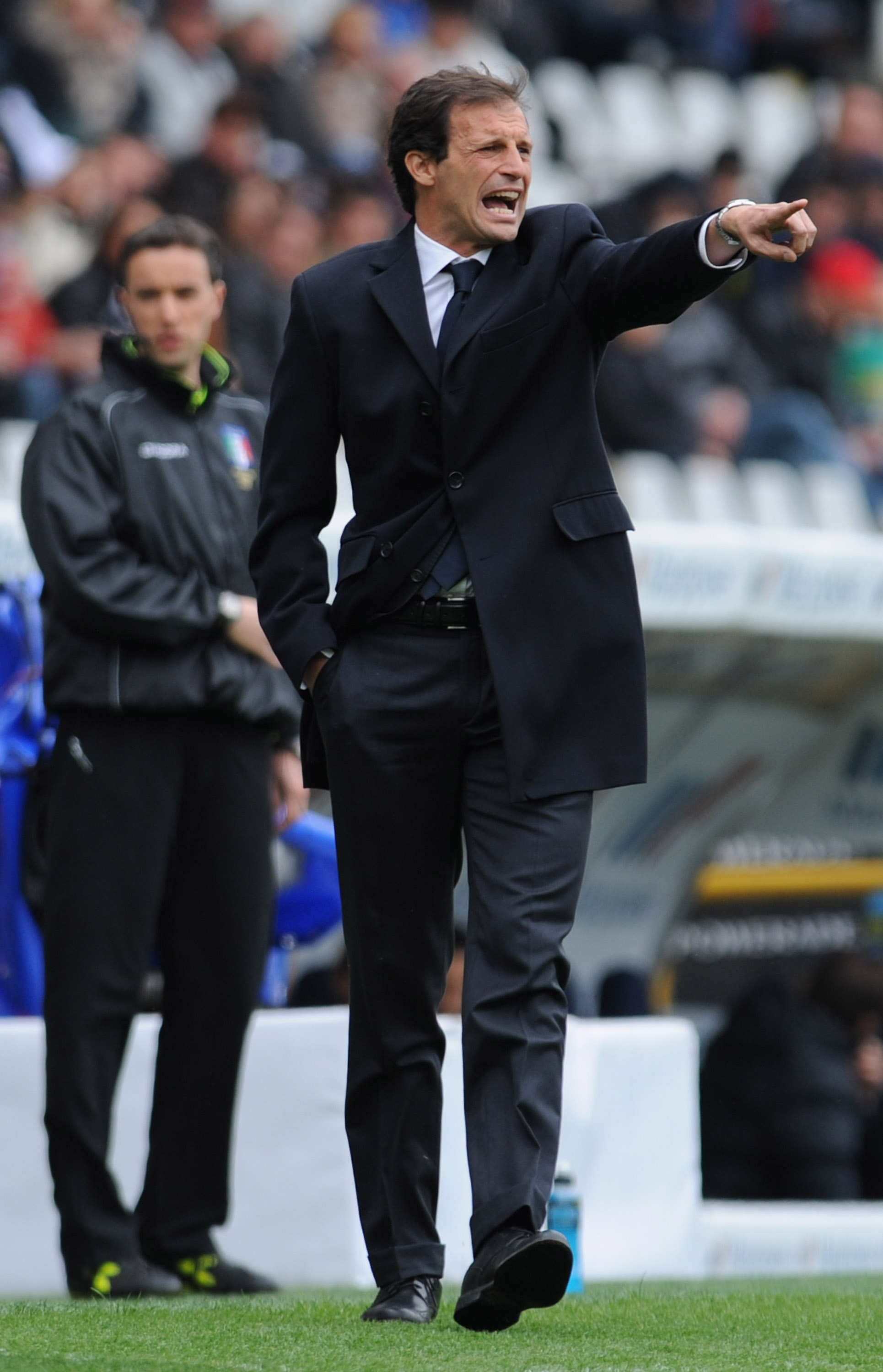 AC Milan will have one of the hardest seasons in the past few years.

In Serie A they might end up in 4th place.

In Champions League I expect them at least to be in the quarter finals and of course to win their group stage and keep improving their coefficient.