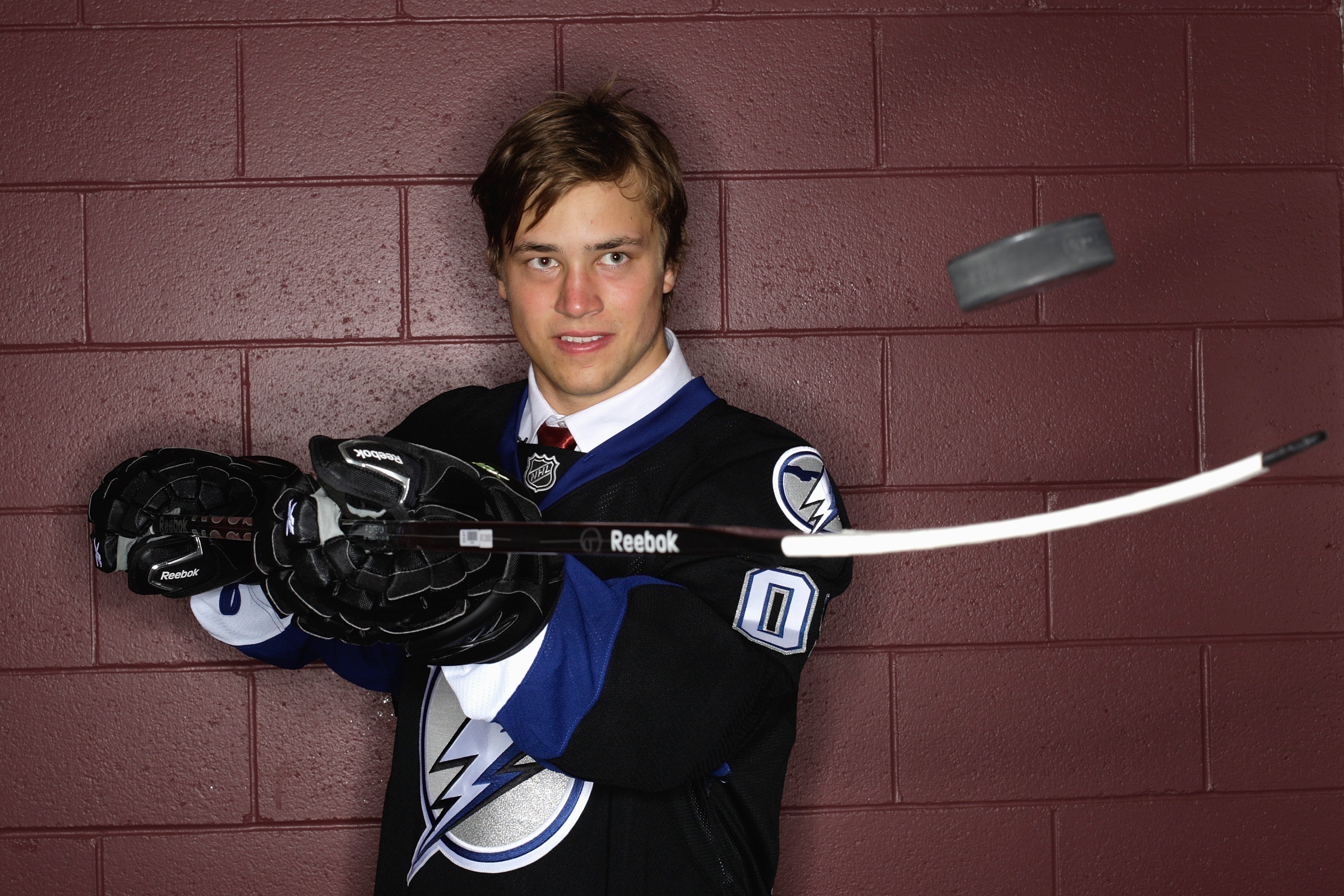 All throughout the NHL season I will be following the stars of tomorrow.

My criteria for these players is two years in the NHL or less than 160 games combined (with minor exceptions).

Many players take that next big step in year three and really come into their own.   Some sooner, some later, but the development of a star is fascinating to watch.

The rankings will be updated as the season unfolds to reflect who's living up to expectations and who is not.

I've taken a look at the top 25 emerging forwards and 10 best young goalies in the game.   Today I will focus the lens on the 15 best emerging blueliners. 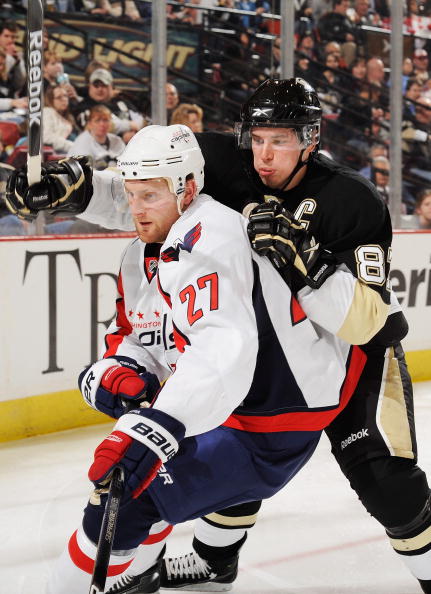 This former 1st-round draft pick had big expectations coming out of the draft.   He's had a couple of stints in the NHL and the Capitals have high hopes for him solidifying what was a sub-par defensive unit in 2009.

He has been a key cog in the Hersey Bears' success and hopes to make a smooth transition to full-time duty this season.

At 6'2'', 205 pounds he has good size to go along with his above-average mobility.   Alzner has untapped offensive upside that he has been working hard at improving.   He has the potential to be a shutdown defenseman. 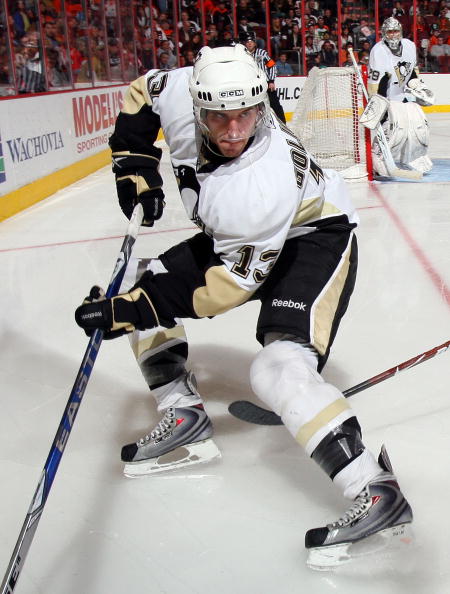 At 25, Alex Goligoski is the elder statesman of this group, but has only been in the NHL for two seasons.   He is very mobile blueliner with good offensive ability.   He has good hockey sense which allows him to jump into the play to utilize his solid puck-moving ability.

Goligoski can use some work with his defensive coverage but has already made strides in that area.   Look for him to pile up the points quarterbacking one of the league's most potent power plays.   Already a capable top-four defenseman with potential for more. 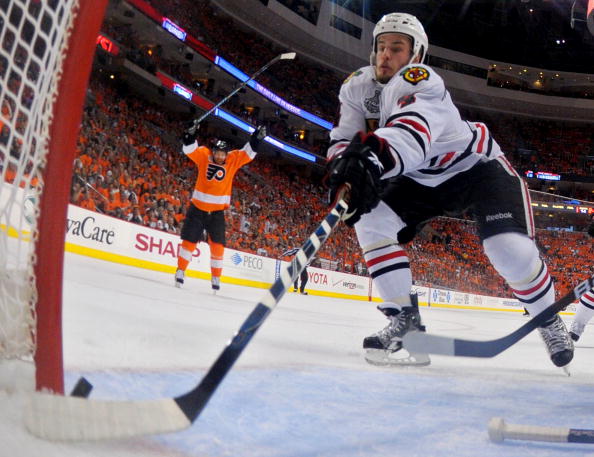 At the age of 23, Niklas Hjalmarsson is already a Stanley Cup champion.   Yet, his best days are still ahead of him.   The San Jose Sharks recognized his talents and gave him an offer sheet this past summer, but the Blackhawks matched it.

This kid logs big minutes and was an underrated part of Chicago's success.   A gritty shutdown defenseman who brings a calming presence to the blueline.

Hjalmarsson will not hesitate to use the body and still has some under-utilized offensive ability.

Look for bigger things from him in 2010. 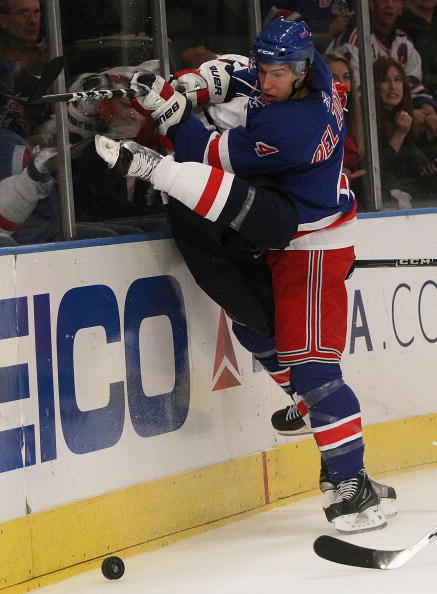 This future power-play quarterback for the New York Rangers had an up and down rookie season.   Not afraid to use the body, this 20-year-old has offensive ability to spare.   With great vision and skating skills, opposing teams will soon learn to respect his game.

Before that happens, he needs to drastically improve his defensive zone coverage.   If it were not for this, he would already be higher on the list.    John Tortorella gave him free reign to learn on the fly and they need him to be better to trust him with more ice time.

Del Zotto was also benched in the World Championships due to his defensive liabilities.

He should show marked improvement this season. 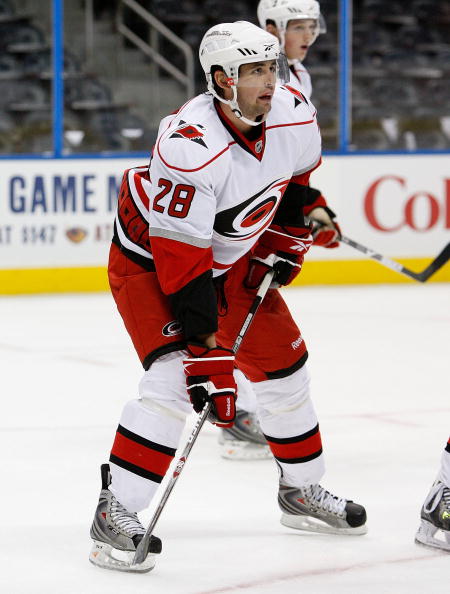 One guy who does not need drastic improvement is 22-year-old Jamie McBain.   This youngster turned many heads in his late season call up last season for the Hurricanes.

He has a good all around game and already looks like a polished NHLer.  Carolina will hope this continues as they need all the help they can get on defense.

McBain will see big minutes in 2010 and might be a dark horse Calder candidate. 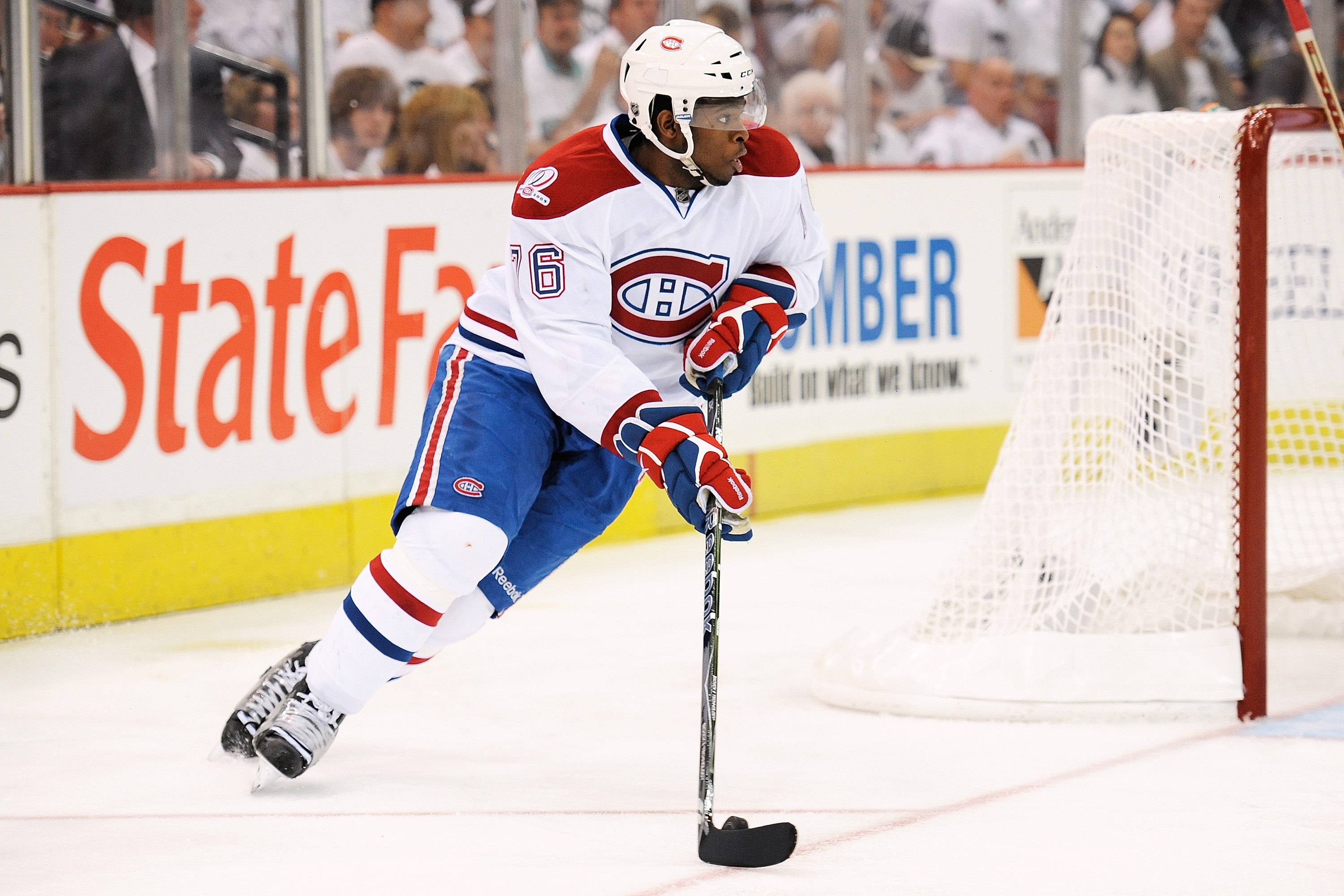 Making the list as an exception is top Montreal prospect P.K. Subban.  While he has only played two regular season games for the big club, he did make an impressive playoff debut last year.

Already a fan favorite with his poise and superb skating ability, he should be a key cog on the Canadiens defense for years to come.    Not afraid to lay the body despite his size or quarterback the power play, Subban displays excellent offensive skills and creative vision.

Like most young rearguards, he will need to improve his consistency and know when to join the rush and when to sit back.   But if can live up to his hype and works on his flaws, he will emerge as one of the best young blueliners in the game today. 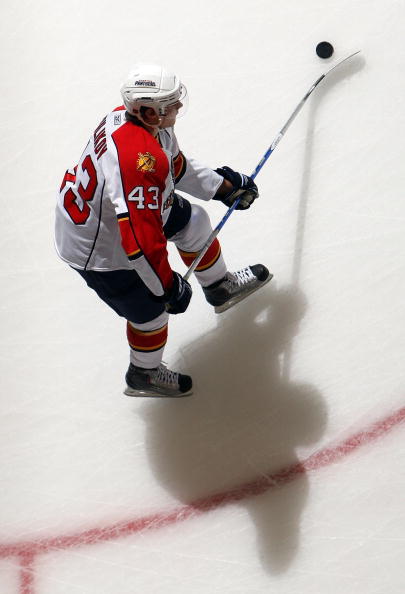 Cracking the top 10 is Florida Panthers young gun Dimitry Kulikov.   This 19-year-old teenager has confidence galore.   He is a gifted offensive talent with a huge shot.

Florida's future power play quarterback will continue to turn heads in 2010 as he improves his overall game.

One of the things you have to like about him is his commitment to defense.   Many times players with his offensive ability neglect the defensive aspect as they get acclimated in the league.

He is a gem and many around the league will take notice soon. 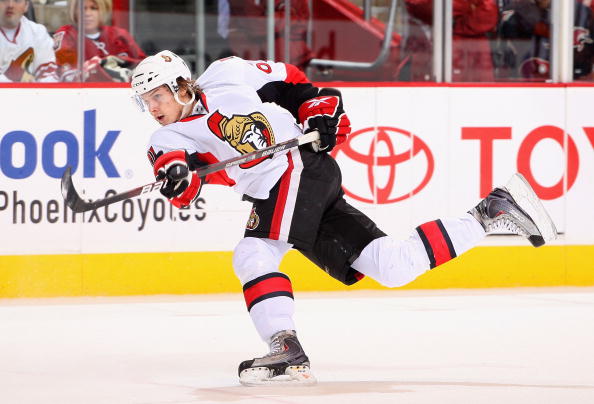 Erik Karlsson shot up the rankings in the months leading up to the 2008 draft.   Now people know why.   He has great offensive talent and plays with an edge despite having a smaller frame.

The Senators have a stud of a defenseman on their hands and he will dramatically improve on his rookie point totals as his career takes off.

Blessed with great hockey sense and a powerful shot, Ottawa will have a great power play tandem with him and Sergei Gonchar.

He still needs to improve his defensive game and improve his strength, but that will come with time.   He did not look out of place playing for the Swedish team in the World Championships and is primed for a breakout season. 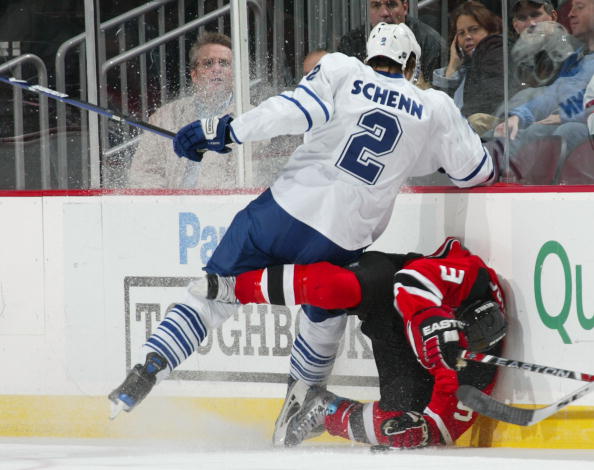 Luke Schenn went through some growing pains this past NHL season but started to come into his own near the end of the year.   As a natural leader, he will thrive in the Maple Leafs defensive core this upcoming season.

His offensive upside is still unknown but whether it comes or not, it will not diminish his value.   Toronto is a tough place to win over the fans, but he has done so with his solid play.

He wins battles with his stick and his body and his size and strength allow him to challenge any forward.

Has shutdown ability written all over him. 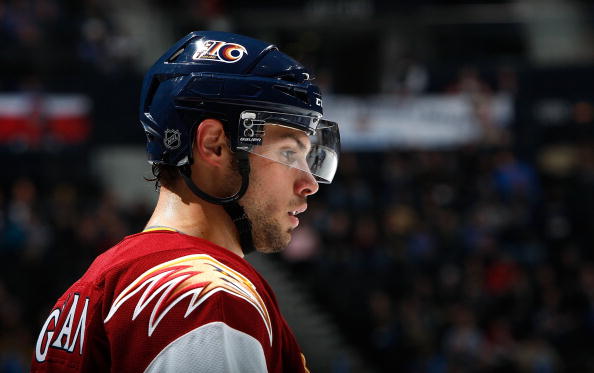 Originally drafted third overall by Atlanta, Bogosian has the makings of an all-around stud on the blueline.  He has natural offensive ability along with a booming shot.

He should live up to his franchise-defenseman potential with his high hockey intelligence.   Is already solid in his own zone and will be a top-pairing shutdown defenseman for the Thrashers for years to come.

Keep an eye on this one. 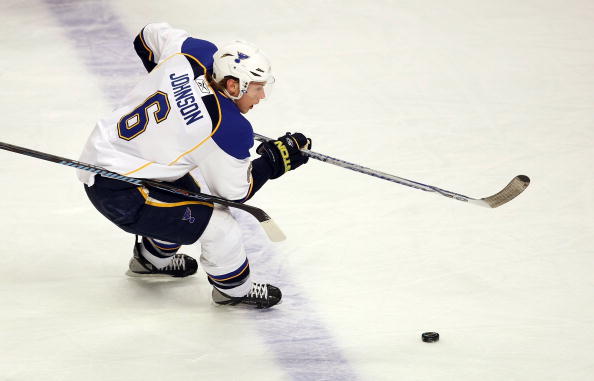 Erik Johnson has all the makings for a top offensive talent in the NHL.  In fact, he has the potential to be a top-pairing two-way defenseman given all his skills.

He is a smooth skater with great stickhandling and passing skills.   He is reliable in his own end and plays with a physical edge.   At 6'4'', 225 pounds, Johnson has the size and strength to keep the front of his net clear and win the tough battles in the corner.

The sky is the limit for this youngster and it won't be long until he puts it all together. 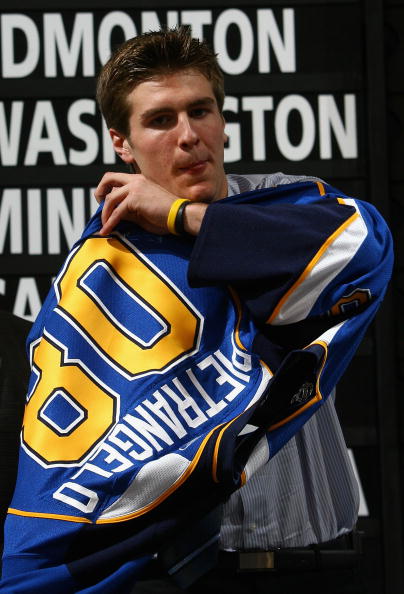 Many have not heard of Alex Pietrangelo yet, but that should change this season.   He models his game off of Chris Pronger and could be a Calder candidate in 2010.

Rated by many as the top NHL prospect, he has a lot of expectations to live up to.   That won't be a problem for this 6'3'', 205 pound blueliner.  St Louis has taken a developmental approach with him letting him refine his game in the minors after two short stints with the big club.

A franchise defenseman in the making, his superb on-ice vision is only matched by his impeccable hockey intelligence.   With all the skills one could want from a player, he will be a household name for years to come. 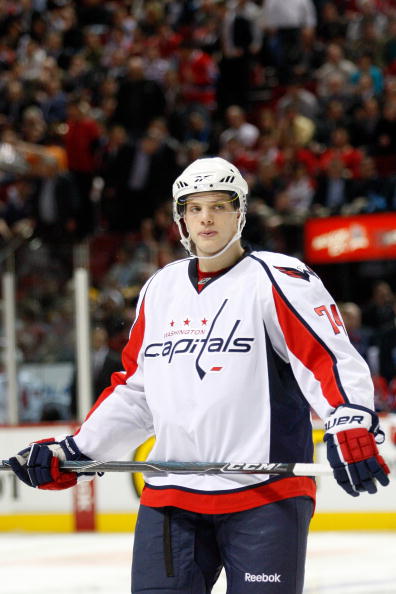 John Carlson introduced himself to the national stage in the 2009 playoffs by quickly establishing himself as a top-four rearguard.   Has explosive offensive upside with the potential for an all-around game.

Capitals fans are excited to see what he can do for a full season as he should become one of their most reliable defensemen in 2010.   He uses his size and skating ability and can easily quarterback the lethal Washington power play.

Responsible in his own zone, he is incredibly smart and systematic with his game.   Will play in any situation and log big minutes.

Carlson will rack up the points with the Capitals and will eventually surpass Green as their best defenseman. 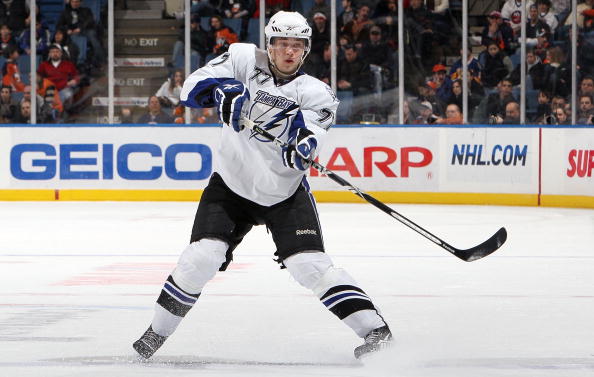 Victor Hedman should be even higher on this list but tailed off a bit as he adjusted to the North American game.   Loaded with an impressive skill set, Hedman is the complete package and will anchor Tampa Bay's defense for the next decade.

The number-two overall draft pick is already touted as the Lightning franchise defenseman and if anyone has seen him play they will agree he is the real deal.

At 6'6'', 220 pounds, no one is going to intimidate him and he has unbelievable skating ability for a player his stature.   His size and skill combination are unique and he will be a Norris Trophy candidate sooner than later. 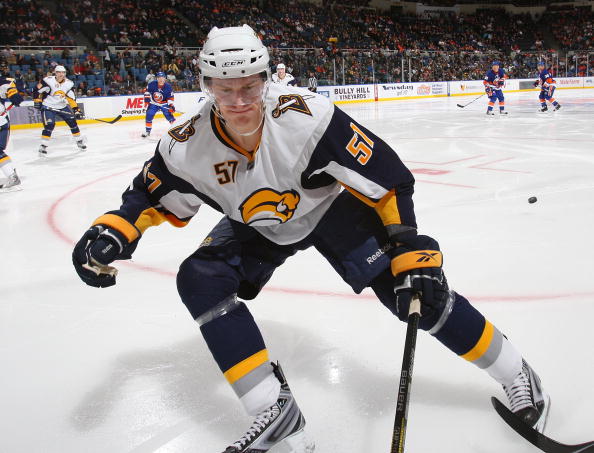 What more can be said about the rookie of the year?   When he was drafted 12th overall in 2008, no one expected him to become so dominant so quickly.   His confidence really took off in 2009 and he never looked back.

With size that is only matched by Chara, Myers combines great offensive skills and skating ability with a massive frame.   Was by far and away the Sabres best defenseman playing in all situations and logging impressive minutes.

It takes years in the NHL to reach the level he has already achieved.   Look for him to improve his game even more in his sophomore season.  This is bad news for opposing teams. 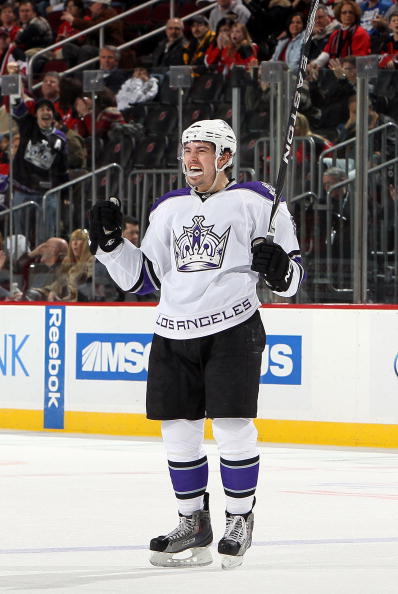 Taking the top spot in this list is Los Angeles Kings youngster Drew Doughty.   He plays well beyond his years and at 20 he has already been nominated for a Norris Trophy.   Some believe he should have won it but it will not be the last time he contends for best defenseman honors.

He is incredibly poised and has offensive instincts you cannot teach.   Is equally talented defensively as he is offensively.   There really isn't much he can't do.

A bona fide star in the making, Doughty will cement his name among the elite in 2010 proving last year was no fluke.   He will be the undisputed franchise defenseman for the Kings for years to come and might go down as their best ever before all is said and done.