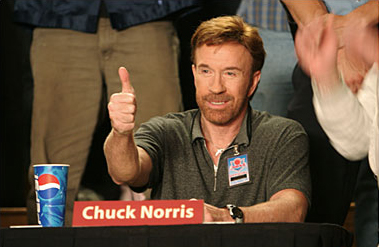 There’s a reason why ESPN starts with an E, despite it being dedicated to the S.

It’s because, in the end, all athletes are entertainers. Even the boring ones.

I’m looking at you, Tim Duncan.

While many athletes are solely focused on their game, there are a select few who take the role of entertainer to a new level. They decide to hit Hollywood for their turns on the silver screen.

Some get starring roles like Michael Jordan. Some get sidekick placement, a la Dennis Rodman.

Then, there are the cameos.

These are athletes who aren’t huge players in the story, but their presence makes any sports fan laugh. It’s hilarious to see your favorite athlete completely out of place.

Unless you are with the missus, and she keeps asking you what’s so funny.

But who are these athletes who made memorable splashes in theaters?

Yes, Bird wasn’t even the most famous NBA player in the movie, but his cameo was excellent.

Playing golf with Bill Murray, Michael Jordan, and Wayne Knight (better known as Newman from Seinfeld) is natural for him, so the part was perfect.

Larry Legend’s back-and-forths with Murray on whether Murray could make the league are funny not because of Bird’s acting, but because it seems so out of place for him.

But when Murray says, “Larry’s not white, Larry’s clear,” to Jordan, you knew Bird belonged. 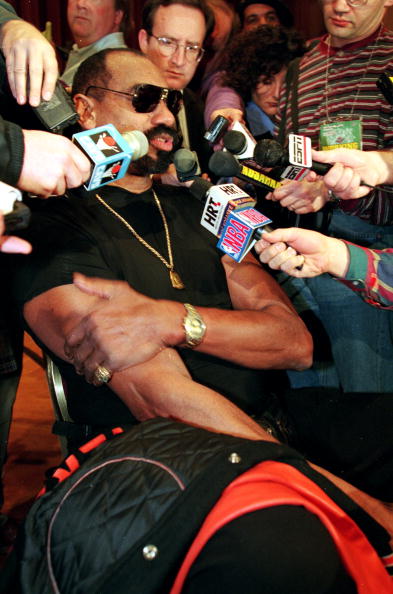 Normally, being the only person over seven feet tall would get Wilt cast aside as the freak of the movie.

But next to Arnold Schwarzenegger, Chamberlain looked plain as vanilla.

However, his role must have seemed hilarious. He played a guard who had to watch Schwarzenegger complete his tasks and wielded a mace with a spike, a sword and an axe.

Oh, and his name was Bombaata. Enough said.

Okay, so Gretzky himself doesn’t make a live cameo in the movie, but he is the cornerstone of one of the best sports video game scenes of all-time.

EA Sports NHL ’94 was one of the most fun sports games ever. And despite the fact players could no longer fight in the game, Vince Vaughn still planned on making the Great One’s head blow up.

“Mikey, check it out, little Wayne’s legs are shaking all over the place.” 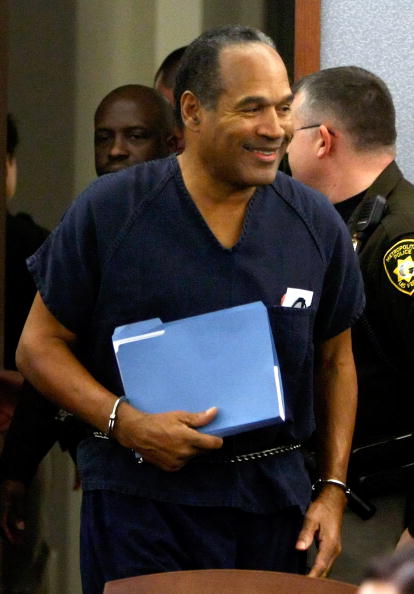 O.J. Simpson’s role in the Naked Gun series isn’t the traditional definition of the cameo, but he certainly looked as out of place as many of these other athletes.

Plus all three movies had Officer Nordberg getting into incredibly painful situations repeatedly, which many people seem to like.

One of the toughest guys in sports history gets a very manly job in this Will Ferrell flop: getting a juice box.

The best part is that Ditka looks like the reasonable one in the movie, making Ferrell look insane. Ditka’s acting isn’t so hot, but the screaming match is the best part of the entire movie. 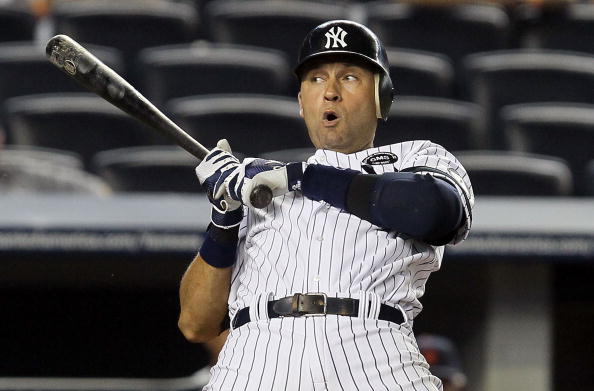 Derek Jeter is one of the most beloved athletes in the history of New York sports.

Therefore, having one of Boston’s biggest fans, Mark Wahlberg gun him down and make the Yankees lose their chance at contention makes perfect sense.

Wahlberg probably smiled the entire time during filming and asked for 30 retakes.

This may not have been as much of a cameo as it was a great idea for the movie.

Smith reprised his role of Moses Hightower in almost all of the Police Academy movies, playing a man that was so strong, he ripped out the front seat of his car so he could drive comfortably from the back seat.

He was also known for his sensitivity of “yo momma” jokes. But I’m sure he didn’t hear many, considering he was 6’7”, 265 pounds. 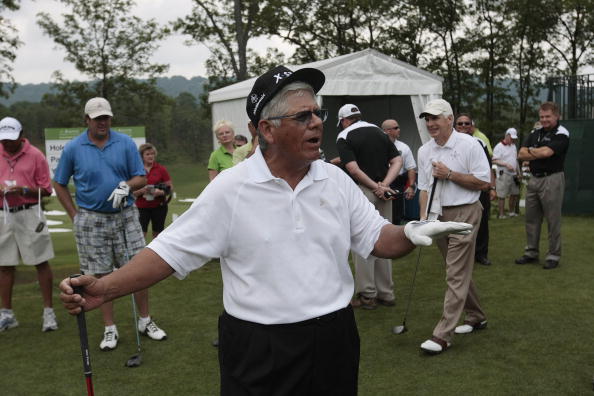 Many PGA pros peg Trevino as one of the nicest guys on the tour.

Trevino has only one line in the movie, but his nodding made him a classic. While Sandler’s character throw out so many expletives that Rex Ryan would have been proud, Trevino just stands and shakes his head in disgust.

And then does it again at a putt-putt course.

It just seems like Roger Clemens volunteered for this role as Skidmark.

He’s such a natural at playing a redneck.

Clemens just looks so awesome in a mullet and the only way the cameo would have been better is if he would have “stoot slapped” someone.

If this movie were made today, it’s unlikely L.T. would be giving much advice to kids. But next to Sandler, he looks completely sane.

Sandler’s Bobby Boucher goes on a long, stuttering rant about how he plays football, and Taylor only has one piece of advice.

Bob Uecker was always a class act behind the microphone during his days as a commentator.

But in Major League II, he brings in some comedy dressed in a suit even Craig Sager would call hideous.

“Dynamite drop in, Monty, that broadcast school is really paying off!”

Adam Sandler has to be the king of random, ridiculous athlete appearances in his movies.

McEnroe's cameo is no exception, as his “night on the town” probably makes most New Yorkers crave the opportunity to spend a night with him.

He jumps over a freakin’ taxi, what else could you want?

8. Brett Favre—There's Something About Mary 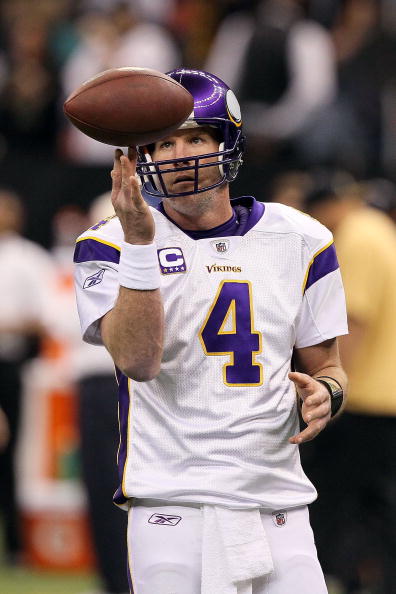 Ben Stiller spends the entire movie trying to win the heart of a girl who is in love with a mysterious man named Brett.

Actually, that plot is pretty similar to what Tarvaris Jackson is feeling right now.

The legendary Miami Dolphins quarterback gets held hostage by a cross-dressing former teammate and it’s up to Ace Ventura to save him.

Oh, and if you were wondering, there are sexual puns involved.

It’s unbelievable to think that, after all his success in the ring, Mike Tyson needed to punch out a nerdy white guy and own a tiger to get some fame.

But in the Hangover, he did just that, and Zach Galifinakis is still reeling from it.

Not many people will know Cam Neely off the top of their head.

Dumb and Dumber fans, on the other hand, certainly will for his brilliant role of the trucker Sea Bass.

Side note: I’m glad there’s no explanation for his name.

Chuck Norris starred in many a movie in his heyday. But his appearance in Dodgeball may just take the cake.

Why he gets to be the deciding factor in Ben Stiller’s and Vince Vaughn’s fates, no one knows.

But I do know one thing about the martial arts master.

The bogeyman has a nightlight just for him.

This pick may be slightly biased, considering Blazing Saddles is my favorite movie of all time.

But then again, Karras looked like a pro as Mongo. Most people aren’t even aware an amateur plays the part, and he’s quite the riot.

Punching a horse can do that for you.

Before Norris appears in Dodgeball, Vince Vaughn encounters the cycling great, who is no stranger to movie cameos.

His speech to Vaughn about never quitting despite having multiple types of cancer is possibly the funniest sequence in an already hysterical movie.

Kareem Abdul-Jabbar is nowadays viewed as a very soft-spoken, polite statesman of the NBA.

In Airplane!, he got to try being the bad guy.

As little Joey pesters him about not hustling, the legendary baller grabs him by the scruff of the neck, breaks character and makes the kid look like he peed his pants.

Thankfully, they don’t pan down.