Oakland Raiders: Seven Players On The Wrong Side Of The Roster Bubble 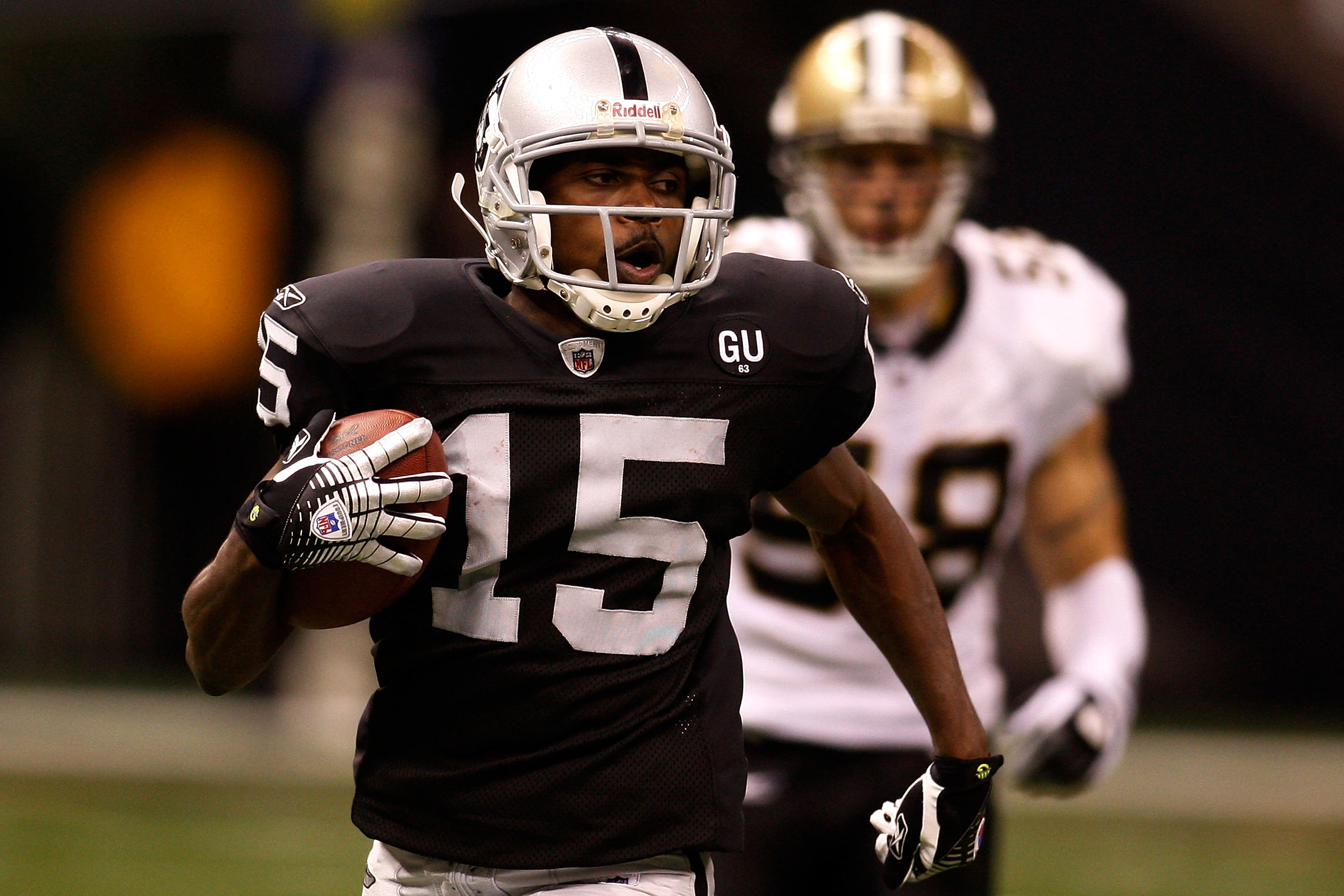 The Oakland Raiders got a lot better in the off season this year. In fact they may have made more improvements to their team than any other franchise in the league.

But to get better, you have to add better players. When you add better players, some of those names from seasons past are jettisoned to accommodate those additions. There are several players who didn't make the most of the chances they had in 2009, and they might well pay for it in the final roster cut downs in 2010.

There are some players who came on board in free agency, players who you would expect to make the roster even if not as a starter who are in danger of being pushed out by younger, or simply just better players.

I think that it is a testament to the strength of the current team that players who would be guaranteed of a roster spot in years past might now be waived or released.

Believe me when I say, there are some worried Raider players out there. 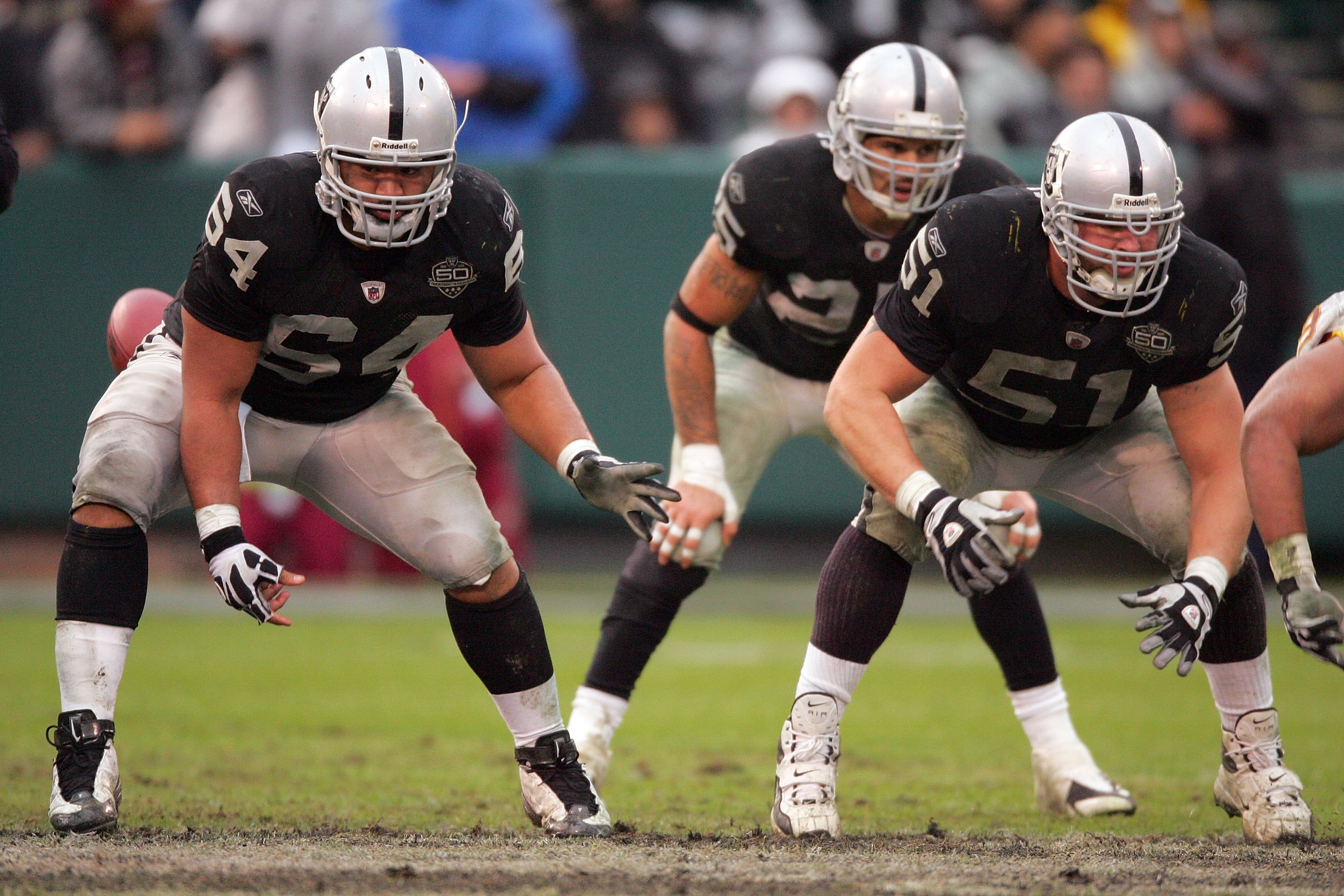 Chris Morris went into the first game of the 2009 season as the starting center for the Oakland Raiders, and with that came the chance to make the position his own.

The Raiders had traded for Samson Satele from the Miami Dolphins, but he struggled to pick up the zone blocking system run by Oakland in the early going, and so Morris, who already had 3 years experience in the system, became the starter by default.

Although Morris has been reasonable in some games, he has been a liability in others. The Raiders have to ask themselves how much better Morris can get after having already spent 4 years with the team?

With rookie Jared Veldheer getting some good reviews at center, and Bruce Campbell and Daniel Loper as competent backups at guard, where is the need for Morris?

I don't see a need, and if the Raiders are going to get serious about their offensive line, then Morris is the type of player they need to release.

It may well be that Morris, Daniel Loper, and Alex parsons are battling for one roster spot. I thin Morris will be lucky to survive the final cut. 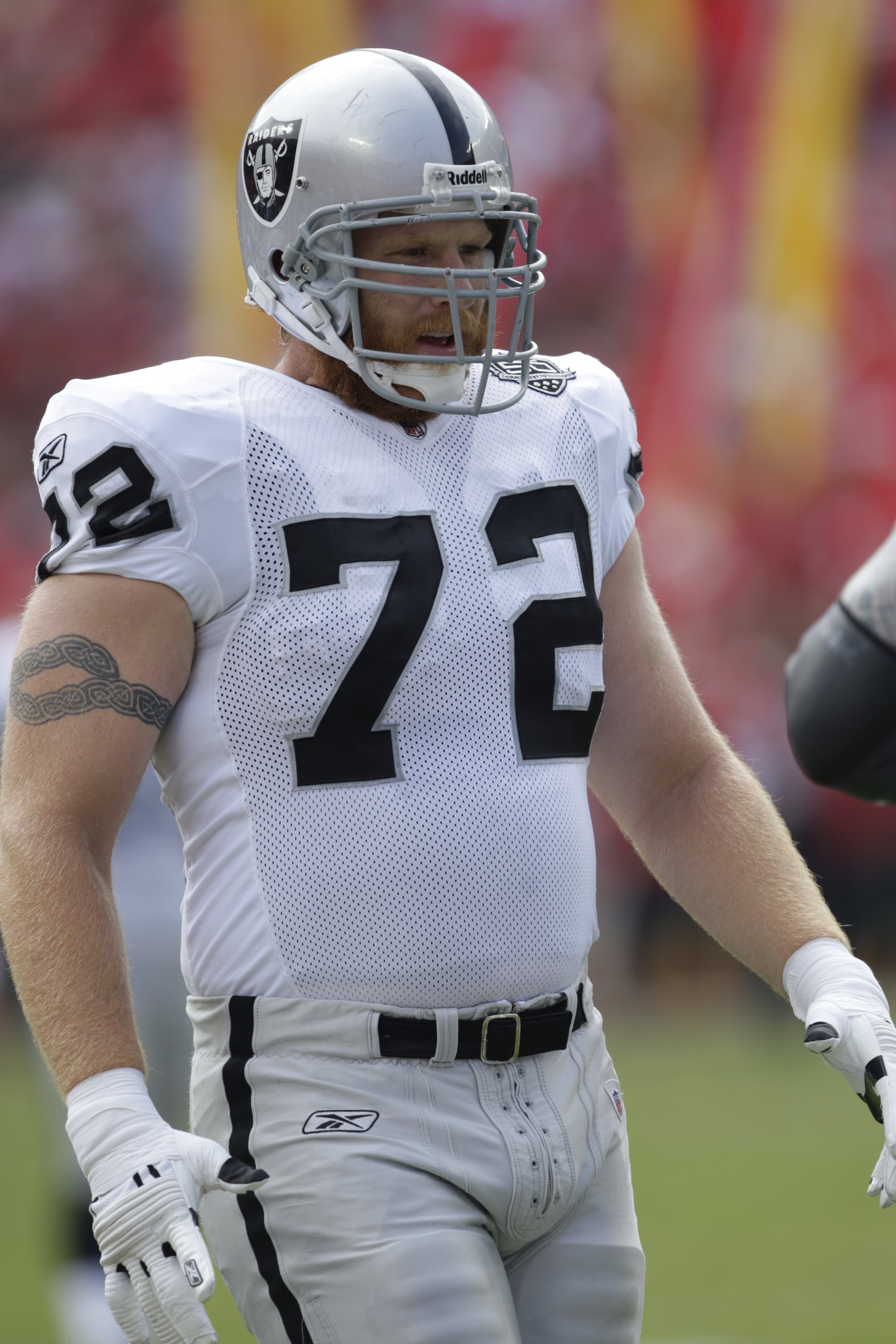 Erik Pears was a former starter for the Denver Broncos, who used the same zone blocking scheme as the Raiders, and his signing last year was widely seen as a common sense move for a player who was a system fit at a need position.

So far so good.

But when he failed to beat out Cornell Green for the starting right tackle spot, alarm bells started ringing.

To be honest, those bells have yet to stop ringing. Despite impressive physical ability, Pears has been nothing short of a disaster in the Silver & Black. He has been poor as a run blocker, worse in pass protection, and prone to penalties when he does get on the field.

With Jared Veldheer and Khalif Barnes backing up starters Mario Henderson and Langston Walker, I just don't see where Pears fits into the grand plan. 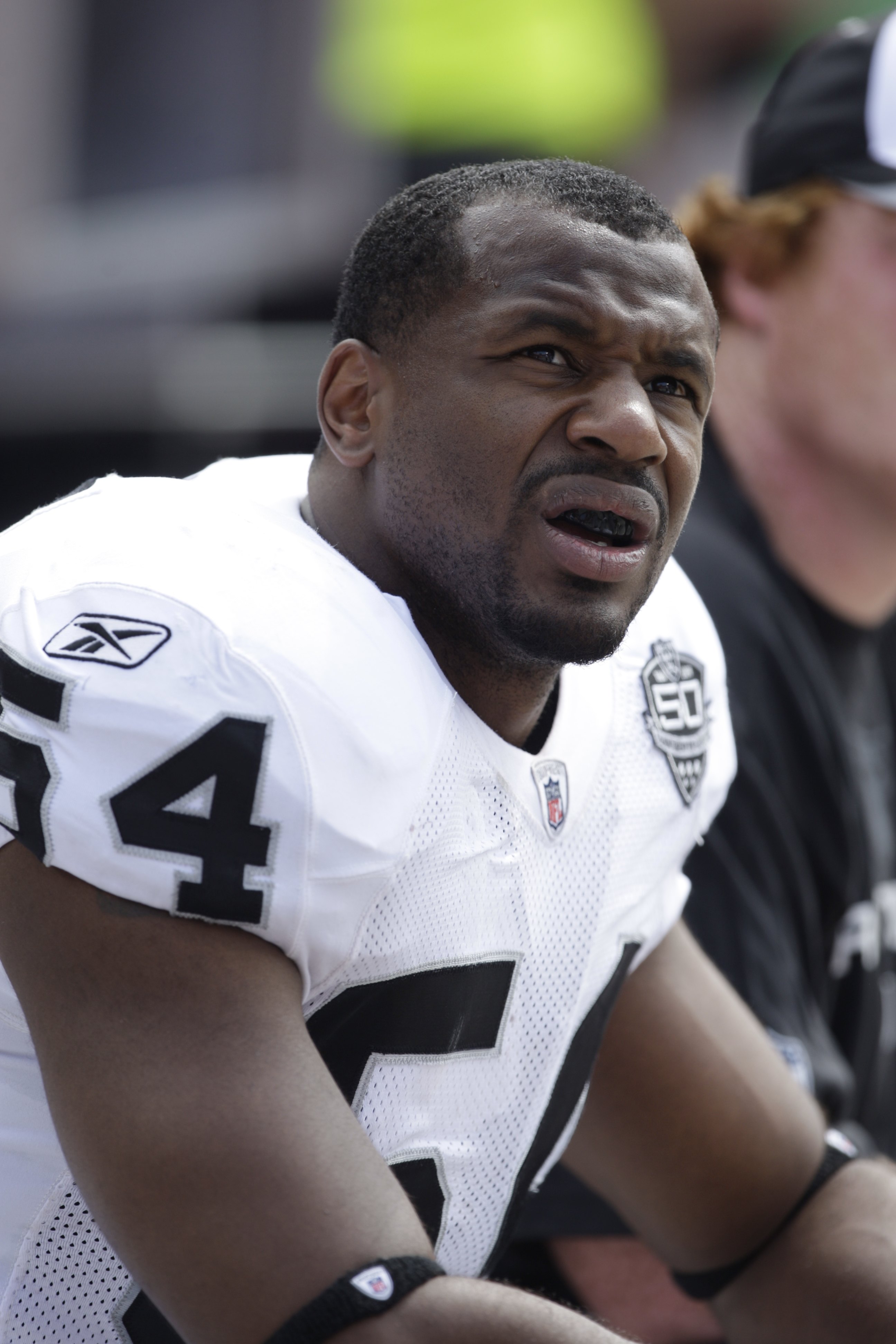 I always liked Sam Williams, simply for the fact that to come back from some of the injuries he has suffered over the years must take some kind of commitment and belief in yourself.

But times change, and the Raider linebacking crew have had a major overhaul this year.

Williams has had seven years to make the strong side job his own, but has always lost out to undrafted free agents like Ricky Brown.

With rookies Rolando McLain and Travis Goethel joining the team, Oakland trading for Kamerion Wimbley and the emergence of Trevor Scott, I just don't see a place on the roster for Williams.

Even on special teams, Goethel and Williams will probably be more productive. Both can also play inside or outside, whereas William is strictly and outside guy.

It has been a while coming, and I wish him the best, but Williams time with the Raiders is done. 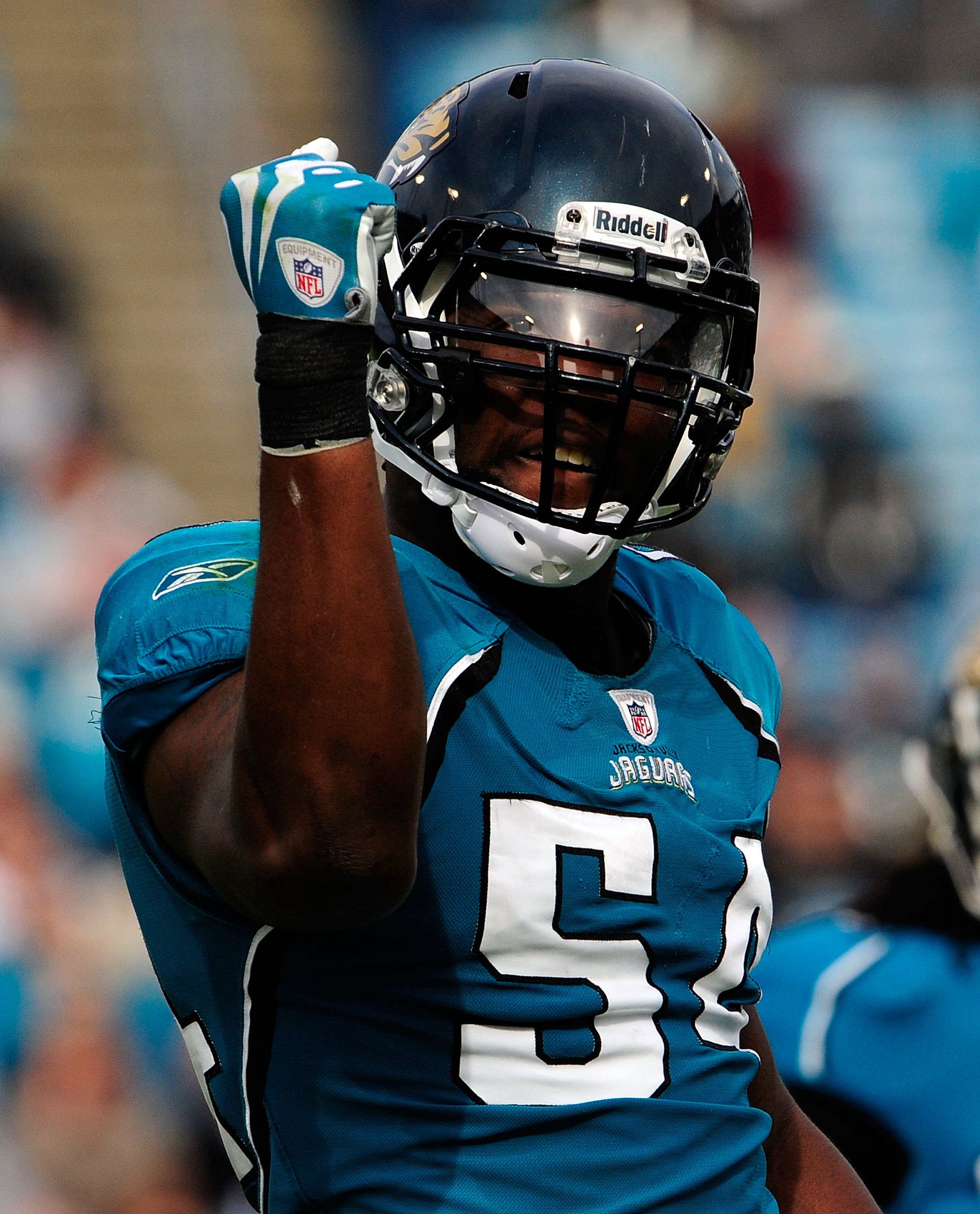 For the same reasons I believe that Sam Williams is now expendable, I also believe that Quentin Groves will probably be a victim of the final cut.

There are just too many talented linebackers on the Raiders roster this year.

Yes Oakland gave up a fifth round pick for him in a trade with Jacksonville prior to this year's draft, but a fifth rounder isn't that much, and I don't believe that Al would worry about it at all if he wanted to cut Groves.

He has shown little in camp or preseason this year, and there are too many talented players ahead of him who probably bring more special teams value.

The only thing that may save Groves is that he is a system fit for the new Oakland defense, and outside of Kamerion Wimbley and Trevor Scott, they don't have any of those bigger 3-4 type outside linebackers that the scheme requires.

But Groves has never achieved as a pass rusher, and is a liability in coverage.

Those inadequacies might just be too much for him to stay. 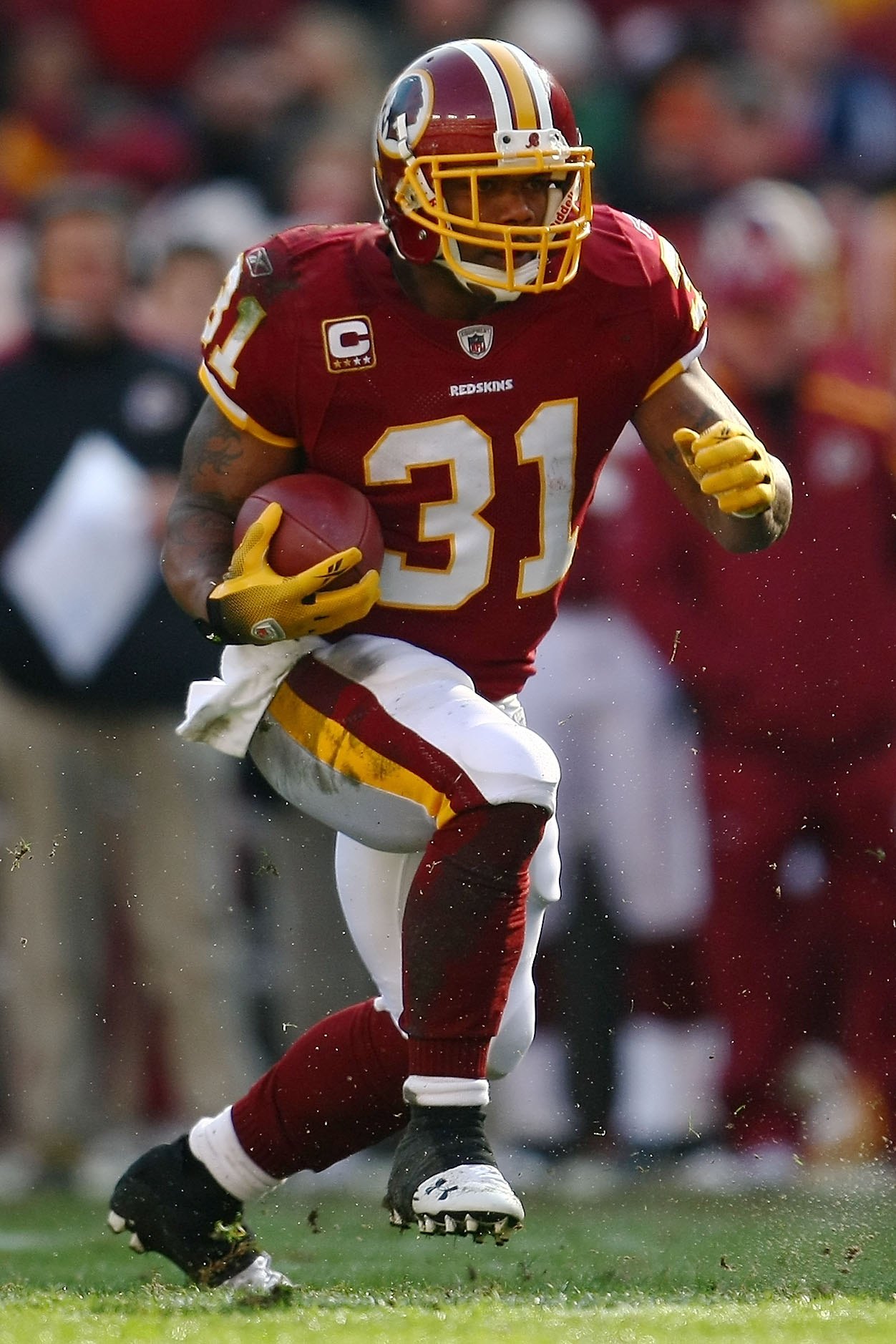 It isn't that Rock Cartwright isn't a good player or has any kind of other issues, it is just the fact that he has been out performed by Michael Bennet thus far in camp and preseason.

The competition is certainly close, but thus far Bennet seems to have the edge, which puts Cartwright on the wrong side of the final cut down.

He does bring value as a returner, but the Raiders already have Jacoby Ford and Nick Miller to fill those roles, and probably aren't looking for a third return man.

It is going to be a tough choice, but so far my prediction is that Cartwright goes. 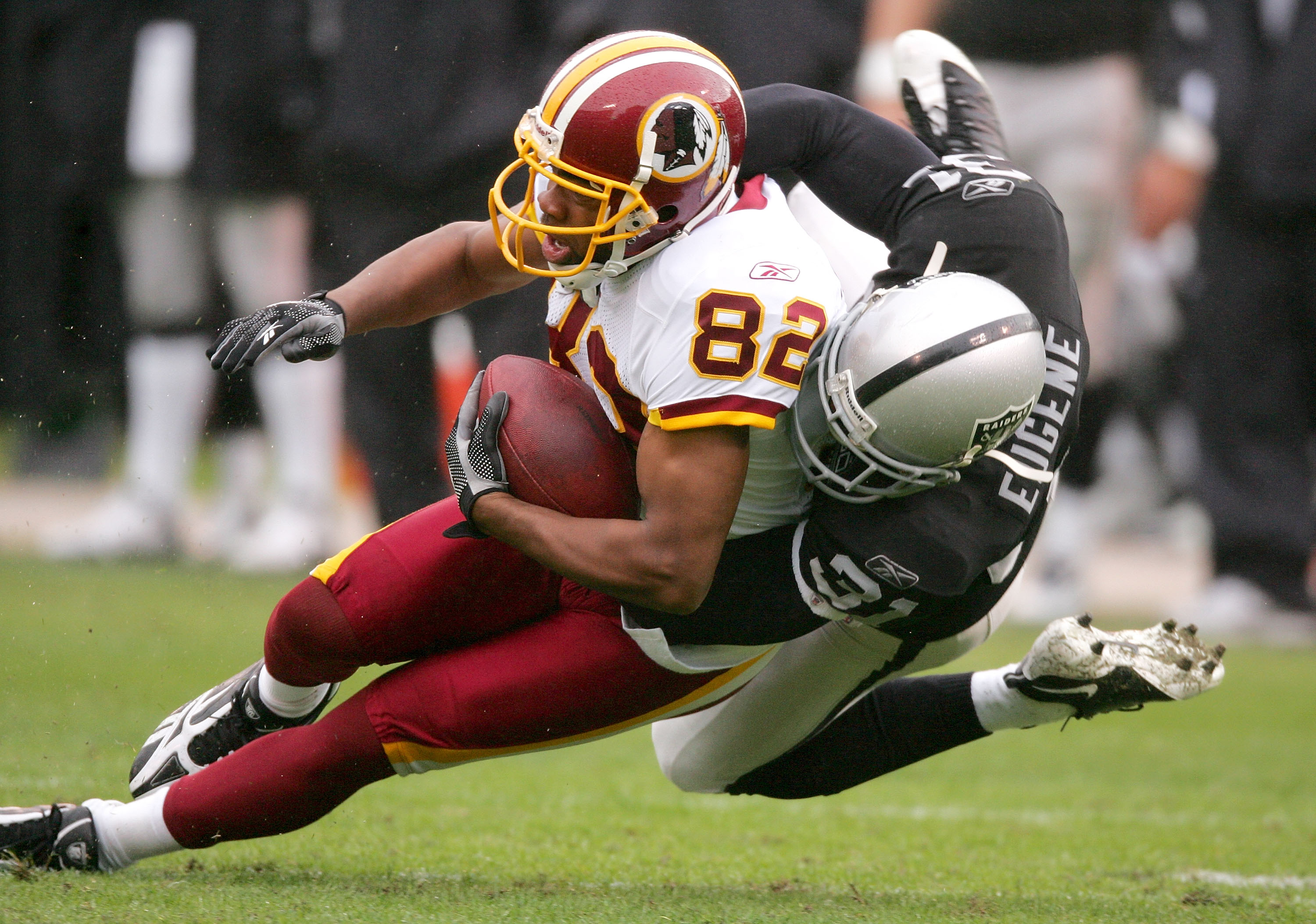 Once again, the upgrade in the raiders roster has left an established player right on the limit of the roster bubble.

Oakland will likely keep four safeties on the 53 man squad, and you can bet that Tyvon Branch, Michael Huff, and Mike Mitchell will be three of them.

Eugene lost his starting spot last year to Huff, and really isn't a big play maker at all. In the forty six games he has played for the Raiders, he has only one interception.

When you have young players like Stevie Brown getting himself noticed almost every practice session or preseason game, it isn't difficult to imagine him taking Eugene's spot on the roster.That dreadful missed tackle last year that went for a touchdown will stick in Al Davis's mind I'm sure.

I think Eugene is right on the edge of being cut when the roster gets trimmed to 53. 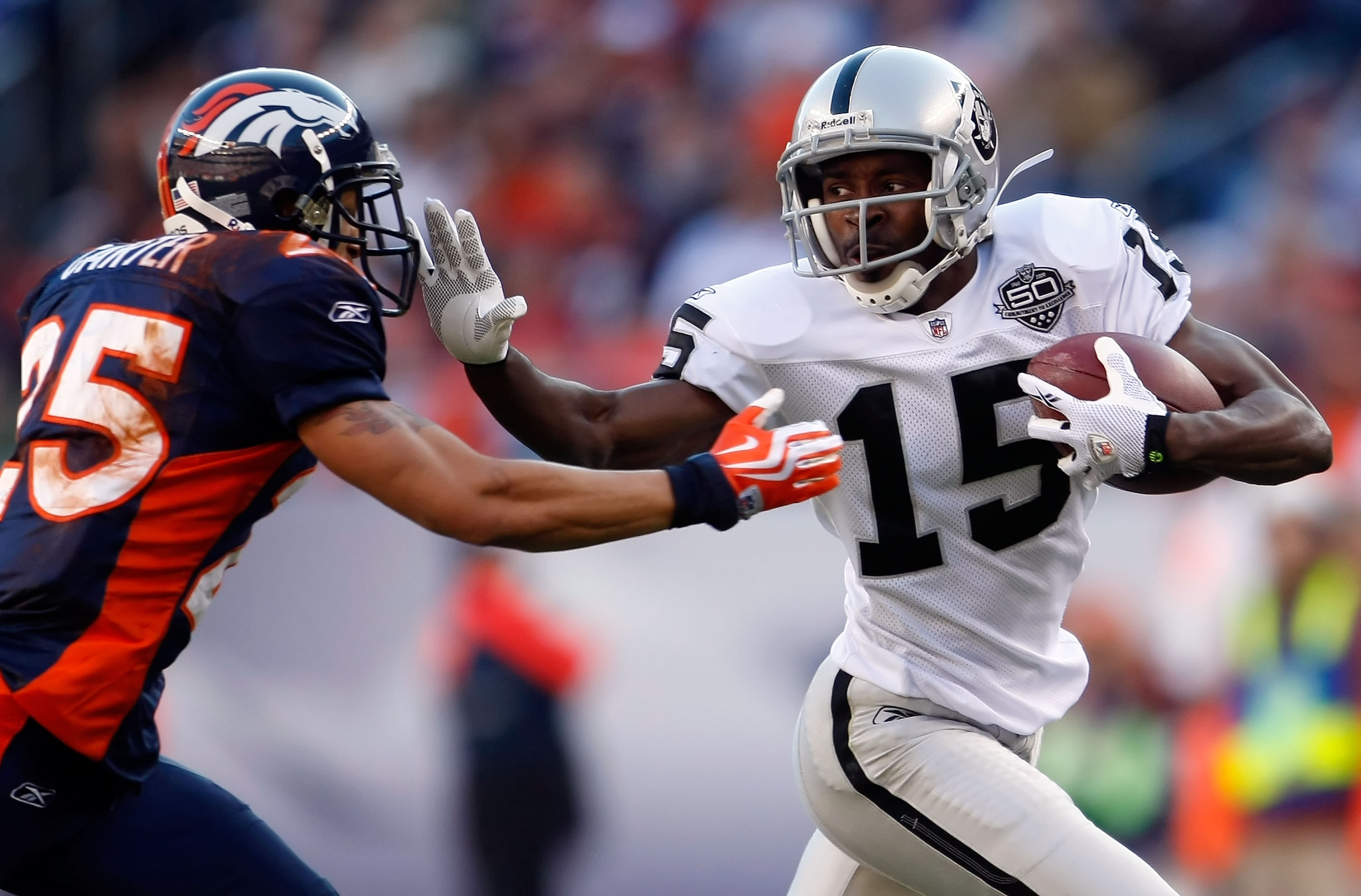 His star was rising in the East Bay.

Last year, after a vicious hit in the game against San Diego, he virtually disappeared for the rest of the year.

In this years roster battles, he has two players with very similar skill sets who are almost guaranteed of a roster spot in Nick Miller and this year's fourth round pick Jacoby Ford.

Ford and Miller are getting most of the return work in practice and preseason, which doesn't really look that good for Higgins.

He made some reasonable catches in week one of the preseason against Dallas, and his 2008 stats and clear potential may still save him,  but right now he must be a worried man.

I wouldn't be that surprised if he didn't make the final roster.