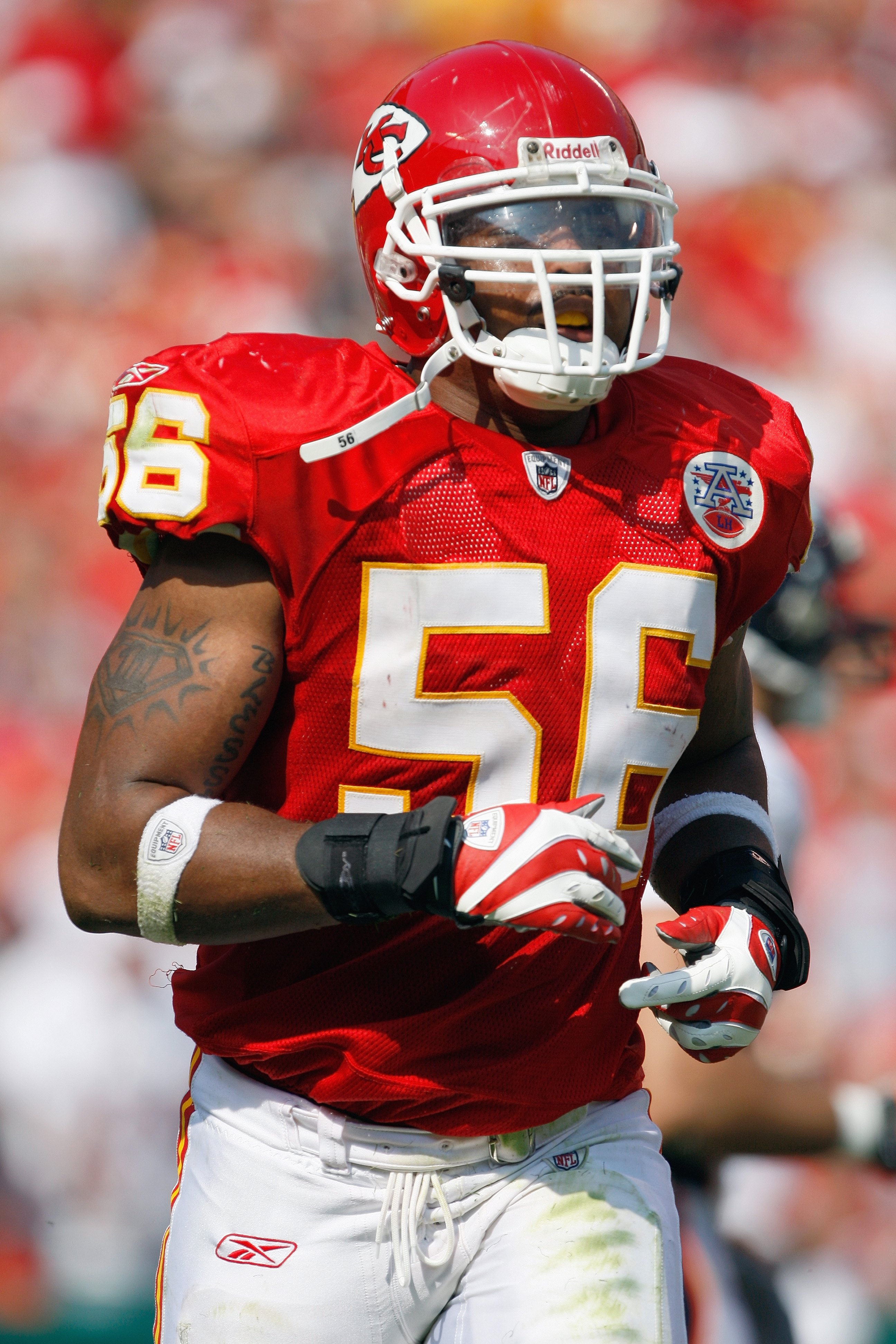 Chiefs head coach Todd Haley has encouraged competition during the offseason, even putting new running back Thomas Jones ahead of Jammal Charles on the depth chart in the preseason. It is imperative the Chiefs have a productive preseason so that they can take the winning confidence into the regular season.

There are many players Chiefs fans should be excited about this season, but here are 10 players they should be watching during the preseason. 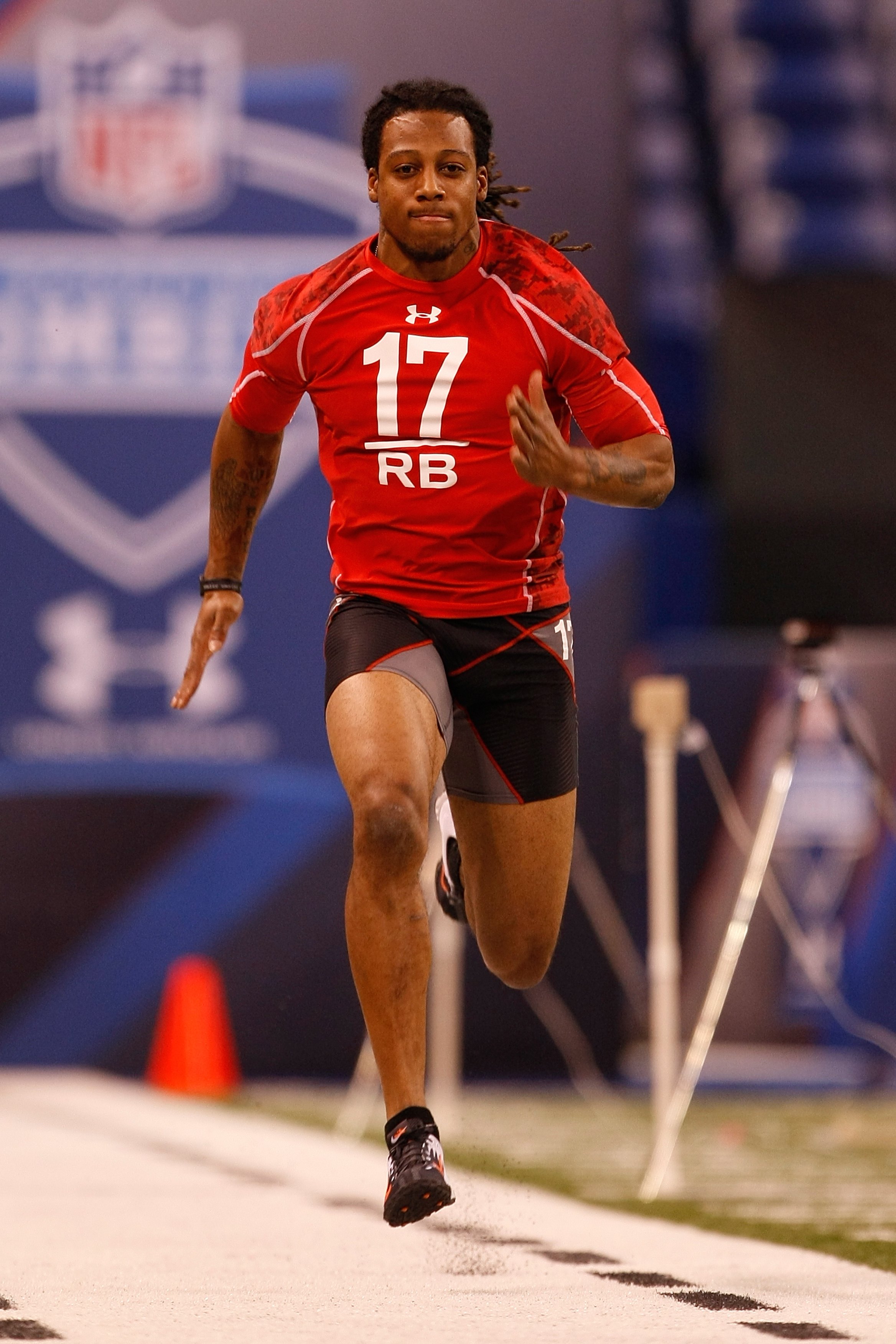 McCluster is the 5'8" speedster that was drafted to do it all for the Chiefs offense. McCluster is listed as a wide receiver on the roster but he will also see time at running back and in the wildcat offense that the Chiefs have spent a fair amount of time practicing during training camp.

McCluster joins Jamaal Charles as another player that can go the distance every time he touches the ball for the Chiefs offense. 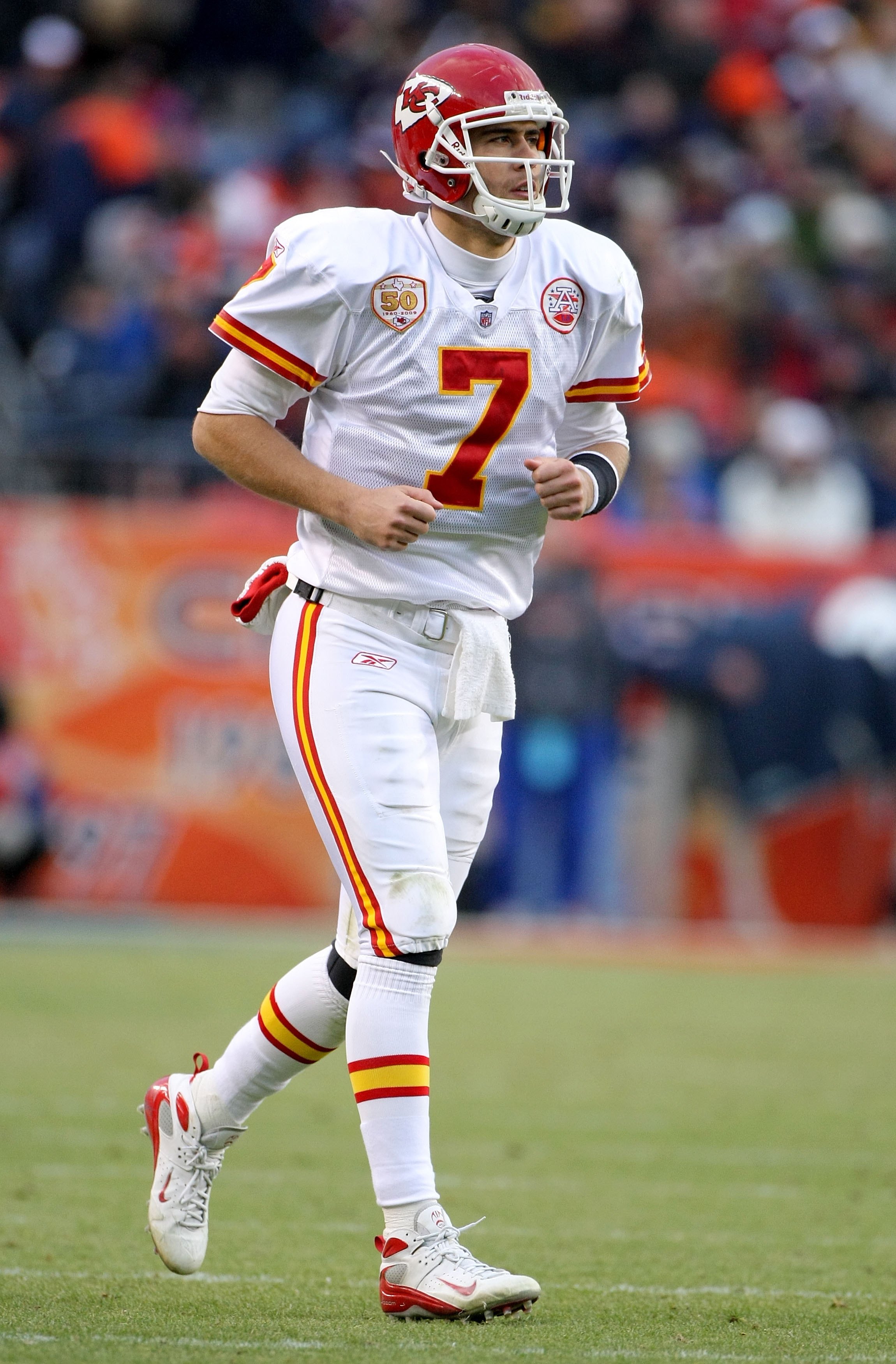 The Chiefs traded for Cassel last season from the Patriots to be the Chiefs' quarterback of the future, but his first season in Kansas City was often a struggle. Cassel needs to show that he can lead the offense with confidence this season, as often times last season he seemed to panic in the pocket as the pass rush was coming.

Chiefs fans are hoping that new offensive coordinator Charlie Weis will have a good impact on Cassel's play this season. The preseason will be key in Cassel's development and confidence as the Chiefs signal-caller this season. 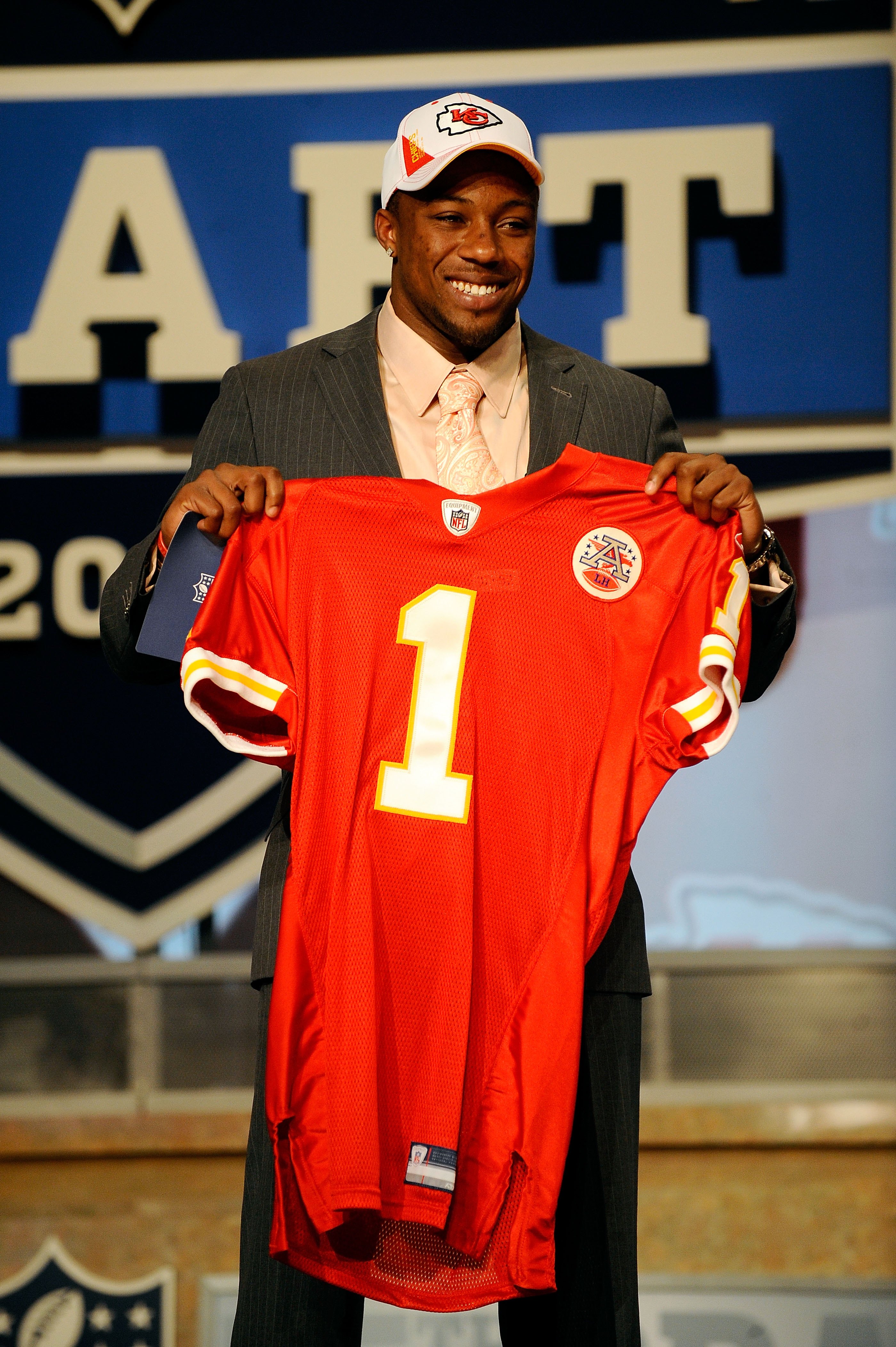 Berry enters the season with as much hype as any rookie in the league, and he better live up to it since he is now the highest paid safety in league history. Chiefs fans are hoping Berry fares better in his first season as a Chief than their prior first round picks, Glenn Dorsey and Tyson Jackson, did for the Chiefs' defense. Berry will be a key member for one of the top young secondaries in the league this season and he will be counted on to have the same impact as other play-making safeties such as Ed Reed and Troy Polamalu.

Berry has the hard hitting and ball hawking skills to be one of the best safeties in the league, but time will tell if he can achieve his full potential for the Chiefs defense. 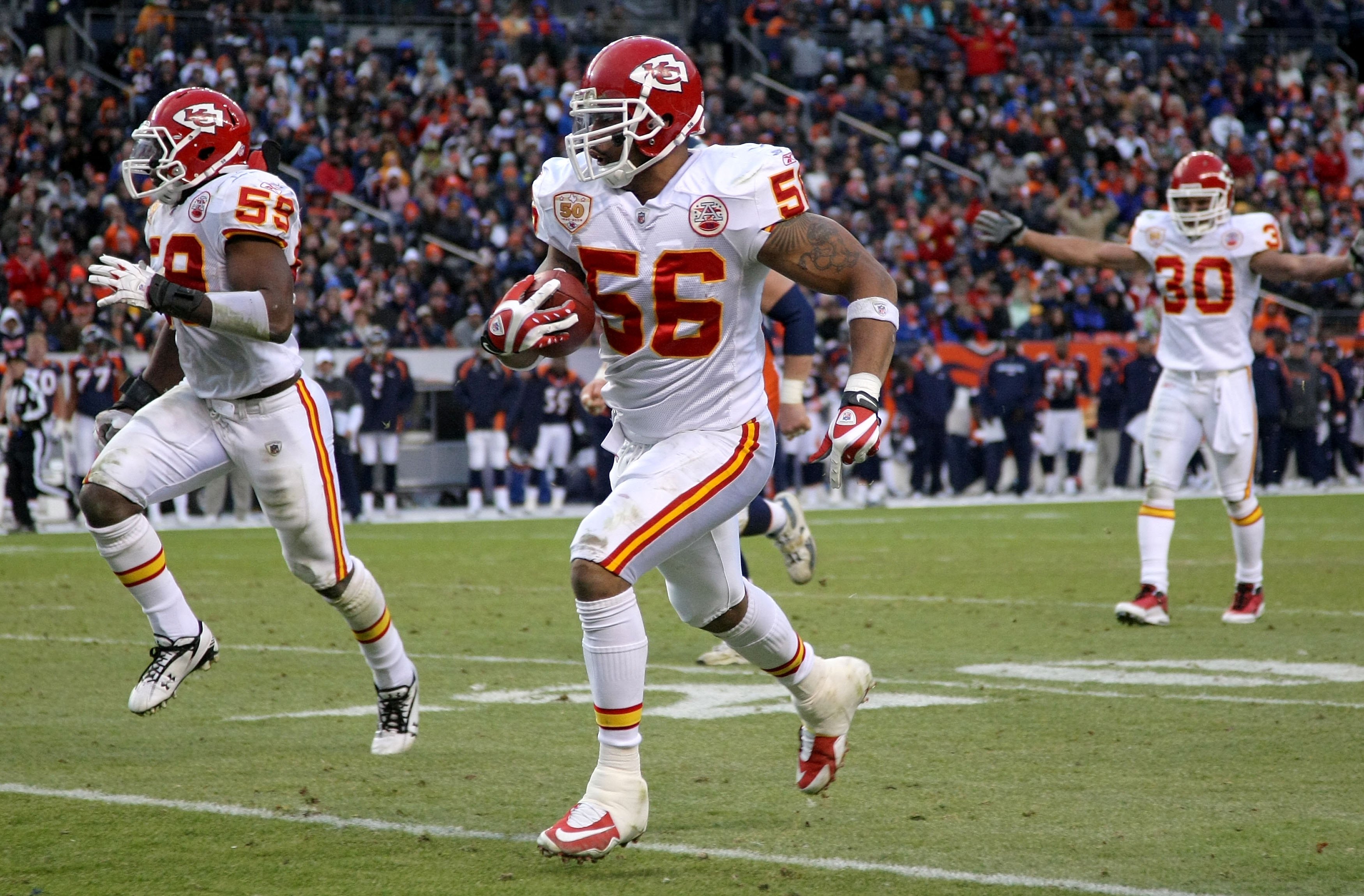 Johnson will look to put the 2009 season behind him as he tries to regain his starting position this season for the Chiefs' defense. Johnson is in a fight with Demorrio Williams for the weak-side inside linebacker position.

Williams was the Chiefs leading tackler last season while Johnson struggled to get out of Todd Haley's doghouse and onto the playing field. Johnson showed his great athleticism last season in week 17 against the Broncos when he picked off two Kyle Orton passes that he returned for touchdowns.

Johnson needs to show that he can be more consistent with his play this season and that he is willing to put the team before himself if he wants to see more of the playing field. 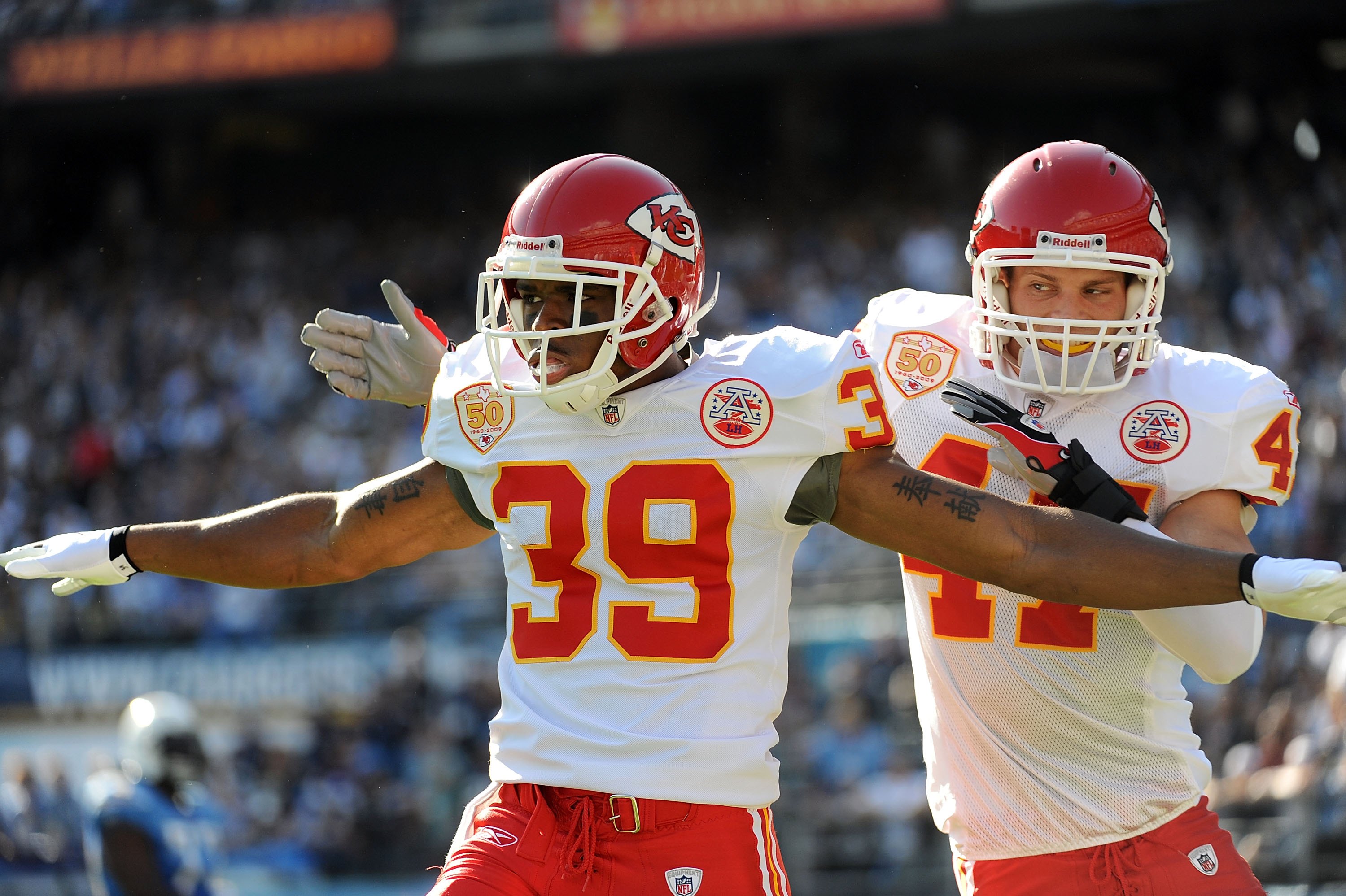 Carr was a solid player last season for the Chiefs as the number two corner on their defense, but he has regressed this season during training camp.

Carr has reportedly been getting beat everyday in practice by Chiefs receivers so he will need to show in the preseason that he still is the right man for the job at the second corner spot. Last season Carr often played off his man 10 to 15 yards down-field, seemingly afraid to get beat deep. It sounds like his worst fears are coming true so far in training camp.

Carr better improve his play soon or another Chiefs corner might take his job. 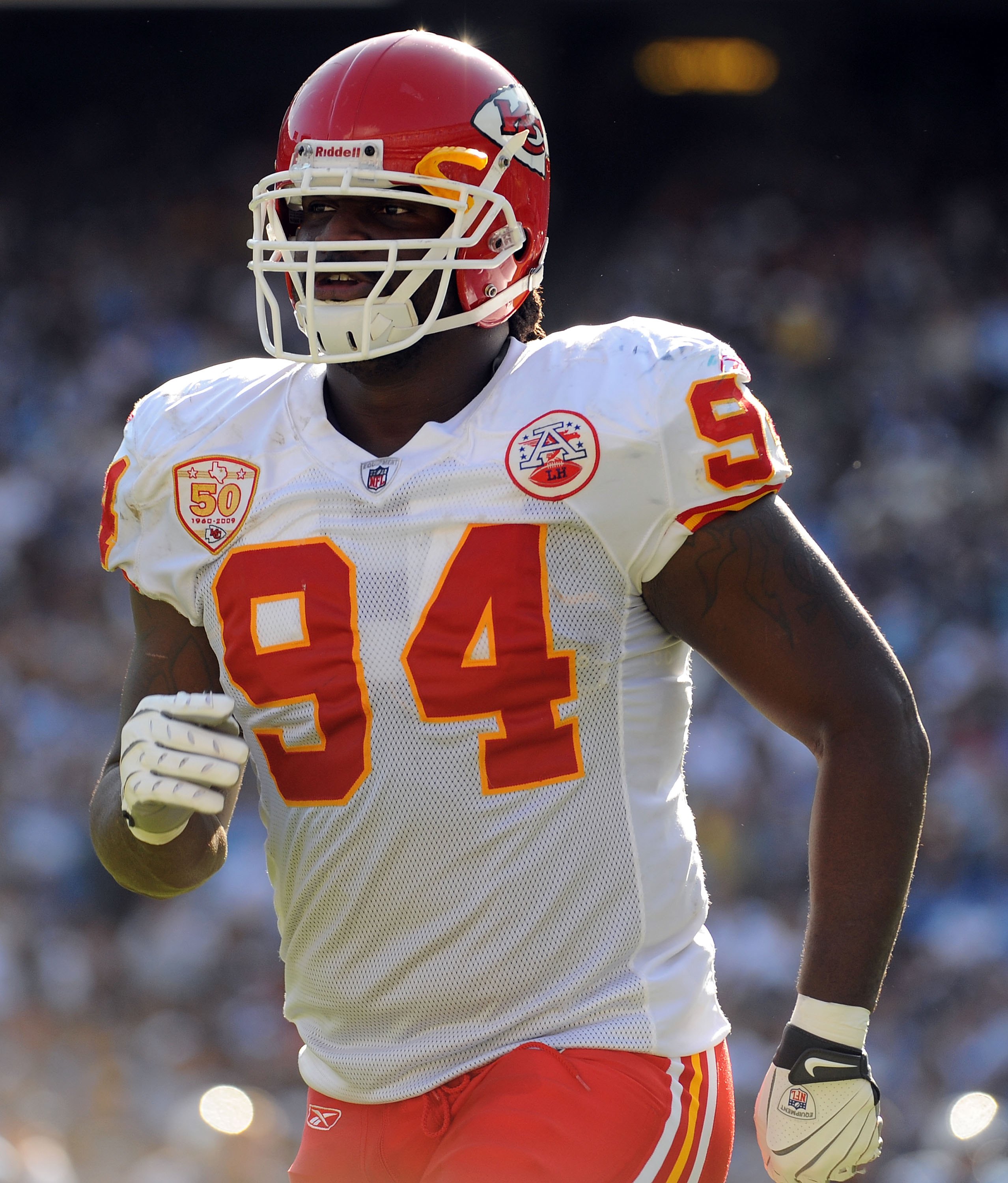 Jackson followed up Glenn Dorsey's disappointing rookie season with his own disappointing rookie year. The Chiefs took Jackson with the number three pick in the 2009 draft, which was much higher than he was projected to go, but the Chiefs felt they had to have Jackson to be their cornerstone defensive end in their new 3-4 defense.

Jackson failed to record a sack during his rookie season but was alright against the run as he had 38 tackles last year. Jackson needs to show improvement during the preseason in many areas, and getting in the backfield more would help ease Chiefs fans feelings about him going into this season. 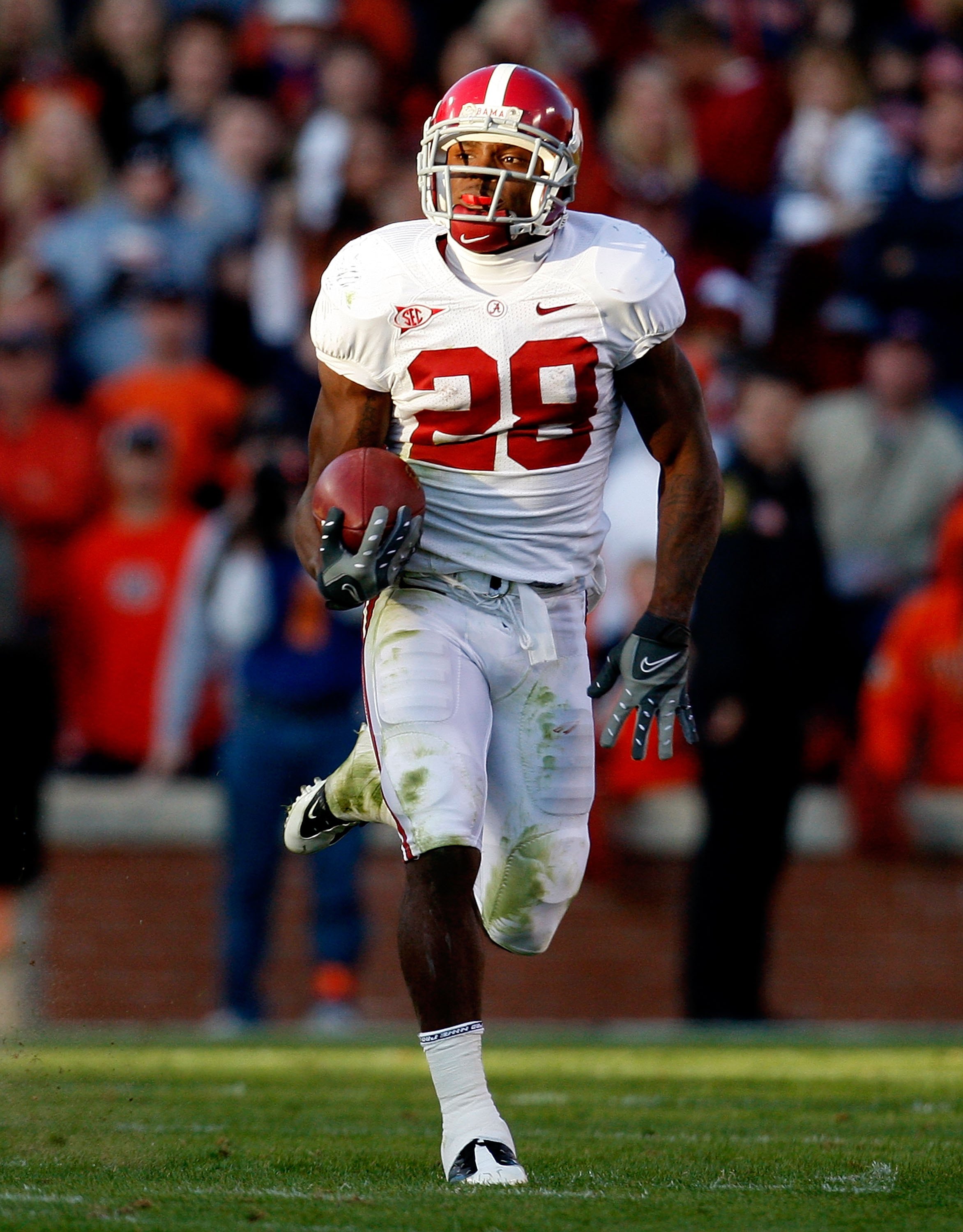 Arenas was drafted in the second round this year to be the Chiefs' kick returner and nickel corner back. Many experts believe the Chiefs drafted Arenas too high because his coverage skills were not worthy of the pick. With Carr struggling at corner, a productive preseason from Arenas would be helpful to the Chiefs defense that needs to step up in order for the Chiefs to be competitive within the division this season.

Chiefs fans are also hoping that Arenas can provide a spark in the return game that has been missing ever since Dante Hall left Kansas City. Much like McCluster, Arenas will be an intriguing player to watch during the preseason because he will be called upon to do many things by the Chiefs this year. 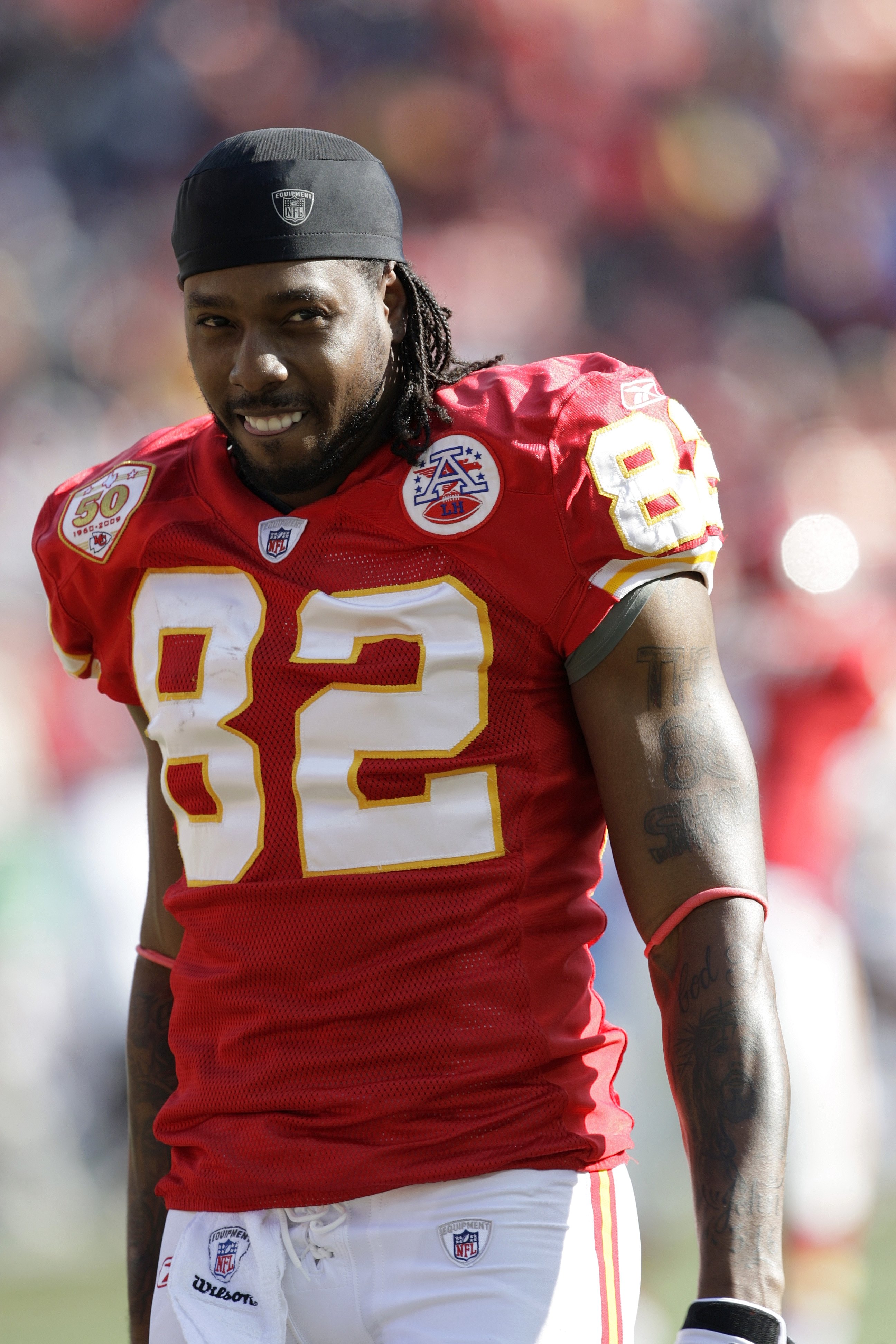 Bowe seemed to be on his way towards elite receiver status in Kansas City following his first two seasons in the league, but last season should be considered a setback in Bowe's career for the Chiefs. Bowe failed to make as many plays last year as his previous two, and frequently dropped passes from Cassel.

Bowe was also a controversial figure in the media during the off-season, which wasn't something Chiefs fans wanted to see. Bowe has reportedly looked solid in training camp and now he needs to show that he is back on track during the preseason.

Bowe has the size and strength to be one of the top receivers in the league but he needs to have the focus as well if he is to be considered one of the best. 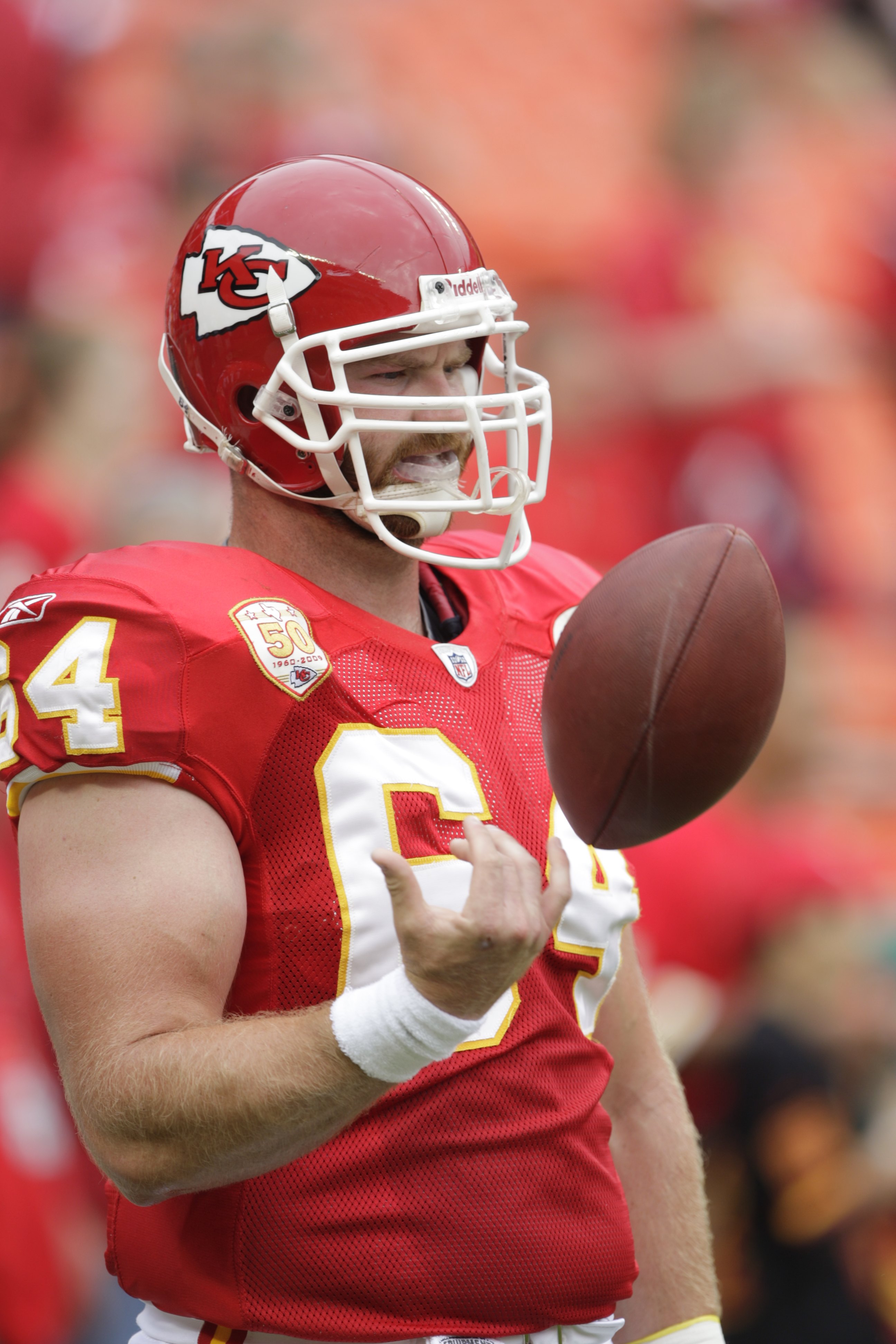 Niswanger is trying to keep his job as the Chiefs' starting center this season, which won't be an easy task now that former Chief Casey Wiegmann has returned to the team through free agency. Wiegmann clearly has the experience advantage and productivity advantage, but Niswanger is younger and the Chiefs hope he can be a productive center in the league for years to come.

If Niswanger wins the job, hopefully it will be because he had to win it, and not because Wiegmann has lost a step. 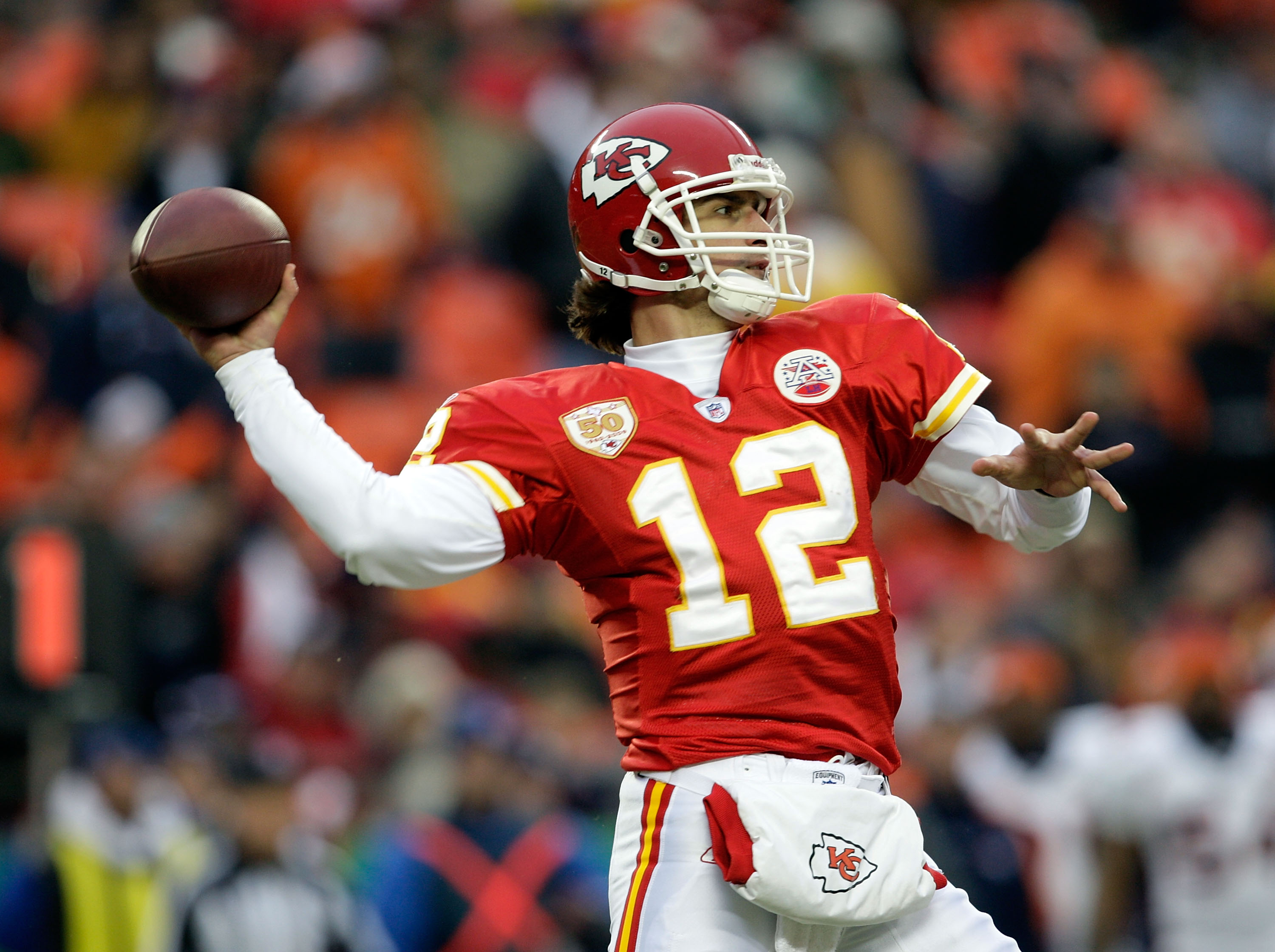 Croyle has showed glimpses of a productive NFL quarterback in the past, but he has never been able to stay on the field long enough to really show what he can do. No Chiefs player has been injured as frequently as Croyle has been over the course of his career. But he is healthy once again and hoping to show the rest of the league what he can do.

Croyle will not be the starter in Week One for the Chiefs but a solid preseason wouldn't hurt Croyle or the Chiefs.