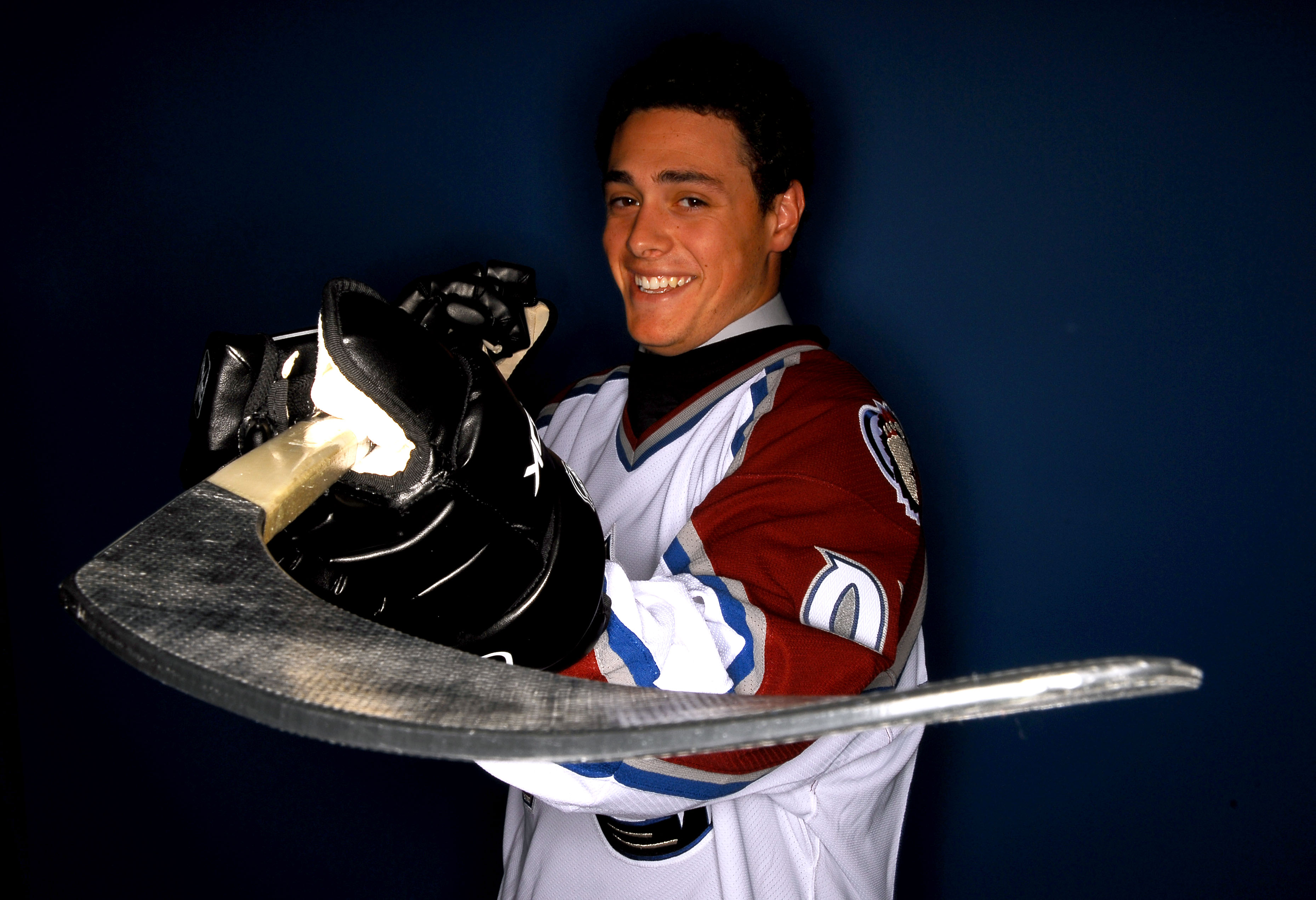 I’m a prospect geek. There, I said it.

With NHL.com doing its annual 30-in-30 team previews and every other media outlet preparing for another glorious hockey season, I always take a look at the young players that could have impact seasons coming into the league.

To make it clear, no one on this list will consist of a player drafted in the 2010 NHL Entry Draft—these are all players that have been drafted within the past few years through the Entry Draft. They have paid their dues in the NCAA, Canadian League, East Coast League, or American League. Some have even had time in the NHL with the big club.

But all of these young guns have what it takes to make a career in the major leagues, and possibly even become—dare I say—stars.

Alan Bass is a writer for The Hockey News and THN.com. In addition to writing for Inside Hockey and Pro Hockey News, he has also worked for the Philadelphia Flyers. He is the General Manager of the Muhlenberg College hockey team as well. You can contact him at BergHockey24@gmail.com.

Possibly the best prospect in the NHL, the St. Louis Blues defenseman was drafted fourth overall in the 2008 NHL Entry Draft. In three years with the Mississauga/Niagra IceDogs of the Ontario League, Pietrangelo played 155 games, posting 134 points and over 170 PIM.

He played 17 games with the Blues over two seasons (2008-09 and 2009-10), posting a goal and three points, but wound up returning to the OHL with the Barrie Colts, posting 29 points in 25 games. He is more than ready, as one scout said to me, “He is always the best player on the ice and simply looks too talented to play in the OHL.” 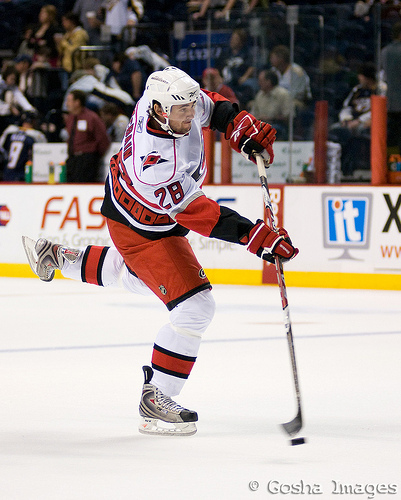 Drafted in the second round (63rd overall) in the 2006 NHL Entry Draft, defenseman Jamie McBain of the Carolina Hurricanes was given his NHL opportunity at the end of the 2009-10 season after the Canes were eliminated from the playoff race.

In 14 games, McBain posted three goals and 10 points and was a plus-six. Granted, there was no pressure and the games didn’t mean anything, but it’s difficult to ignore the impact he had on the team in that final month.

For four Western League teams in five years, Beach posted 273 points, including 134 goals (and a 50-goal season in 2009-10) in 251 games. He also had an astounding 773 PIM in his WHL career. He’s played six career American League games, posting 15 PIM and zero points in the process, but with the Blackhawks’ salary cap issues, there’s no reason he couldn’t be on the fourth line come opening night. 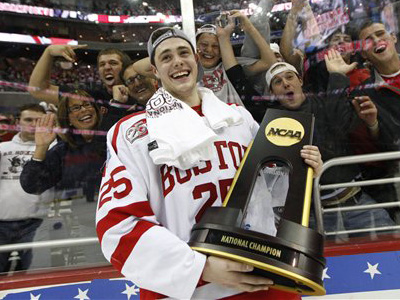 It’s bad enough when some player wants to take over the spotlight by being drafted in the second round (45th overall) in 2007, then posts 78 points in three NCAA seasons at Boston University, one of the top college hockey programs in the country.

But to score the NCAA Championship-winning goal in overtime in 2009? That’s just not fair.

But Cohen, the defenseman drafted by Colorado, spent a few games in the AHL with Lake Erie to end the 2009-10 season, developing and refining his skills in an attempt to make the NHL roster out of training camp this year. And he just might do it. 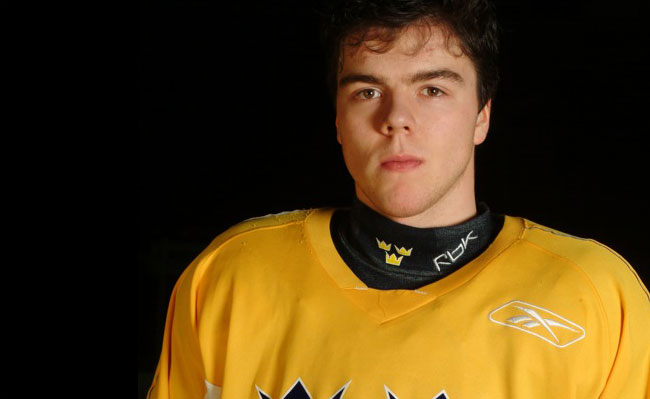 While at the 2009 NHL Scouting Combine in Toronto, one thing I noticed about Svensson (who dropped the “Paajarvi” from his last name to end confusion) was how bulky and solid he was. He looked like an NHL player at age 18—something that even Sidney Crosby and John Tavares couldn’t claim at that tender, young age.

But Svensson, taken 10th overall in the 2009 NHL Entry Draft by the Edmonton Oilers, could be a superstar in the NHL.

In the top men’s league in Sweden (the second-best league in Europe and possibly the third-best in the world), he posted 49 points in three seasons, 46 of which in the past two campaigns. He is a power forward, standing at 6'1", 201 pounds, and can simply bash his way to the front of the net. Just think of what he could do with Taylor Hall, Andrew Cogliano or Sam Gagne playing alongside him. 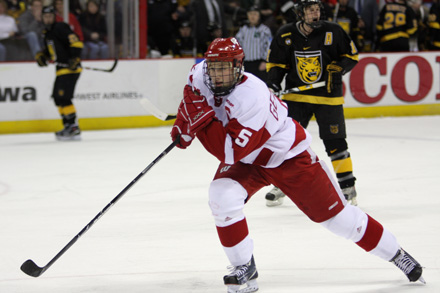 In 2006, Geoffrion was drafted in the second round (56th overall) out of the U.S. National Under-18 Team. The Predators assumed he’d be a great pick, especially with his NHL heritage (his grandfather was Boom-Boom Geofrion, and his grandfather was Howie Morenz). But no one expected him to have a breakout senior year at the University of Wisconsin, winning the Hobey Baker as the country’s best college player and earning a berth in the National Championship game.

Scoring 50 points is a great feat in the NHL, but doing it in 40 games in the NCAA is almost equally impressive. With Nashville’s history of successfully developing young players, he may not get his NHL chance this season. But if he does, expect him to make some noise down in Tennessee.

There’s not much more Hodgson can do to prove he is NHL ready. Drafted 10th overall in the 2008 NHL Entry Draft, the Canucks simply don’t have space for him on an NHL roster that is already capable of making the final four in the playoffs.

But in four years with the Brampton Battalion of the Ontario League, Hodgson has posted 243 points in 197 games. He was even named The Hockey News' top NHL prospect in their annual Future Watch magazine last year.

The 6'0", 188-pound center had injury problems this past season, but with 11 games of AHL playoff experience (posting six points in the process) and a hell of a lot of talent, expect Hodgson to be battling for a roster spot on opening night. 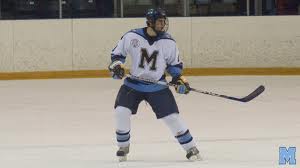 D’Agostino won’t be playing in the NHL this season, barring any miracles or Bobby Orr-like seasons. But the 6'1", 177-pound defenseman may be a diamond in the rough.

The Pittsburgh Penguins drafted him with the second-to-last pick in the 2008 NHL Entry Draft (seventh round, 210th overall). Having developed with the St. Michael’s Buzzers of the Ontario Junior League, D’Agostino posted 33 points in 43 games. In his freshman season with Cornell University, he scored four goals and 18 points in 32 games and played solidly in the defensive zone.

Dagger, as he is affectionately known by teammates, has great hockey sense and is a puck-moving defenseman. He won’t bash an opponent into the boards too often, but he has an active stick and is great at simply poking the puck away and starting a breakout toward the other end. Look for him to have another season or two in the NCAA before joining the American League.