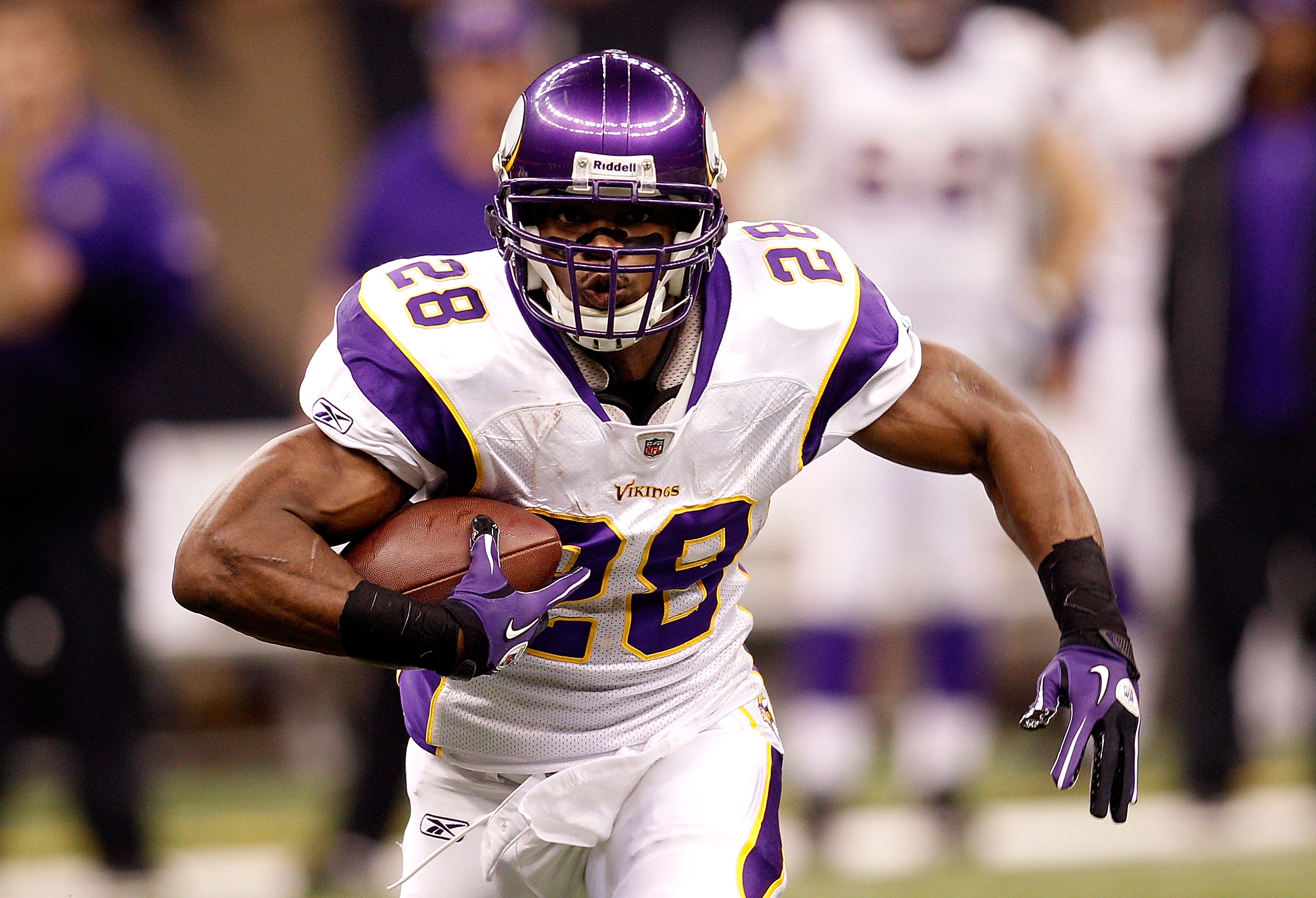 In the National Football League, it takes a lot to be a running back. Opposing defenses get bigger, faster, and stronger each season, resulting in many teams turning to the recently popular, two-back attack. However, some of the running backs in the NFL are alone in their respective backfields, and continue to produce year in and year out.

With the upcoming season quickly approaching, let's take a look at the top 10 running backs in the NFL, complete with highlight videos!

Jamaal Charles exploded onto the scene in the Kansas City Chiefs Week 10 victory over the Oakland Raiders.

Rushing 18 times for 103 yards and a touchdown, Charles earned himself the starting job, and took just seven weeks to reach 1,000 yards.

Charles carried the ball only 190 times, but managed to gain 1,100 yards and scored seven touchdowns in just eight starts.

With the addition of Thomas Jones, Charles will see his touches split, but his speed and agility will ensure that last season was not a fluke.

Since 2005, Miami native Frank Gore has pounded his way through opposing defenses in the NFL, despite playing behind a dismal offensive line in a lackluster offense.

Either way, Gore constantly eclipses 1,200 yards, and has the respect of the league.

Last season Gore rushed 229 times, for 1,120 yards, scoring 10 touchdowns. He added 52 receptions for another 406 yards and three touchdowns, all in just 14 games due to injury.

DeAngelo Williams is part of one of the most potent rushing attacks in the NFL, where he shares carries with Jonathon Stewart. Both backs are capable of being starters on any team in the league.

Williams, a five-year veteran, displays explosiveness and speed that consistently allows him huge yards and multiple trips to the end zone.

Michael Turner is a bruiser who uses a rare combination of strength and speed to beat down on opposing defenses. Turner is expected to return to his regular form in 2010.

In 2009, due to nagging injuries, Turner was limited to appearing in only 11 games. He rushed 178 times for 871 yards, but still managed to find the end zone 10 times.

Last season, Grant rushed 282 times for 1,253 yards and scored 11 touchdowns. With rookie Bryan Bulaga added to the offensive line, look for the Packers to use Grant more often in order to take pressure off of Rodgers, who was sacked 50 times last year, a league-high.

Ray Rice exploded on to the scene in the NFL last season in a crowded Baltimore Ravens backfield including Willis McGahee and Le'Ron McClain.

Rice displayed versatility, speed, and explosiveness in both the run and passing game, catching 78 passes for 702 yards and a touchdown, while carrying the ball 254 times for 1,339 yards and seven touchdowns.

His 5.3 yards per carry is outstanding, and should be a major factor in the Ravens run game this season.

Forced to carry the workload for the Rams, Jackson ran the ball 324 times for 1,416 yards and four touchdowns last year, while catching 51 passes for 322 yards.

In his first season not sharing carries with former Jaguars great, Fred Taylor, the medicine ball, Maurice Jones-Drew bulldozed his way to his first 1,000 yard season in the NFL.

If the Jaguars can keep Jones-Drew fresh, he could be a premier back in the league for a long time.

Chris Johnson had an absolutely amazing 2009 campaign, shredding opposing defenses week in and week out, gaining 100 yards in 12 games, and gaining close to 200 all purpose yards almost every week.

Johnson rushed 358 times for 2,006 yards and 14 touchdowns. Johnson also led the league in rushes gaining more than 20 yards, with 22!

He also added 50 receptions for 508 yards and two more touchdowns.

Adrian Peterson is entering his fourth season in the NFL as one of the most feared weapons in all of the league. The former Sooner runs through defenders and always finds his way onto the SportsCenter Top 10 Plays of the Week.

Last season, Peterson rushed 314 times for 1,383 yards and 18 touchdowns, which led the league. The one knock on Peterson's game is his fumbling. Last season, he coughed up the ball seven times, but has reportedly been working on that issue this offseason.