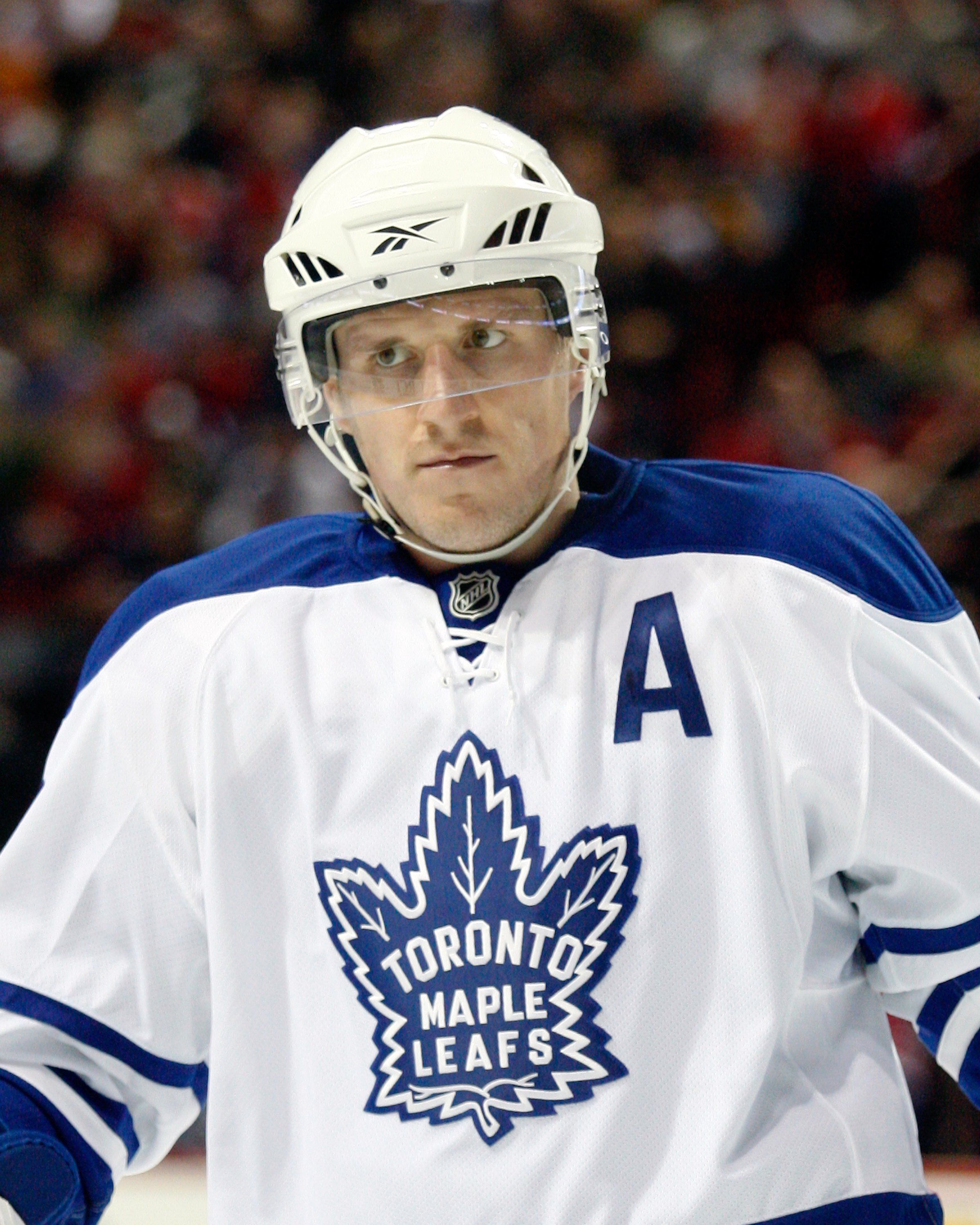 Some players did not perform well last season even though they were expected to do so.  Whether it be because of injury or a really bad slump, some good players are just going to have bad years.

A change of scenery, a new teammate, or just feeling 100% healthy can change the fortunes of those players who slipped up the year before.

The following list of of 10 players who should have rebound seasons in the 2010-11 NHL season. 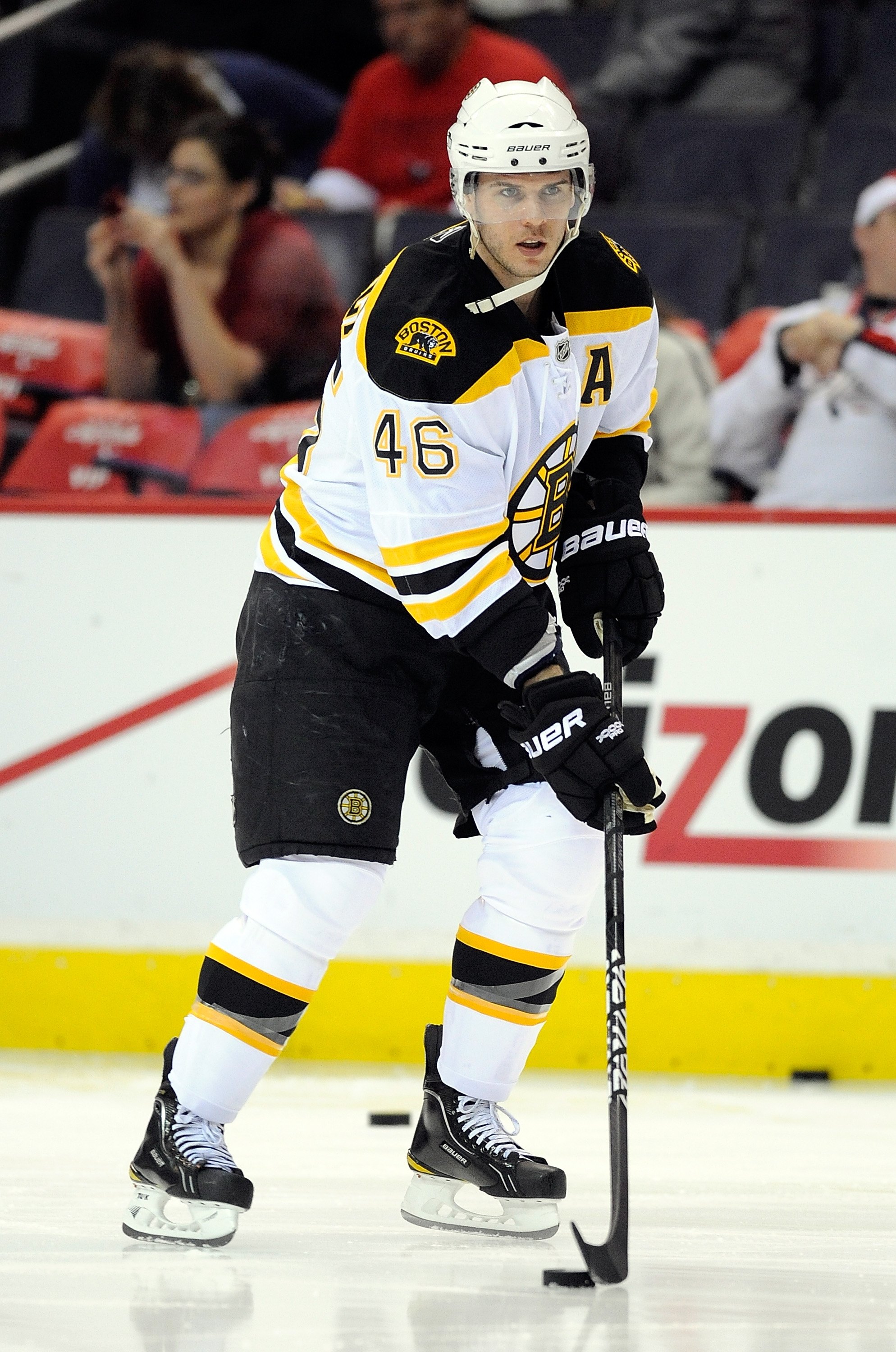 David Krejci had a breakout year in the 2008-09 season for the Boston Bruin, netting 22 goals along with 73 points in his first full season with the Bruins.

During the 2009 offseason, Krejci signed a three year extension with the Bruins worth $11.25 million.

At the beginning of the 2009-10 season, Krejci was diagnosed with the H1N1 virus, which noticeably affected his play.  When he came back, he was put into a larger role with the absence of Marc Savard due to his concussion.  Krejci's numbers dipped as he recorded 17 goals and 52 points in 79 games.

With a fully healthy Krejci, along with the return of Marc Savard (unless he is traded) and the up-and-coming rookie Tyler Seguin, Krejci should return to his prior season's form. 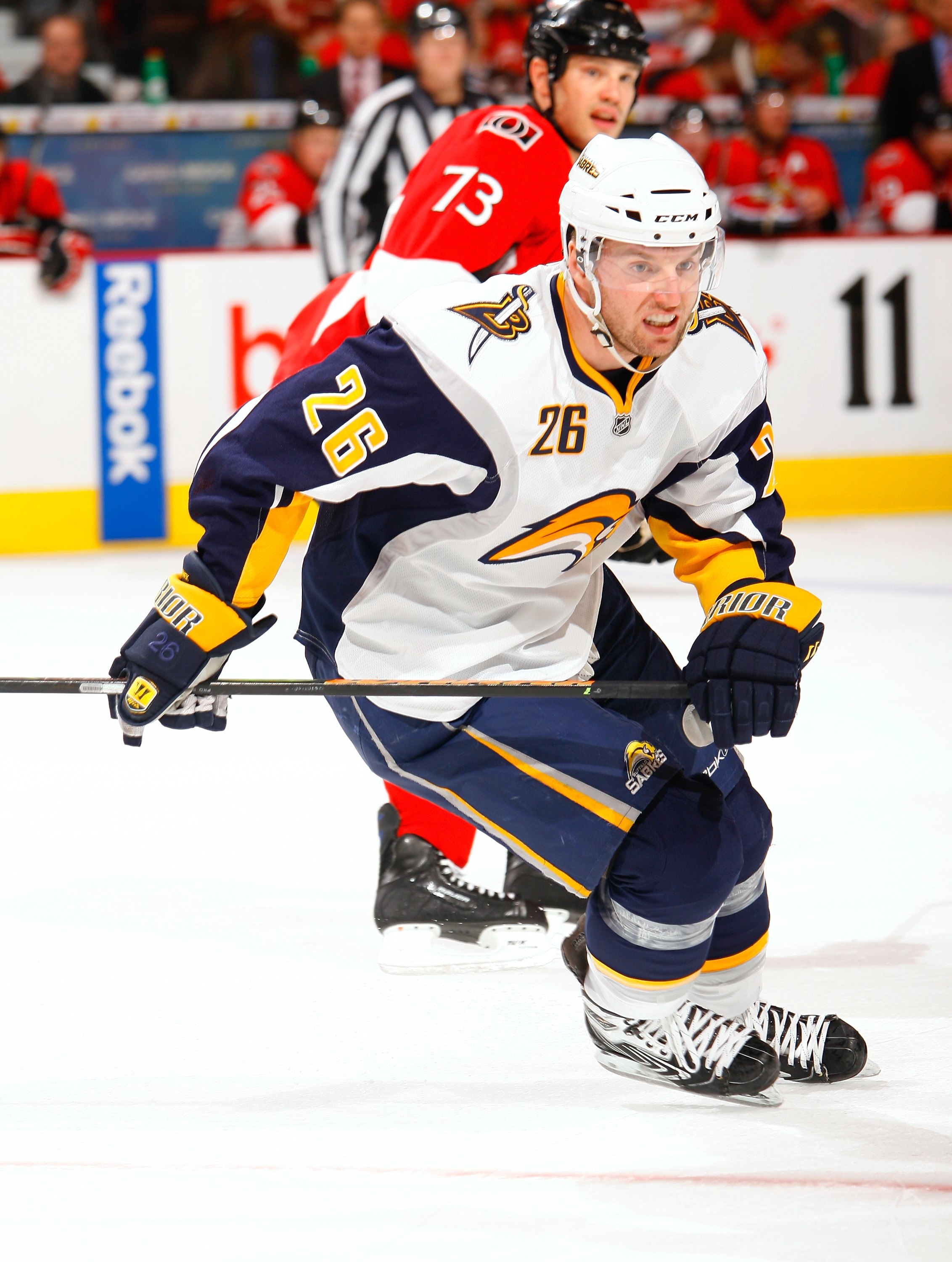 Thomas Vanek's 2009-10 season was injury-filled for the left winger.  He sustained an upper body injury at the beginning of the season, and from there, Vanek struggled with confidence issues and more injuries, that he admittedly played through for parts of the season, affecting his production.

Vanek has flashed plenty of his talent in his career with the Sabres.  He's a two-time forty-goal scorer in the league.  He scored four goals in a game against the Ottawa Senators last year, going on a torrid pace into the playoffs until he took a nasty slash from Johnny Boychuk and tumbled into the boards.  Boychuk slid into Vanek with his skate and cut into the muscles around his ankle.

As long as Vanek stays injury free in the 2010-11 season, there's no reason to believe he can't return to 40-goal scoring form. 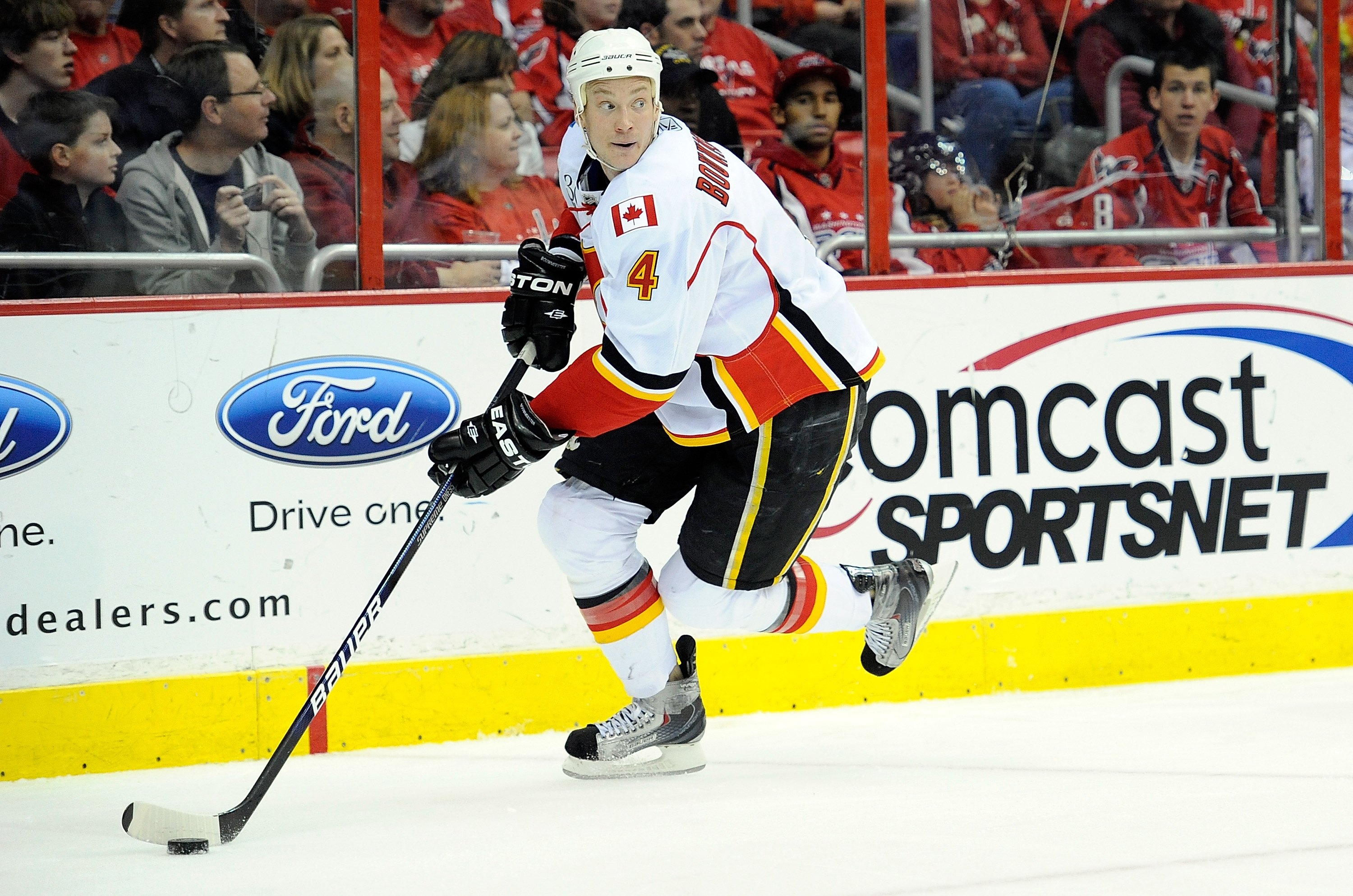 His first season with Calgary was rough, scoring only 3 goals and 29 points, his lowest totals since he had only 2 goals and 20 points back in the 2003-04 season.  This is disappointing, as Bouwmeester consistently scored in the double digits for goals the previous three seasons.

With a season with the Flames under his belt, Jay Bouwmeester should be acclamated enough to his new environment where he'll be able to regain some of the offensive prowess he had with the Florida Panthers. 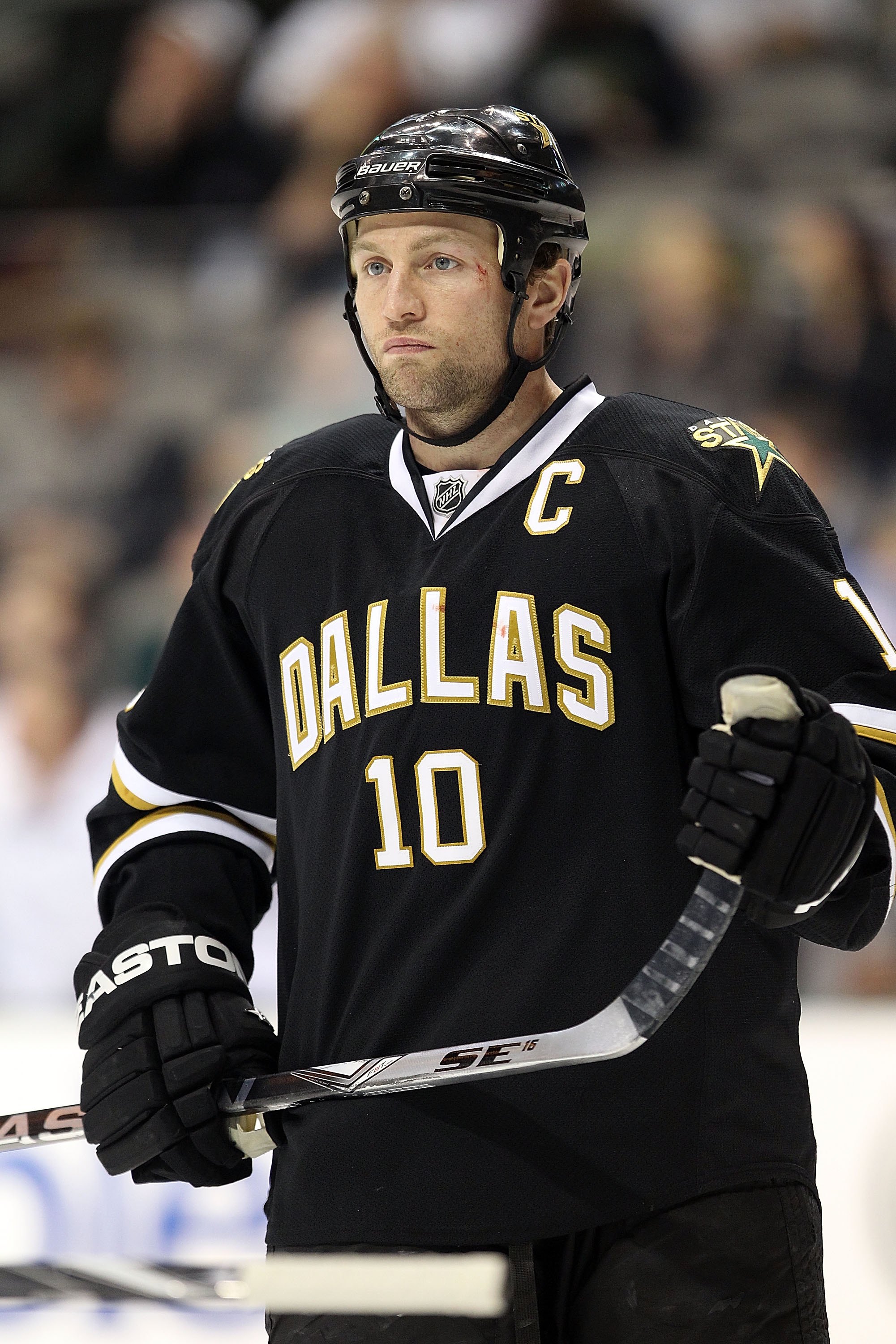 It is possible that Morrow may not have been operating at 100%, as it usually takes a while for an ACL to be completely healthy, even after being cleared to play.

Now that there has been almost two years of healing for the injury, Morrow could have a great season this year. 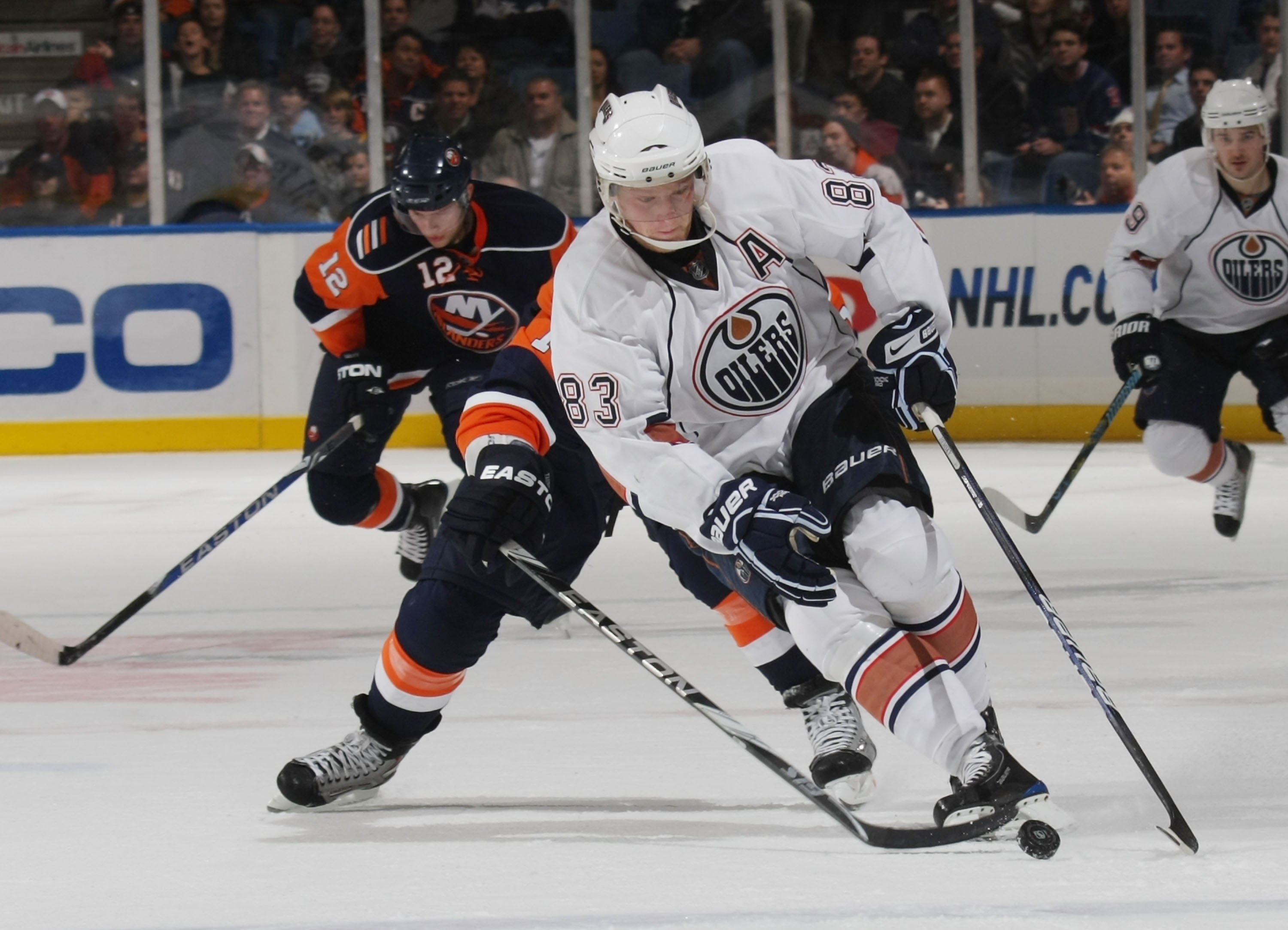 Ales Hemsky's season was cut short in the 2009-10 campaign, as he suffered a shoulder injury after only 22 games.  In those 22 games, Hemsky scored 22 points, putting on a point-per-game pace.

Hemsky's previous seasons were very well, and he is one of Edmonton's top scorers.  If his shoulder is healed, Hemsky should be able to rebound. 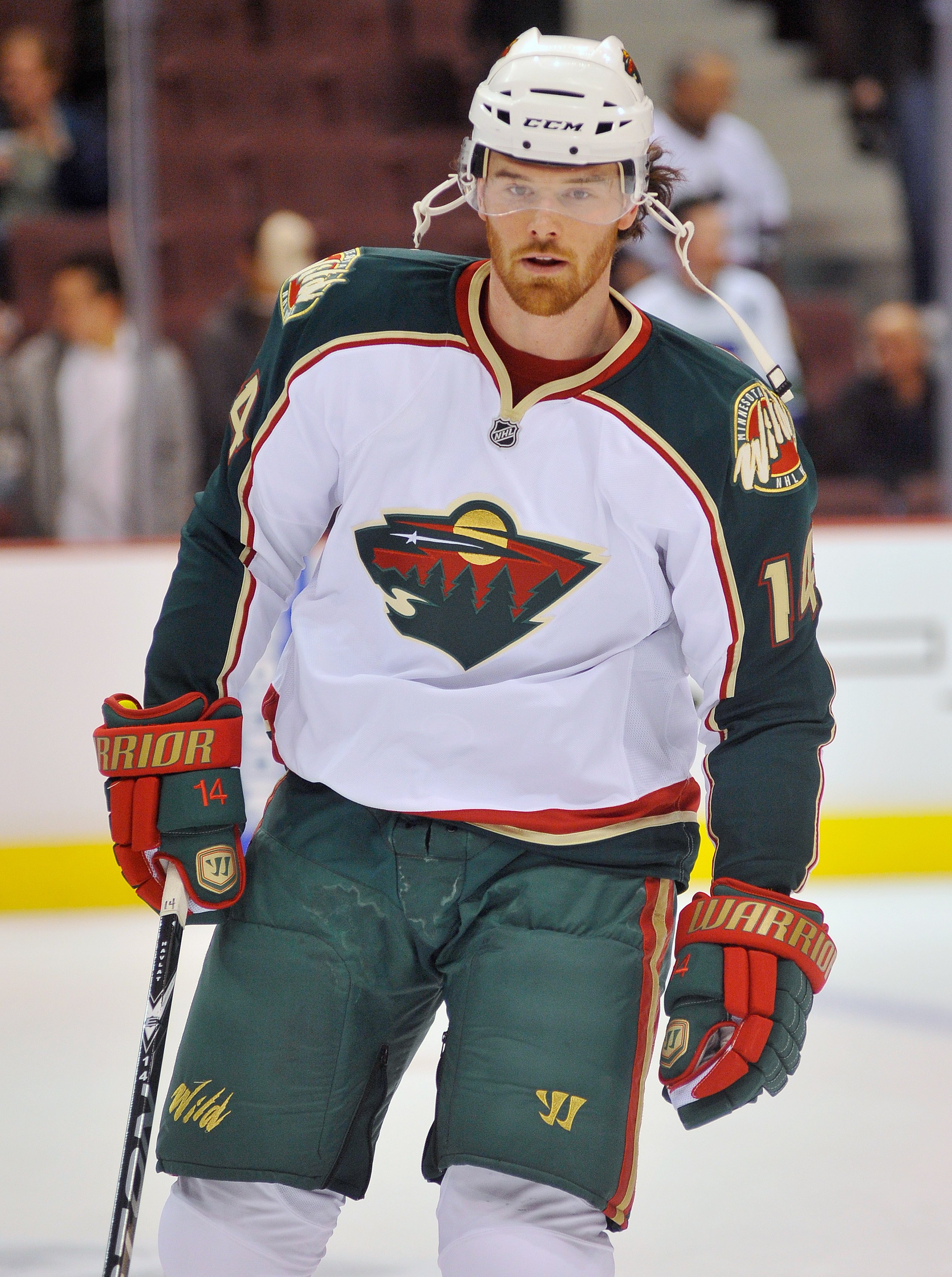 A season after Havlat went on a playoff run with the Chicago Blackhawks, Havlat signed a 6-year deal with the Minnesota Wild.

He didn't fare too well in his first season with the Wild, as he posted only 18 goals and 54 points, which was a far cry from his best statistical season of his career the year before in Chicago.  Havlat had career highs in goals (29), assists (48), and points (77) in the 2008-09 season before Chicago refused to re-sign the forward to more than a one-year deal.

This is possibly due to Havlat's extensive injury history.  The 2008-09 season was the first season in Havlat's career in which he eclipsed the 80 games played mark, playing 81.

Minnesota took that gamble, and Havlat played through most of the season, playing 73 games.

Havlat should develop some chemistry with his teammates and carry it into a better season in 2010-11. 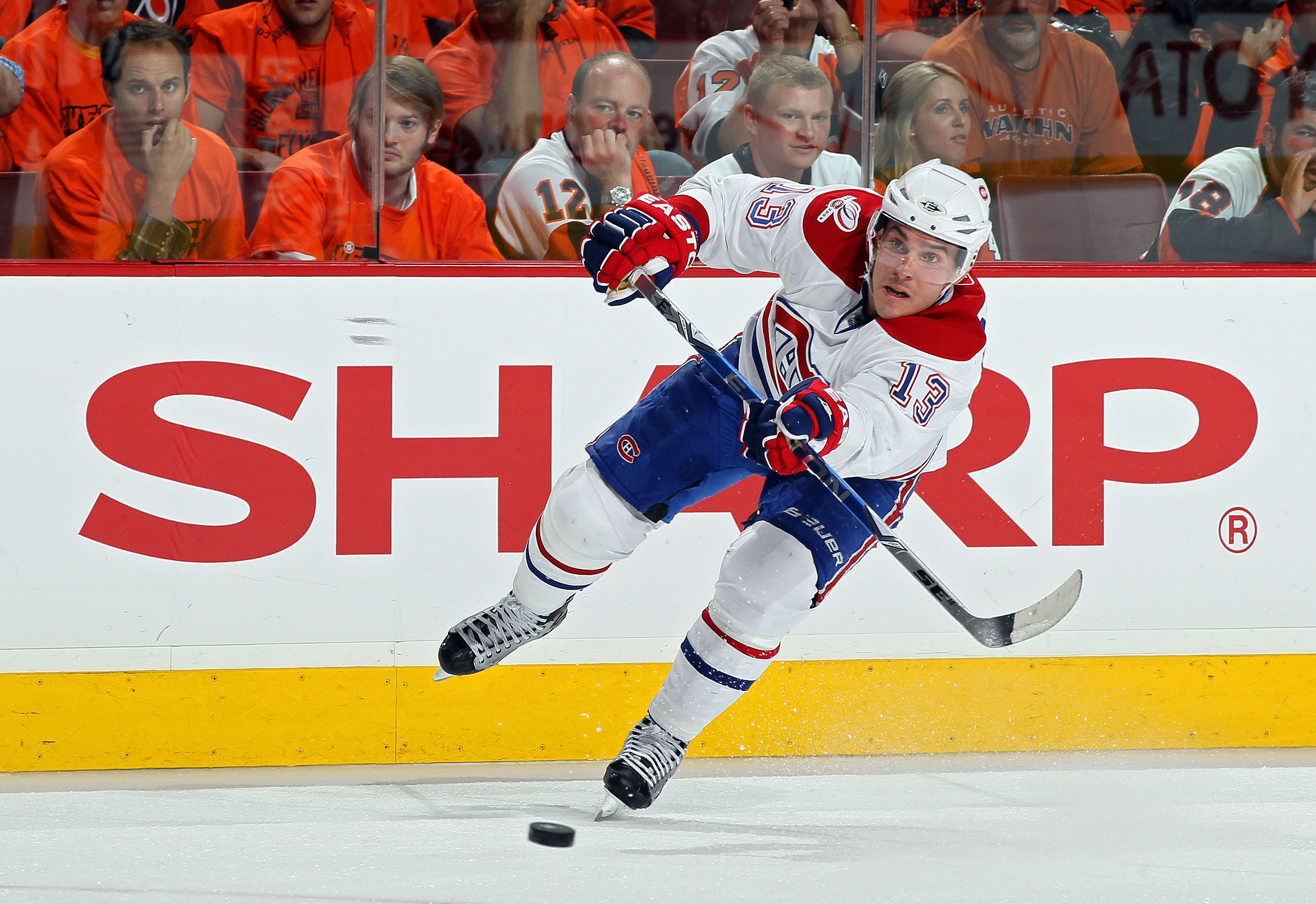 Michael Cammaleri's first season with the Canadiens wasn't all too great, scoring only 26 goals and 24 assists.  Cammaleri was able to grab 82 points the year before in Calgary in 81 games with the Flames.

Cammalleri had a terrific playoffs for the Canadiens, as he led the team in goals (13) and points (19).

This is reason enough to believe that Cammalleri should return to the over point-per-game player he was with the Flames.  If anything, Cammalleri showed that he can score the big goals when the Canadiens need him to. 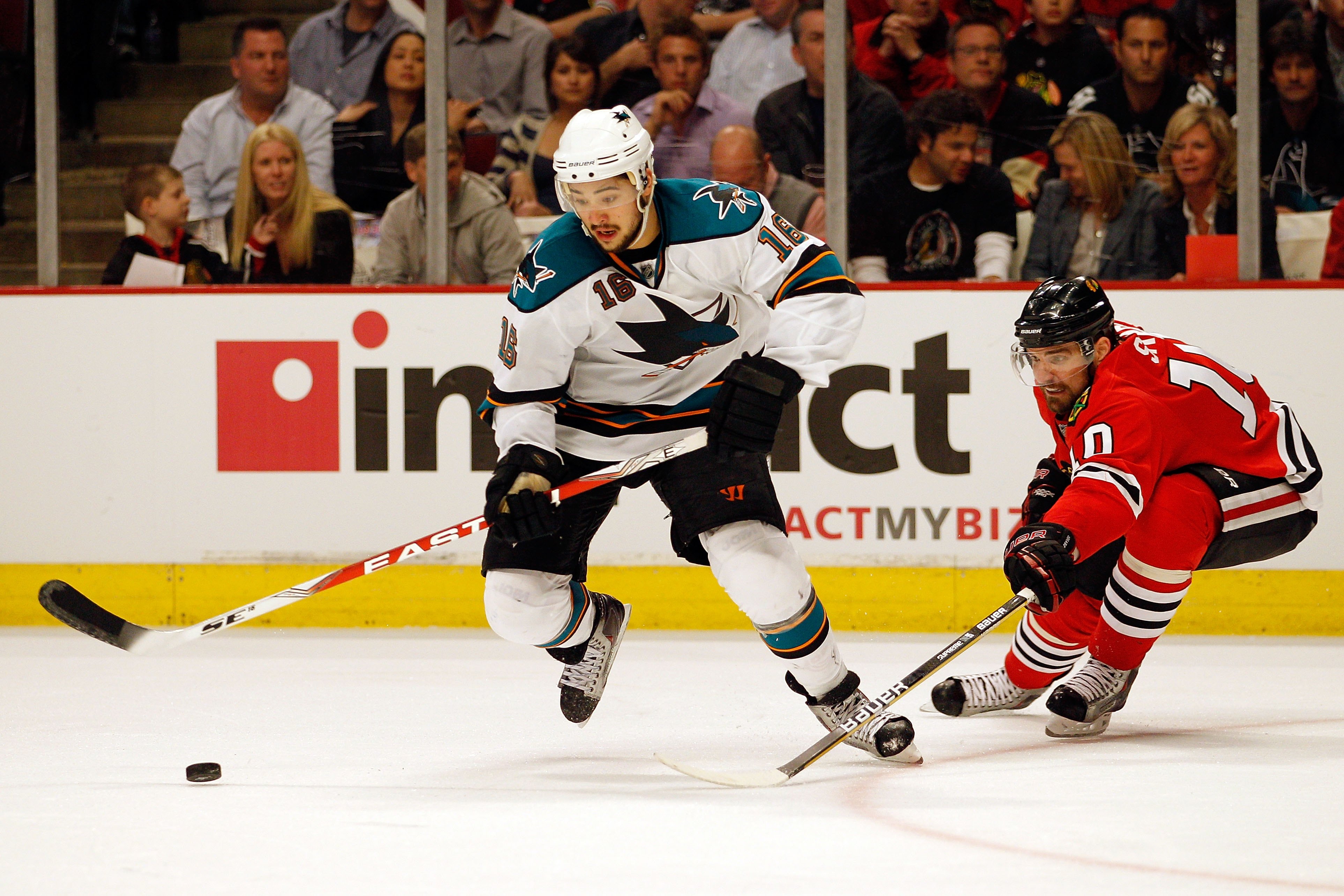 Devin Setoguchi's 2009-10 season saw about a 30 point dip from his previous season's statistics, as the forward scored only 20 goals and 36 points for the Sharks.  This could be because he was separated from his linemates from the previous season, Joe Thornton and Patrick Marleau.

Setoguchi's numbers could increase in 2010-11, as he will most likely play with recent clutch player Joe Pavelski. 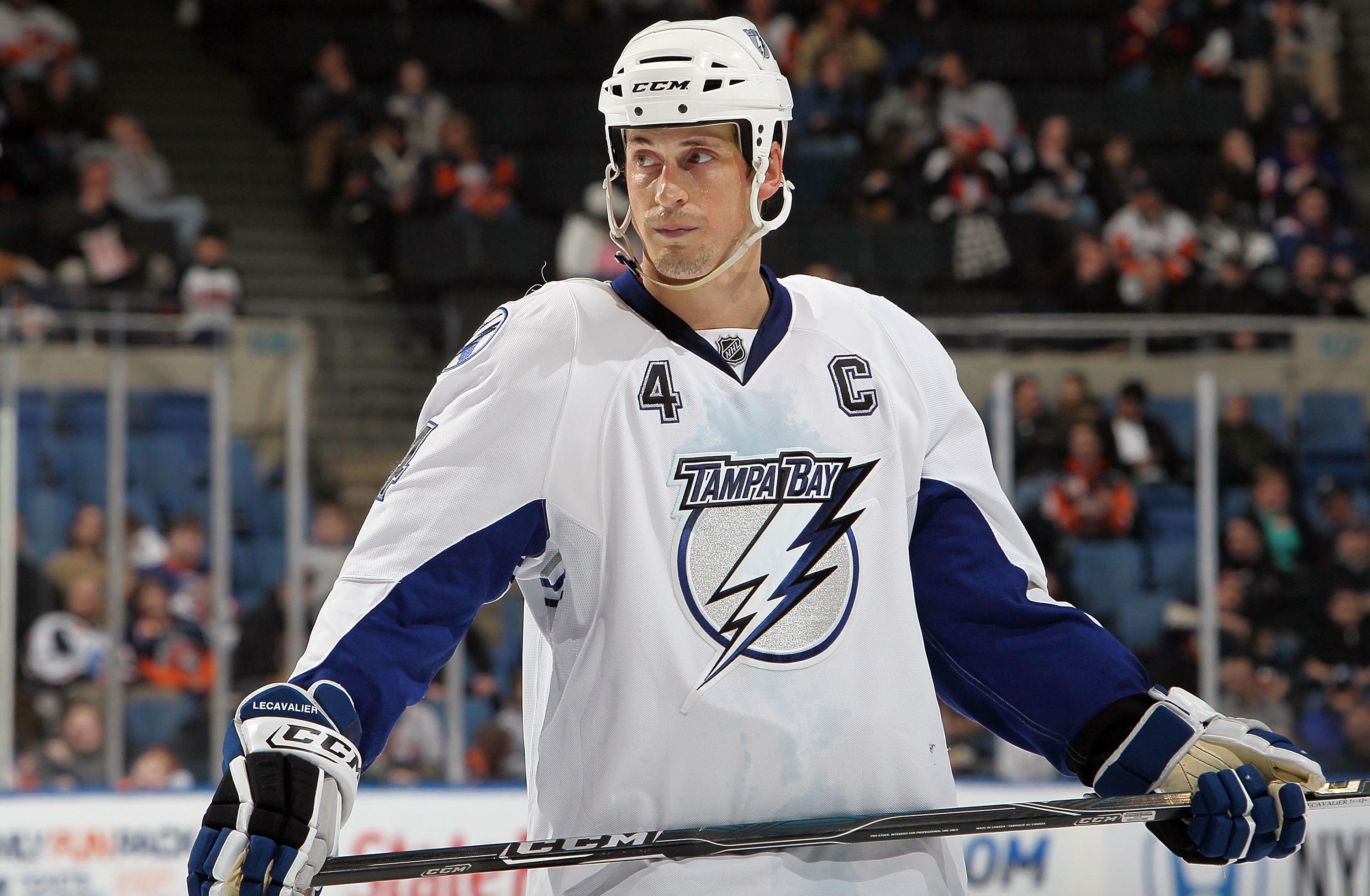 The captain of the Tampa Bay Lightning has lost some of his spunk scored 108 points back in the 2006-07 season.  His production has dropped in each of his seasons after that until last season, when he increased his point output from the season before by three points. \

Can LeCavalier return to form in the 2010-11 season?  With teams more than likely focusing on recent 50-goal scorer Steven Stamkos, Lecavalier may have more of a chance to take advantage of the lighter defense on his part, and therefore increasing next season's output. 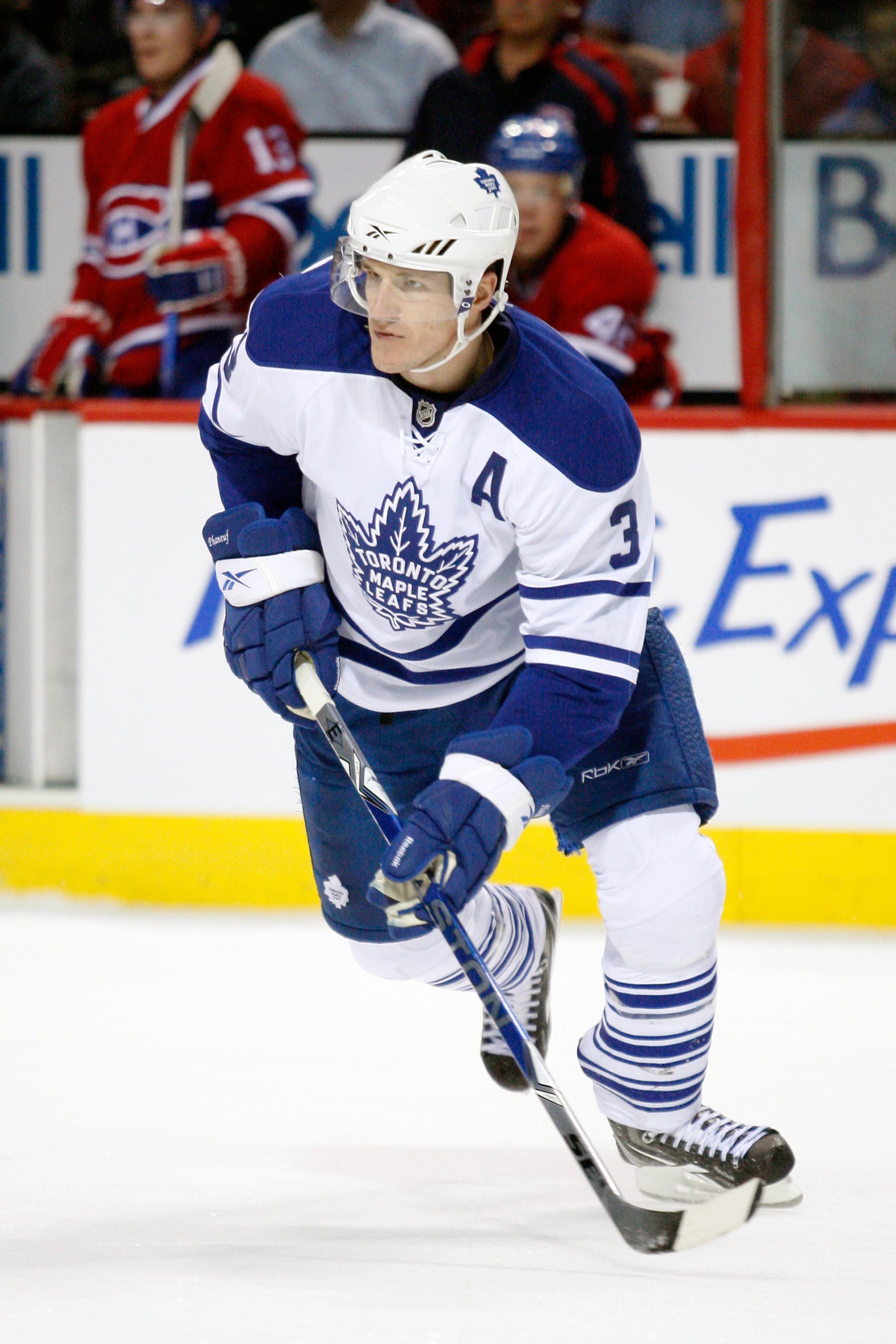 Phaneuf's production has decreased ever since the season after he signed a contract extension with the Calgary Flames for six years.  Phaneuf's play was aggravating enough to the Flames so much that they traded their star defenseman to the Toronto Maple Leafs in the middle of last season.

Phaneuf posted only 32 points in 2009-10, his worst statistical output in the NHL.

A one-time 60-point scorer, Phaneuf could be in for a good year with the Leafs.  Phaneuf was recently named captain of Toronto, which could motivate him to play better for his new team.