After suffering an injury that most thought would keep him out a few days put Shane Victorino on the DL, the Phillies' top prospect, Domonic Brown, made his presence felt immediately.

In his first major league at-bat, Brown nearly went deep with a man on base. Instead, he knocked one off the right center field wall, legging out a double and plating Jayson Werth. Later in the inning, a Wilson Valdez groundout allowed Brown to cross home plate for his first career run.

Brown later showed that he can also run the bases and isn't just a power bat as he scored from first on a Carlos Ruiz double in the sixth inning.

Overall, Brown went two for three, with two runs and two RBIs. Brown batted sixth in the lineup and played right field, while Werth was kicked over to center in Victorino's absence.

But as exciting as it was for everyone to finally see what Brown could do in the majors, the news on Victorino has to take some of the wind of the sail.

"I'll say about two weeks, but it may be at least three weeks (before Victorino returns to the lineup)," manager Charlie Manuel said.

Victorino was placed on the 15-day DL, so it's possible he returns once his stint is up, but no one sounds too optimistic -- including Victorino.

With Victorino gone, and Jimmy Rollins currently riding the bench with a foot bruise, the Phillies are short on contact-hitting base-runners. So unless Rollins is able to return soon, Brown's play could be overshadowed by the fact the lineup is now dominated by power-hitting lefties.

But, for now, the Phils are riding a seven-game win streak and look as good as they have all season long. Whether or not they can overcome the constant stream of injuries to their All-Star players and overtake the Braves has yet to be seen, but it's now safe to say they're out of their slump.

However, as we've seen with this team, they can fall back in at any time.

Dominguez Is ‘Chomping at the Bit’ for 2020 Season 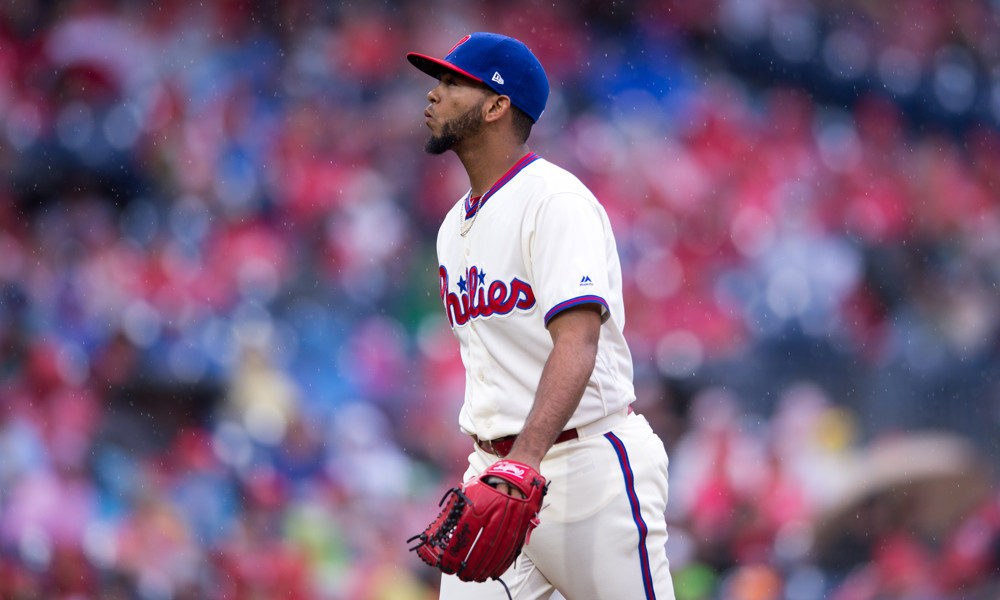 Dominguez Is ‘Chomping at the Bit’ for 2020 Season

Counting down the 7 worst scandals in MLB history