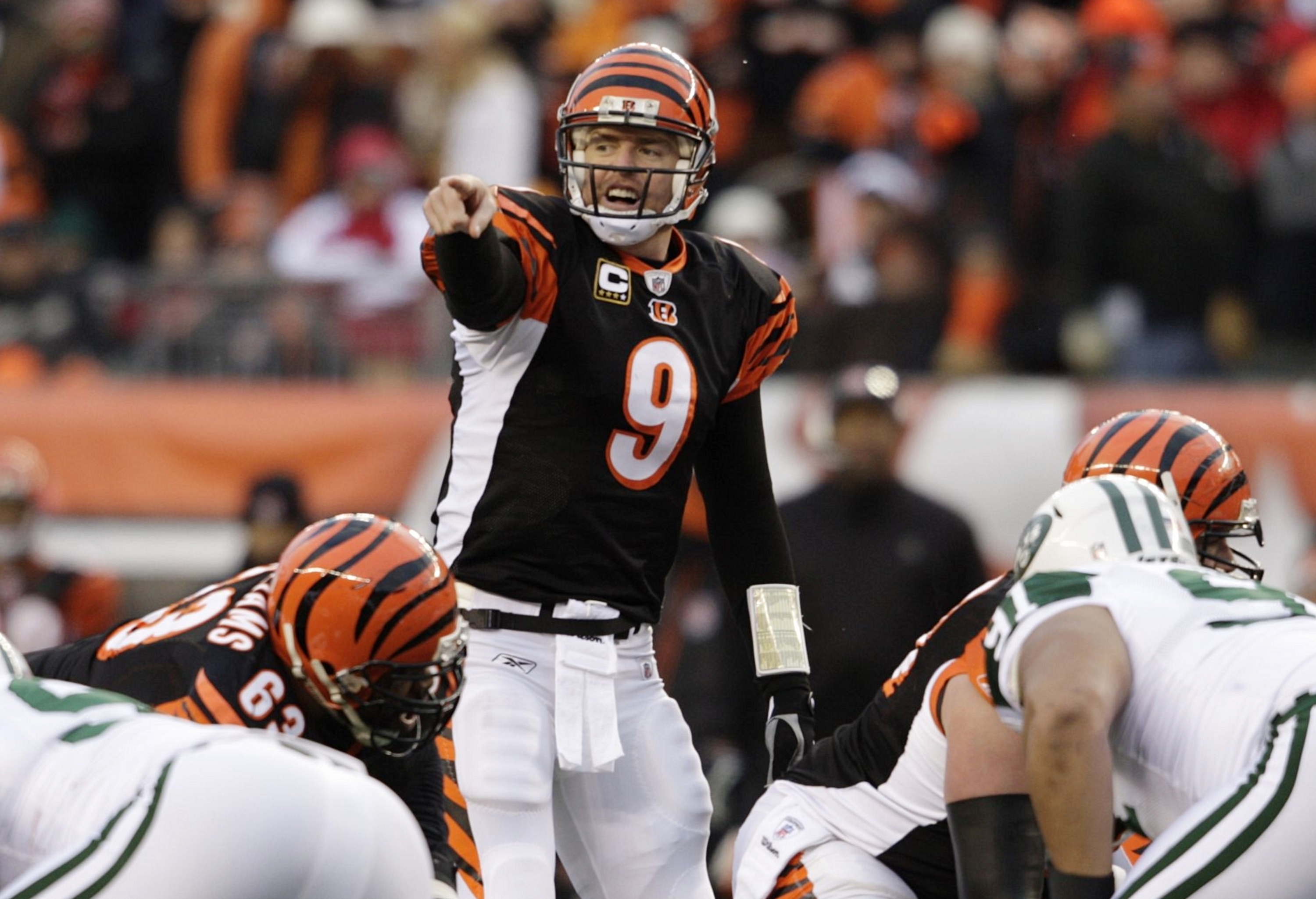 The Cincinnati Bengals have been a role model of inconsistency as they have failed to post back-to-back winning seasons since the 1981 and 1982 seasons.

However, coming off a strong 10-6 campaign in which they swept their division 6-0, are they set to change history?

Biggest Question Heading Into Next Season 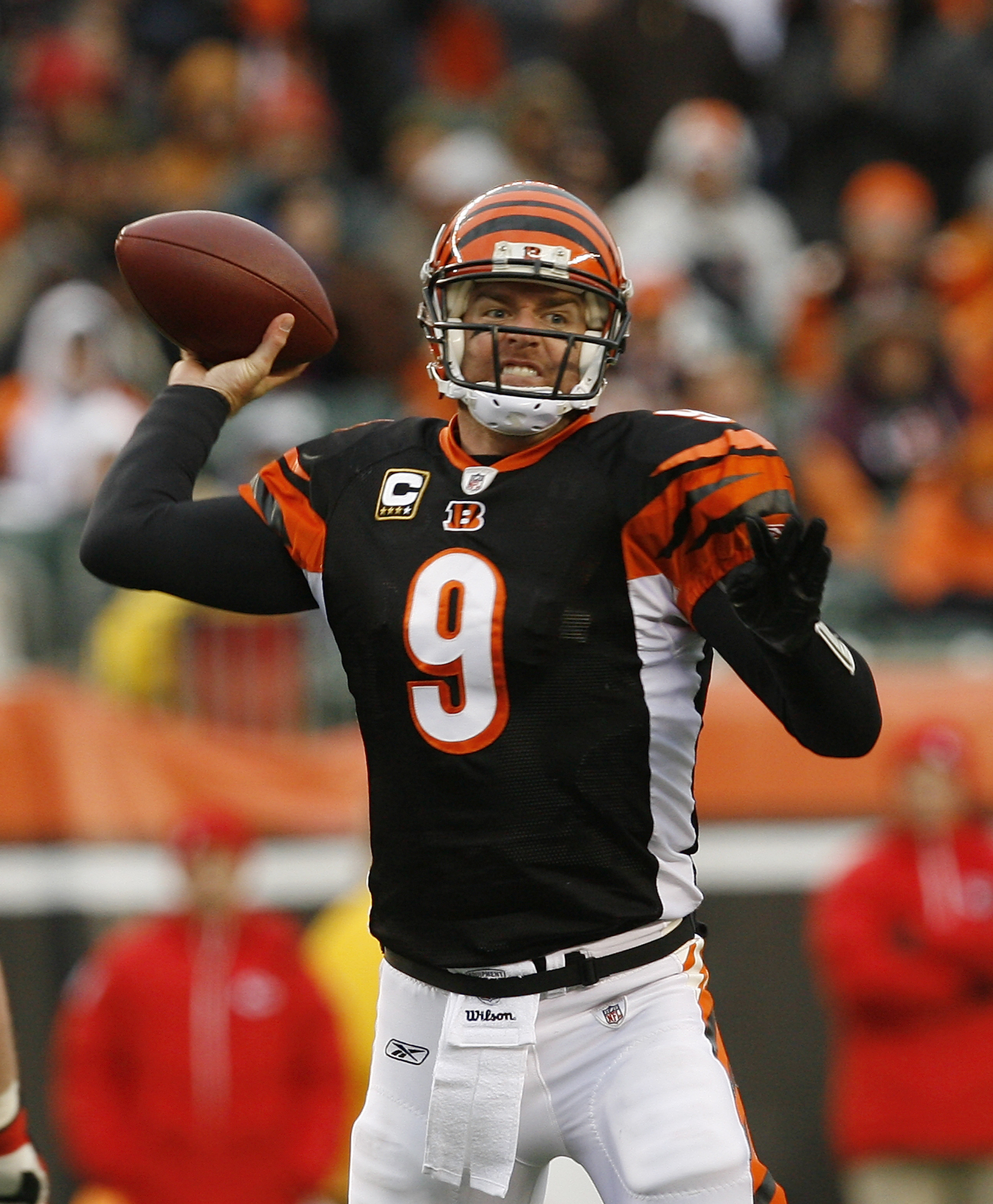 In my mind, whether or not quarterback Carson Palmer can elevate his gamel or not will determine their ultmate success.

What many don't realize is that the Bengals were surprisingly 26th in overall passing offense last season. In a pass-dominated league, they will definitely have to improve that.

Moreover, with a possibility of a Cedric Benson suspension, Palmer may have to take this team by the reigns and carry a majority of the load.

That said, he will also need to have a little luck on his side and avoid getting injured, given his overall health concerns. 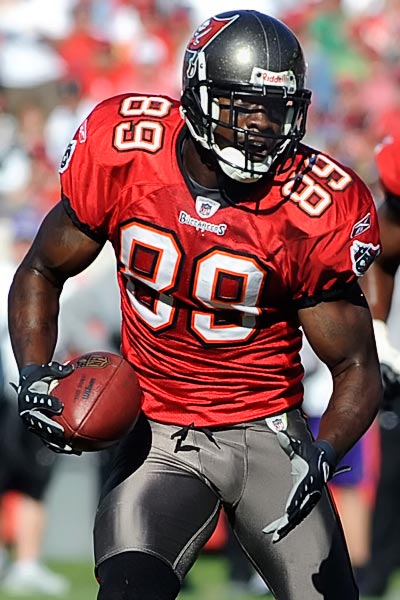 WR Antonio Bryant
The Bengals felt the need to acquire a quality No. 2 target opposite Chad Ochocinco, and I believe they did so with Bryant. Of course, there is a bit of a concern as he has never performed well after signing a contract.

WR Matt Jones
Despite some off the field issues, the Bengals decided to give the former 1st round pick another chance. He will be a great red-zone target as he stands tall at 6'6".

CB Pacman Jones
Jones may have poor character, but there's no denying his talent. Even though he's not playing at the same caliber as he did in his first couple of years in the league, he still has the ability to be a solid contributor.

FS Gibril Wilson
Wilson, while not a great cover safety, is a very solid tackler and should make some plays for this team. 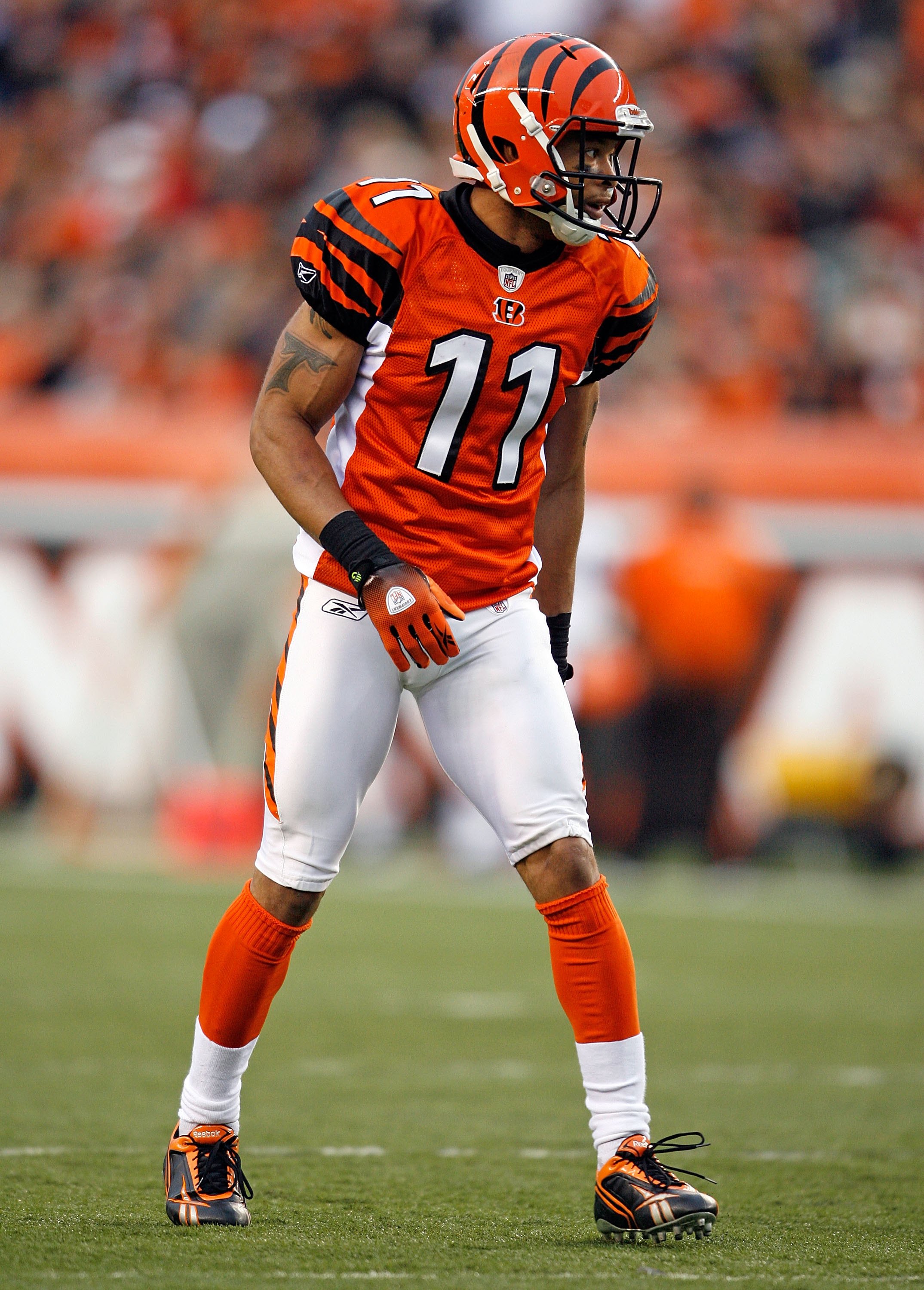 WR Laveraneus Coles
Coles played well last season at wideout. However, he didn't even come close to matching his stats from years past, which is why the team chose to let him go.

RB Larry Johnson
Johnson did a decent job as the team's No. 2 back last season. However, they decided to part ways, which should allow Bernard Scott to get some added carries.

K Shayne Graham
Even though Graham nailed 82.1% of his field goals last year, he failed to produce when it mattered the most which is why they cut ties with him. With their current kicker situation, his absence will definitely be felt. 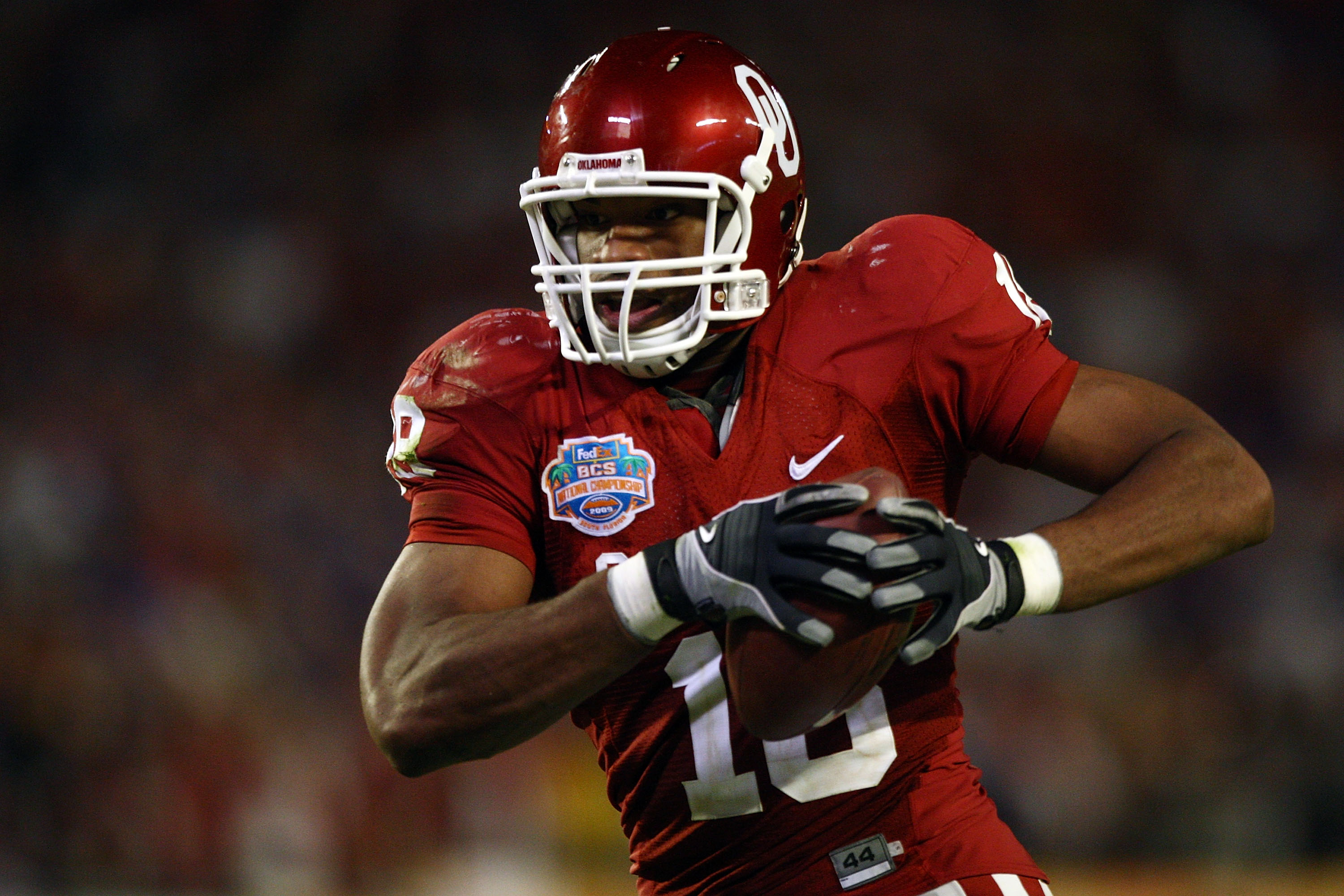 The Bengals had a solid draft, getting, both, value and filling their voids with their selections. Like the last few years, they gambled on a few players such as Gresham and Dunlap. 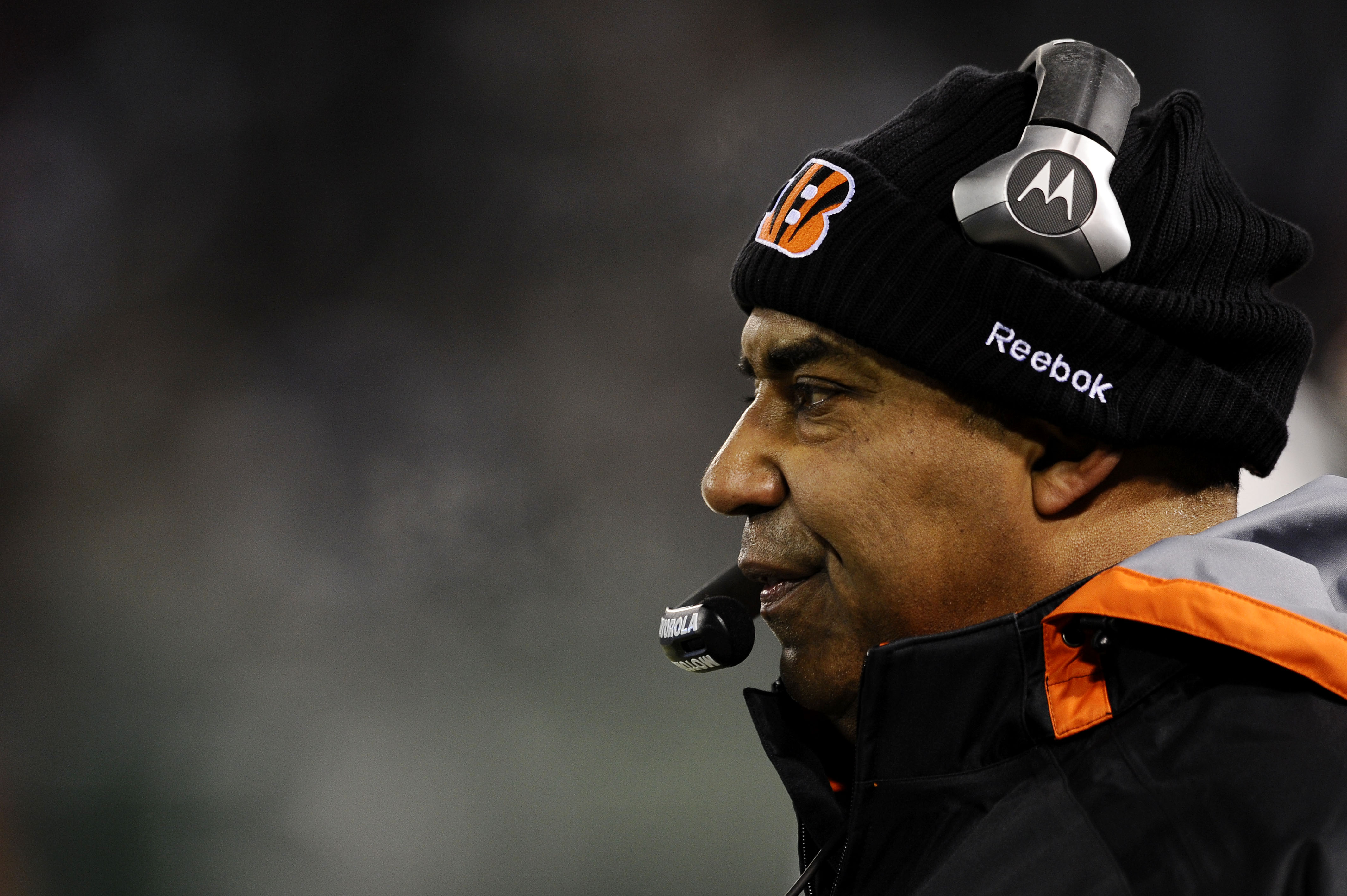 Marvin Lewis is heading into his eighth season as the team's Head Coach. Due to inconsistencies, he's been on the hot seat several times. Luckily for him, It appears as if he's secured his job...for now. He will be expected to build upon last year's success.

Bob Bratowski is entering his tenth season as the team's offensive coordinator. He's done an excellent job during that span, as the Bengals once had one of the most prolific offenses in the league. His recent work with their rushing attack has been very impressive.

Mike Zimmer will be entering his third season as the team's defensive coordinator. He did a great job last year turning the unit around and will have to continue that. 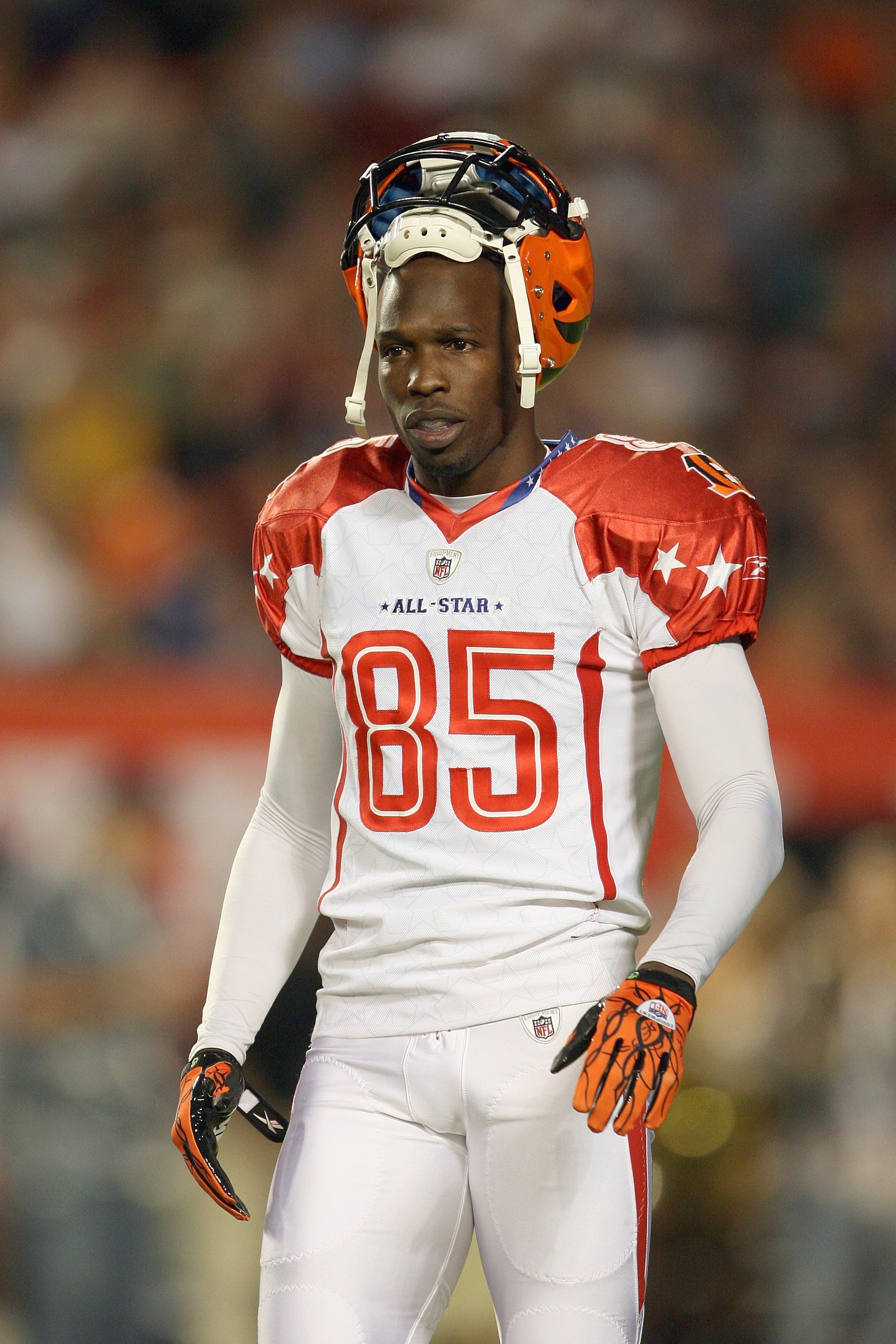 Carson Palmer will have several new weapons to add to his arsenal for the upcoming season. This should help him improve and ultimately regain their once-dominant aerial attack.

Of course, Cedric Benson will remain the team's catalyst as the offense is expected to rely on their ground game and hope it will be as effective as it was last year.

The offensive line did a nice job last season. If Andre Smith can develop into a top-tier tackle, then the unit will could be considered one of the best in the league. 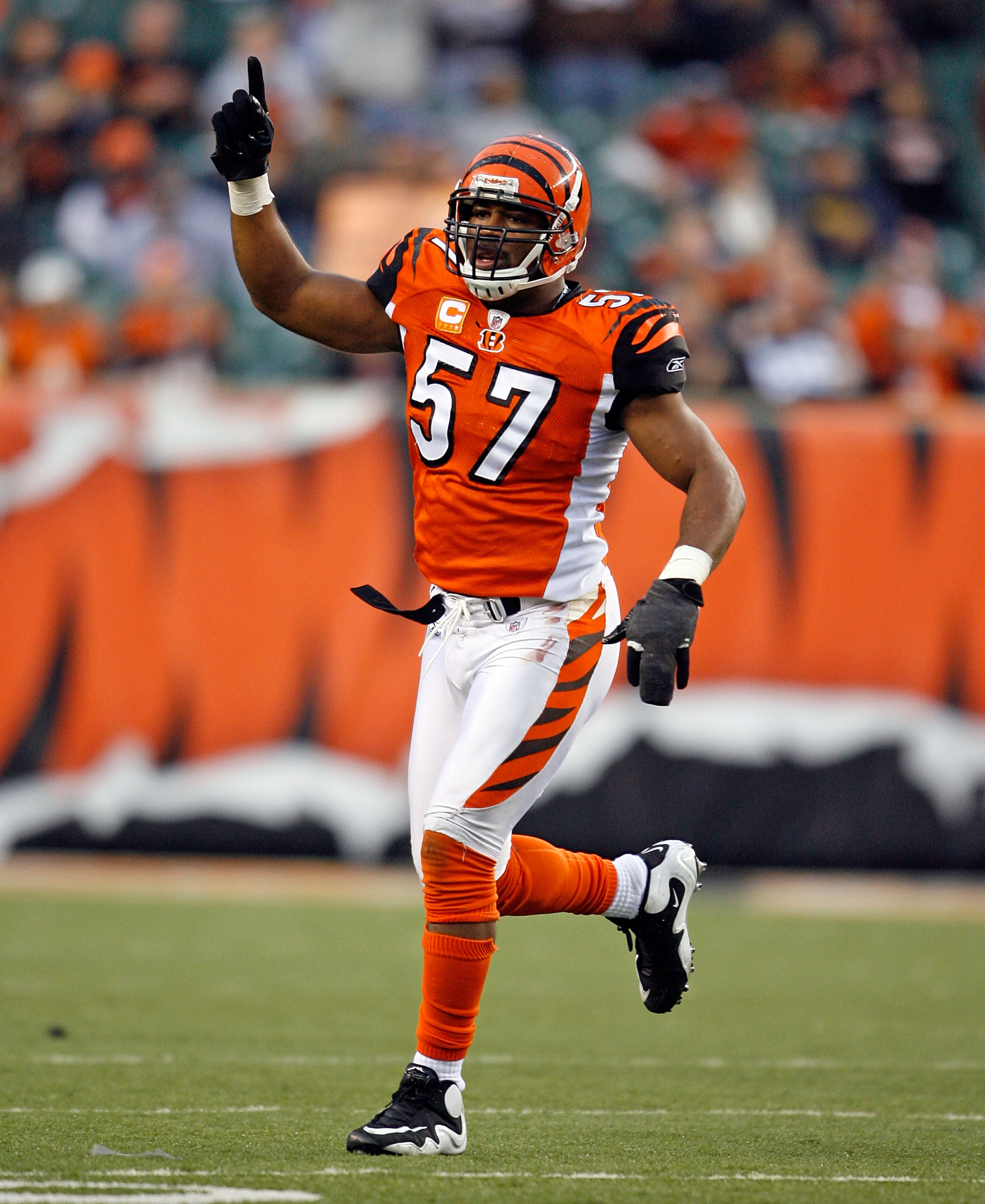 The linebacking core, lead by Dhani Jones, did a fantastic job last season. Rey Maualuga and Keith Rivers look like two very promising players for the future as well.

One of the Bengals' greatest strengths lies in their secondary. In my mind, they have two of the most underrated cornerbacks in the league in Leon Hall and Jonathon Joseph. While Chris Cocker is a solid free safety, they do need an upgrade at strong safety.

Their Achilles heel, however, was the fact that they lacked a single dominant pass rusher. In general, their entire defensive line, aside from Domato Peko and Antawn Odom, will have to improve. 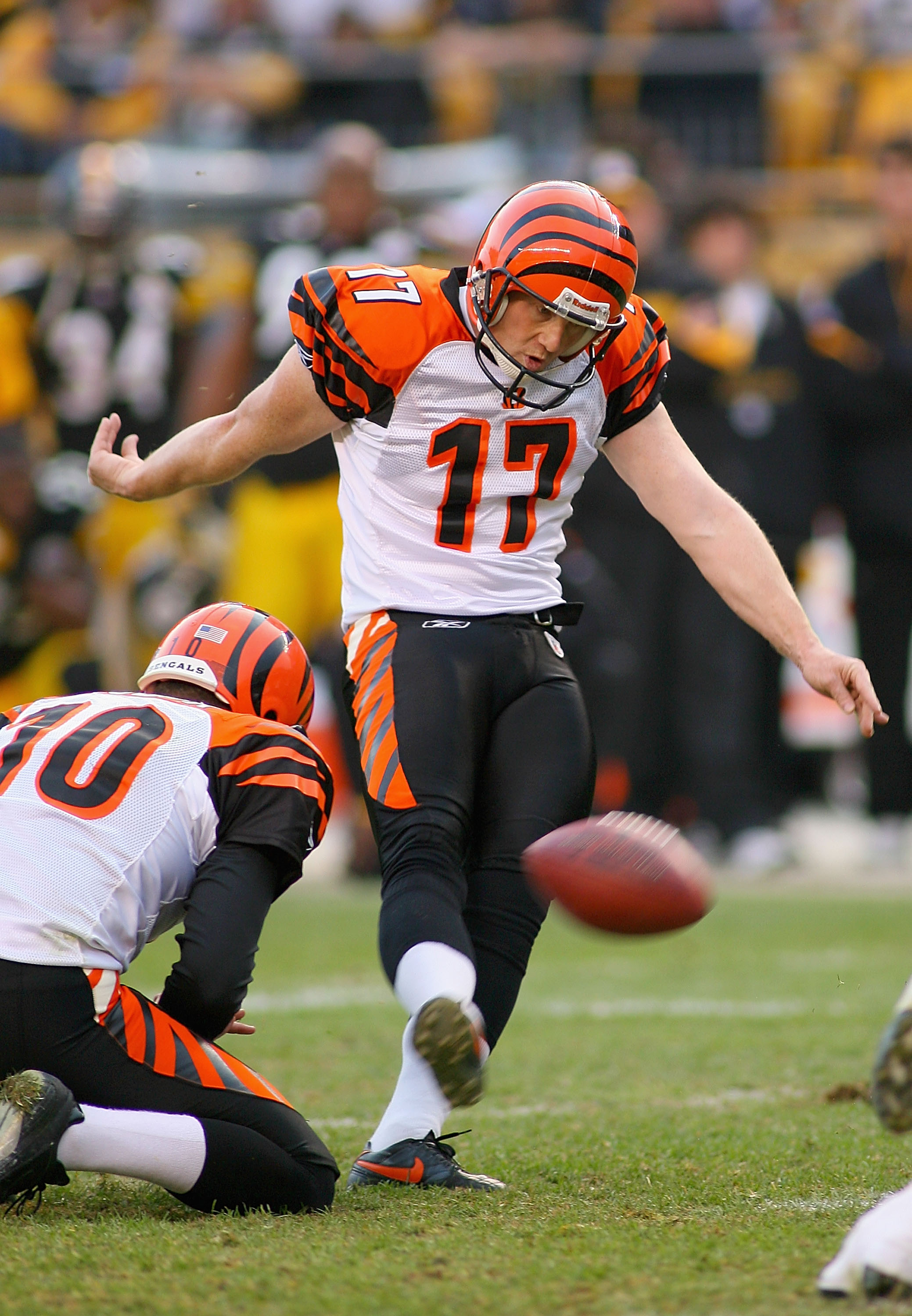 Despite only having one return TD, they were still a strong group. Bernard Scott did a nice job returning kickoffs with a 31.5 average while Quan Cosby had 11.9 yards per punt return. In terms of coverage, the unit didn't allow a single TD.

Meanwhile, their kicking situation is rather mediocre.

Kevin Huber will remain the team's punter, while both, Mike Nugent and Dave Rayner will compete for the starting kicker duties. 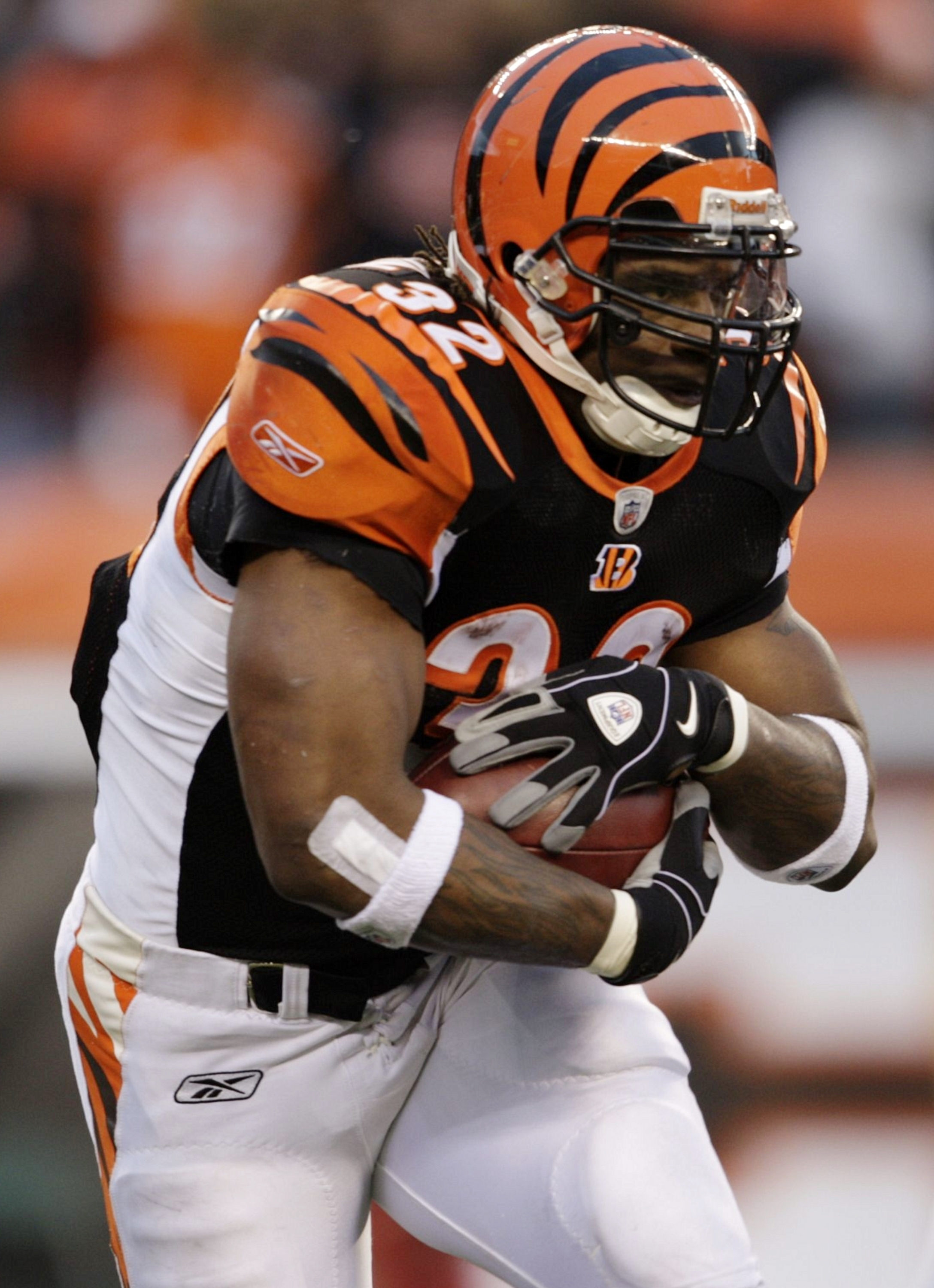 RB Cedric Benson
Benson is the team's primary offensive weapon and should have another strong season. While you shouldn't expect the same results as last season, he's still a reliable No. 1 back

WR Chad Ochocinco
Ochocinco is coming off his seventh 1,000 yard season in the past eight years, and he should add to that trend this time around as well. He's a quality No. 2 choice at reciever.

QB Carson Palmer
Since the Bengals are a run-oriented team. Palmer's stats have dropped. He's still a viable No. 3 option at QB though. 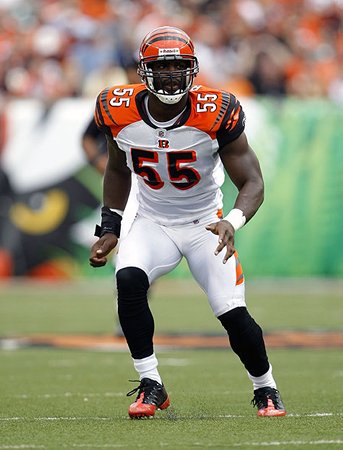 The upcoming schedule is tough, especially because they don't get the luxury of playing the Steelers, without Big Ben in the picture. Moreover, the back half of the schedule consists of match-ups against all four of the teams that played in Conference Championship games last season. Luckily for them, though, their travel itinerary is minimal as their farthest destination is Atlanta. 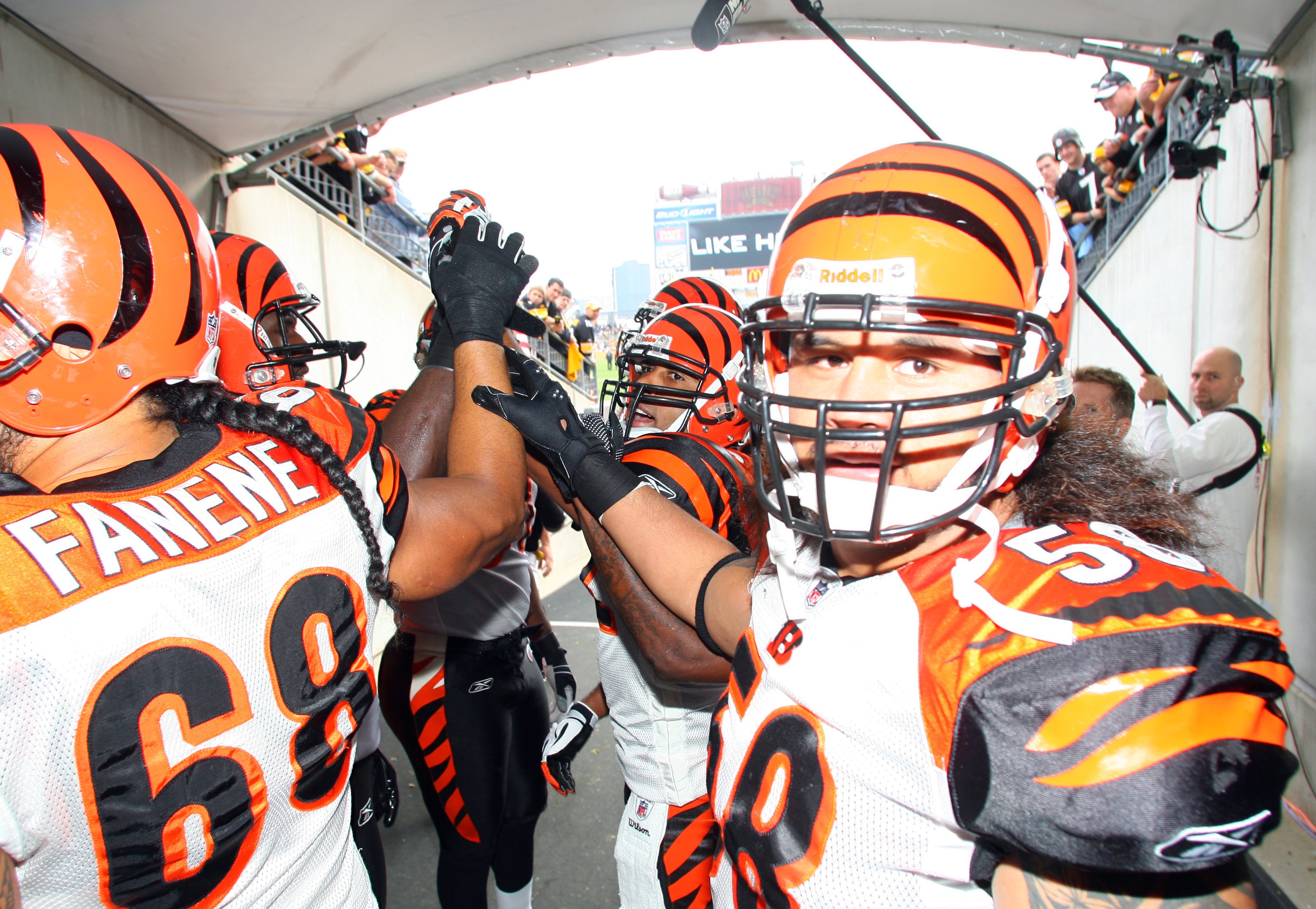 The Bengals have a daunting task ahead if they want to post back-to-back winning seasons for the first time in 26 years. While I may get criticized for saying so, I don't believe they will. I, honestly, don't see the Bengals winning more than one out of their final six games, with the one win coming against the Browns.