ESPN and the NBA took cues from pro wrestling recently in their handling of the much-hyped LeBron James free agency situation.

Unlike Lil Wayne's universally panned "Rebirth" album, which saw the rapper borrow from the very worst aspects of the rock genre en route to a disastrous crossover attempt, the NBA has booked this universally intriguing "LeBron James angle" to perfection.

Unfortunately, all principles involved have created the biggest heel in the NBA in the process.

LeBron James was seen as the beloved savior of the much maligned Cleveland Cavaliers.

Playing for a team and a city that has been defined by heartache and failure for generations, this highly touted athlete seemed to be the best bet to lift the city of Cleveland to championship prominence for the first time since 1964.

Drafted No. 1 overall in the 2003 NBA Draft, LeBron James would bring his unmatched potential and hype to the previously struggling Cleveland Cavaliers, and it would not take long before the phenom lived up to his every accolade.

For seven years, LeBron James would be front and center for what would be a never-before-seen rise in Cleveland basketball.

However, continuously on the doorstep of the franchise's first-ever NBA Championship, LeBron James and the Cleveland Cavaliers would experience the same heartache and tragedy that is all too familiar in Cleveland sports lure, by coming close but no cigar.

-In 2007, the Cleveland Cavaliers clinched their first NBA Finals berth, only to be swept by the San Antonio Spurs.

-In 2009, the Cleveland Cavaliers clinched the best record in the NBA, only to lose to the Orlando Magic in the Eastern Conference Finals.

-In 2010, the Cleveland Cavaliers once again clinched the best record in the NBA, only to come up short in the Eastern Conference Semifinals at the hands of the Boston Celtics.

This would be LeBron James' final season as a Cleveland Cavalier before becoming a free agent in what would be a highly publicized affair.

Time after time, LeBron James and the Cleveland Cavaliers suffered heartbreak after heartbreak in the face of otherwise optimistic circumstances.

This would be a foreshadowing for things to come for the consummately dejected city.

As intense speculation built up over the course of years and pundits looked ahead to James' future as a free agent, LeBron James' status as a free agent had become the biggest story in all of sports and most notably in entertainment.

Realizing the magnitude of the greatest player currently in the NBA becoming a free agent, the NBA shrewdly capitalized on the event using fundamental concepts of booking made famous by national professional wrestling promoters.

LeBron James' unprecedented decision as to which team he would sign with was far too big of a news story to simply break on an ESPN ticker.

This was no longer basketball.

It was sports entertainment at its finest.

The anticipation surrounding the decision mirrored that of the conclusion to the O.J. Simpson trial, and sports fans from all over the world tuned in for an hour of relative uncertainty turned shock.

Some called it narcissistic. Many announced they would not be watching out of protest. The heel turn had already started.

LeBron's announcement, on July 8, 2010, would serve as yet another clip in the endless highlight reel to be featured in the nightmares of Cleveland sports fans around the world.

Look away if you happen to fall into that category.

What hurt the most about this stinging turn of events for Cleveland sports fan was that it was one of their own who was driving the proverbial knife into their collective backs.

Born and raised in Akron, Ohio, LeBron James' seemingly destined arrival to the Cleveland Cavaliers could have been the fairy tale story that the city still so desperately needs.

Instead of being the face of a new Cleveland, ripe with tradition and success, LeBron James instead decided to head for greener pastures as he opted to sign with the high-powered Miami Heat alongside fellow superstars Dwyane Wade and the newly signed Chris Bosh.

LeBron's heel turn is the NBA equivalent of Hulk Hogan's similar change of heart at the infamous Bash at the Beach pay-per-view of 1996, after being the most beloved character in sports and entertainment for close to a decade.

Like any well-executed act of public betrayal (or so some think), Cleveland Cavaliers owner Dan Gilbert did not hold back as his feelings of contempt and resentment towards James degenerated into a verbal tirade .

"As you now know, our former hero, who grew up in the very region that he deserted this evening, is no longer a Cleveland Cavalier.

This was announced with a several day, narcissistic, self-promotional build-up culminating with a national TV special of his “decision” unlike anything ever “witnessed” in the history of sports and probably the history of entertainment.

Clearly, this is bitterly disappointing to all of us."

So now we have a candidate for feud of the year.

To further fan the flames now engulfing LeBron James jerseys across the upper Midwest, NBA All-Stars turned teammates LeBron James, Chris Bosh, and Dwyane Wade took part in yet another spectacle even greater than "The Decision" seen just 24 hours prior.

The three were literally on center stage for a welcoming party that "out-spectacled" most championship parades in celebrity, enthusiasm, and (delusions of) grandeur.

The three superstars each cut promos in front of a fervent Miami crowd, all but guaranteeing the NBA's next dynasty.

Hell, LeBron even predicted as many as seven (or more) championships for the city of Miami.

LeBron James' perceived abandonment of the Cleveland Cavaliers adds to the above mentioned universal heartache of the city as the event, like so many depressing others, played out on national television for all eyes to see.

The ratings for "The Decision" and the subsequent fallout will be astronomical in all their unprecedented glory.

The NBA now has a new polarizing figure, a la Brett Favre in the NFL, who everyone now has an opinion on and will either tune in to see win or lose.

I know I will.

And for those who need further proof of the pro wrestling implications of the major events concerning LeBron that have recently transpired, look no further than coverage of LeBronageddon picked up by pro wrestling pundits such as Kevin Eck, Rich Twilling (of Prowrestling.net ), and the pro wrestling purist home base of the PWTorch .

This is pro wrestling booking 101.

However, the NBA passed the class with flying colors because the league very well may be doing it better. 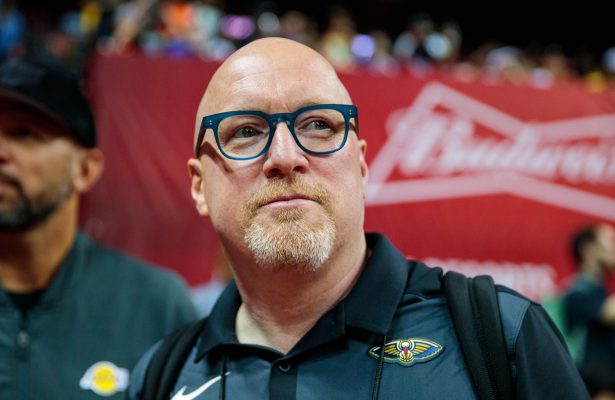 NBA's Most Underrated Players This Season

@danfavale ranks the overlooked stars of the 2019-20 season

NBA's Most Underrated Players This Season