In a bold and public response to LeBron James’ decision to leave Cleveland, Cavaliers owner Dan Gilbert wrote an open letter to the fans Thursday night, posting it on the team’s website and distributing it to the media.

Calling James’ decision “bitterly disappointing to all of us,” Gilbert pulled no punches in blasting away at the man who was the face of the franchise for the past seven years.

“You simply don’t deserve this kind of cowardly betrayal,” he wrote, before guaranteeing that the Cavs would win a title “before the self-titled former ‘King’ wins one”—emphasizing the promise in all capital letters, a declaration of defiance in response to James’ decision.

Talk radio and Internet comment sections were jammed by fans who hailed Gilbert’s words and joined the chorus of anti-LeBron language that spread nationwide within minutes of James’ announcement on ESPN.

The anger, frustration, and disappointment were understandable. Perhaps unwittingly, James punctuated a process that amounted to a cold slap in the face to Cavaliers fans.

First, Chris Bosh was quoted as saying he didn’t want to play in Cleveland, thereby putting the kibosh on a possible sign-and-trade deal with Toronto.

Then—horrifyingly to Cavaliers fans who watched him grow up and who cheered his every move from high school to the pros—James said on national television that he didn’t want to play there, either.

It was public humiliation to the nth degree. Gilbert’s terse statement no doubt crystallized the thinking of thousands of fans from Cleveland to Columbus to Youngstown, and all points in between.

No matter; it was a mistake.

In a league full of players who would have done the exact same thing James did if only they had the chance, who would not be alarmed by the harshness and vindictiveness of Gilbert’s words?

Professional athletes belong to an elite fraternity. You can’t join it. You have to be deemed worthy. Then, unless you’re James, Dwayne Wade, Kobe Bryant or one of the other uniquely gifted superstars, you have to work your tail off to remain a part of it.

When push comes to shove, athletes rally to one another’s defense. They cover each other’s backs. They close ranks and conspire to gain every advantage possible for their fraternity brothers.

Life as a professional athlete is fleeting. There are no guarantees. The careers of most players last only a few years, if that.

Relationships with management are icy at worst, cordial at best. Owners and front office personnel may not be the enemy, but they’re definitely “the other side” when it comes to salary negotiations, special amenities and other considerations.

When Gilbert aired his anger and frustration in such a high-profile way, he may have believed he was speaking for every man. In truth, he was also speaking to every player.

“Come to Cleveland,” he might as well have written. “Just don’t piss me off.”

In so doing, he set off alarms across the NBA. Who wants to play for someone who might turn on you in an instant, not to mention in public?

Watch out for Gilbert, you can almost hear players thinking. He’s a loose cannon who will lash out if you cross him.

How will Gilbert overcome this vicious war of words and get back to the business of running the Cavaliers?

Owners can’t suit up and take the court. Neither can general managers or coaches or fans. Only the players can do that.

Right now, Gilbert’s players, and their counterparts around the NBA, have to be wondering about his personal and very public meltdown.

If Gilbert ran the letter past his PR people, and they didn't veto it, they failed him. If he didn’t run it past them, he failed them. One of the cardinal rules of communication is to never react or respond in anger.

The letter smacked of someone who couldn’t wait to pull the dagger out of his own back and stick it in James’. This, from a CEO?

If the CEO of your company said similar things about a departed former employee, wouldn't it make you a little nervous?

After the letter was released, Gilbert told the Associated Press, “I’ve been holding this all in for a long time.”

Well, Dan, you should have held it in a little bit longer. Life will go on. Your job now is to craft a winner in Cleveland without LeBron James.

That will require a different strategy. It will also require different players, and it is now your unenviable duty to convince them to overlook your hair-trigger temper and come to Cleveland.

Cooler heads prevail, as they say, and you were far too hot to handle on a night when all of Cleveland was burning with anger and disappointment. 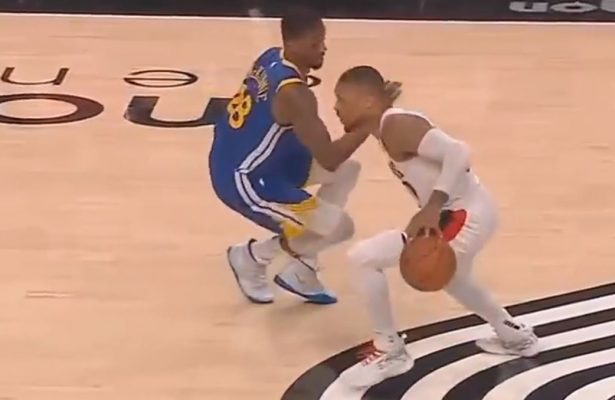