Cleveland Browns Preview: Reasons Shaun Rogers Will Have a Strong 2010 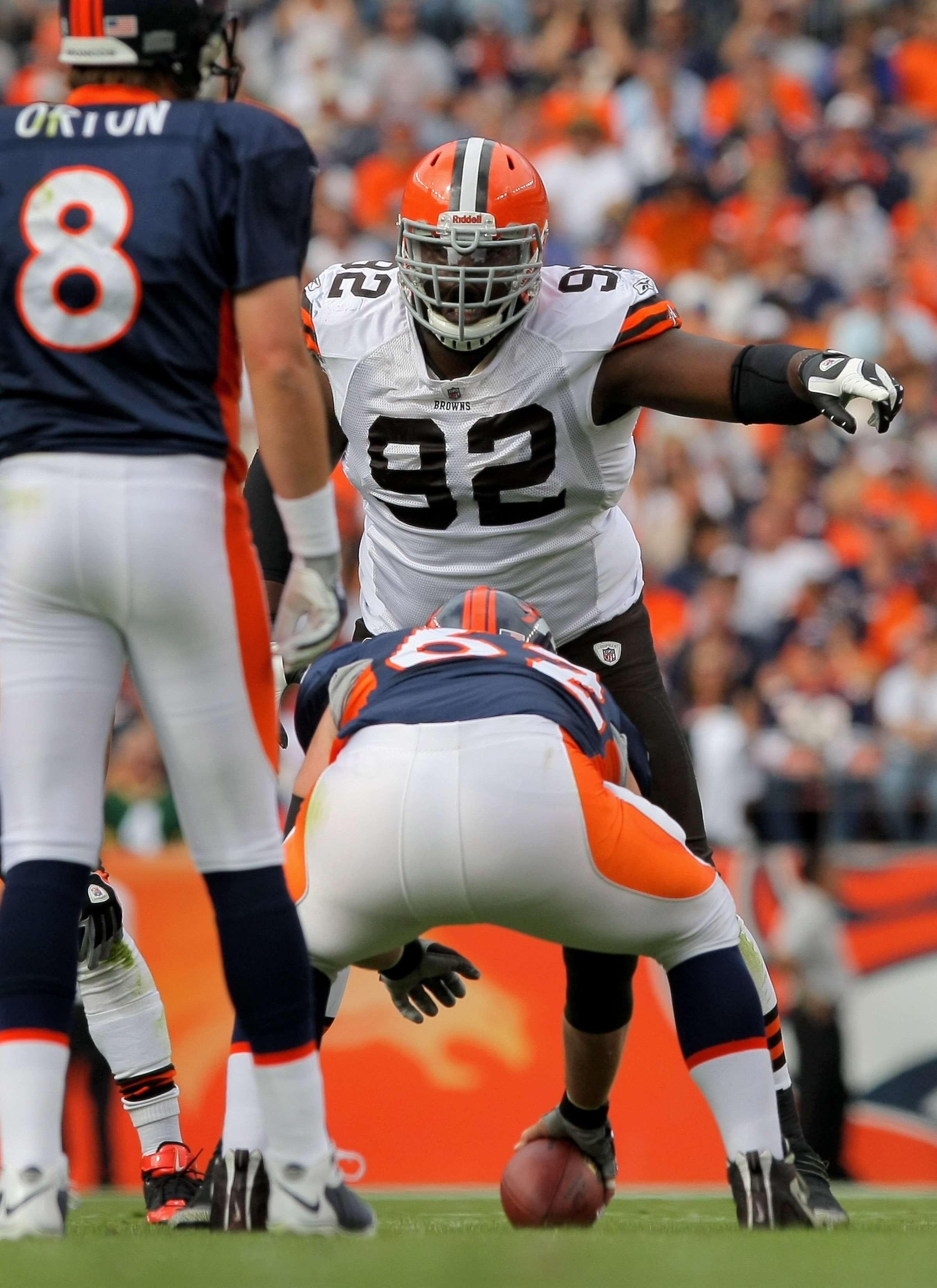 Cleveland Browns defensive lineman Shaun Rogers may not play the first few games of the 2010 NFL regular season due to a pending suspension, but there is no doubt he will play as hard as his 350 pound body will let him during the remainder of the season.

Many speculations have been made with Rogers this offseason regarding several different topics, some of which will be covered in the following slides.

Her is a look at why Rogers will have a good 2010 season.

Rogers Is Embarrased By His Gun Incident

The first reason Rogers will have a great year is due to the fact he is probably really embarrassed about his arrest at Cleveland-Hopkins Airport.

Rogers was arrested since he had a loaded gun in his carry-on luggage when he went through a security checkpoint.

Even though he may face a possible one or two game suspension to begin the season, this incident will motivate him to play at a very high level to redeem him name. 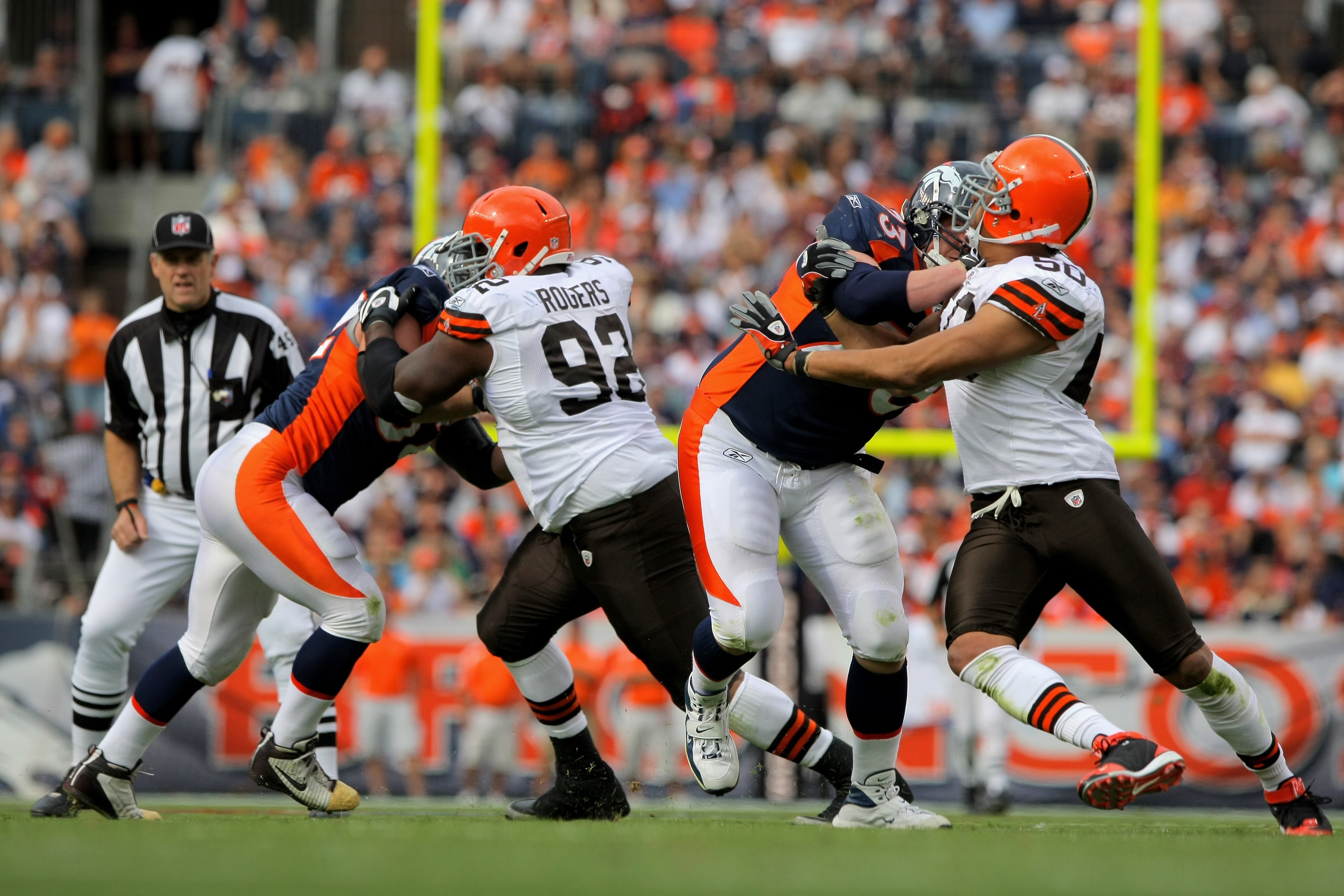 Rogers May Get Moved to DE in 2010.Doug Pensinger/Getty Images

When Rogers went down with a season ending leg injury in 2009, his backup Ayhtba Rubin stepping in a nose tackle in the Browns' 3-4 defense and the defense acutally improved.

This is to not say that Rogers isn't a good nose tackle, but he is better suited to play defensive tackle in a 4-3 defensive scheme.

With Rubin now the projected starter in the middle, once Rogers comes back from his pending suspension, he will most likely move to the outside to seal off the end of the line.

Rogers Will Be Able To Rush The Quarterback As a DE 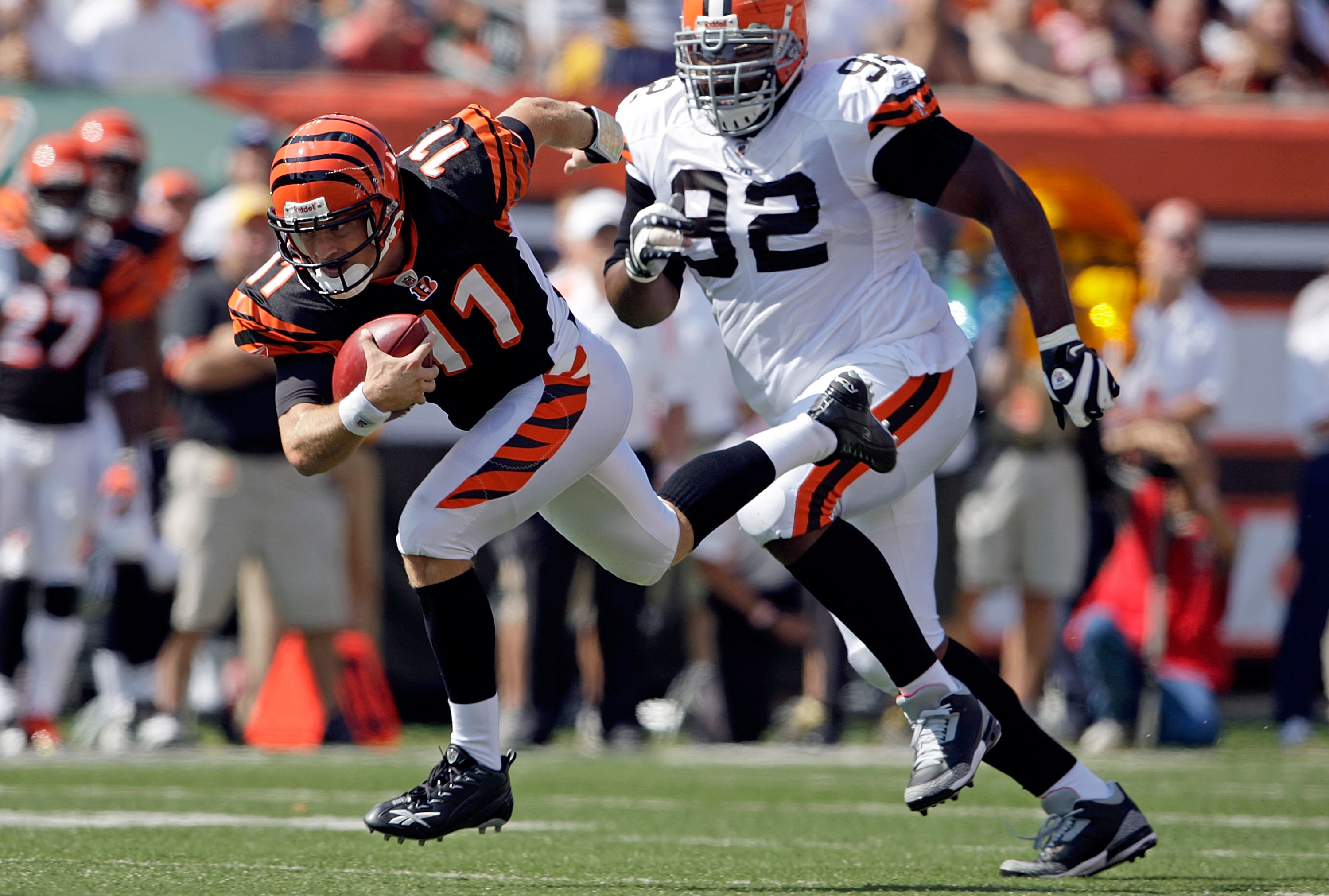 Rogers loves to get penetration into the opposing offense's backfield and he, like all other defensive players, loves to sack the quarterback.

Since he will most likely play defensive end, Rogers will get his chance to rush the passer as opposed to how a nose tackle is supposed to plug up the middle of the field with double and triple teams to free up others.

Since Rubin will fill that role, that leave Rogers open to put on the pressure.

For a man of Rogers' size, one would think that he cannot have a big vertical leap, but boy are they wrong.

Rogers can jump up pretty high after getting great penetration on field goal attempts and his long arms aid in his ability to block kicks as seen in this video when he blocked two in the same game versus the Bengals.

You may not think that Rogers can run after an interception, but with a solid stiff-arm at the end of this play, Rogers takes an interception to the house while playing with the Lions.

This was Rogers' only interception of his NFL career so far though.

Rogers Is a High-Motor Guy 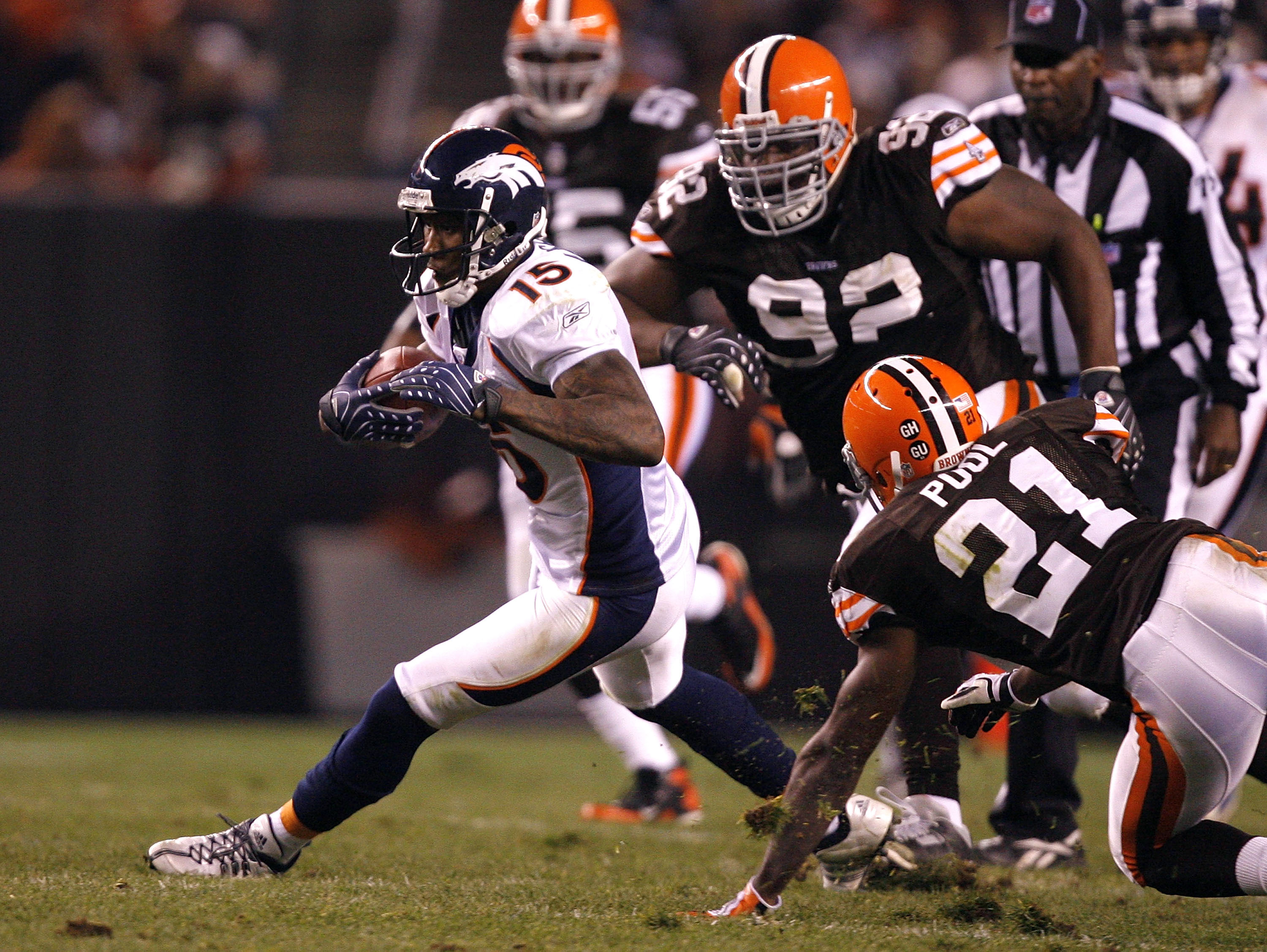 He may be 31 this year, but Rogers has a motor that does not stop and being over 350 pounds, he needs to have a motor that never stops.

When he was in Detroit, many reports said Rogers was not giving 100-percent during every play, but the label has not followed him to Cleveland.

In his years at Cleveland. there have been many times where Rogers was in pursuit of the ball carrier from across the entire field.

Rogers Is a Perfect Fit in Rob Ryan's Defense 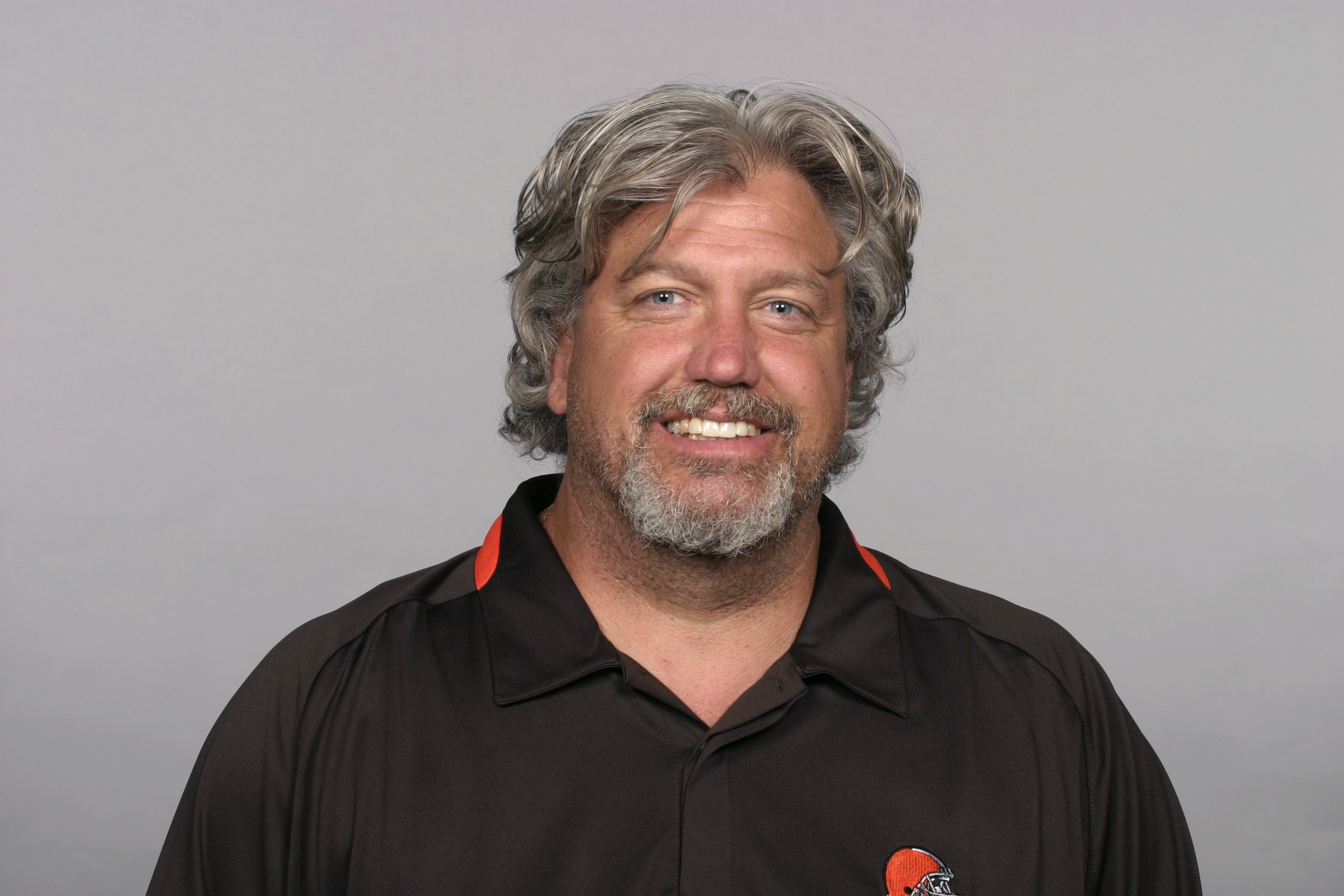 Rogers has the versatility to play in both formations on the line due to his athletic abilities and experience of playing in both defenses during his career.

Rogers Is Not a Problem Child 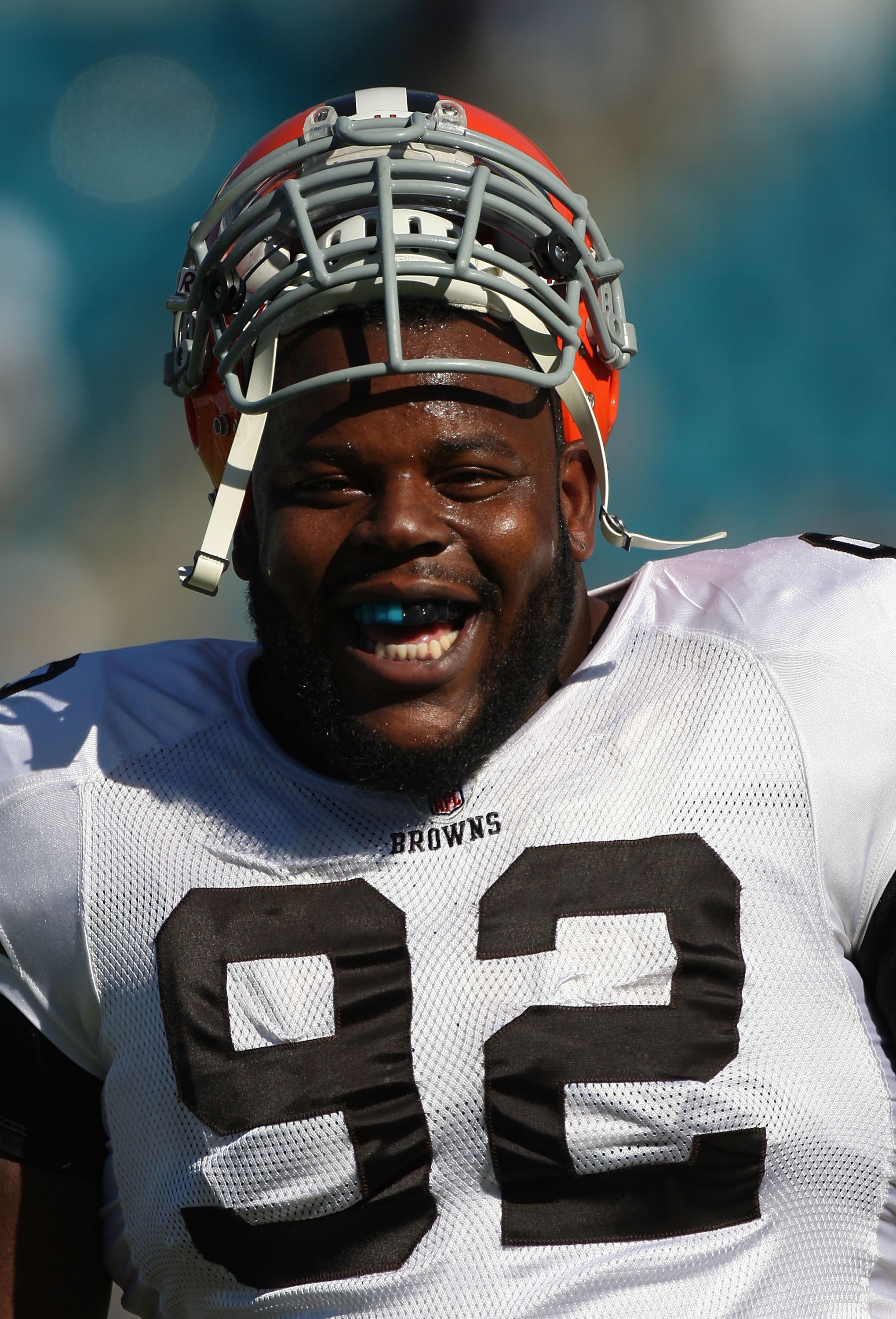 Rogers Is a Fan-Favorite

Are There Any More? 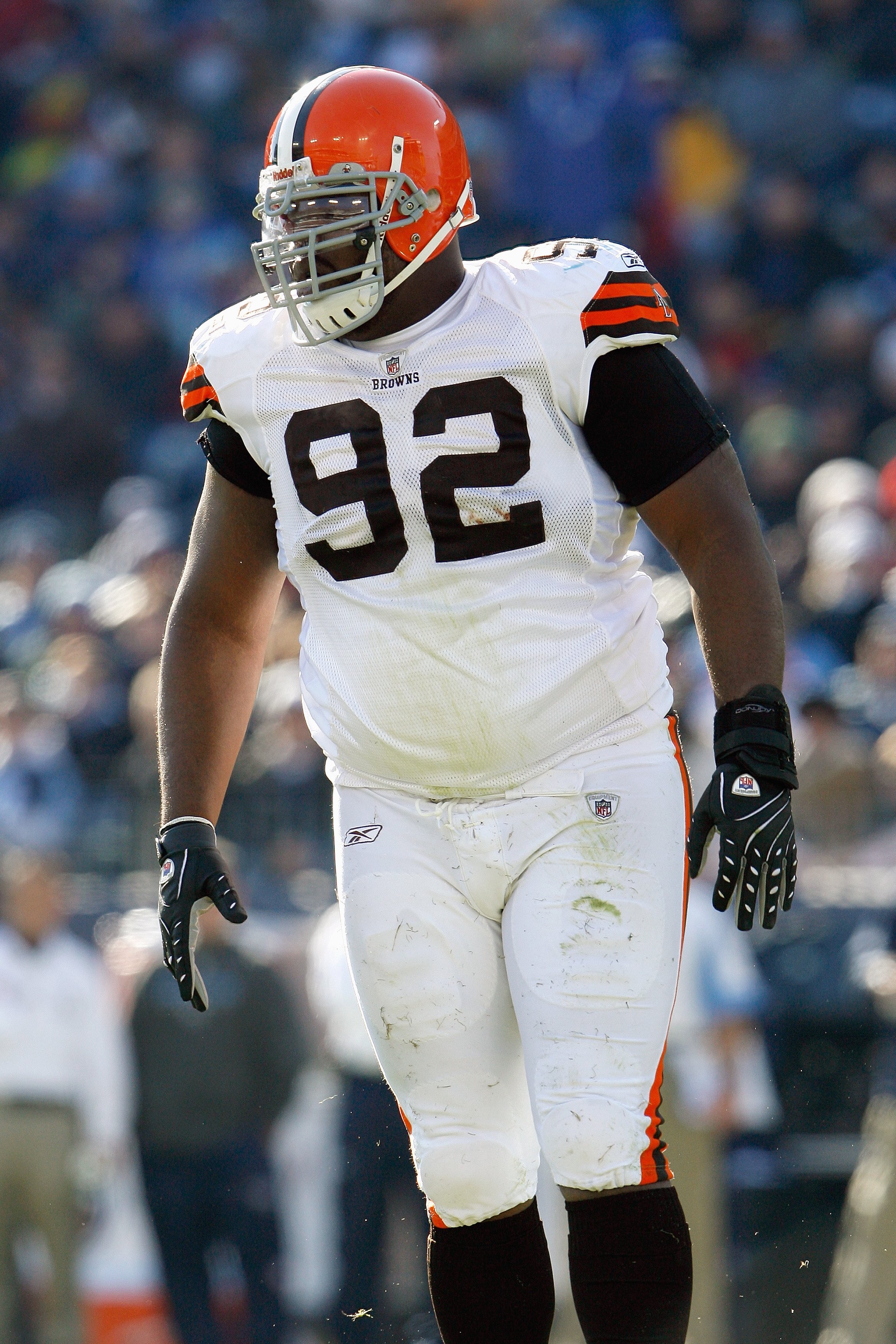