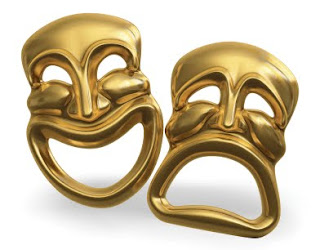 I've been trying to generate some feelings—vitriol, despair, disgust, frustration—over the latest developments concerning the Lighthouse, but I just can't do it. It's like trying to light a fire with a wet match and a cinder block. I'm done.

We heard from Chris Botta at Fanhouse that the Wilpons, owners of the Mets, had hired a high-powered project management firm to "work on a feasability study" for a new arena at Willets Point, adjacent to Citi Field. Newsday then followed up with the predictable denials from sources. Our friend B.D. Gallof compared the whole thing to a scene from the movie "M.A.S.H." which served to plant the theme song from the TV version in my head for a few hours. Thanks, buddy.

For me—and, I suspect, most Islanders fans—the drama has become tiresome. I'm done with the Town of Hempstead, and the politics, and the hand-wringing over whether the Isles are going to move to Queens, or Hartford, or Winnipeg, or Kansas City, or Brooklyn, or Yaphank, or Paris, Texas.

I'd be done with Charles Wang, too, except he hasn't said a word in months. At least he's not been annoying.

The Lighthouse Project has been all but disbanded and Hempstead has yet to provide new zoning for the property, or any guidance as to how Wang's proposal needs to be pared down. The general feeling is that it would have to be cut down considerably. Maybe Wang would be okay with that, maybe not.

Wang still has incentive to stay at the Coliseum. The revised lease agreement gives the Islanders more revenue from games and other events, and you'd think it would be easier for them to stay at that location, in a renovated or new arena, regardless of how much of the other development is eliminated.

While Wang may or may not be investigating other options, like looking to the Wilpons and Queens, at some point the town will present its new parameters for the site, eliminating the oh-so-scary "mini city" that the local politicians love to call the Lighthouse plan. Hopefully that will come soon, maybe this year? This decade? Before the next World Cup?

At that point, Wang will either be in or out, but that day seems to be so far off it is not even on the horizon. So wake me when it comes, okay?

The lease on the Coliseum runs out in 2015. There's still time to develop a site for a new arena somewhere (good luck with the Iron Triangle, though), but not much.

Part of me would love to see the Islanders find a new site on Long Island and leave Hempstead, stuck with either a casino or just a couple of new big box stores to replace a tenant-less arena. Let the politicians take credit for that.

The other part of me wants to stop hearing, talking, or writing about this for ever more.