Few men have ever impacted a city in such a short period of time the way that "Badger" Bob Johnson impacted the city of Pittsburgh during his one-year tenure as the Penguins' head coach.

This is the memorial, and the tribute to the man we all came to know, grew to love, and will forever remember as Badger Bob.

Robert "Badger Bob" Johnson was born on March 4, 1931, in the hockey haven of Minneapolis, Minnesota.

Aside from playing hockey, Badger Bob also earned a degree in secondary education.

After college, Badger Bob enlisted in the military and served as a medic for two years during the Korean War. His dedication and pride in his country was not only seen on the ice, but also overseas, as he did his part in defending the nation he called home.

After returning home from the war, Badger Bob began his coaching and teaching careers at a high school in Warroad, Minnesota.

The Badger would eventually end up at Roosevelt High School in Minneapolis, where he served as history teacher and hockey coach. Former students remember the Badger for his uncanny classroom antics, which included using a hockey stick as a chalkboard pointer, and his consistently pleasant nature.

When his high school teaching days were over, the Badger accepted a position as the head hockey coach at Colorado College in 1963.

In 1966, Bob moved to the place where his nickname originated, the University of Wisconsin-Madison, where he would serve as head hockey coach until 1981.

During his time with the Badgers, Johnson led the team to seven NCAA tournaments, winning three national championships in 1973, 1977, and 1981.

In 1976, Johnson was named head coach of the United States Olympic ice hockey team. He led the team to a disappointing 2-3 record, which was good for a fifth-place finish.

Johnson remained behind the bench for the Flames for five seasons, leading them to the Stanley Cup Finals in 1986, where they were defeated by the Montreal Canadiens in five games.

Before the 1990-91 season, Badger Bob was offered a position as head coach of the Pittsburgh Penguins, a team on the rise led by superstar captain Mario Lemieux.

Johnson accepted the position, and the rest is history.

The Badger led the Penguins to their first Stanley Cup in team history during the 1990-91 season, and became an overnight icon in the city of Pittsburgh.

Johnson is endearingly remembered by Penguins' players and fans for his enthusiasm, his love for the game of hockey, his passion for coaching, and his rare optimism regardless of the situation at hand.

His famous catchphrase: "It's a great day for hockey" became synonymous with the game of hockey and is forever etched in the hearts and minds of all Penguins' fans, both young and old alike.

In August of 1991, tragedy struck for the Badger. He was preparing the US team for the upcoming Canada Cup tournament when he suffered a brain aneurysm. Johnson was hospitalized and diagnosed with brain cancer a short time later.

He subsequently turned his coaching duties over to Scotty Bowman in order to begin treatment immediately.

The news broke the hearts of Penguins' players and fans during the following season, so much so that Mario Lemieux actually dedicated the Penguins' entire season, and eventual Stanley Cup Championship, to his newfound friend, the Badger.

Following his death, a banner depicting his famous saying; "It's a great day for hockey" was hung from the rafters over the ice at the University of Wisconsin-Madison, and the same phrase was painted on the blue lines at Pittsburgh's Civic Arena.

The memorial to the Badger remained on the ice at Civic Arena throughout the remainder of the season, while Penguins' players all donned the word "BADGER" on the sleeve of their jerseys.

After winning their second consecutive Stanley Cup that Spring, the Penguins organization engraved Johnson's name on the Stanley Cup for the second time, despite Johnson's earlier death.

Bob's son, Mark Johnson, was a member of the historic 1980 US Olympic gold medalist hockey team. Mark also dedicated his performance during the Olympics to his beloved father.

Although the Badger only coached in the NHL for six seasons, he will go down in history as one of the most memorable and beloved head coaches to ever stand behind the bench.

Pittsburgh is a better city for having had the opportunity to know, and grow to love and admire, the man we endearingly associate with our first Stanley Cup Championship, a man known simply as the Badger.

Source: Wikipedia Article posted in full at: Experiencing the Evolution 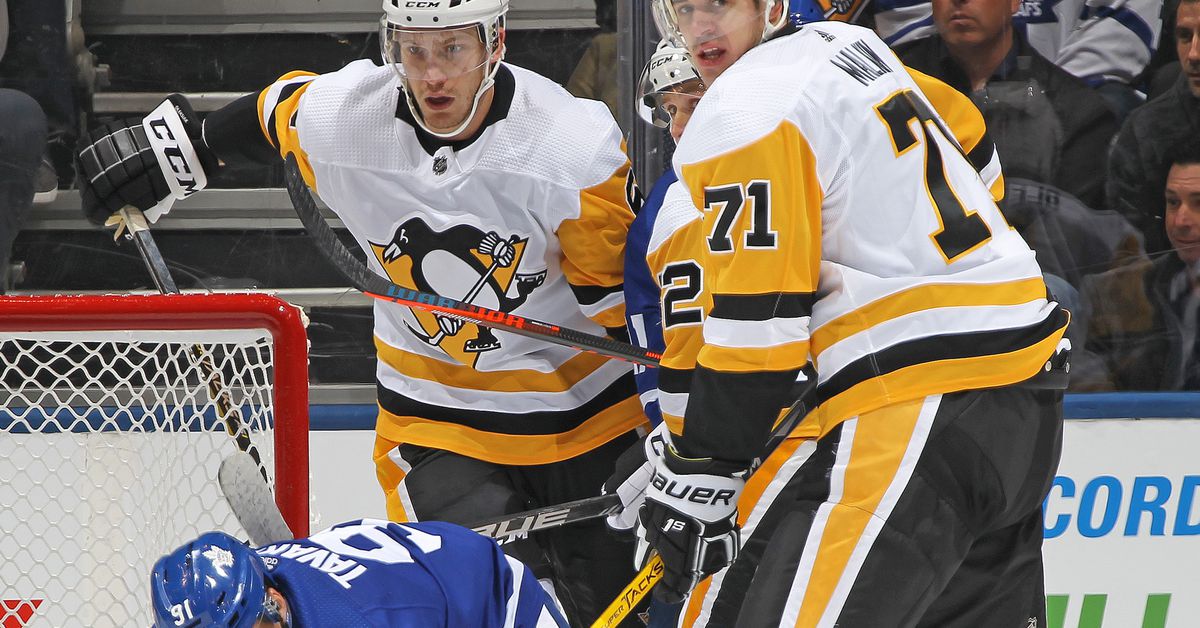 Sidney Crosby is leading the Pittsburgh Penguins to a remarkable season

Sidney Crosby is leading the Pittsburgh Penguins to a remarkable season