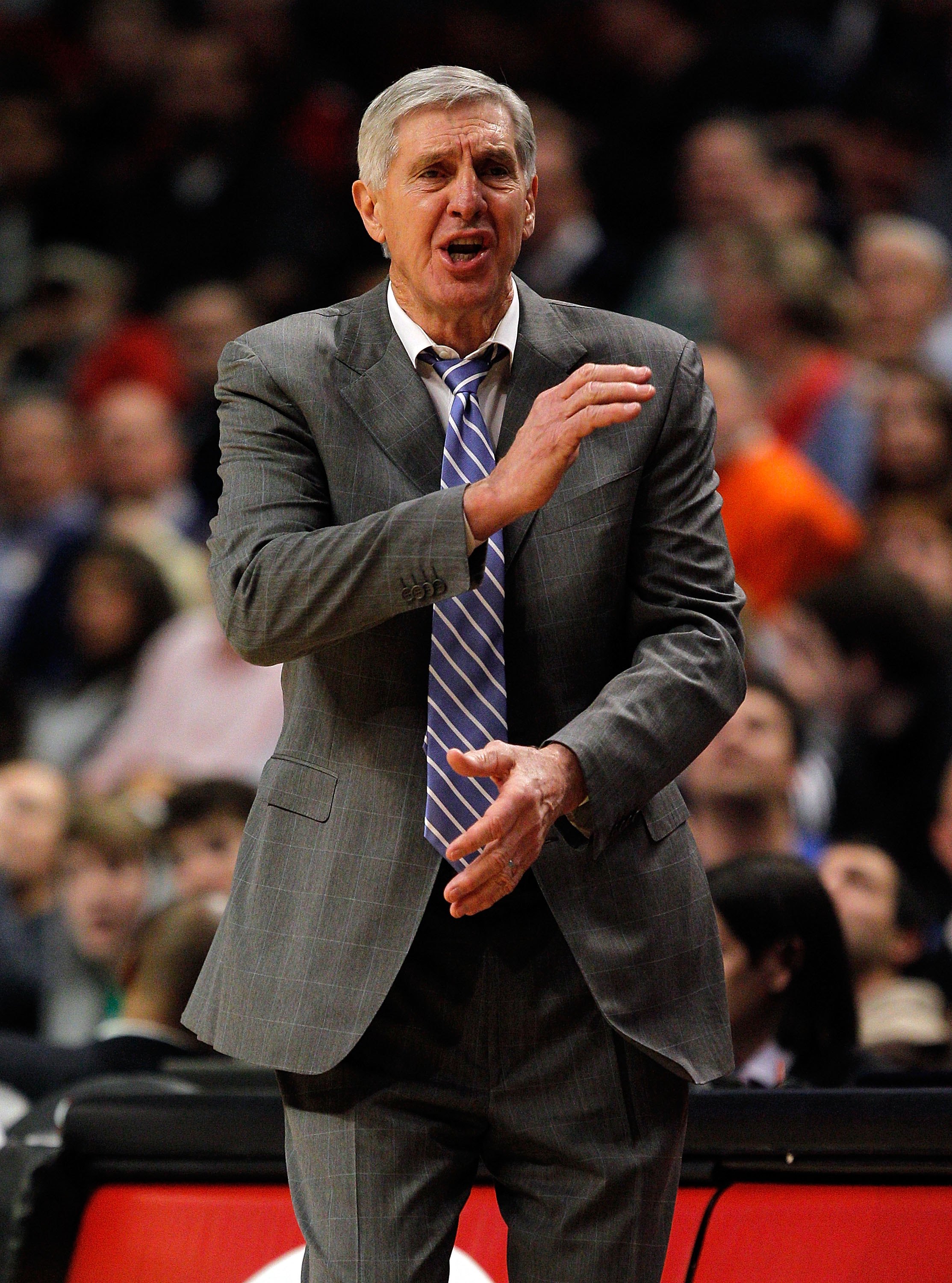 A long time ago, a wet-behind-the-ear coach by the name of Jerry Sloan resigned from his coaching position at the University of Evansville. He never had a chance to run a single practice or cuss out a single player.

And thank goodness he resigned—because that decision may have saved Sloan's life. Months later, tragedy would strike the Evansville basketball program. The team's charter flight crashed in the fog, at the Evansville Airport, killing all 29 passengers.

Before Sloan made his mark as a Hall of Fame coach, he was best known for his gritty persona as an NBA defender and two-time All-Star with the Chicago Bulls.

Sloan played 10 seasons in the "Windy City" and became known as “The Original Bull.” He’ll be remembered for his determination and will to compete, both as a player and a coach.

From 1966 to 1976, Sloan was the essence of toughness in Chicago and throughout the NBA. Even though he failed in his three-year stint as the Bulls' coach, it was his tenacity as a player that set him apart and led him down a brilliant coaching career with the Utah Jazz.

Sloan is one of 18 players in NBA history to be voted to the All-Defensive First Team at least four times and his No. 4 jersey is hanging from the rafters of the United Center in honor of his years of service to the Bulls.

Blood and guts was his calling card in those days...

As a coach, Sloan instills this attitude with the Utah Jazz. From the Stockton/Malone era, to his current team led by Deron Williams and Carlos Boozer, every team Sloan has coached has this quality about it.

As most NBA fans realize, Sloan is just a flat-out winner. Nevertheless, he punished not winning an NBA title.

The 68-year-old has won in every conceivable way, both with NBA Hall of Famers or joe schmo. Hard work and having the ability to compete is all he asks.

Falling short in the Jazz's back-to-back NBA Finals appearances hurt the coach deeply, but in typical Sloan fashion,he said the team had to bounce back: “You can’t dwell on that. You can’t play backwards."

Perhaps his dogged tenacity is what keeps him going. Whether a championship comes or not, the longest tenured coach in American Pro Sports is definitely on the short-list of all-time great NBA coaches.

In honor of a legendary NBA coach, here are 10 things you need to know about Jerry Sloan. 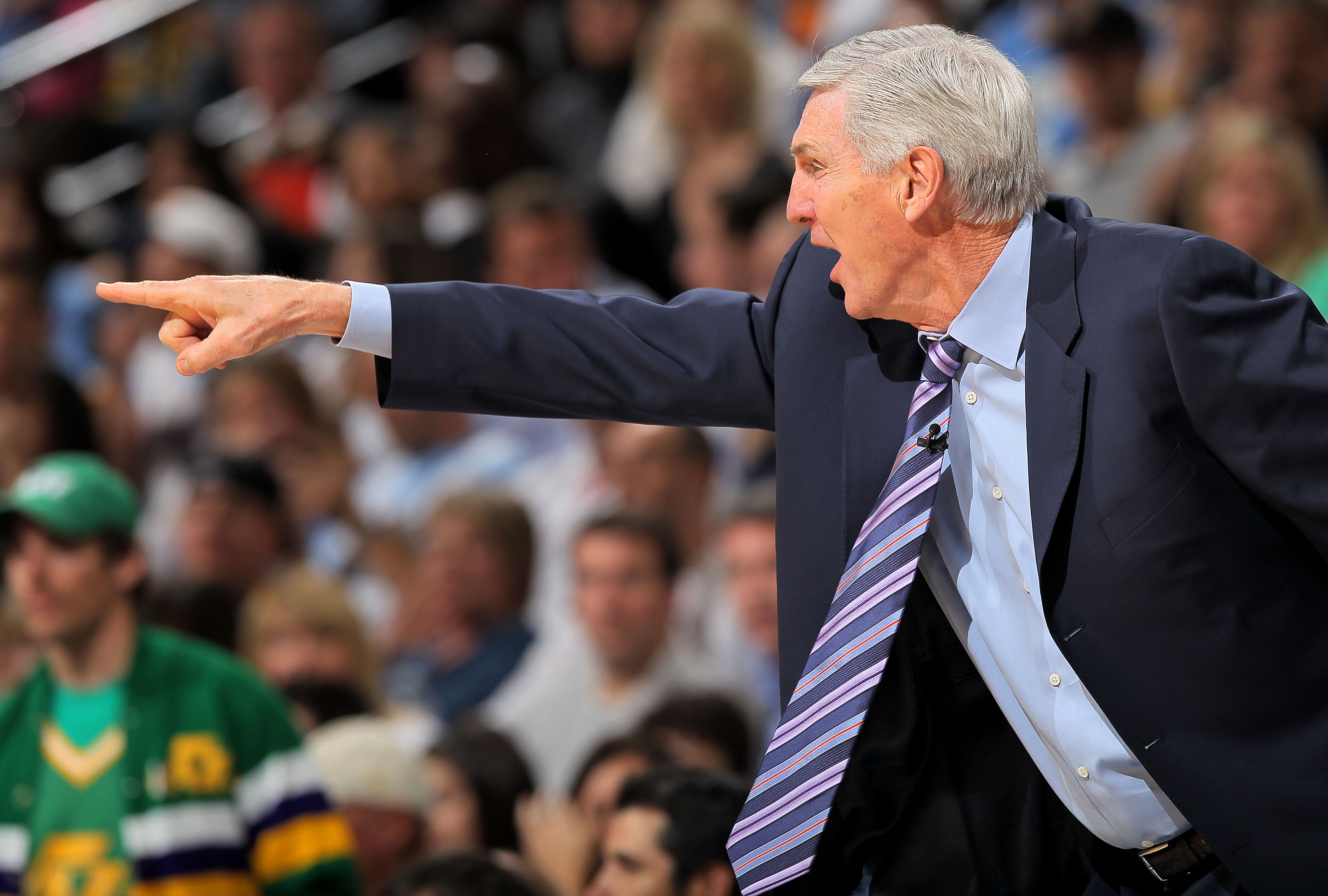 Jerry Sloan has often wondered why or how it was possible for him to keep his job after 22 years with the same organization, especially when so many coaches are cast aside after a couple of seasons.

Here's the secret: He's a winner.

Sloan's the fourth winningest coach in NBA history. He trails only Don Nelson, Lenny Wilkens, and Pat Riley. Sloan has 1,190 career victories and back-to-back appearances in the NBA Finals. He's been the head coach of the Utah Jazz for 22 seasons and guided the team to the playoffs 19 times.

2. A Pair of Utah Jazz Hall of Famers 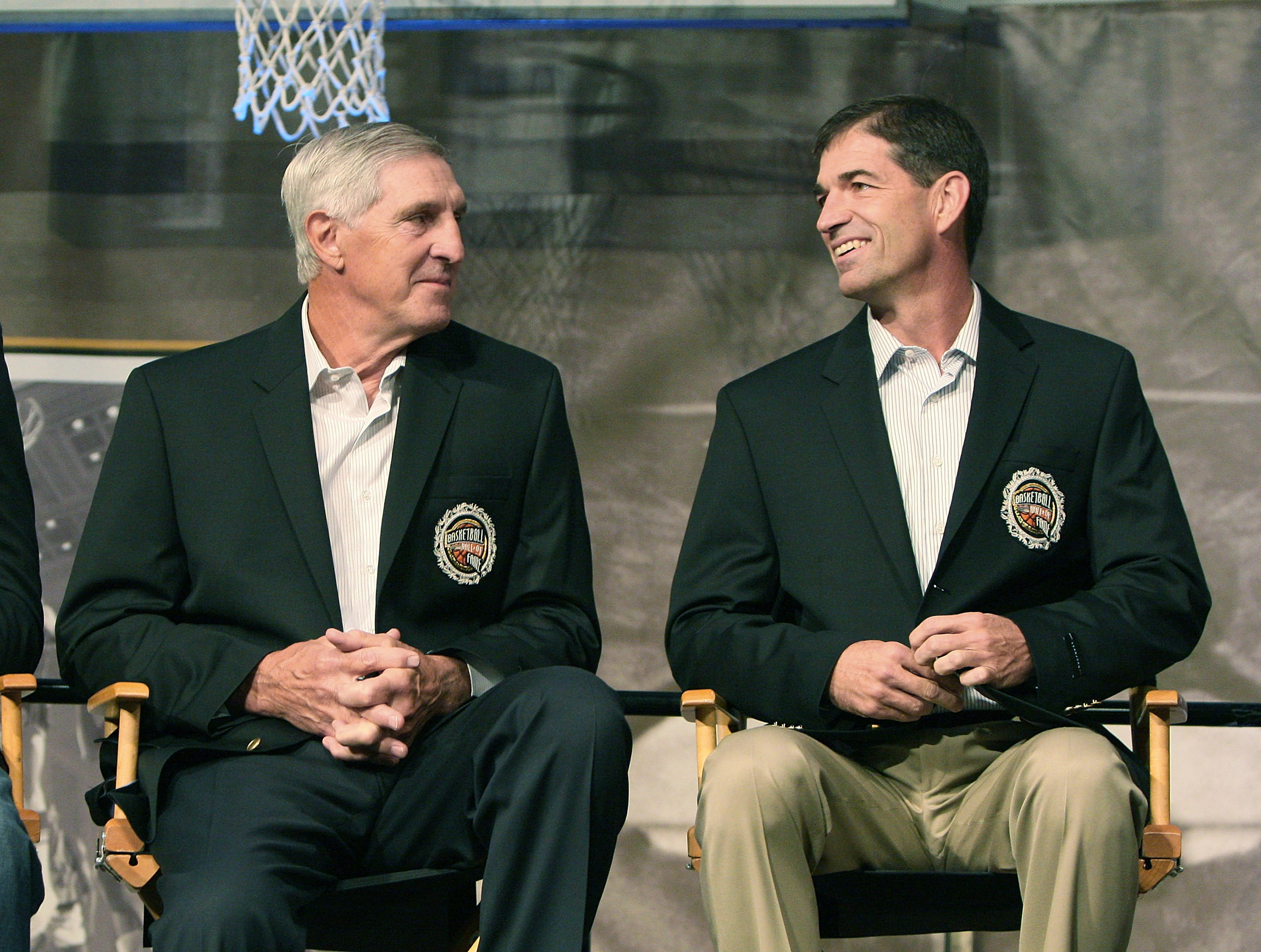 On September 11, 2009 Jerry Sloan was inducted into the Naismith Memorial Basketball Hall of Fame along with 10-time All-Star John Stockton, who ran Sloan's offense for 18 years in Utah.

With over 1,000 career wins, Sloan reached this "basketball nirvana" before Michael Jordan. The ever-humble Sloan had a chance to recall his first training camp with the Chicago Bulls in 1966. He said he was "scared to death."

Well, he made the team and went on to become one of the NBA's most tenacious defenders. In 1988, Sloan became the Jazz's sixth head coach, where he's amassed 1,941 regular season victories and counting. 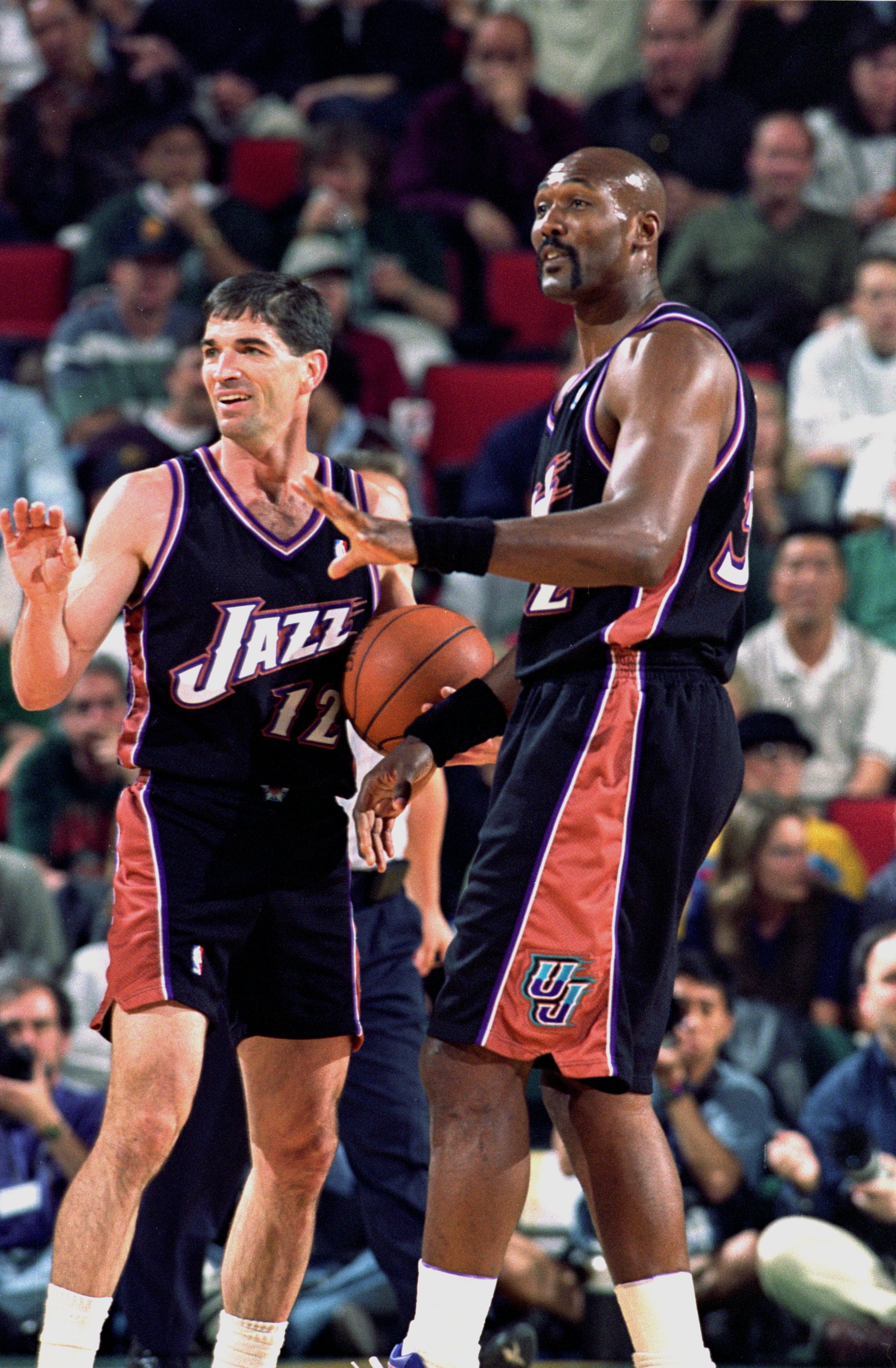 Jerry Sloan coached one of the great duos in NBA history. Everyone knows that John Stockton and Karl Malone thrived in Sloan's pick-and-roll offense.

When it was executed with great precision, it was unstoppable. To be sure, Sloan got little credit for getting the best out of these two Hall of Fame players.

Together, Stockton and Malone made the Utah Jazz a title contender. If they had played on different teams, with a different coach, who knows what kind of players they would have turned out to be?

4. Sloan Has Never Been Named NBA's Coach of the Year 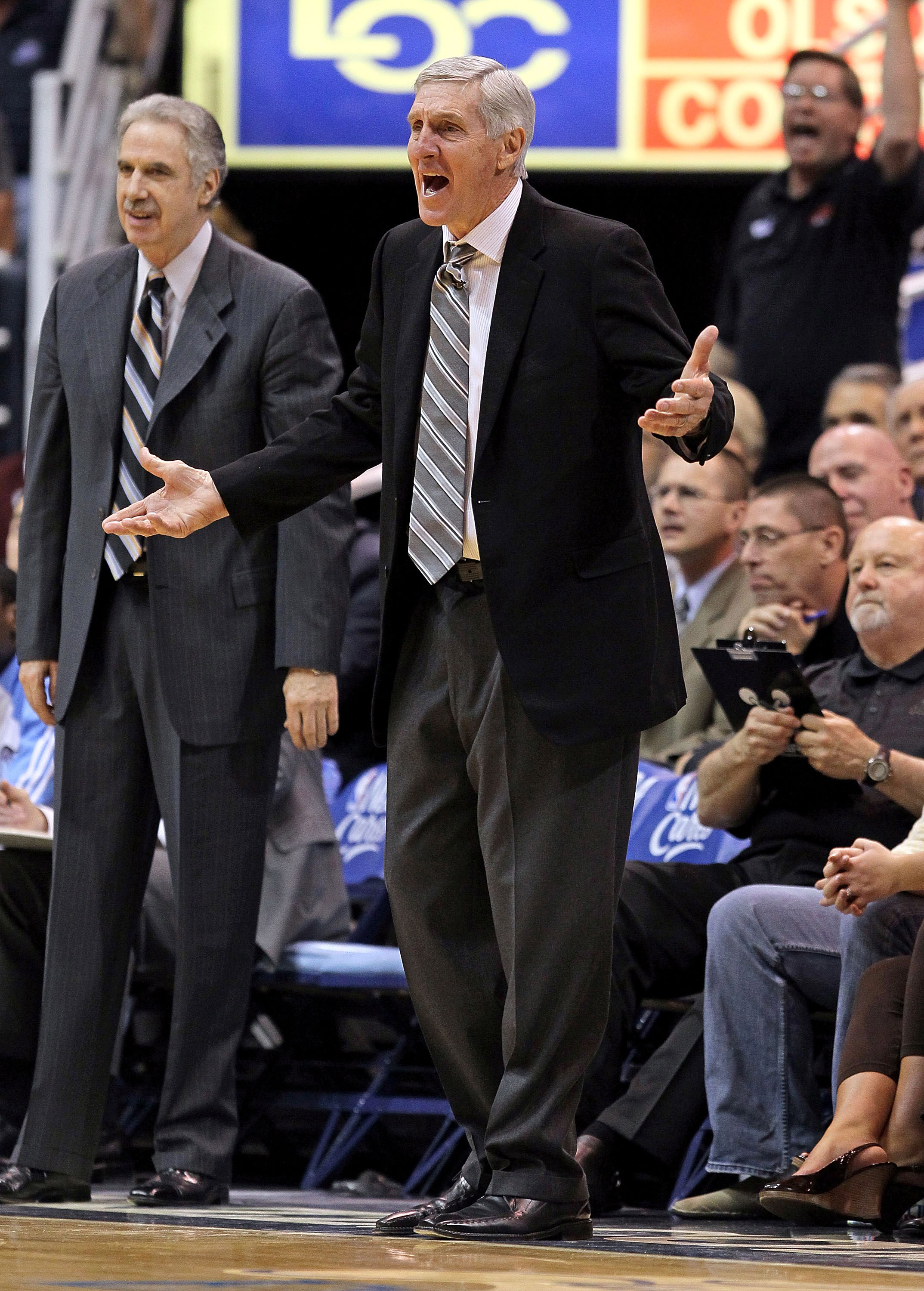 Meanwhile, Sloan finished fourth, but received 10 first-place votes for guiding the Jazz to a 53-win season.

In 2003-04 Sloan finished second to Memphis Grizzlies coach Hubie Brown. Brown got the Grizzlies to the playoffs and Sloan engineered a no-name Jazz team to a record of 42-40. It was probably Sloan's best coaching performance ever. 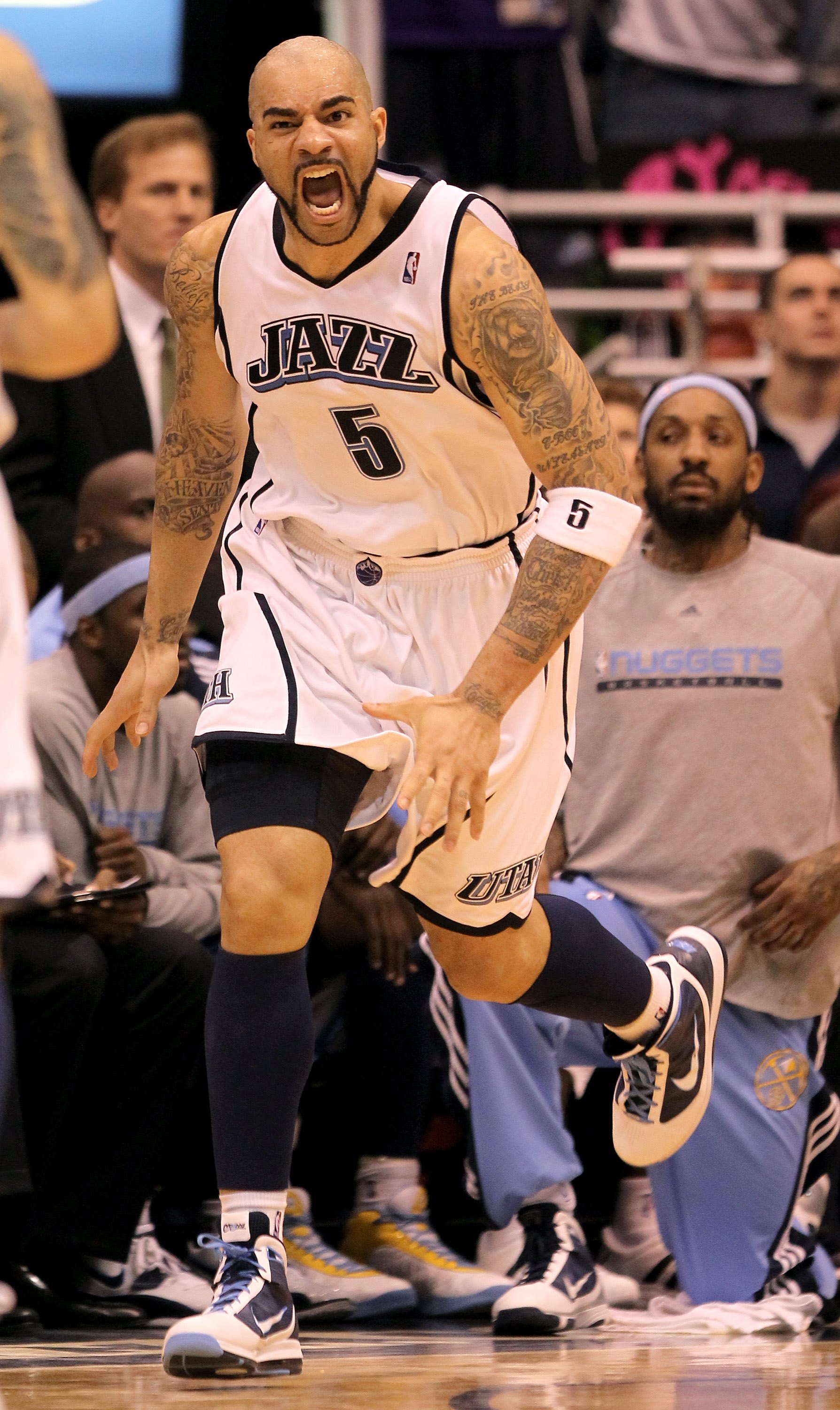 Before the 2009-10 campaign, speculation ran wild about the possibility of Utah trading away power forward Carlos Boozer. As the story goes, Sloan was quick to advised the team and its management to stick with Boozer for one more year.

Considering Boozer's tremendous double-double production in the regular season and, more importantly, through the playoffs, it was exactly the right call.

6. Sloan's No. 4 Was the First Jersey Retired by Chicago 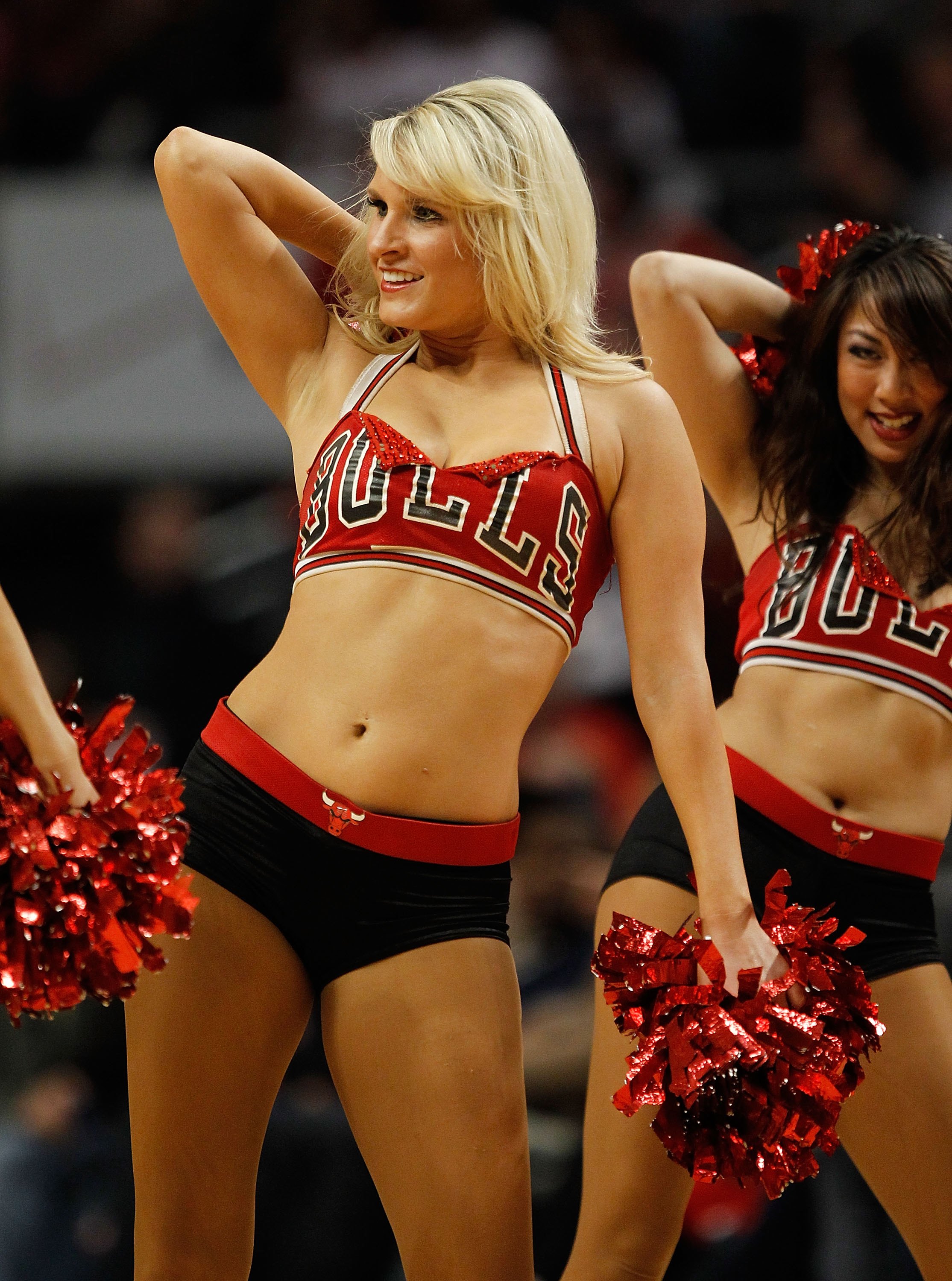 Sloan was the first player taken by Chicago in the 1966 expansion draft. As a Bull, he earned the reputation of being a hard-nosed defender and feisty competitor. Sloan made two All-Star teams and was selected to the All-Defensive first team four times.

He once scored a career-high 43-points against the Milwaukee Bucks in a 1969 playoff game, but he was never really known for his offense. Sloan was all about stopping the guy in front of him.

Over his 10-year playing career, Sloan helped Chicago to numerous playoff appearances and its first ever division title. Slowed by knee injuries, "The Original Bull" retired from the NBA in 1976 and embarked on his storied coaching career.

7. Sloan Was a Local Hero at Evansville 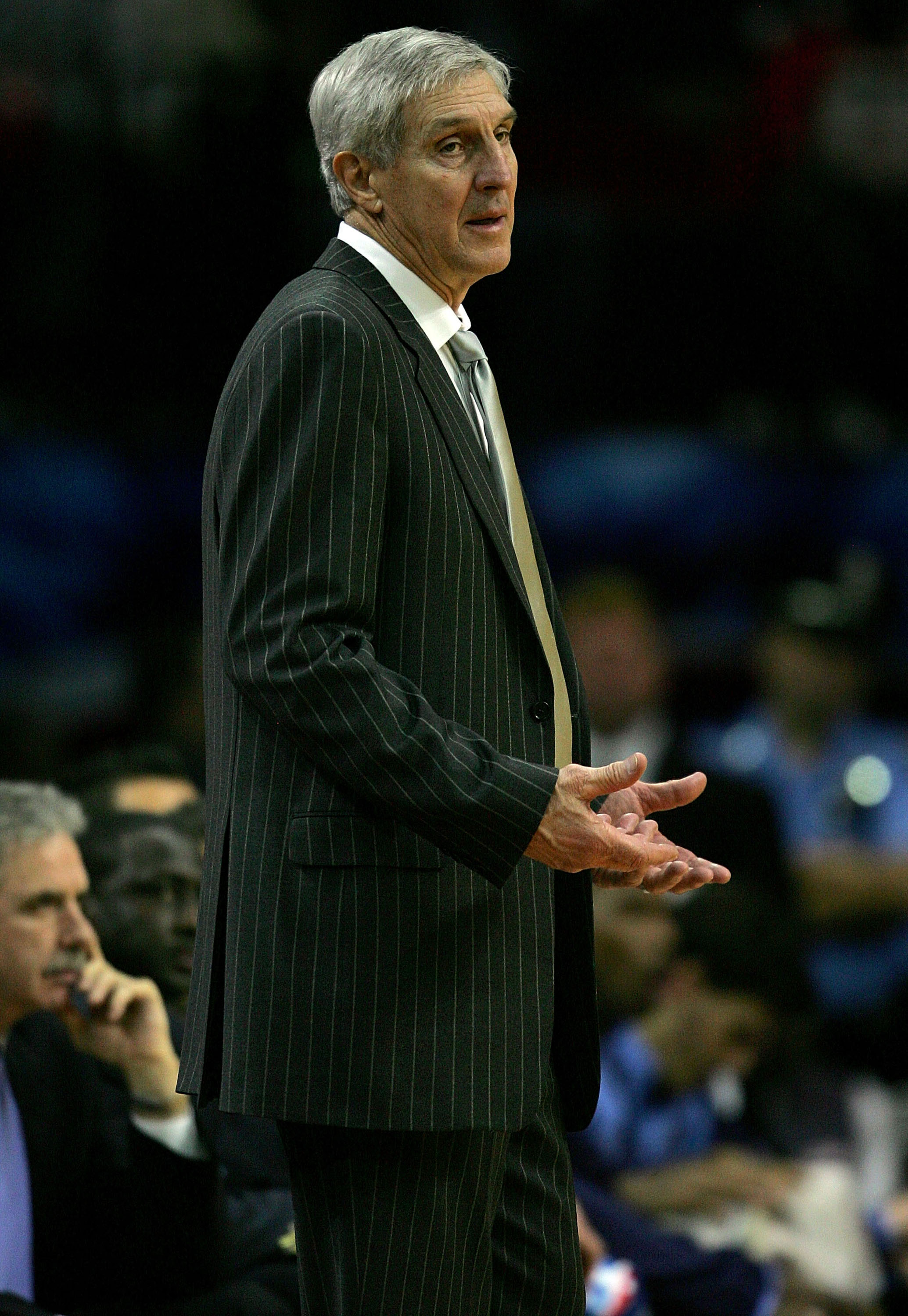 Over his college career at Evansville, Sloan led the Purple Aces to a pair NCAA Division II national championships, which included a perfect 29-0 season in 1965. Sloan was selected by the Baltimore Bullets with the sixth overall pick in the 1965 NBA Draft.

After Sloan's playing days were over, he accepted the job at Evansville but resigned after five days. Later that season, the team's flight tragically crashed in the fog at the Evansville Airport. All 29 passengers were killed.

8. Raised By a Single Mother 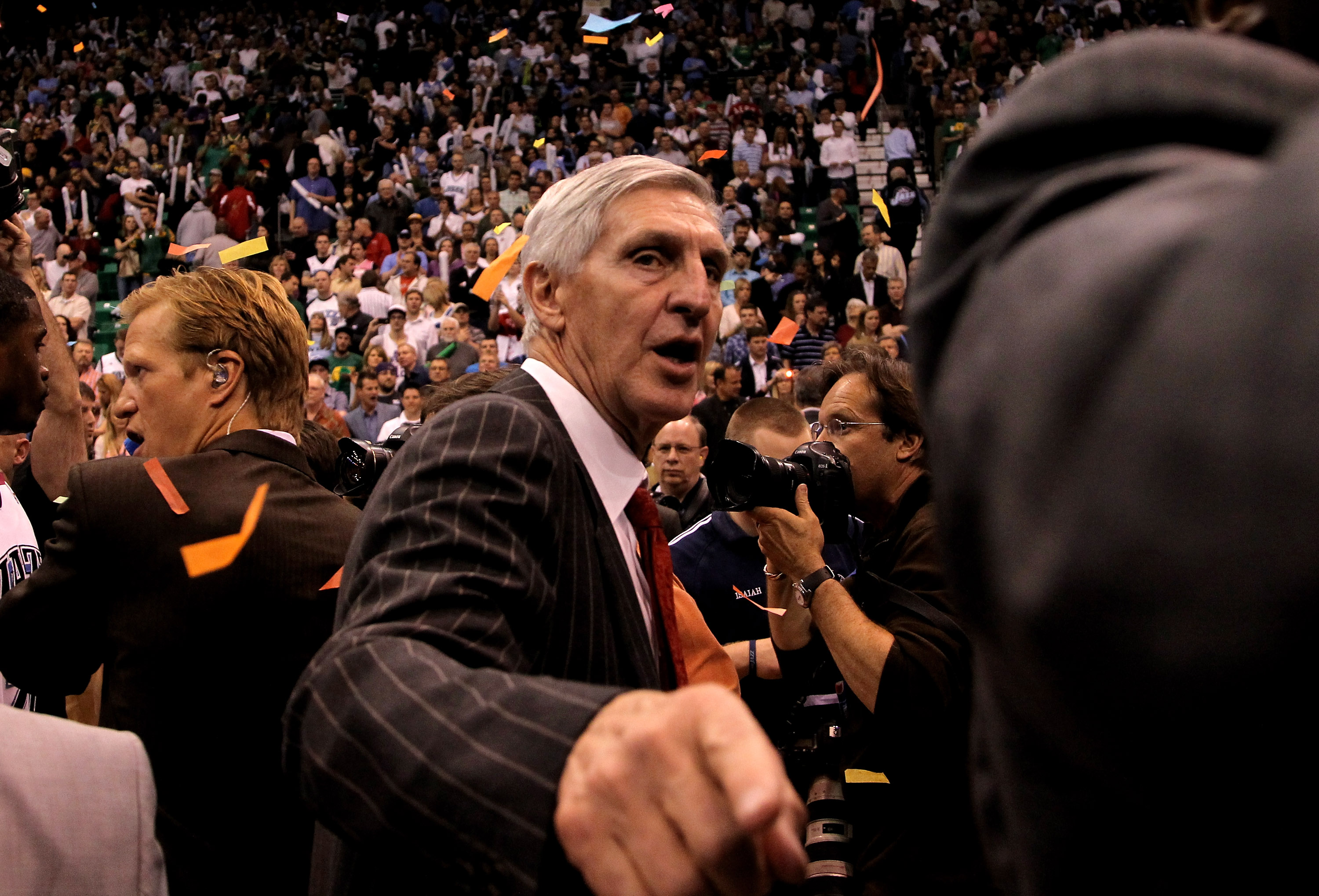 Growing up in McLeansboro, IL, Sloan was one of 10 children being raised by a single mother. As a high school student, Sloan would wake up at 4.30 a.m. to do farm chores and then walk almost two miles to get to school in time for 7 a.m. basketball practice.

9. Sloan's Had His Battles with the Refs 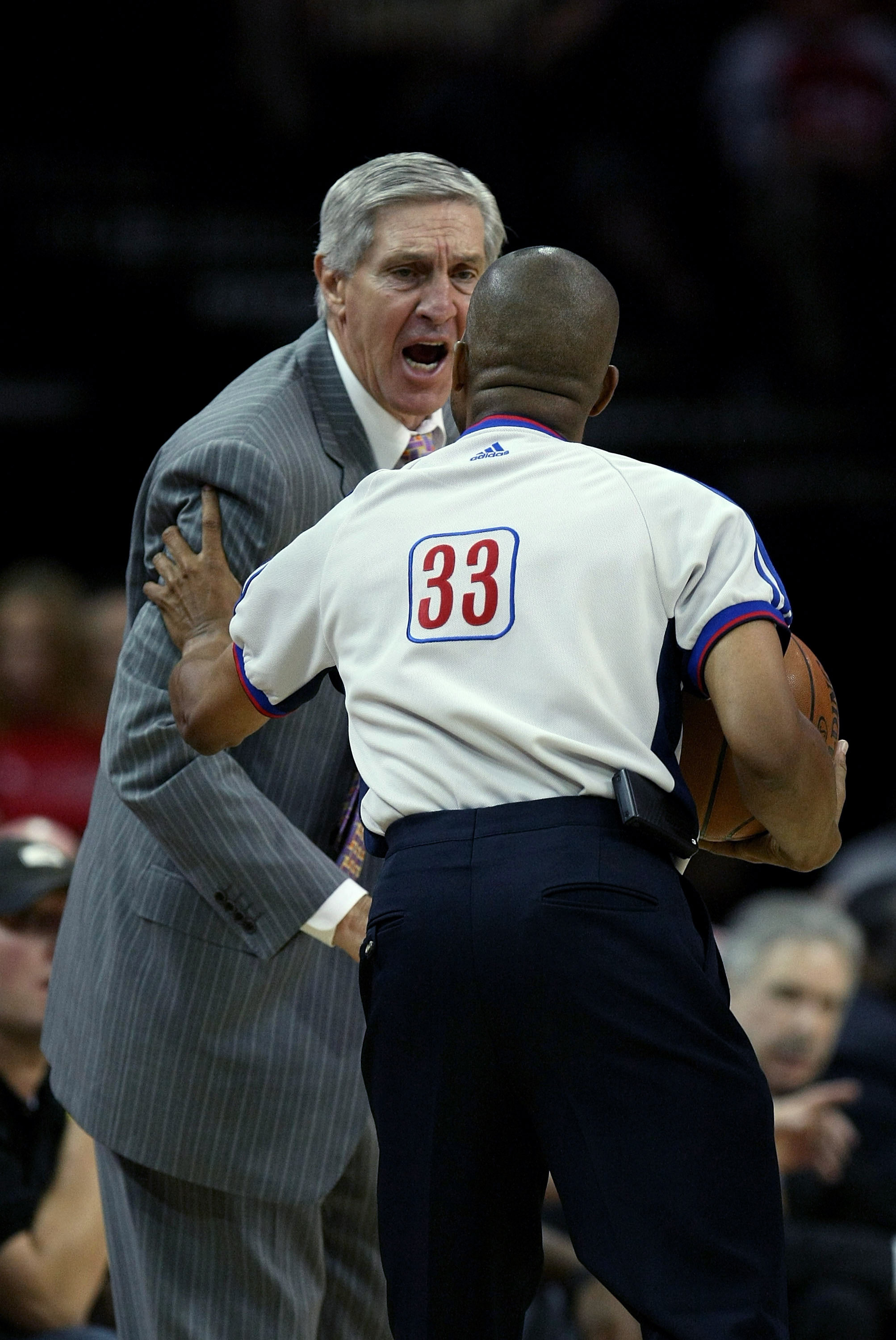 As fiery as Sloan was as a player, he's almost as snarly as a coach, in particular when he believes the referees aren't calling the game both ways.

Twice in his career with the Utah Jazz, Sloan has been suspended by the league for shoving or making contact with an official.

10. The Fire Still Burns Inside 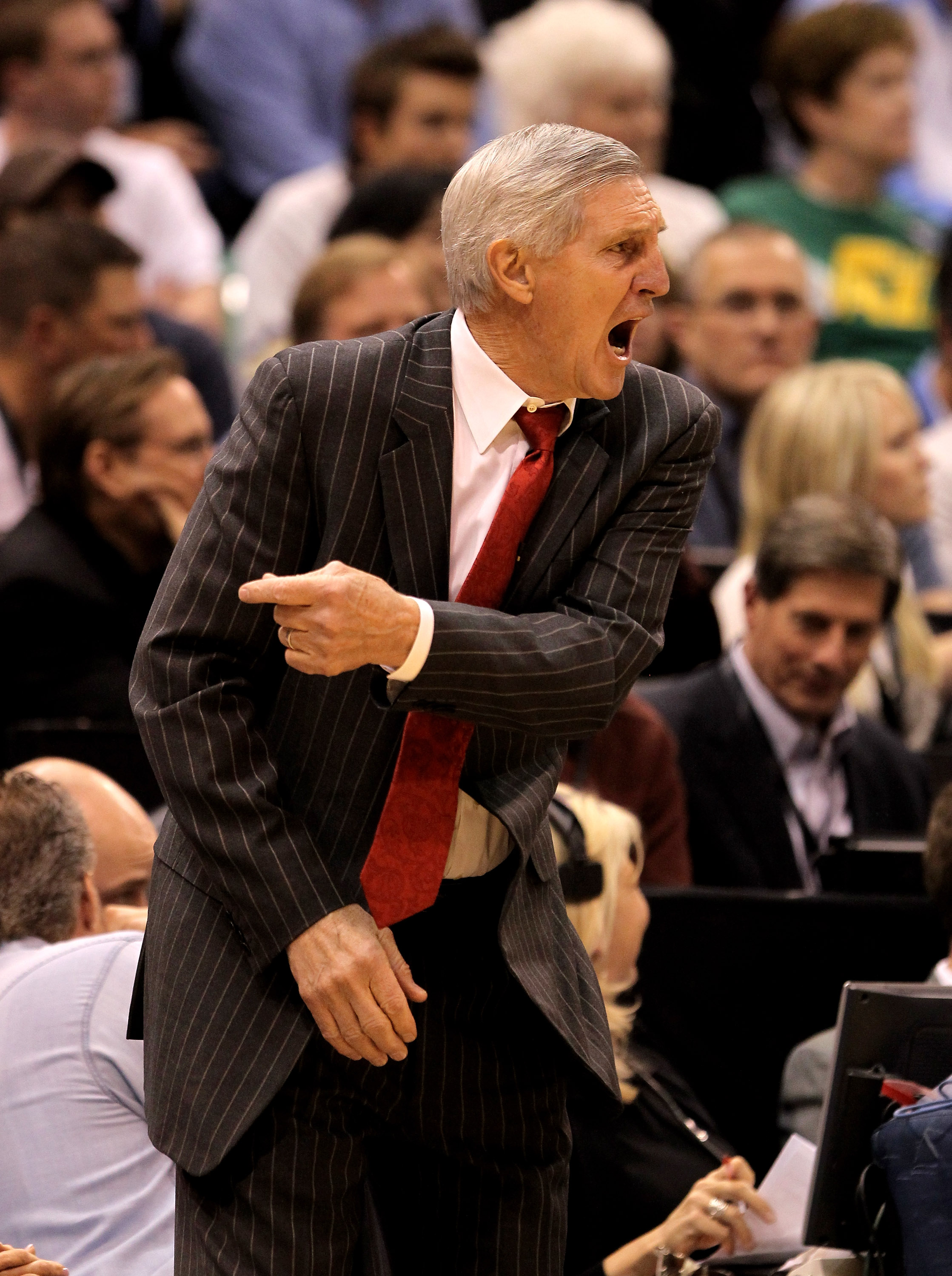 After 22 years on the bench, Jerry Sloan will be back to coach the Utah Jazz next season. And why not? He's still got a great passion for the game and the potential is there. Utah is the third-youngest team in the league, with the best point guard in the NBA.

Yes, there are fans that would like to see some fresh blood lead the franchise. In my opinion, that would be a mistake. Clearly, we've seen Sloan's system work at its finest, as the Jazz were able to chop down the Nuggets in six games, while missing two of their starters.

The bottom line is this: If the Jazz can give the Lakers a run for their money in these playoffs, then reaching the Western Conference Semifinals is a successful season for Sloan and his injury-riddled Jazz team.

However, no matter what the circumstances are, you can bet Sloan will be passionately involved, doing whatever it takes for his team to win.