With Opening Day on the horizon, River & Sunset once again offers Yankees fans a quick and easy way to get to know their team. We can verify that 91 percent of the information below is both accurate and relevant to this year's defending World Series champions. The rest is a mixture of hearsay and outright falsehoods.

Sabathia, CC: Beefy left-hander who lived up to massive expectations in first season in pinstripes. Ability to fill role as Yankees ace and potentially recruit LeBron to Knicks makes him the most important athlete in New York sports history. Remains the most amazing "bear" since Steve Balboni in gay Yankee fan community.

Burnett, A.J.: Managed to make it through 33 regular-season starts and five playoff appearances in 2009 without revealing whether or not he was actually any good. Actively worries that popular whipped cream-pie bit will soon be as stale as the YMCA groundskeepers. 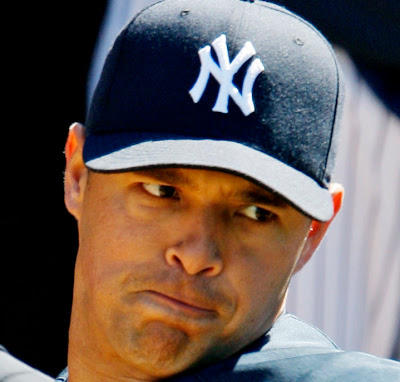 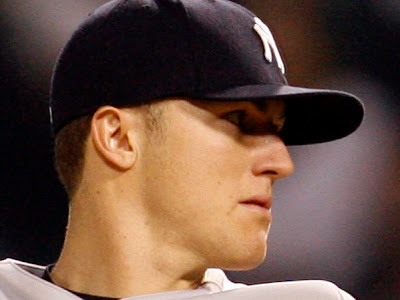 Hughes, Phil: Rightful winner of fifth-starter competition, quirky 23-year-old will be asked to make the leap in 2010. Secretly self-conscious that "Phil Rules" is not as catchy as "Joba Rules."

Mitre, Sergio: Slated long reliever's chief role will be to make sure Mariano Rivera gets whatever he wants, whenever he wants, in Yankees' bullpen. This includes (but is not limited to): Big League Chew, dill pickle sunflower seeds, McDonald's premium roast, bibles, eternal youth serum, and a Luis Gonzalez voodoo doll. 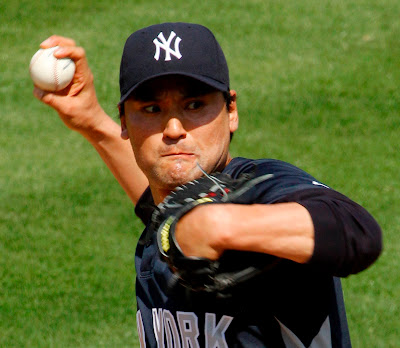 Aceves, Alfredo: Back in bullpen after participating in fixed fifth-starter competition. Had as much chance of winning as Harlan Chamberlain does at outpacing a Kenyan at the Boston Marathon.

Logan, Boone: Trade acquisition will join Damaso Marte to form southpaw contingent of Yankees' bullpen. May or may not have same name as a central historic figure involved in the Battle of the Alamo. 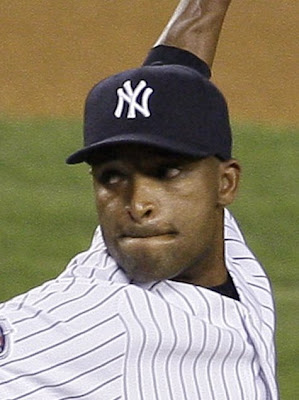 Robertson, Dave: Hard-throwing right-hander may have opportunity to grab eighth-inning setup role if Joba Chamberlain falters. Otherwise, so nondescript that I can't even think of a joke here.

Chamberlain, Joba: Status went from "This guy has NO ceiling!" to "Wait, was this architect a midget?" faster than any phenom in recent Yankees history. Seemed uninterested in winning starting rotation spot this spring. Potentially headed toward flameout of epic proportions.

Rivera, Mariano: Dominant reliever has been goat twice (2001 World Series, 2004 ALCS). Has been G.O.A.T. (Greatest of All Time) in all other instances. 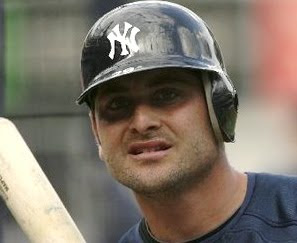 Cervelli, Francisco: Handsome Italian who will be asked to fill cement shoes of previous backup catcher Jose Molina. Became close friend of Alex Rodriguez during 2009 season, likely leading to at least one scenario where he was forced to make awkward conversation with Kate Hudson while A-Rod used the bathroom.

Cano, Robinson: Talented second baseman whose move to fifth position in batting order represents organization's wish that he becomes consistent 100-RBI producer. Often seen crying at locker this spring, holding faded glow stick in one hand and photograph of best friend/ex-teammate Melky Cabrera in the other.

Pena, Ramiro: Beanpole reserve infielder fighting for playing time behind Alex Rodriguez, Derek Jeter, Robinson Cano, and Mark Teixeira. On a positive note, Pena will finally have time to work on that buddy cop screenplay he's always blathering on about. 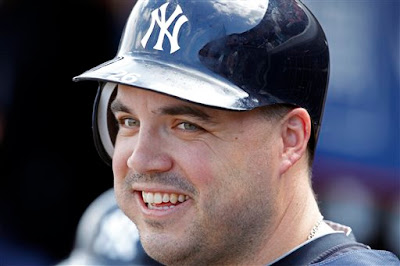 Johnson, Nick: New designated hitter's innate ability to reach base compromised only by a body that is composed entirely of papier-mâché. May score 115 runs this season or twist his ankle and spontaneously combust on Sunday. Vegas lists even odds.

Gardner, Brett: Breaks camp for second straight season as starting outfielder for parent club; hopes to hold onto job longer than three weeks this time around. Misshapen head not conducive to buzz-cut look. 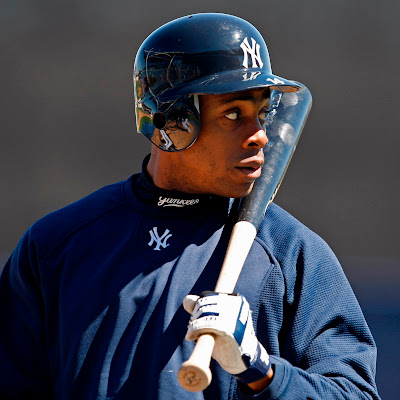 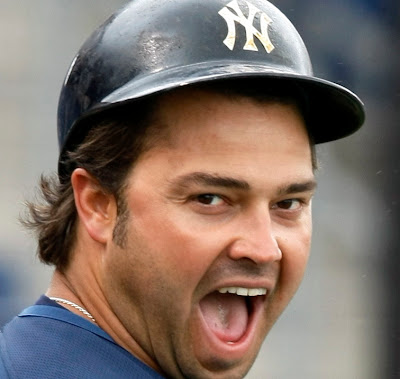 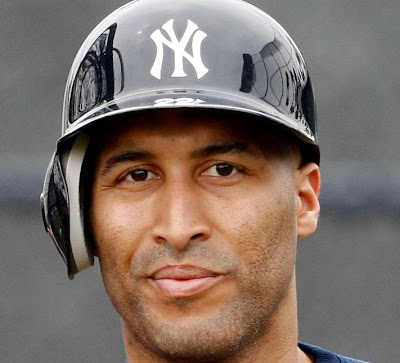 Girardi, Joe: World Series title in second season as manager has made fans forget all about predecessor. Recently stumbled across 1997 made-for-TV movie Joe Torre: Curveballs Along The Way (I implore you to click) and secretly fumed that Showtime didn't approach him for a similar project. "They got Paul Sorvino to play Torre??!!! You're telling me Ray Liotta's not available to play me!!!! I CALL BULLSH*@!"'

Dan Hanzus writes the Yankees blog River & Sunset and can be reached via e-mail at dhanzus@gmail.com. Follow Dan on Twitter at danhanzus .