Seattle Mariners' pitcher Cliff Lee popped up in the news this week when it was announced that he had minor foot surgery.  Although Lee surely has experienced some discomfort, the news may have struck a more painful nerve with Phillies fans.

After the tandem blockbuster deals were announced in December that brought Roy Halladay to Philadelphia and sent Lee to Seattle, a large flurry of debate ensued throughout the world of Major League Baseball. It paled in comparison, though, to the torrent of polarizing opinions, contentious discussions, and deep lament that the Lee trade ignited within the Philadelphia media and fanbase.

For many Phillies faithful, merely hearing and reading the words "Seattle Mariners'" attached to Lee's name tends to inflame December's stabbing pain that subsided into January's throbbing discomfort that begot February's dull ache. If not for the narcotic effect of landing Halladay, area hospitals may have been operating on a wait list.

As I wrote in a post in mid-December ("Halladay is Great, But Really Sorry to See Lee Go "), Lee had become a quick fan favorite, recognized as a truly special talent with a personality that was seemingly custom made for Philadelphia. The city had embraced him, man crushes had proliferated, and nobody saw a near term divorce coming.

And, certainly, the notion that the team could have had both pitchers in their rotation, but instead chose to re-stock their farm system and manage down their 2010 payroll, still remains a bitter pill to swallow. It seems the best that many Phillies fans have been able to do at this point is meekly acquiesce to the logic set forth by Ruben Amaro, some sports radio jockeys, and a handful of the media.

But, despite almost two months passing, the nagging feeling still persists that it just did not have to turn out this way. As much of a coupe it was last July to land the 2008 American League Cy Young winner—Amaro erased it, and then some, in one knee-jerk decision.

In fact, it would not be a stretch to say that the Cliff Lee deal with Seattle could go down as the worst trade in Phillies history, especially considering what is at stake.

With a universally acknowledged and historically rare window of opportunity as a leading championship contender, dealing away one of the game's best pitchers in his prime to stock for the future rings hollow at best. Only time will tell if the three prospects received from the Mariners pan out to be of collective commensurate value, but we will never know how 2010 would have played out for the Phillies with Lee.

At this juncture, it is difficult to believe that those three less than elite minor leaguers are the best that Amaro could have garnered for a Cy Young pitcher who dazzled throughout the postseason just weeks earlier. One pitcher has had arm problems in his first two professional seasons, another had a 5.12 ERA, and the other projects as a fourth outfielder—and none are close to being major league ready.

Besides foregoing being the favorite to win it all this season with Lee in tow, and the continuing possibility of resigning him, the Phillies essentially only netted one additional long range prospect once free agent compensatory picks are factored in.

Doing the math, that amounts to trading the services of Lee for 2010 for one low level minor league prospect. Does that possibly make any sense?

Accordingly, this suggests that finances were the biggest part of the equation with the payroll projecting to be in the $140-150 million range. But, do you give away one of the best players in baseball to clear payroll when you are sitting on potentially the greatest team in the history of the franchise?

Again, it is hard to believe that there were no other means to bring the payroll into the currently established range. The most visible solution would have involved moving Joe Blanton and his $8 million salary. The solid, inning eating Blanton surely could have fetched one prospect, couldn't he?

Perhaps negotiating a buyout with Jamie Moyer to save some dollars and free him to negotiate with another team willing to give him a shot at being a starter was a possibility? Perhaps, the team could have approached some of its higher paid veterans with the carrot of fielding a team for the ages and renegotiated to back load some salary?

Did anyone contact Comcast or WPHL? Where's Bill Giles when you need him?

Heck, Phillies fans probably would have been willing to "pass the hat" at every game to go toward the "Save Cliff" fund. Seriously.

The bottom line is simple. When you have a special player, particularly one who marvelously adds to the team's chemistry—you find a way to keep him.

In retrospect, it appears that Amaro pulled the trigger too hastily due to sticker shock amongst the Phillies brass.  It surely would have made sense to assess the options and stir the creative juices before acting, unless of course, the club feared even greater backlash had they given fans time to bask in the possibilities of having both Halladay and Lee.

Regrettably, turning back the clock is not an option. The deal is done—but to hear Lee's name associated with another team still pings raw nerves of Phillies fans—because it still just makes so little sense. 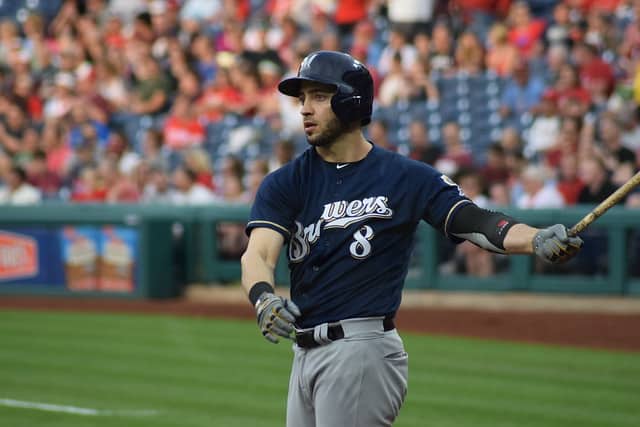