As we pass the midway point and near the All-Star game during the final season being played in old-school Yankee Stadium, one minor detail of the season couldn't be tarnishing it more. The Yankees record: 44 wins and 40 losses.

My explanation for this is two-fold: first the injury bug going around to Posada, A-Rod, Hideki Matsui, Phil Hughes, Ian Kennedy, and Chien-Ming Wang.

The second reason is simply poor chemistry. The club has a great make-up when you analyze the pieces, but they have rarely performed well as a cohesive unit because the make-up of the team is largely inconsistent.

When the top of the lineup produces the middle of the order struggles.

When the middle of the order produces the top struggles.

The bottom of the lineup has been largely terrible all season.

The team has been unable to come from behind all year, and the bullpen has been poor at keeping the leads they do get before giving the ball to the closer. When will they all put it together?

I'm sure no fan can be as disappointed as the manager, Joe Girardi.

Given reigns blessed with the most potent offense in the major leagues last year, along with a veteran starting pitching staff, hot prospects, and the best closer in the game—back in spring training Girardi was probably hoping to be in first place at this point in the season—maybe even with a lead.

Certainly that was the fans expectations, should it not also be the manager or the whole teams' for that matter?

How can one not be utterly disappointed in not only the record, but how it is they've gotten there?

At times, the offense pours on runs and usually with a grand display of power, speed, and clutch hitting.

The problem is they only have about four or five of these games a month.

The rest of the time it's a struggle to score more than a few, and despite the starting rotation's recent supply of quality starts (aside from the 15-6 cookie we recieved from the Mets), you can't honestly expect a starting pitcher to shut out the opponent every day.

Where has the fire gone with the New York Yankees, why don't they play with a sense of urgency yet?

The trade-deadline is right around the corner, and who knows what may happen?

My gut feeling is that Melky Cabrera is going to be sent somewhere to get a pitcher, who and where I have no idea, but with two quality outfielders in the minors he's become expendable.

This kind of move may affect Yankee's second baseman Robinson Cano, Cabrera's best friend, who's struggled plenty this season himself but has shown signs of life at the plate recently.

Who knows how Cano would react to such a move, would his game get better or will he slump?

Melky got off to a decent start but has been ice cold since May with the bat.

Other teams are still interested in him though, as he plays an excellent centerfield and has a very strong and accurate arm. He's a better hitter than his numbers indicate, and hopefully, he will get hot soon or his days in pinstripes may be numbered.

The Yankees need a reliable starting pitcher badly, if not an ace altogether to help replace Chien-Ming Wang.

Joba Chamberlain has pitched beautifully at times but has also shown growing pains and that he still has much to learn.

C.C. Sabathia would be an excellent summer rental—at any cost—even if he signs elsewhere in the offseason for more money.

Who cares about what he does next year if he helps the Yankees win the World Series this year?

Right now, trading Kennedy and Hughes for Santana would have been a good deal. Santana has pitched well for a poor Mets team, and Hughes and Kennedy are both on the DL. Both prospects pitched poorly for the Yankees when they were healthy earlier this year.

Maybe instead, make a move for a hot hitter such as Pat Burrell of the Philadelphia Phillies.

Philadelphia has been trying to move Pat forever, and the Yankees are probably one of the few teams he would waive his no-trade clause for.

With a .275 average in the first half to go along with at least 20 home-runs, 45 runs scored, 51 runs-batted in, and a .414 OBP, getting Burrell would be
an excellent addition to the strong left-handed hitting Yankees club.

Sure, he's a free agent after the year is done, but I recommend caring about what free agents do next year, after the World Series, not before.

Sure, the Phillies would want pitching for him, but the Yankees apparently are flush with pitching prospects. Why not part with a little bit of the future to help out now.

If the Yankees are to reach 100 wins this season, they'll have to earn 56 wins and lose only 22 ballgames from today until the end of the year.

I have a lot of faith in the Yankees, but doing that well certainly would seem to be a stretch even for my expectations at this point.

Something needs to get shaken up on this Yankees club.

Bringing up prospects to fill in the holes hasn't worked and will not work for the Yankees this season. It's led the team to a mediocre 44-40 mark as we near the All-Star break.

Let's go Brian Cashman.  It's time the Yankees bought another world championship. Because if they don't find something to help this team out soon, there won't a celebration during the final season at Yankee Stadium—only mediocrity and criticism. 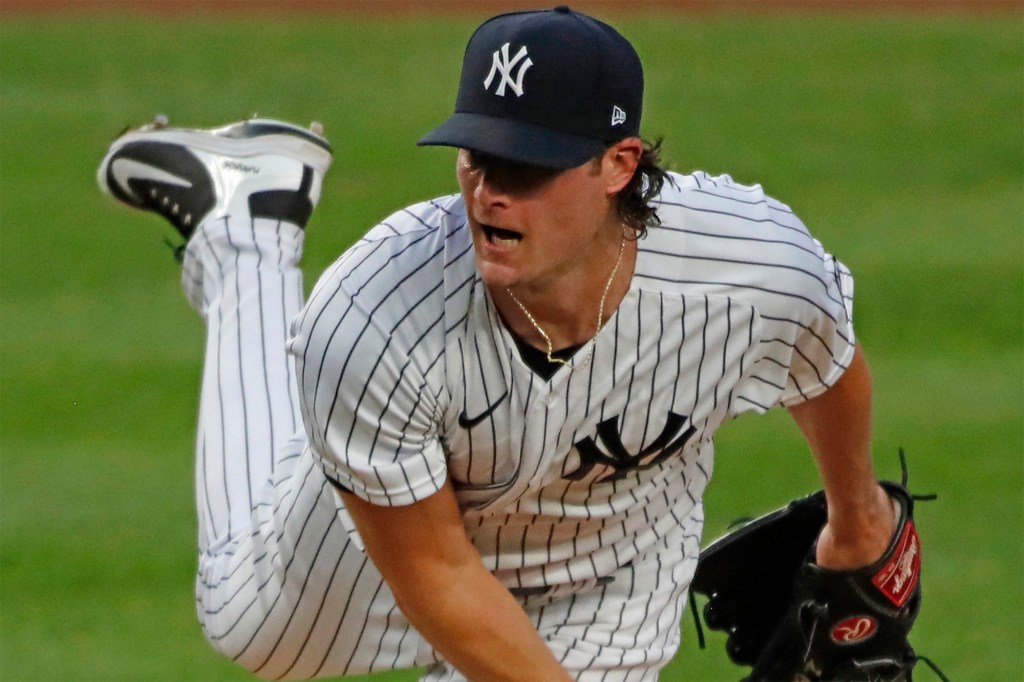 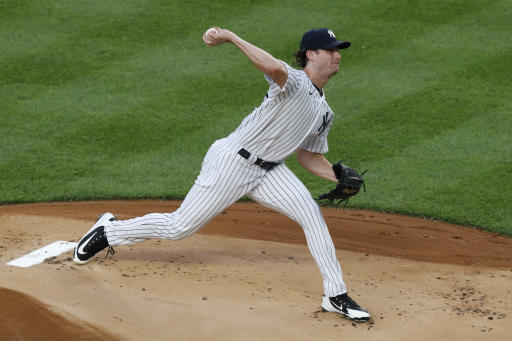