He was an early 30's (in age) slugger, traded several times during the early part of his career until a team in the NL Central finally gave him the opportunity to play full time. At this point, he began to produce big offensive numbers.

He was a middle of the order hitter and a little suspect with his defense, but was durable, averaging over 150 games per season. While the power numbers were there, so were the strikeouts. He averaged over 150 Ks per in his four full seasons prior to becoming a free agent, his first such shot at that big payday.

Nobody paid much attention to the alarming strikeout rates. His detractors said he would never consistently hit the major league breaking pitch, but his proponents said when he gets in a groove, he can hit anything at anytime—and from any pitcher.

*It is my contention that high strikeout rates while power hitters are in their 30's are very big deals. When hitters get into their early 30's, the hitting muscles begin to react slower, and low 90's fastballs appear to approach mid 90's speed. The power hitter, always conscious of the inside fastball, then begins to commit earlier than usual to catch up with formerly hittable fastballs. When hitters then begin to commit earlier, word gets out and they see an even more steady diet of CURVEBALLS AND SLIDERS as out pitches. These hitters are set up with hard stuff, and then are easily retired with junk away.

That scenario happened to me as I continued to play wood bat hardball into my early 40's. Not good for the ego, but I am sure I would have been okay if I had signed a big, multi-million dollar four-year contract.

Anyway, the right-handed power hitter hit the free agency market, got a feeler from his former team, but declined that offer for greener pastures.

He signed with a talented team in the other league, a team that disappointed their fans the prior season by losing over 90 games and finishing in fourth place. In the two years prior, the team won a large percentage of their games, but finished the season out of the playoffs. The year before that, they won their division going away.

So the experienced GM (this was his second gig as a major league GM) thought his team needed a big power hitter since his team was last in the league in home runs the prior season.

He is now out of baseball, and is still only 34. He is known as the sixth worst free agent signing in Seattle Mariner history , although many Mariner fans likely consider him as No. 2 worst signing.

While the player and situation detailed above was not the recent Bay signing by New York Mets GM Omar Minaya**, it is eerily similar to the Sexson signing. And in the end, history will repeat itself with Jason Bay in New York.

**I have always considered Minaya the worst GM in baseball based upon he was GIVEN his initial GM job and all he does is spend an owner's money on free agents. He never develops players within the organization. One of the big problems the Mets had last season were injuries, with no adequate replacements for the injured players' positions. That is Minaya's job as the head of the organization, a job he is terrible at.

This poses a question in regards to big money free agents. What is the main focus of signing these free agents? Is it to appease the fans and fill a role the team needs? Is it to make the GM look good? By this I mean if the player he signs performs well, the GM looks good with the signing.

Sexson put up good numbers, but the Mariners stayed in fourth place, and the Mariners were also near the bottom in home runs in Sexson's first year, too.

This is similar to what the Mets will go through with Jason Bay. He will perform well for the first two seasons, but with the large dimensions of Citi Field, his power numbers will drop. Then his production will decline as he gets into his age 33 and 34 seasons. He will actually be 35 late in his final season.

The Bay signing is a terrible deal for the Mets and Minaya, but takes care of the impatient fans and New York media for the Mets to "do something." The Yankees made a couple of big trades to help their team get better, but Minaya was doing nothing.

Omar and the Met fans need to remember that they are not competing against the cross town Yankees, but against the National League East Philadelphia Phillies, Atlanta Braves, and Florida Marlins.

The key reason to sign another team's expensive players is to help your team win a pennant and World Series. If this player is not the final piece to the puzzle (and Bay and Sexson are not), then it is best to go with your own talent.

With the power and pitching of the two-time defending NL Champion Phillies, the good young pitching of the Braves, and the young, up-and-coming Marlins, it will be very tough for the Mets to win in the NL East.

Especially with their starting pitching of Johan Santana and a bunch of question marks. With Santana having another arm surgery and reaching the age of 31, he may even be a question mark. And in the supposedly easier-to-pitch-against National League, Santana has posted his two worst WHIP's of his starting pitching career. Not that they are terrible WHIPs, but they have steadily gotten worse, as has his strikeout and walk per nine rates.

Except for a few different teams, most recently the 2009 Yankees, signing expensive free agents has not helped a team win titles. Signing a big money free agent like Bay or Sexson should be the final piece of the puzzle, not just an end piece.

Can you see the Met boo birds treating Bay politely when his game declines and he is still being paid $16 million a season? Those same Met fans that are giddy now because the power-hitting Bay is their starting left fielder will be the same fans that will be ripping him in 2012 and 2013.

Similar to how the Mariner fans reacted to Sexson. 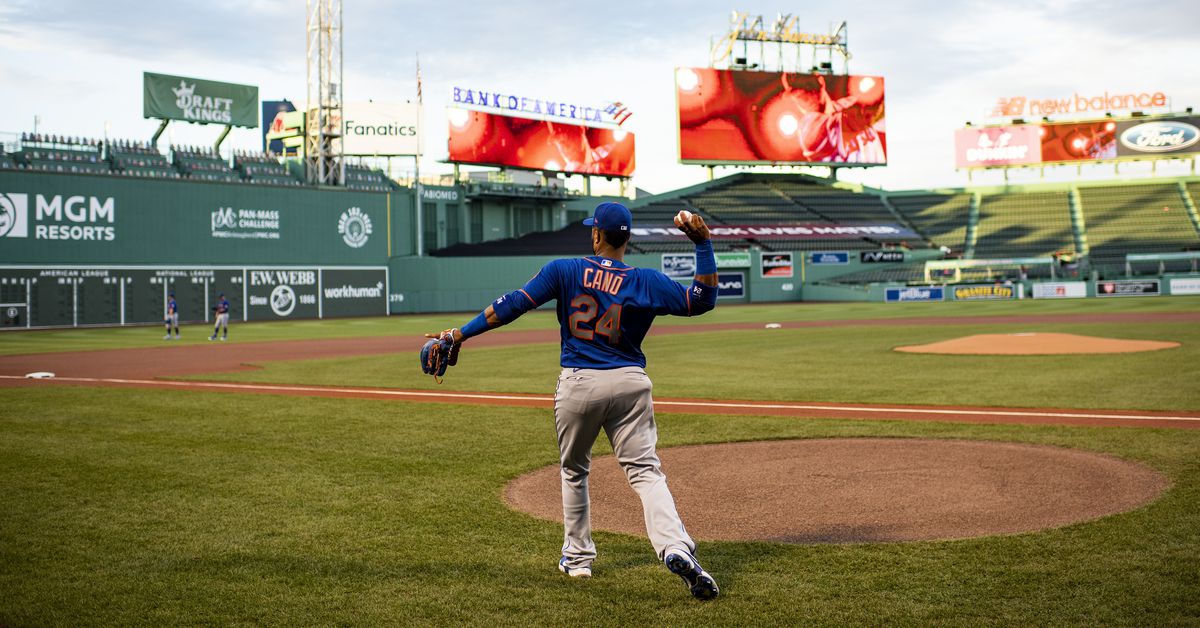