Jake Delhomme is out as QB this week with a hand injury, but this latest ailment is merely a formality for what was inevitably to come. Even without the injury, it's unclear whether or not his shoddy performance in New York was going to allow him to retain the starting position.

Coming in to replace Delhomme as the signal-caller is Matt Moore. The 25-year-old third year QB is getting another chance at the starting spot after finishing out the 2007 season as the first-stringer in place of the struggling David Carr and Vinny Testaverde.

Although undrafted and seemingly overlooked by nearly every scout ranking institution, Moore led a successful career in high school and college, competing with the likes of Matt Leinart and Trent Edwards in the PAC-10.

Moore attended high school at William S. Hart in Newhall, California.  He was a two-year letterman on the football field, once as a QB and the other as a DB. He also excelled on the school's baseball team as a third baseman.

Moore proved to be a true athlete as a senior, leading his team to a 13-0 record playing both sides of the ball.  He was named first team all-state, first team All-CIF Southern Section team, and FarWest Offensive Player of the Year by SuperPrep.

At the culmination of his senior year, he was a nationally top-rated QB, ranked No. 8 by Scout.com and No. 11 by Rivals.com, a site that also had current Buffalo Bill's QB Trent Edwards as the No. 2 QB entering college.

Moore opted to play football rather than baseball in college and eventually chose to play as a Bruin at UCLA. He was initially redshirted as a freshman, but injuries to the first-team QBs forced him to start in the season opener against Stanford. Moore led his team to a victory over the Cards against the sixth rated pass defense in the PAC-10.

Despite his exemplary performance during his debut, Moore only started four of the eight games he played in as a freshman.  He struggled his sophomore year and left UCLA the following year to attend the College of the Canyons in Santa Clarita, California.

Although he hadn't played baseball since high school, the Los Angeles Angels were impressed by the footage they saw and drafted him in the 22nd round of the 2004 MLB draft. Once again, Moore forewent his future in baseball and returned to school in order to play football.

The 2005 season found him at Oregon State University under the tutelage of coach Mike Riley. He flourished in the school's West Coast offense but in week 10, Moore fell to a knee injury.

In the ten games that he did play, Moore finished with 2,711 yards, the ninth highest in OSU history. His 271.1 yards per game finished second only to USC's Matt Leinart.

His senior year at Oregan State was, by far, his most successful. He finished with 3,022 yards, 18 TDs and 7 INTs. His four TDs in the Beaver's victory over Missori in the Sun Bowl set a passing record. His last touchdown came on a 55-yard drive with only 22 seconds left, wrapping up a victory that truly showcased Moore's leadership ability on the field.

As impressive as his final year in college was, experts again overlooked Moore.  He went undrafted in the 2007 draft, one that featured JaMarcus Russel, Brady Quinn, and Trent Edwards, all players that have since been considered flops on the professional level.

Moore was eventually picked up by the Dallas Cowboys but despite a solid preformance in the preseason, he was waived and the Carolina Panthers snagged him instead.

He was placed third on the depth chart under the seemingly formidable QB team of Jake Delhomme and David Carr.  However, early in the year, Jake was injured for the year, later undergoing Tommy John surgery, forcing Carr to take the role as the starter. In the fifth game of the season, Carr went down with a back injury in the first quarter and Moore was given his first chance to play in an NFL regular season game.

His first completion was a 43-yard strike to Keary Colbert but, once again, he was benched when Carr returned to the game at the end of the first half. Injuries continued to plague Carr so the Panthers looked to veteran Vinny Testaverde to revive their offense.

After successive unimpressive performances by both Carr and Testaverde, Carolina gave Moore another crack at the job in week 15 and he responded with a victory over the Seattle Seahawks.

He ended the season as the starter, finishing with 564 total passing yards, 3 TDs and 2 INTs. His performance landed him the NFL Offensive Rookie of the Month award for December.

This week, Matt Moore is going to get another chance to show his ability against Tampa Bay, ironically the last team he went up against in 2007. He'll be taking snaps behind a newly-adjusted offensive line but his quick feet and ability to throw "over" the line of scrimmage should allow him to escape the pressure from a slow Bucaneer's d-line.

While Carolina will most likely lean on their dependable rushing attack, minor injuries to both DeAngelo Williams and Jonathan Stewart should give Moore the chance to exercise his passing attack. Fox will keep him on a tight leash, but I expect he will have success against a struggling Tampa Bay secondary.

Moore will undoubtedly look uncomfortable at first, but if he can overcome his nerves, I believe he will dominate in a game that Carolina needs to win. If he has a consistent performance in this week's game, I don't know how the Panthers can bench him again.

This is the chance he has been waiting for and, quite frankly, it's well-deserved. Moore has been underrated throughout his entire career and this is his opportunity to showcase his athleticism.

He has had three years to develop his technique and improve his decision-making. I'm not convinced he is ready to carry a struggling team on his shoulders, but the options in Carolina are running thin.

The end of his contract is approaching at the end of the year and I think it would be a terrible mistake for Carolina to let him go. The only mentionable QBs slated to become Free Agents next year are Kyle Orton (who is sure to be resigned by Denver), Jason Campbell, Daunte Culpepper, and Chad Pennington, who is expected to retire after undergoing a third shoulder surgery on his throwing arm.

Without a first-round pick in the upcoming draft, it's unclear as to whether or not the Panthers will be able to acquire a rookie QB who will be ready to start in the 2010 season. Moore is not only a viable option, he's the only one we have.

A.J. Feeley is a perennial backup, having played for a slew of teams and impressed none. An inevitable new coach next year may be the catalyst for a house cleaning party, but I hope for Panther fan's sake that Moore returns and as the starter, no less. 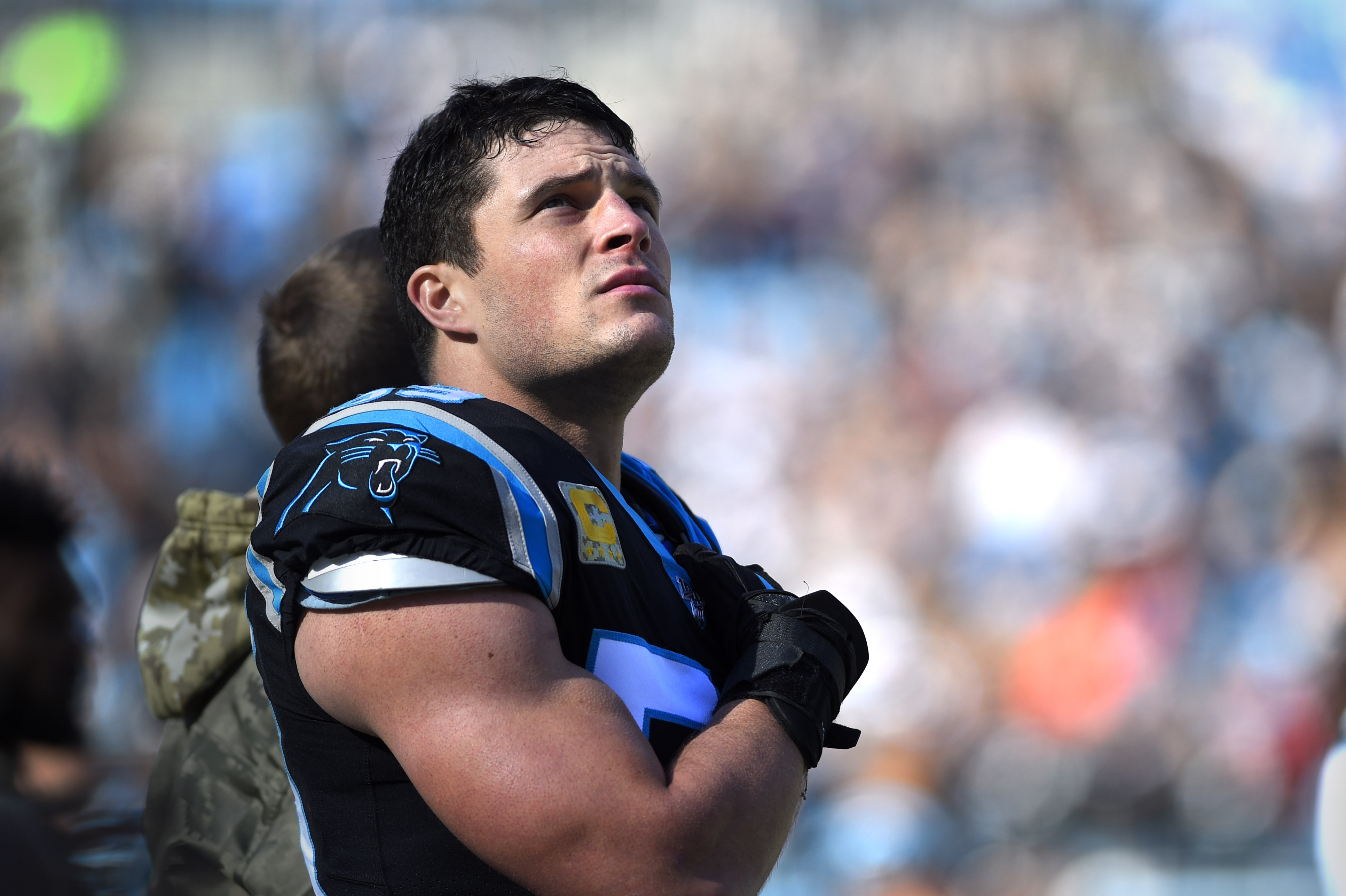