In the wake of their surprising Game 7 loss to the Denver Nuggets in the second-round of the Western Conference playoffs, the Los Angeles Clippers reportedly may be willing to make a splash on the trade market.

According to ESPN's Brian Windhorst, league sources believe the Clippers may have enough pieces to make a trade of significance if they are willing to take on some long-term money.

L.A. entered the season as the co-favorite to win the Western Conference along with the Los Angeles Lakers, but it blew a 3-1 series lead against Denver despite acquiring the superstar duo of Kawhi Leonard and Paul George during the offseason. 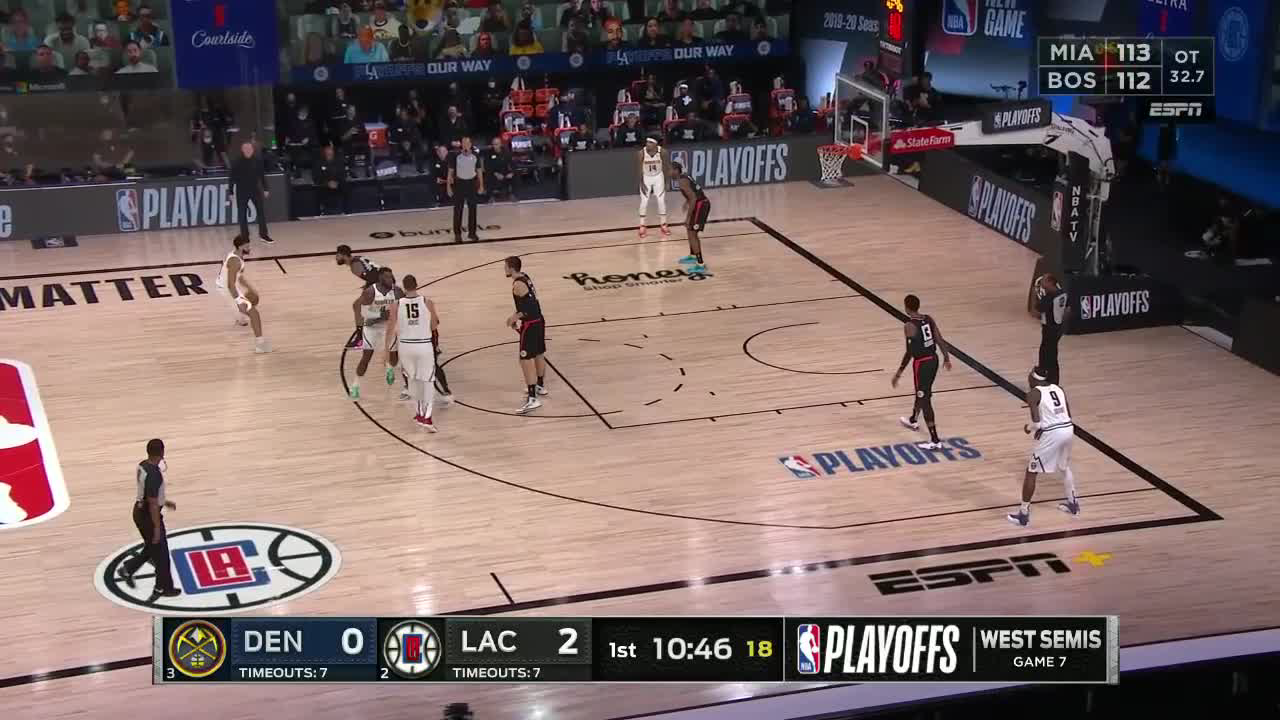 As things stand, the Clippers' core is largely in place for next season, as Leonard, George, Lou Williams, Patrick Beverley, Landry Shamet and Ivica Zubac are all under contract.

Montrezl Harrell, Marcus Morris and Reggie Jackson are all set to hit free agency, though, which means L.A. may have some holes to fill.

Harrell would undoubtedly be the biggest loss, as he averaged 18.6 points, 7.1 rebounds and 1.1 blocks per game this season en route to being named the NBA Sixth Man of the Year.

If they are unable to re-sign Harrell, the trade market may be L.A.'s best option when it comes to finding a replacement. The issue for the Clippers is they have a lot of money tied up in their star players, as George will make over $35 million next season and Leonard will make over $34 million.

The Clippers will also pay Beverley over $13 million and Williams $8 million, meaning there may not be a ton of wiggle room unless Los Angeles ships some salary out.

One rival executive explained the Clippers' financial situation to Windhorst: "You've heard of the saying, 'In for a dime, in for a dollar'? Well, they're in for 95 cents, in for a dollar."

Even if the Clippers don't make any significant changes to their roster, they will still be considered one of the top contenders in the Western Conference next season, as they went 49-23 this season and finished as the No. 2 seed.

A team led by Leonard is going to go deep in the playoffs and be successful more often than not, and that looked like it was being to be the case this year as well until the Clips shocked the basketball world by blowing a 3-1 series lead to the Nuggets.

The loss to Denver was undoubtedly a step back for a Clippers franchise that seemed poised to finally reach the Western Conference Finals for the first time, but the pieces largely remain in place to make a legitimate run again next season.