Miami Heat star Jimmy Butler attempted to start Saturday's game against the Denver Nuggets wearing a No. 22 jersey without anything on the back.

NBA spokesman (continued) on Miami’s Jimmy Butler being asked to take off a jersey with no name and replace it with a jersey bearing BUTLER: ”Per league rules, the uniform may not be otherwise altered and anyone wearing an altered jersey will not be permitted to enter the game.”

After the game, Butler told reporters he didn't know why he was asked to change the jersey and said, "I don't care" when asked about the NBA's explanation.

Butler also said it's "to be determined" if he'll try to play in the same jersey in the future.

The 30-year-old Houston native told reporters in July he had decided against displaying one of the league-approved messages about social justice and racial equality, and he explained his desire to play with nothing on the back of his jersey:

"I hope that my last name doesn't go on there as well. I love and respect all the messages that the league did choose. But for me, I felt like with no message, with no name, it's going back to like who I was. And if I wasn't who I was today, I'm no different than anybody else of color.

"And I want that to be my message in the sense that just because I'm an NBA player, everybody has the same rights no matter what. That's how I feel about my people of color."

Saturday marked Miami's first game of the restarted 2019-20 NBA season amid the coronavirus pandemic at the ESPN Wide World of Sports Complex near Orlando, Florida.

Most players across the league have worn Black Lives Matter shirts while kneeling for the national anthem as part of a silent protest.

LeBron James, the NBA's longtime gold standard, was among the players to take a knee when his Los Angeles Lakers opened play against the Los Angeles Clippers on Thursday:

LeBron James on kneeling during the anthem to protest systemic racism: “I hope we made Kaep proud.” LeBron then explains his gratitude for the military https://t.co/FHYWyD06Hm

"I respect our teams' unified act of peaceful protest for social justice and under these unique circumstances will not enforce our long-standing rule requiring standing during the playing of our national anthem," NBA Commissioner Adam Silver said in a statement Thursday (via Chris Haynes of Yahoo Sports).

Twenty-two teams will play eight games apiece as part of a shortened regular season after play was halted March 11. The Heat have already clinched a playoff berth with a 41-24 record. 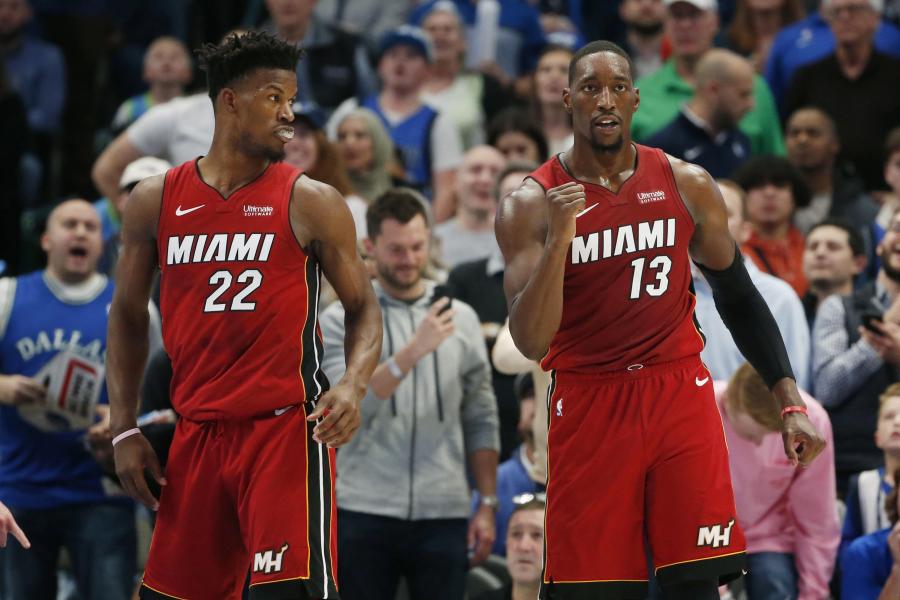