The Kansas City Chiefs may have a holdout situation on their hands.

In response to an NFL Network report that the Chiefs don't see him as a player worth $20 million or more per season, star defensive lineman Chris Jones suggested Tuesday he might not play during the 2020 campaign if he doesn't get a contract extension:

@ArrowheadLive Or I won’t play. @LeVeonBell told me about this

Jones was referencing New York Jets running back Le'Veon Bell and his 2018 holdout, in which he sat out the entire season during a contract dispute with the Pittsburgh Steelers.

Jones, 25, makes a strong case for deserving a lucrative contract extension. He was excellent yet again in 2019, posting 36 tackles (eight for loss), nine sacks, 20 quarterback hits, a forced fumble and a fumble recovery in 13 games.

"Over the past two seasons, only [Aaron] Donald and [Fletcher] Cox have more total pressures among interior players than Jones, who has racked up 132 pressures and has the second-best PFF pass-rushing grade in the league, trailing only Donald among players at any position. Jones has shown, when healthy, he has the ability to take over and dominate games, as he was a big part of the Chiefs' Super Bowl victory with multiple key plays."

Jones may not be on Aaron Donald's level (nobody is), but Philadelphia's Fletcher Cox is a fair comparison.

In 2016, the Eagles handed Cox a six-year, $102.6 million contract with $63.3 million in guaranteed money. Donald, meanwhile, became one of the highest-paid players in football when he signed a six-year, $135 million extension with $86.9 million guaranteed.

Jones will likely argue that he should settle somewhere between those two, hoping to get closer to Donald money. The Chiefs, however, will presumably be signing quarterback Patrick Mahomes to a record-setting extension at some point, which will naturally impact how they spend their money elsewhere.

That could have the Chiefs and Jones heading straight into a contractual standoff and a potential holdout. 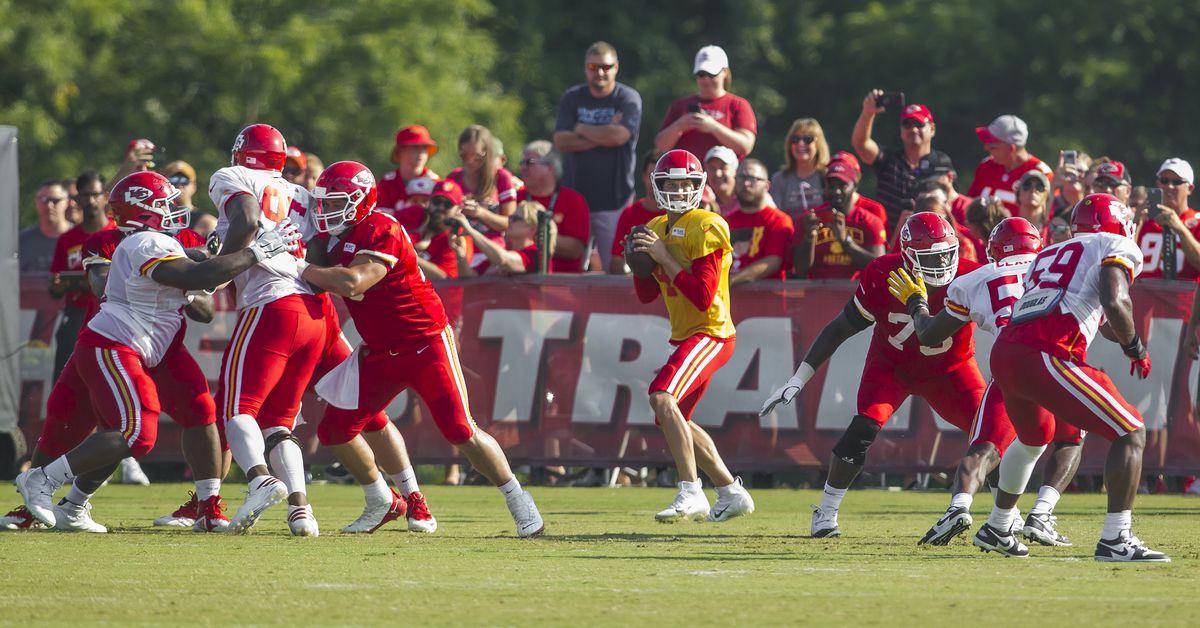