Another quarterback spot is taken, and Cam Newton remains unsigned.

On Friday, ESPN's Adam Schefter reported the New York Jets signed former Super Bowl MVP Joe Flacco to a one-year deal worth $1.5 million with incentives that could increase the total to $4.5 million.

While Flacco will surely back up Sam Darnold, it is still notable to see another quarterback signed before Newton given the latter's resume.

It is also easier at this point to rule out destinations than find realistic landing spots when it comes to Newton. After all, the Chicago Bears added Nick Foles, Washington brought in Kyle Allen to challenge Dwayne Haskins, the Indianapolis Colts added Philip Rivers, and the Los Angeles Chargers drafted Justin Herbert.

Still, this is Cam Newton we are talking about.

He is one of the defining figures of the NFL in recent years with a resume that includes a league MVP, Super Bowl appearance, three Pro Bowl selections and an Offensive Player of the Year. He is also just 31 years old and not that far removed from the 2018 campaign when he threw for 3,395 yards and added 488 more on the ground. 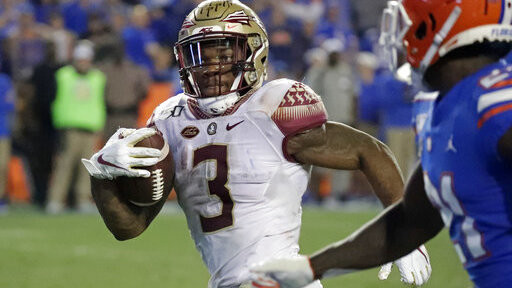 There remain questions about Newton's health after he played just two games last year, but he is posting videos and pictures of workouts on his Instagram page that suggest he is staying ready for a return to football even amid the COVID-19 pandemic.

The New England Patriots don't feel likely since they apparently believe in Jarrett Stidham and have done nothing to suggest they don't support him as the starter.

Still, Stidham was a fourth-round draft pick last year and has thrown four NFL passes in his career. Head coach Bill Belichick could see signing Newton as an opportunity to win post-Tom Brady, meaning the possibility cannot be fully ruled out.

They all make sense seeing how Newton could slide right into systems in Baltimore and Arizona as a mobile quarterback if Lamar Jackson or Kyler Murray suffered an injury. What's more, he could be an insurance policy in Los Angeles if Jared Goff continues to regress after he led the Rams to the Super Bowl in 2018 with 32 touchdown passes and then missed the playoffs entirely last year with 22 touchdown passes to 16 interceptions.

Until Newton signs somewhere, he will remain a major storyline and enticing possibility for teams that need help at the quarterback position.