Dan Hooker won a split decision over Paul Felder in a fun technical brawl to close out UFC Fight Night 168 from Spark Arena in Auckland, New Zealand, on Sunday (Saturday in the U.S.).

The major development in the first round was damage to Felder's eye. In the midst of an intriguing firefight in the first frame, Hooker caused Felder's eye to swell, and the issue would plague The Irish Dragon for the rest of the bout.

The second round continued the fun kickboxing theme. The damage to Felder's eye didn't keep him from letting loose and aggressively looking to close the distance, but Hooker was able to catch Felder coming in several times as the two made the judges' job difficult.

The blistering pace didn't stop, as both fighters looked to push it.

327 combined significant strikes thrown through three rounds. Quite the pace in this main event.

The main event rounds saw the fight take a bit of a turn with Felder upping his aggression. Hooker had obvious swelling in his jaw as the two fought at closer quarters and Felder landed with more regularity.

It all set up a dramatic fifth round with the fight potentially in the balance. Hooker resorted to some wrestling and scored a takedown to close out the final minute, which could have been the determining factor in the judges' eyes.

The win was big for Hooker, but it also may have marked the end of a memorable career for Felder. He talked about potentially retiring to spend more time with his daughter after the bout.

Felder has taken his right glove off. Not the left. Now he’s taking the left off. Doesn’t fully commit to the retirement but says he misses his daughter too much getting ready for these fights.

It was a bout that lived up to the hype as a great striking match, and while the result could have gone either way, it was a great display of skills from both parties.

Here's a look at the rest of the action from Auckland.

Jimmy Crute lost his last fight by Peruvian necktie, so it only made sense that he came back from that loss with a slick submission of his own. The rising star cranked a nasty kimura to finish Michal Oleksiejczuk in the first round.

Jimmy Crute is now the 5th fighter in UFC history to win 2 fights by kimura submission, per @ESPNStatsInfo. No one has 3. The others with 2: Krzysztof Soszynski Rani Yahya Frank Mir George Sotiropoulos

The Aussie showed incredible maturation after suffering the first loss of his career. He showcased the crisp striking he has shown before, but he also showcased a devastating grappling game that he has clearly developed in response to the loss to Misha Cirkunov.

At just 23 years old, Crute is the rare young talent in the light heavyweight division. It's still early, but results like these make him exciting new blood in a division that has desperately needed it.

The strawweight division has officially been put on notice. Yan Xiaonan is legit.

The 30-year-old took on her biggest test to date in Karolina Kowalkiewicz and swept all three scorecards 30-26.

Xiaonan proved to be too big, too fast and too effective in her approach. A flurry at the beginning of Round 1 opened a cut on Kowalkiewicz's eye, and it was all downhill from there for her. Fury picked apart her opponent with a barrage of striking as Kowalkiewicz buckled under the volume of strikes.

Xiaonan moves to 5-0 in her UFC career and has suffered just one defeat in her career.

Kowalkiewicz's plummeting stock has been one of the more disappointing storylines in the division. The one-time title challenger is now 2-6 in her last eight bouts.

The heavyweight matchup between Ben Sosoli and Marcos Rogerio de Lima was never meant to go very long. Both fighters are known for knockouts, and it was de Lima who scored the early knockout this time.

It only took the Brazilian one minute and 28 seconds to get the finish. His power and length were simply too much for Sosoli to handle, as de Lima was able to land the looping shot while Sosoli was trying to close the distance.

De Lima hasn't been able to really gain momentum in his run with the UFC, but he's had exciting finishes. Nine of his 10 fights with the organization have ended before the final bell, but he's just 6-4 in those fights.

Sosoli's run with the organization might be in jeopardy after this one. This showing combined with a loss to Greg Hardy that later became a no-contest aren't ringing endorsements of his potential.

Brad Riddell opened the main card with a big win in front of his fellow compatriots. The 28-year-old fought it out with Magomed Mustafaev for the duration of three rounds, with his striking being the difference.

Riddell looked like he might be able to end the night early in the first round. He landed a massive right hook that floored his opponent, but Mustafaev was able to rally and made it a close round with his wrestling.

As Aaron Bronsteter of TSN noted, his wrestling was a much bigger factor in this bout than his previous UFC outings:

Magomed Mustafaev had not landed a single takedown in his previous four UFC fights (0/5). He landed 8/10 against Brad Riddell.

One judge did score the fight for Mustafaev, but Riddell's power-punching and damage accrued in both the first and third rounds were likely the reason he got his hand raised in the split decision.

The win is Riddell's second in as many UFC appearances. With that kind of power and mentality, this won't be the last fans see of him. 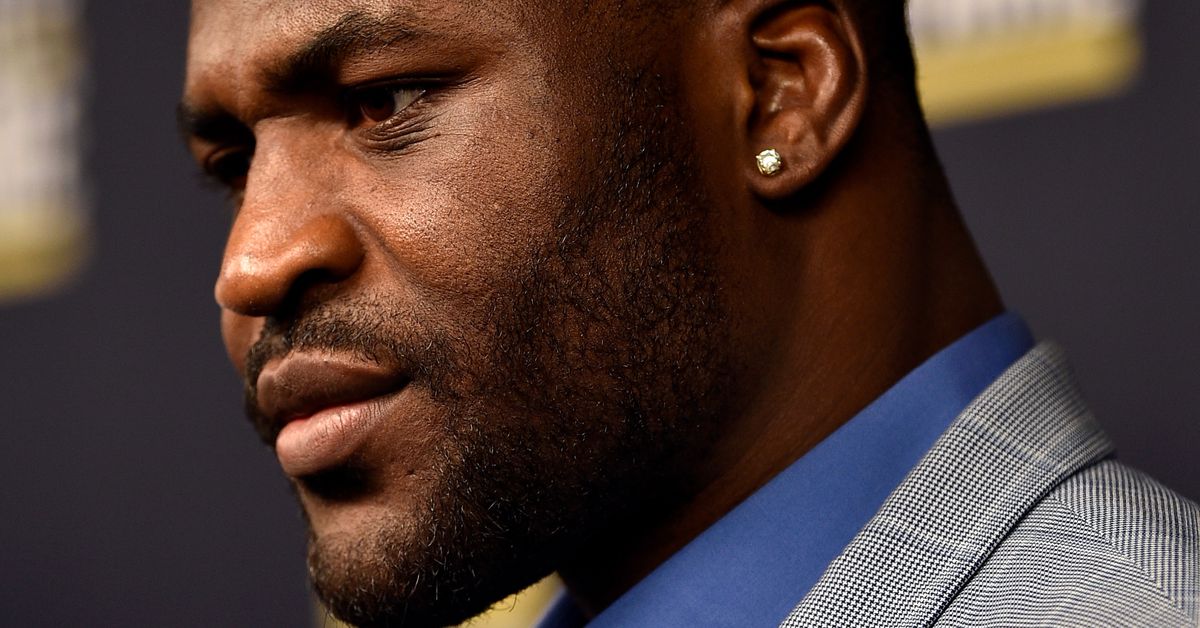