King wrote he thought the decision was "best for me and my family":

I’ve entered the portal I think it’s best for me and my family!

The senior entered 2019 as the Cougars' starting quarterback before announcing in September he was sitting out the year in order to preserve his final year of eligibility for 2020.

The Athletic's Andy Staples explained at the time how the move benefited Houston.

The Cougars, who had started 1-3 and would win four games, were effectively rebuilding in Dana Holgorsen's first season as head coach. They were particularly porous on defense, finishing 113th in points allowed (34.0) and 118th in yards allowed (467.5).

Staples noted Houston is getting some defensive help in 2020, so Houston stood to gain from King turning his focus to next year:

"By coming back when Houston will have the services of some notable currently-sitting-out-per-NCAA rules transfers (linebacker Eyabi Anoma, receiver Bryson Jackson, safety Hasaan Hypolite, cornerback Kelvin Clemmons, cornerback Marcus Jones and safety Thabo Mwaniki), King will join a more complete team. Notice which side of the ball most of those guys play on?"

Of course, the plan unravels in the event King leaves the team. Entering the transfer portal doesn't guarantee his departure, but he's bound to have interest from Power Five schools looking for an immediate fix at quarterback.

D’Eriq King entering the transfer portal makes Houston’s 2019 season even more bizarre. If he’d stayed, you could say they were saving him for a more favorable 2020. Now? 🤷‍♂️

As a junior in 2018, King threw for 2,982 yards and 36 touchdowns while running for 674 yards and 14 scores. He began 2019 by throwing for 663 yards and six touchdowns through Houston's first four games. He showed off his running ability on a 35-yard touchdown run against Tulane:

.@UHCougarFB's D'Eriq King now has a pass TD and rush TD in 15 straight games, breaking Tim Tebow's previous record (14) for the longest streak in FBS history. No other player has an active streak longer than 3 games. https://t.co/gDhbXaPmjj

Losing King would be a huge blow to Holgorsen. Clayton Tune was the team's leading passer (1,533 yards, 11 touchdowns, nine interceptions) and will likely remain the starter with no quarterbacks committed to the Cougars in 2020.

ESPN's Sam Khan reported Arkansas is a "potential landing spot" for King. The Razorbacks hired Kendal Briles as their offensive coordinator, and Briles served in the same role for Houston in 2018.

Khan added that "multiple Power 5 conference programs are interested in King and have been anticipating the day he would enter the transfer portal." 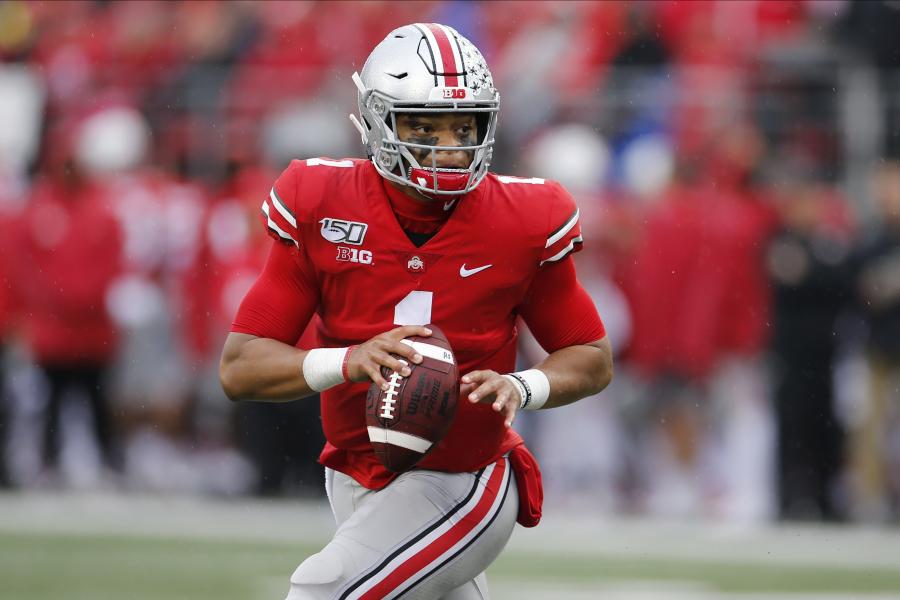