Manchester United striker Marcus Rashford has praised summer signing Daniel James and said the 22-year-old has the quality to cause opposing teams nightmares.

Rashford told the club's matchday programme (h/t Oli Gamp for MailOnline) that the youngster will improve at Old Trafford as his team-mates get used to his playing style:

"Dan has been brilliant since he came in He works hard in every single game and, when it comes down to it, that is all you can ask of each player – to give it all they've got. He definitely does that and, if we can adapt more to his playing style, he can cause some teams nightmares down the right-hand side, as we've seen in some games this season.

"I like his deliveries as well. He takes his time and doesn't just cross it. He lifts his head up and tries to pick you out. It's these little things that, as time goes on, he will definitely improve on and build on."

James joined Manchester United from Swansea City in June on a five-year contract for a reported fee of £15 million and has impressed for Ole Gunnar Solskjaer's side.

The Wales international has featured in all but one of Manchester United's Premier League matches and made an immediate impact with three goals in his first four games for the Red Devils:

He has also contributed six assists in the Premier League, the highest tally of any Manchester United player, and his work-rate and desire have also caught the eye:

Daniel James won more fouls (5) and made more tackles (4) than any other player on the pitch in Man Utd's 2-0 win vs. Burnley. Rewarded with an assist for his relentless work. ⚡️ https://t.co/y4TWKtdYJd

The winger has also delivered the goods in games against the club's big rivals. He was on target in the 4-0 win over Chelsea and picked up assists against Liverpool and Manchester City.

James's strong form at the start of the campaign saw him win the club's Player of the Month award for August:

Very proud to win the @ManUtd Player of the Month award for August! A big thank you to everyone who voted for me, and a special thanks to @Evra for presenting the award to me. I love this game! 😁🔴 #MUFC https://t.co/QXPmuePyVf

However, the Welshman's goals and assists have dried up in recent months, and Solskjaer has said the young winger is in need of a rest, per Samuel Luckhurst at the Manchester Evening News:

James has appeared to be feeling the effects of his first season in the Premier League in recent weeks but has still proven to be a strong signing by Manchester United. His goals, assists and tenacity make him a difficult opponent and he looks to have a bright future ahead of him at Old Trafford.

Rojo More Than Likely to Leave Man Utd in Summer 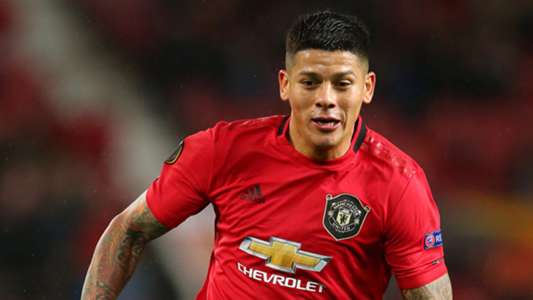 Rojo More Than Likely to Leave Man Utd in Summer