The worst-kept secret in the game is now official: Three years after cementing his legacy by managing the Chicago Cubs to a World Series title, Joe Maddon is going to Disneyland. He's the new manager of the Los Angeles Angels.

But for a bowl of soup, this was going to happen 20 years ago.

And, oh, how different history might be had visionary general manager Bill Bavasi successfully executed the plan.

Maddon surely would not have managed in Tampa Bay and led the Rays to their only World Series appearance (2008).

He likely would have never made it to Chicago and, who knows, maybe the Cubs' streak would be up to 111 years without a World Series title.

And, probably, Mike Scioscia wouldn't have had his 19-year run managing the Angels.

You never know when one single lunch might change the course of history.

The Angels were in the market for a new manager in 1996 after blowing a large AL West lead down the stretch in 1995 and following that up with a clunker of a '96 season. Bavasi, then the GM, had identified a young, personable, quirky and whip-smart coach as future managerial material. 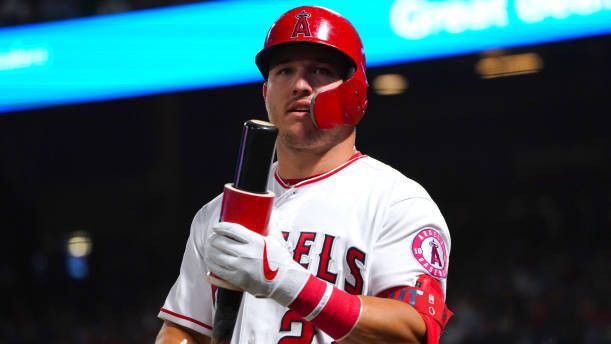 But he didn't think Maddon, then 42, was quite seasoned enough.

Meanwhile, a year earlier, a future Hall of Fame manager named Sparky Anderson had just ended a 17-year run with the Detroit Tigers. Sparky was a fixture at Angel Stadium, then called Anaheim Stadium, and a local. His home in Thousand Oaks, California, was just 65 or so miles from Anaheim.

Bavasi's idea: Convince Anderson to add one more chapter to his career. Anderson would manage the Angels for two seasons with Maddon as his bench coach. Maddon's education would continue under one of the grand old legends of the game, and by the time his apprenticeship was finished, Sparky would pass the torch and Joe would be seasoned and ready to take charge.

"I'd known Sparky since I was a kid, and I loved him, loved his work," says Bavasi, who now is senior director for MLB baseball and softball development and works under another former Angels GM, Tony Reagins. "I think at that time in life he could have still been really good."

It was the perfect plan and, quietly, Anderson, then 62, was on board. A lunch was arranged to discuss things further: Anderson, Bavasi and Tony Tavares, the Angels team president.

And then Sparky ordered soup.

As he drew his spoon from the bowl to his mouth, his arm shook and some soup splashed.

The Angels at the time were owned by the Walt Disney Co., and Tavares was head of Disney Sports Enterprises. Not only was he responsible for the ballclub, but Tavares had a corporate image to manage.

After lunch, he nixed the idea.

"I've seen a lot more people have their soup spoons shake a lot worse who have led huge companies to success and have started other careers in their lives," Bavasi says. "I think it was just somebody who didn't know Sparky and saw him for the first time, or close to the first time.

"You can't blame Tony. If you were in the same spot Tony was in, you'd have done the same thing. You'd have to have known Sparky to say, 'I'm not worried about this, it's been this way for 10 years.'"

But much as Tavares was enamored with the idea as well—"He loved the idea, that's why we got as far as going to lunch," Bavasi says—he didn't know Anderson like others. And he couldn't get past the shaking.

"If it was just me, or Alan Trammell, or Kirk Gibson, nobody would have noticed because we had all seen it for a while," Bavasi says.

So instead of Sparky Anderson, the new Angels manager for 1997 wound up being Terry Collins.

Collins lasted three years and resigned late in the 1999 season amid clubhouse turmoil so bad that there was a mutiny against him.

The interim manager for the final month of the '99 season after Collins' resignation was…Joe Maddon, who had been retained as a coach on Collins' staff. But the idea of an apprenticeship was long gone, and given the player rebellion, the Angels went outside the organization at season's end and hired Scioscia.

Maddon waited another seven years before Tampa Bay gave him his first break as a manager in 2006. And now, as Maddon returns to the organization for which he spent his first 31 years in professional baseball, crazy as it might seem, he's nearly four years older than Anderson was during that fateful lunch.

Bavasi's plan was top secret at the time and kept quiet for years. Mostly out of sensitivity to Anderson, who, understandably, didn't want to be in a public position where he was up for a job and wasn't chosen, given all he had done in his career.

Maddon, in fact, didn't even know of the plan until I told him about it a few years ago.

"I couldn't be more grateful, sincerely, for how things have worked out for me in my baseball career," Maddon told me then. "I've always been a big believer in not having anything happen to you before it's time. In other words, I had to earn this opportunity, and I felt like I did by 2006.

"Having said that, when you get a chance to work below the best professor and earn your doctorate degree with this kind of Aristotle, or Socrates, whoever this man was as a baseball manager, it would have been outstanding."

Maddon certainly has earned everything that's come his way, and he is a different man today than the one who bade the Angels farewell after the 2005 season. He will need every ounce of his baseball acumen and interpersonal skills, too: This is an organization reeling from the death of Tyler Skaggs and the recent testimony by club employee Eric Kay that not only did Kay supply Skaggs with drugs but that other current and past Angels were using opioids as well.

While the Drug Enforcement Administration investigates, on the field the Angels have lacked pitching, lost 90 games this season for the first time since the Collins-to-Maddon transition in 1999 and have failed to get Mike Trout to the playoffs for the past five seasons. There is a whole lot of heavy lifting to do, but Maddon remains well-liked in the organization, in Southern California in general, and the respect he commands at least will provide the organization some cover.

"Joe is Joe, man," Bavasi says. "I think people think he's strange sometimes, his quirkiness, but he's been that way ever since I've known him. I never saw it as quirkiness. I just saw it as Joe. The one thing he is is sincere, and because of that sincerity, if Sparky were there, he would have wrung that rag dry. He would have gotten everything you could get out of Sparky. Joe hasn't come across anybody from whom he hasn't taken their best traits and put them somewhere in his notebook.

"Look, fate is what it is. Brad [Ausmus, who was fired as manager last month] was not there, Mr. Moreno [Angels owner Arte] was gonna choose the manager, and Billy [Eppler, current GM] could not have done better. Joe will have no agenda except to make them better, help Billy do his job better, ask Billy to help Joe do his job better. It'll be a collaboration. Once Brad was gone, I was a little worried for Billy. With Joe, he's got nothing to worry about. Swear to God. I'll stake my life on it." 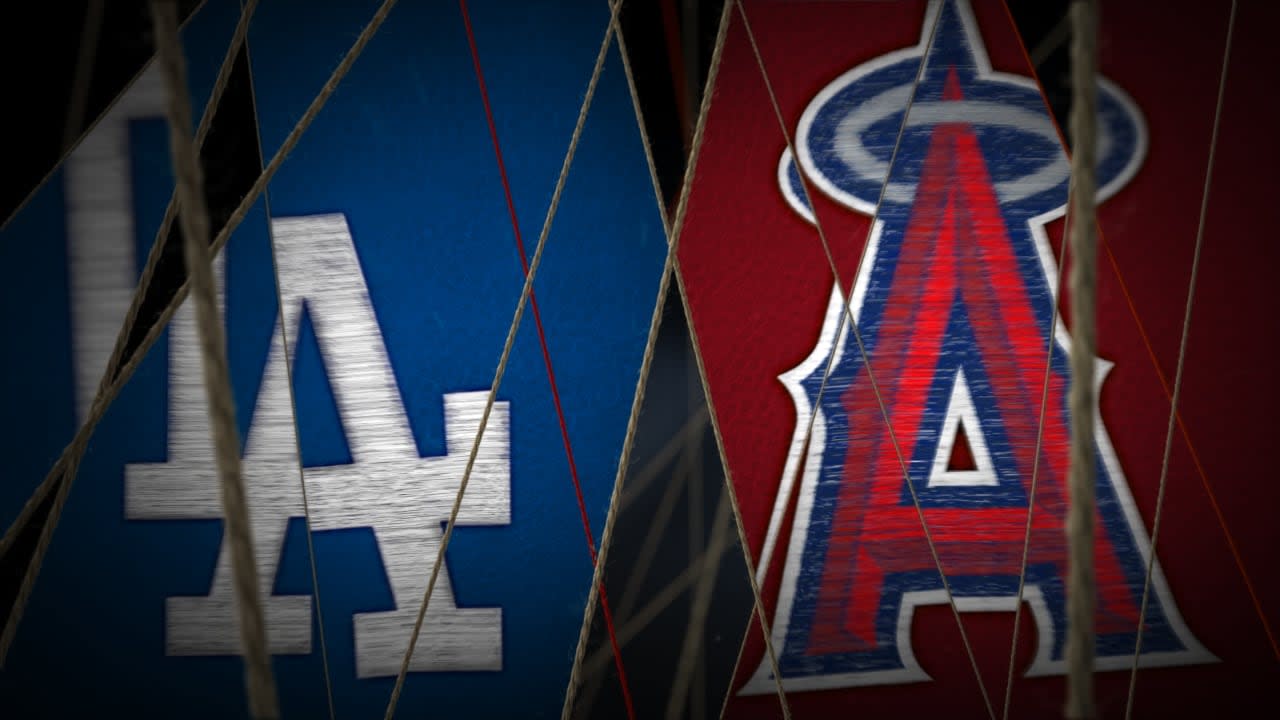 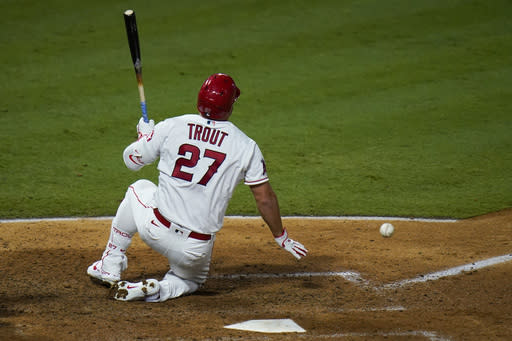 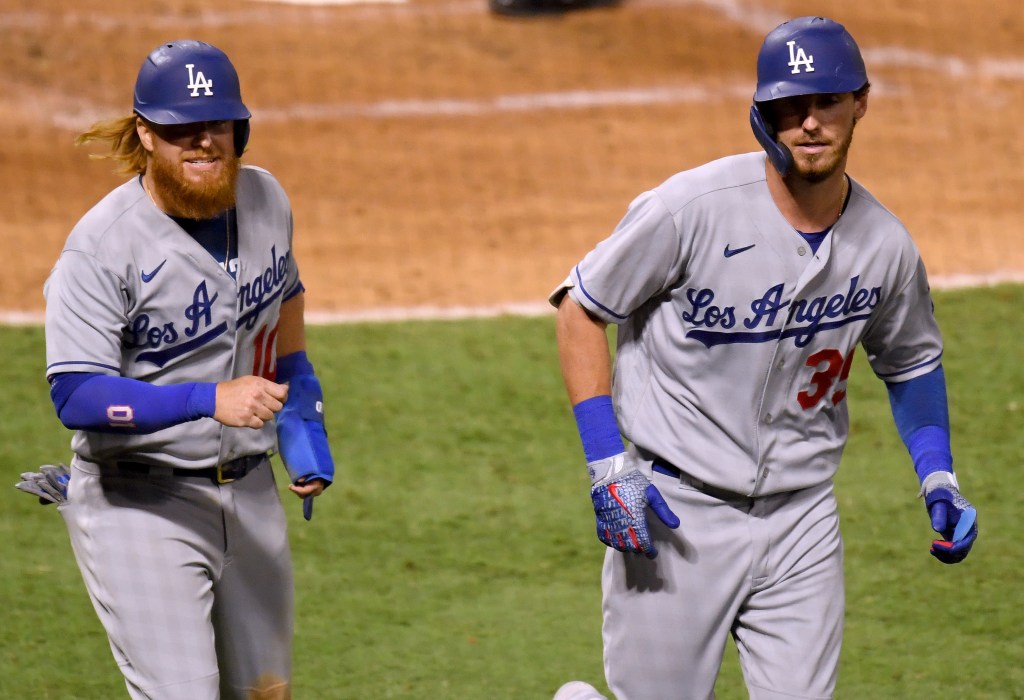 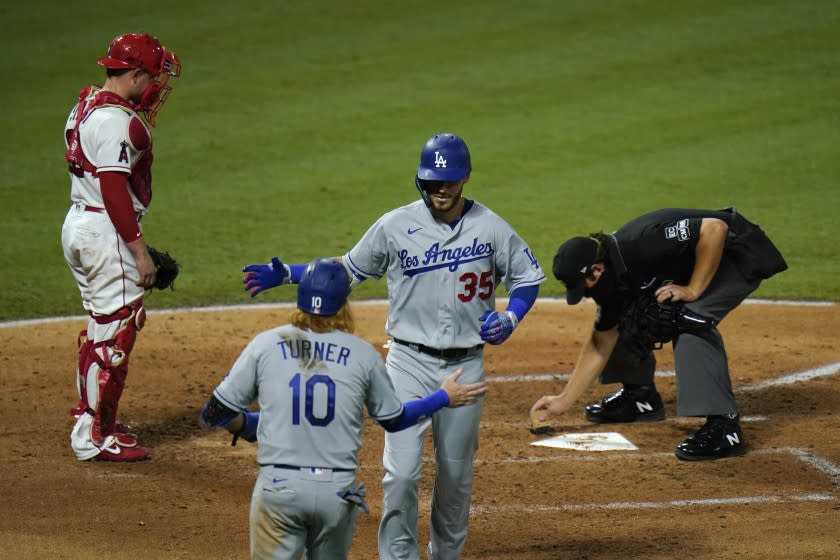