Quarterback Cam Newton has been one of the best players of his generation. One of the smartest, toughest and most transformational. All of that is true.

But what we are seeing is that for the first time in the Newton era, he faces a legitimate challenge to his reign.

Kyle Allen is 4-0 as Newton's replacement while Newton is recovering from a foot injury. As a quarterback, Allen isn't in the same universe as Newton. Newton clearly can be better, but that's not necessarily the point.

The point is Newton's injury history and what is clearly a physically broken-down player. It's not a matter of Newton being healthy. It's if he can stay healthy.

What I can tell you with certainty is that no decision has been made about what happens when Newton is healthy again.

What one Panthers team source said Sunday after they beat Tampa Bay 37-26 was this: "No one really saw this coming, and now it's a tough decision."

One AFC general manager tells me he believes the trade market for Newton would be robust, and maybe as many as 10 teams would be interested. The concern teams have, this GM said, is Newton's health. 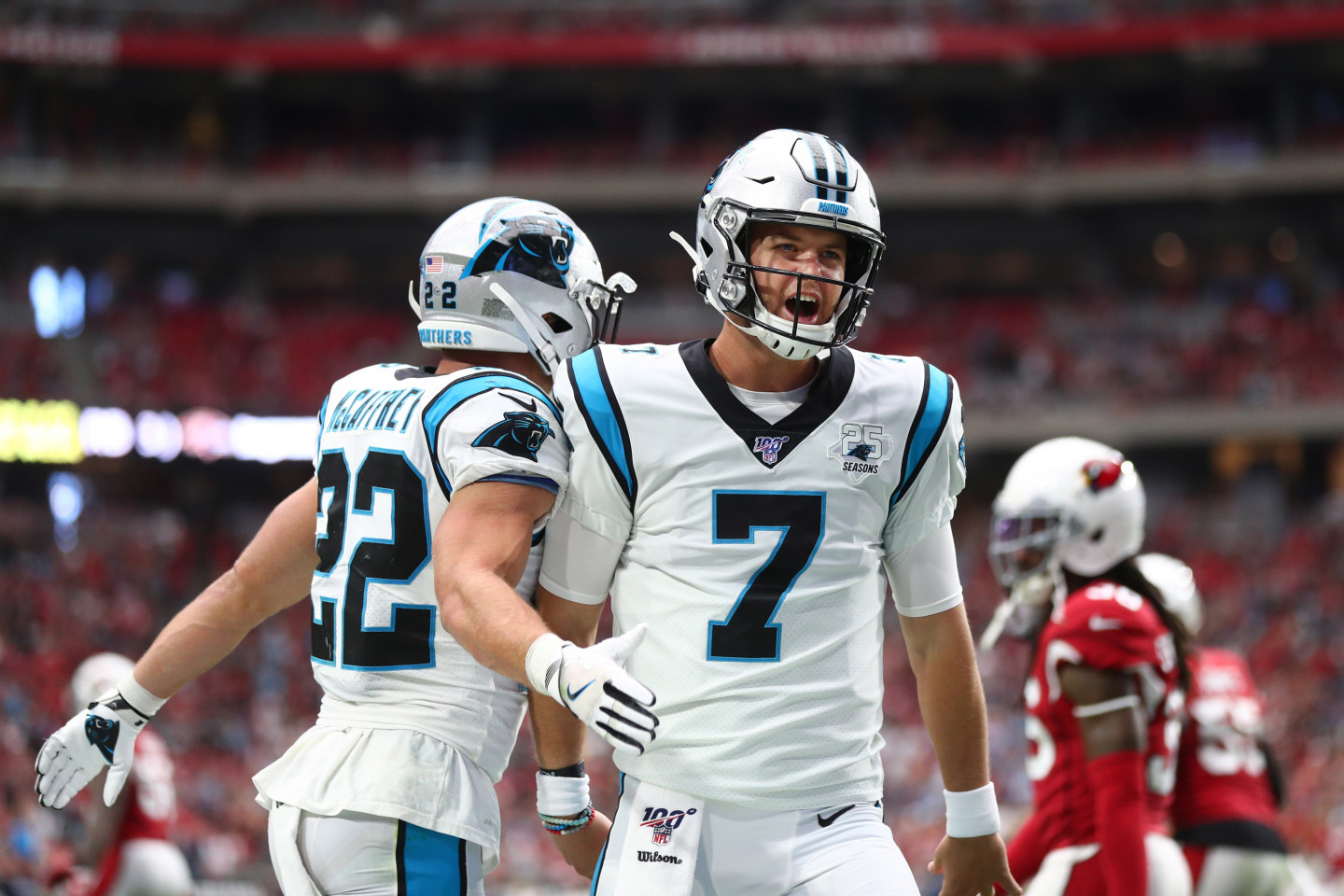 There are other teams, however, that think Newton has little left. Front-office personnel for these teams also believe that the Panthers privately think this as well.

Allen's play is why the speculation about Newton's future has dramatically intensified. NFL Network's Willie McGinest said during the pregame show that this is now Allen's team and that Newton won't be back this year or next. Ian Rapoport of the same network reported (also during the pregame) that if Carolina keeps winning, then Allen could keep the job. Well, the Panthers won again.

What McGinest, a three-time Super Bowl winner with the Patriots, said isn't a hot take; it's barely lukewarm. The idea that a team might stick with a hot hand is also not a particularly nuclear view. Trading an older player with a $21 million salary cap number (per Spotrac) for next year, one who is also perennially injured, is about as flaming a take as an ice cube in a glass of water.

Allen's numbers aren't splashy, but they are better than Newton's this season. In four games, he's completed 65.6 percent of his passes, while Newton completed 56.2 percent in two starts. Allen has seven touchdowns without an interception. Newton didn’t have one passing score but tossed a pick. The Panthers average 31.3 points per game with Allen, while Newton's offense averaged 20.5.

The offense looks better, and Allen stays on the field.

No one is untouchable in this league. Not even a special talent like Newton.

Take emotions out of it. Take Newton's historic place in the game out of it. Keeping Allen as the starter makes sense. Trading Newton might also make sense.

The problem the Panthers face with Newton is just how much he's been hurt the past two years. He's tough, and that's good, but he's just not reliable. Last year, he fought through a shoulder injury, and this year it's the foot.

The idea of replacing Newton with Allen is something that many in the league have been discussing for weeks. Newton has been one of the more gossiped-about players in the sport this year.

The talk is not that Allen is better. It's that Allen is healthy, and a healthy Allen provides more consistency at the position. What front-office personnel point to is the first Panthers-Bucs matchup of 2019, when a hobbled Newton rushed twice for zero yards and the Panthers failed to score a touchdown.

In the first two games this season, teams crowded the line of scrimmage to stop Christian McCaffrey and make Newton beat them. It's rare for defenses to attack the Panthers that way during the Newton era, but Newton's recent and inflamed injury history made it possible.

Newton has made his mistakes, but overall, he's been a tremendous player and a beacon in Carolina. Like many black quarterbacks throughout NFL history, he's faced tremendous racism and double standards and has handled it all with class and dignity.

He will go in the Hall of Fame one day. As a Rookie of the Year, three-time Pro Bowler and league MVP, he's one of the most productive quarterbacks of his generation.

Still, we might be watching the last days of Newton in Carolina.