"He is an indispensable member of our team who creates the right balance. From the start, he's been awesome. He delivers solutions within our game and is an extraordinary passer who has assisted many of my headed goals."

The 29-year-old joined Los Blancos from Bayern Munich in 2014 on the back of winning the FIFA World Cup with Germany, with whom he has made 94 appearances.

He has since made 236 appearances for Real, contributing 59 assists and 14 goals in that time.

The midfielder has won the UEFA Champions League three times with Madrid and La Liga once, among other honours.

Kroos excels in retaining possession for his side with his almost unerringly accurate distribution, and he uses the ball intelligently to create opportunities for his team-mates, too.

He did as much in Los Blancos' 1-1 draw with Real Valladolid in August:

100% - Toni Kroos completed all of his 53 passes against Real Valladolid and created the most chances of any player in the first half (4). Engine. https://t.co/MuUNqHWHlj

Football writer Manuel Veth and Goal's Ronan Murphy praised him for his showing in Germany's 2-0 win over Northern Ireland on Monday:

@ManuelVeth Some of those Kroos passes were beauties too. Showed his experience, something the team lacks at times. Wonder why?

Bleacher Report's Jack Collins was less impressed, though, and felt his performance was a symptom of decline:

This isn’t to say that it’s not a temporary patch and that he can return to form, or that he’s still not a sublime passer of the ball. I hope that he does and that this is a blip, he was majestic in his prime. But everything I’m seeing is a second off the pace, a fraction behind.

Like the majority of his Real Madrid team-mates, Kroos did not have a season to remember in the 2018-19 campaign.

Though he's yet to turn 30, he does appear to have lost some mobility. That could increasingly become an issue for Real given Luka Modric is 34, so Casemiro may find he has a lot of ground to cover this season to compensate.

Kroos still has four years remaining on his contract at the Santiago Bernabeu, and he has much still to contribute, but the club may wish to bring in another option to share the load in the near future. 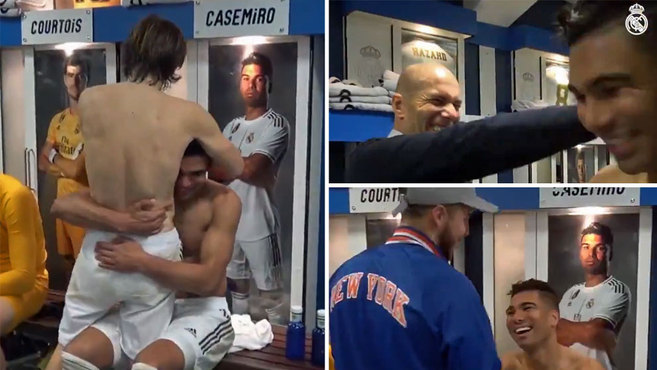