Marcus Rashford has said he had no issue with Paul Pogba taking Manchester United's 68th-minute penalty against Wolverhampton Wanderers in the Premier League on Monday.

Rashford scored from the spot in United's 4-0 thrashing of Chelsea on the opening weekend of the 2019-20 Premier League season.

But when Pogba was fouled in the box by Conor Coady at Molineux with the score at 1-1 on Monday, it was the Frenchman, not Rashford, who stepped up to take the penalty, a strange decision given their recent records:

Marcus Rashford scored from the spot against Chelsea last weekend. He's never missed a penalty as a professional. https://t.co/kbePAEbX44

Pogba duly saw his effort saved by goalkeeper Rui Patricio, and United had to settle for a point.

Rashford, though, said Pogba should not be blamed for United's failure to claim all three points in their second game of the new campaign, per Rob Dawson of ESPN FC:

"Paul wanted to take it, so he took it. Everyone can miss a penalty. He's scored countless penalties for us. It's normal to miss one. We decide who wants to take it. The confidence you are going to score the goal is always the same. We practice all the time. There is no reason why we shouldn't score. It's not on Pogba, it's on the team."

Manager Ole Gunnar Solskjaer was similarly defensive of Pogba, explaining the system in place at United is based on confidence:

"The two of them are confident and good penalty takers. When there are two names there it's the one who's the most confident and Paul has scored so many before so absolutely no problem. Sometimes in a game you do grow in confidence. Sometimes; 'I don't want to take it today because I had a bad day.' I've got absolutely no problem with players walking up and saying, 'this is mine.'"

However, the decision was criticised elsewhere:

Rashford has never missed a penalty; Pogba has missed 4 in the last year. How could it ever be justified for Pogba to take it tonight? #mufc

A decisive moment as Paul Pogba has a penalty saved by Patricio 'Why would Pogba take it?' - @chris_sutton73 FT: #Wolves 1-1 #MUFC Reaction: 📲⚽️https://t.co/0kUniX6SeW #WOLMUN https://t.co/NbfONeKmnt

Inexplicable that Pogba should take the penalty after Rashford took one and scored last week. As a striker that would absolutely do my head in. Particularly if they miss.

Per Dawson, former United defender Gary Neville said on Sky Sports the situation was "not right" that there is not one designated penalty taker:

"This is a Manchester United penalty. This is not tombola [bingo]. This is not five a side. Rashford throws the ball to Pogba. Something is not right."

Wolves were always likely to be tough opponents for United given the Manchester giants failed to win any of their three fixtures against Nuno Espirito Santo's side last season.

But Monday has to go down as a missed opportunity for United to join Liverpool and Arsenal as the only sides with perfect records after two games of the 2019-20 season.

Anthony Martial had put United ahead after 27 minutes before Ruben Neves equalised in the 55th minute, and the penalty offered the perfect opportunity for Solskjaer's side to get back in front.

United's next clash is at home to Crystal Palace on Saturday.

In the corresponding fixture last season, United were held to a frustrating 0-0 draw, a result indicative of a poor campaign.

In order to signify an improvement this season, the Red Devils must win on Saturday, especially given Palace have just a point from their first two games of the season.

Given Pogba's crucial miss on Monday, if United get a penalty for a third league match in a row against the Eagles, Rashford will surely be the one taking it. 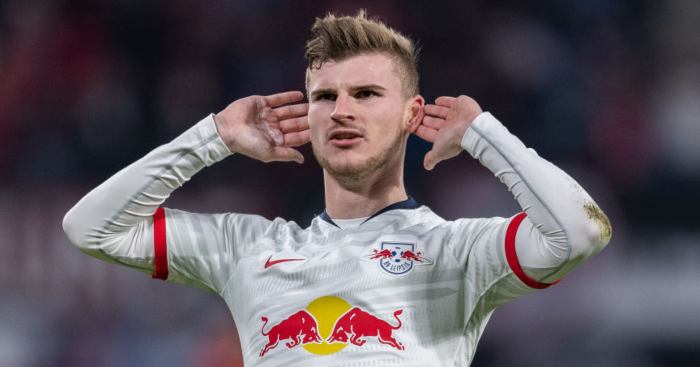 Leo speaks about the mark left by coronavirus across the world