The Atlanta Hawks will be without rookie De'Andre Hunter for the time being because of a dislocated right index finger. He suffered the injury in the fourth quarter of their 104-79 victory over the Golden State Warriors Monday night.

The Hawks confirmed the injury, adding that Hunter's X-rays were negative.

Hunter is expected to play a big role for a young Hawks team in the Eastern Conference. The 22-year-old was instrumental in Virginia's run to a national title last season. He was named to the All-ACC first team and won the National Association of Basketball Coaches Defensive Player of the Year award in 2018-19.

Those accolades, along with immense talent, led to Hunter being drafted No. 4 overall in June's draft. It capped off a meteoric rise for the Pennsylvania native, who was a sixth man for at Virginia during his freshman year in 2017-18.

The Hawks are betting on Hunter becoming their top wing player who can shoot from behind the three-point line and defend the opposing team's best scorer. The early returns are promising with the Virginia product averaging 11.9 points per game, though he needs to improve his 39.4 shooting percentage.

Trae Young will continue running Atlanta's offense, though the Hawks have dealt with several big blows to the roster before Hunter's injury. Forward John Collins is serving a 25-game suspension, while guard Kevin Huerter has been out with a shoulder injury. 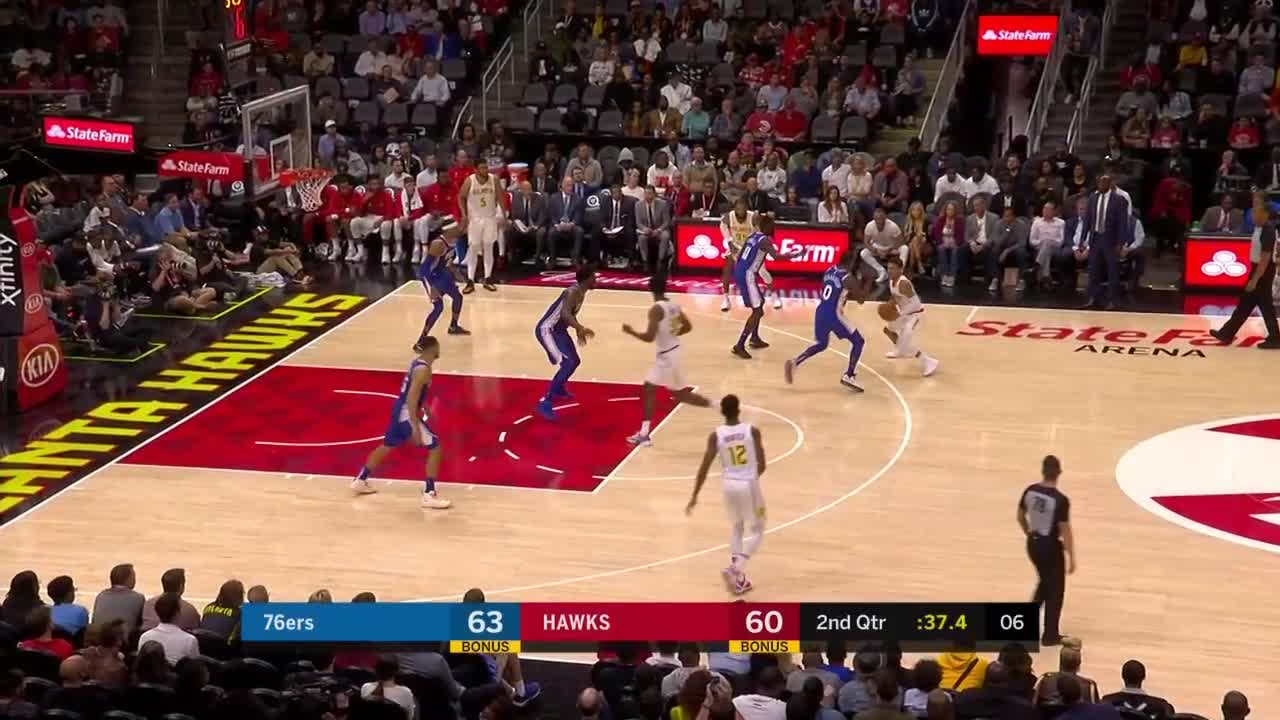 Rookie Cam Reddish, who was drafted No. 10 overall, has been seeing more minutes as a result but will become even more important for head coach Lloyd Pierce should Hunter miss significant time. Evan Turner, in his first season with the Hawks, is listed behind Hunter on the team's depth chart.