Liverpool boss Jurgen Klopp said youngster Rhian Brewster is set for an "important role" in the team this season.

The German discussed the forward after he netted twice in the Reds' 6-0 pre-season friendly win over Tranmere Rovers on Thursday.

"Rhian is a top striker. He is a top talent, and I have told him already that he has an important role this year, but how important depends on him.

"We will see. He has to play different positions as well—the centre, the wing is possible I think. We will see how we line up, but there will be opportunities for him, I am sure."

Brewster, 19, is yet to make a senior appearance for the Reds. The youngster would likely have made his debut by now had he not suffered a serious ankle injury in January 2018 that kept him sidelined for over a year.

He's a promising prospect, though, having won the Golden Boot at the 2017 FIFA Under-17 World Cup with eight goals. He was also awarded the Bronze Ball for his efforts in helping England win the tournament, while team-mate Phil Foden won the Golden Ball.

The striker was named on the bench in Liverpool's UEFA Champions League semi-final second leg against Barcelona and the final with Tottenham Hotspur last season, which shows Klopp's faith in him.

Football writers Leanne Prescott and Jack Lusby were impressed with Brewster's showing during his 45 minutes against Tranmere:

Really impressed with how sharp Brewster looked tonight. Dropped off the defenders, pressed the ball and kept it moving &amp; again displayed what a ruthless finisher he is. 2 goals and an assist in 45 minutes a great start to a huge pre-season for him.

Nice snapshot of what Rhian Brewster can do in that first half. Drops deep to create chances, presses well, finishes with his head and quick on the rebound. Good start. 👌

Although Divock Origi will be the first-choice back-up centre-forward for Liverpool after signing a new contract this summer, Daniel Sturridge's departure leaves open a space for Brewster to fill.

What's more, Roberto Firmino, Mohamed Salah and Sadio Mane have all been involved in international tournaments this summer, which will limit their pre-season preparations.

Mane in particular will have little chance to get ready for the new season since he's still in action at the Africa Cup of Nations.

As such, there's scope for Brewster to enjoy some game time early on in the season, especially if he can continue to impress in their remaining pre-season friendlies. 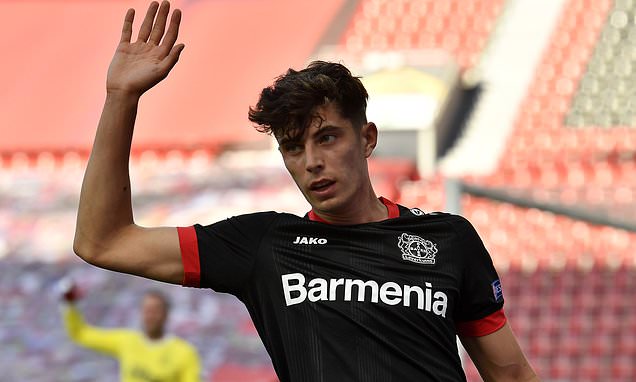