Manchester United forward Marcus Rashford has said a video shared by his team-mate Jesse Lingard of the duo on holiday was a "mistake."

Lingard posted the clip on social media, in which he goes from room-to-room at their hotel in Miami. Expletive language can be heard in the video, while the duo's friend Jamal Branker can be seen simulating sex with a pillow.

The clip prompted criticism of Rashford and Lingard from sections of the United fanbase. The former has said it was an error for his team-mate to post it, per Rob Dawson of ESPN FC.

"I haven't spoken to the manager about it," he said. "From what I saw of it, people have to understand that he was enjoying his holiday, and it was a mistake. There's not really much I can say about that."

Matt Maltby of the Daily Mirror reported manager Ole Gunnar Solskjaer was "furious" after the video emerged and was set to warn Lingard about his use of social media in the future.

Rashford was speaking to the media at a press conference from United's pre-season training camp. The Red Devils are in Perth as they prepare for a tour of Australia and Asia ahead of the new campaign.

Here is more of what the England forward had to say about what's to come in 2019-20:

🗣 @MarcusRashford: "Everyone's positive and we're working harder than ever to put things right. The sessions have been tough so far and we're looking forward to the games." #MUFC #MUTOUR https://t.co/zo564AA5oa

"You always want to score as many goals as you possibly can." 👊 @MarcusRashford discusses his aims and ambitions for 2019/20... #MUFC #MUTOUR https://t.co/BbMNwwQXVB

For United fans, the way in which the previous season finished meant some were never going to look favourably on Lingard's social media activity.

While the appointment of Solskjaer as interim manager in December triggered an upturn in form, the Red Devils slumped in the final stages of the campaign. They picked up just two points from their last five Premier League games, culminating in a 2-0 home defeat to Cardiff City on the final day of the season and a sixth-placed finish.

Although Lingard and Rashford were on holiday in the offseason when the video was posted, Miguel Delaney of The Independent thinks the social media activity stems from a lack of leadership at Old Trafford:

Those lingard videos: look, whatever he’s into, fine. Some of the greatest players ever have been deplorable characters, into far worse at 27. What it prob shows is that there’s no one at United with the brains/measure to take him aside and go “this doesn’t look great. Stop it”

Kadeem Simmonds of the Morning Star said he had no issue with Lingard sharing clips online:

The way Jesse Lingard pisses off United fans by enjoying himself makes me so happy. The guy is on holiday living his best life, hope he posts more videos

Regardless, there will be extra focus on Lingard and Rashford in the early weeks of the season. They will be expected to improve on their performances from last term.

Rashford netted 10 goals in 33 Premier League appearances in 2018-19 and will be keen to make the centre-forward berth his own in the upcoming campaign. Lingard was on the scoresheet four times in 27 top-flight outings and still has work to do to cement his place in the starting XI under Solskjaer. 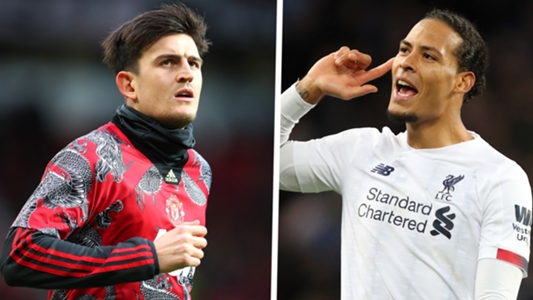 Giggs Opens Up on His Hair Transplant

Giggs Opens Up on His Hair Transplant