War of Will won the 144th Preakness Stakes on Saturday in Baltimore, but the horse to truly embody the most will was Bodexpress.

The race got off to a chaotic start as Bodexpress' jockey, John Velazquez, was thrown off in the shuffle out of the gate. As Velazquez was left sitting on the track, the horse persevered and stole the show.

While Bodexpress ran the whole race, galloping away as unbothered as possible, he was technically listed as a Did Not Finish (DNF).

Warrior's Charge led for the majority of the race before War of Will charged into the lead down the final stretch. The official results have War of Will crossing the finish line first, followed by Everfast and Owendale.

War of Will's first-place triumph comes after posting a less-than-stellar seventh place at the Kentucky Derby on May 4.

Regardless of those results, Bodexpress is the people's champ.

Below is a peek at some of the best Twitter reactions:

Jockey: "I'm gonna take my horse to the old town road" Horse: "Can't nobody tell me nothing" https://t.co/Afykox5Mj5

If that jockey had been a true professional he would have finished the race on foot.

Honestly, that horse without a jockey ran a pretty great race and should maybe consider a career as a jockey.

I have never related more to an athlete than I relate to the jockey-less horse https://t.co/rBdl7OPn2H

Did anyone actually watch the #Preakness? I could not take my eyes off of #Bodeexpress. He is the horse we didn’t realize we needed! What a hero! Him running that race without a jockey and totally free was one of the best things in sports I have seen in a long time. https://t.co/Nxh3ywqYnh

The jockey-less horse is my favorite horse of all time.

Nobody cares who won. The riderless horse deserves a medal, not a disqualification.

There will be no Triple Crown winner this year, but the final stop of the series will be the Belmont Stakes on June 8. 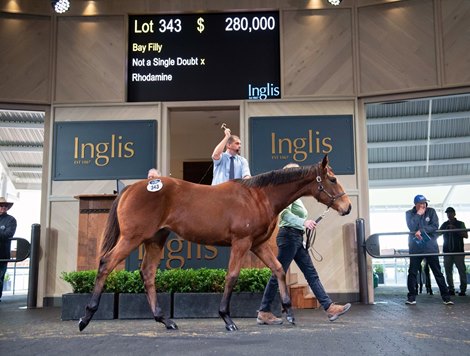