Napoli president Aurelio De Laurentiis has said he would not be surprised if current Chelsea and former Partenopei manager Maurizio Sarri made the move to Juventus this summer.

Sport Mediaset (h/t Football Italia) asked the outspoken Napoli boss about rumours linking Sarri with a switch to Turin on Saturday, and he said Gonzalo Higuain's transfer to the Bianconeri changed his perception of what is possible: "I would not be surprised. Nothing surprises me after what happened with Higuain… In fact, it might be amusing."

He also said Napoli had agreed terms with Massimiliano Allegri before appointing Rafa Benitez in 2013. Allegri instead joined Juventus, guiding the Italian giants to five straight Serie A titles.

The club announced on Friday that the former AC Milan boss will not return to the Juventus bench next season:

With his departure, Juventus' managerial position became the most desirable of the summer transfer window. The Bianconeri have dominated Italian football to the tune of eight straight titles and have routinely shown they have far more resources than their rivals, signing away the likes of Higuain and Miralem Pjanic from domestic rivals Napoli and AS Roma, respectively.

They also landed Cristiano Ronaldo last summer and are likely to add plenty of talent to their squad once the transfer window opens.

The list of potential candidates is a long one. Antonio Conte, Didier Deschamps and Simone Inzaghi have been mentioned most often, but Italian football blogger Raffaele noted there are plenty of other names floating around as well:

Conte is a free agent, while Deschamps coaches the French national team and Inzaghi just won the Coppa Italia with Lazio Roma. Tottenham Hotspur's Mauricio Pochettino will have the chance to win his first trophy on June 1, when his team faces Liverpool in the UEFA Champions League final.

Sarri will also coach in another final, as his Chelsea side face Arsenal on May 29 in the UEFA Europa League final. While he had a successful first season at Stamford Bridge, there were frustrations along the way, explaining why there are rumours of a split this summer.

Chelsea blogger Simon Phillips believes parting with the Italian would be the wrong move:

Listen, I’ve had my frustrations with Maurizio Sarri. But sacking him after finishing 3rd in the league and getting to a domestic and European Cup Final with this squad, would just be absurd in my opinion.

De Laurentiis has repeatedly taken shots at Sarri since he left for Chelsea last summer. In an interview with L'Equipe (h/t MailOnline's Glen Williams) in August, he slammed Sarri for his lack of silverware in three years at Napoli. He also said everyone advised him not to hire the tactician, per Neil McLeman of the Mirror in December.

He also feuded with AS Roma in the summer, saying a "little bird" had told him they have the same owners as Liverpool, per Corriere dello Sport (h/t Football Italia). That prompted this response from Roma President Jim Pallotta:

Pallotta: ‘What do you think @ADeLaurentiis is smoking over there in Naples? If he finds that little bird again, he’ll find out we also own Barca and Bayern’ 🐦

Higuain and Sarri found plenty of success together in Naples, but the Bianconeri poached the Argentinian from their main title rivals in 2016. The forward has since followed Sarri to west London, spending the second half of the 2018-19 campaign on loan with the Blues.

Juventus have two more matches to play with Allegri in Serie A this season, against Atalanta on Sunday and Sampdoria next week. 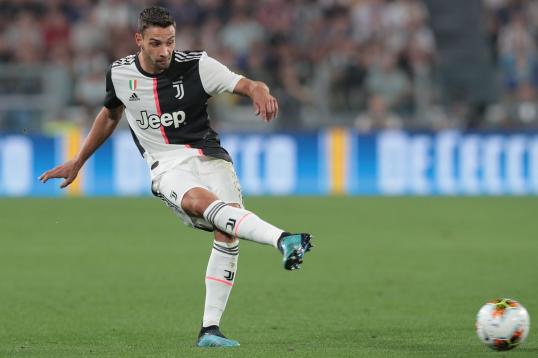